In 2014, Great Britain received an Edición Regional Por Larrañaga in the form of the 6 x 53 Sobresalientes.

Last year saw Edición Regional releases for Great Britain from two different marcas – one from Bolívar and the other from Ramón Allones. Por Larrañaga, which has been one of the most consistently released ERs to date, was strangely missing from the list. Also, if the supposed leaked list from Habanos S.A. is complete and correct, this year is lacking an Edición Regional release from the marca as well.

Since it isn’t looking like we’ll see a new ER from Por Larrañaga anytime soon, when I saw the 2014 release in my pile, I thought it was a good time to revisit it and see how it’s developed in the past year.

As soon as I took the cold draw on this cigar it had the familiar Por Larrañaga taste to it. From cold draw all the way to the end it was what I have become accustomed to from the brand, even down to the profile deterioration—which I experience occasionally in the regular production vitolas—it was as I have tasted before. It was good for the most part, but I was disappointed in the minor burn frustrations and the profile falling apart in the final inch or so. Leading up to that however was an enjoyable profile that I’ve found myself returning to over the years in Por Larrañaga’s various sizes. Having smoked plenty of the 2010 Encantos I have to directly compare the two and say I enjoy the Encantos better, but simply because that’s a little bit more preferable ring gauge for me and possibly because it has four more years of age on it as well. Otherwise this is an enjoyable cigar, but one that might give you a few frustrations along the way. If you can get your hands on these I wouldn’t hesitate to buy a box, smoke one or two now, and put the rest down for a while to see how they develop. I personally look forward to revisiting this cigar further down the line.

The Sobresalientes is still just as enticing and beautiful as it had been, with the medium brown wrapper still soft while not quite being smooth, and still has a nice oily feel to it. There is some give to the cigar – almost in the middle of what I would call hard or squishy. Musty hay and graham cracker sweetness still emanate off the wrapper, while the cold draw remains mostly unchanged as well with sweet hay, graham cracker, a light cinnamon and some very bright pepper.

With the cold draw virtually unchanged, I suppose I shouldn’t be too surprised when the first third starts out almost identical as before. Pepper leads the profile in the first few puffs, with cocoa, hay and cedar in the background. After about an inch the pepper fades and a sweetness replaces it, giving the cigar a very pleasant and enjoyable profile. The second third sees the entrance of cinnamon and and increased sweetness, combining well with the cocoa, hay and cedar. There is a touch of pepper still in the background, but very heavily subdued by the overall sweet nature of the profile. Around the halfway mark everything seems to reverse, with the pepper note growing and the sweetness waning. With the previous two thirds playing out exactly as it did before, I’m expecting the same disappointing finish, but fervently hoping for the opposite. Unfortunately, it does continue down the same road, and the profile starts getting harsh and sour. 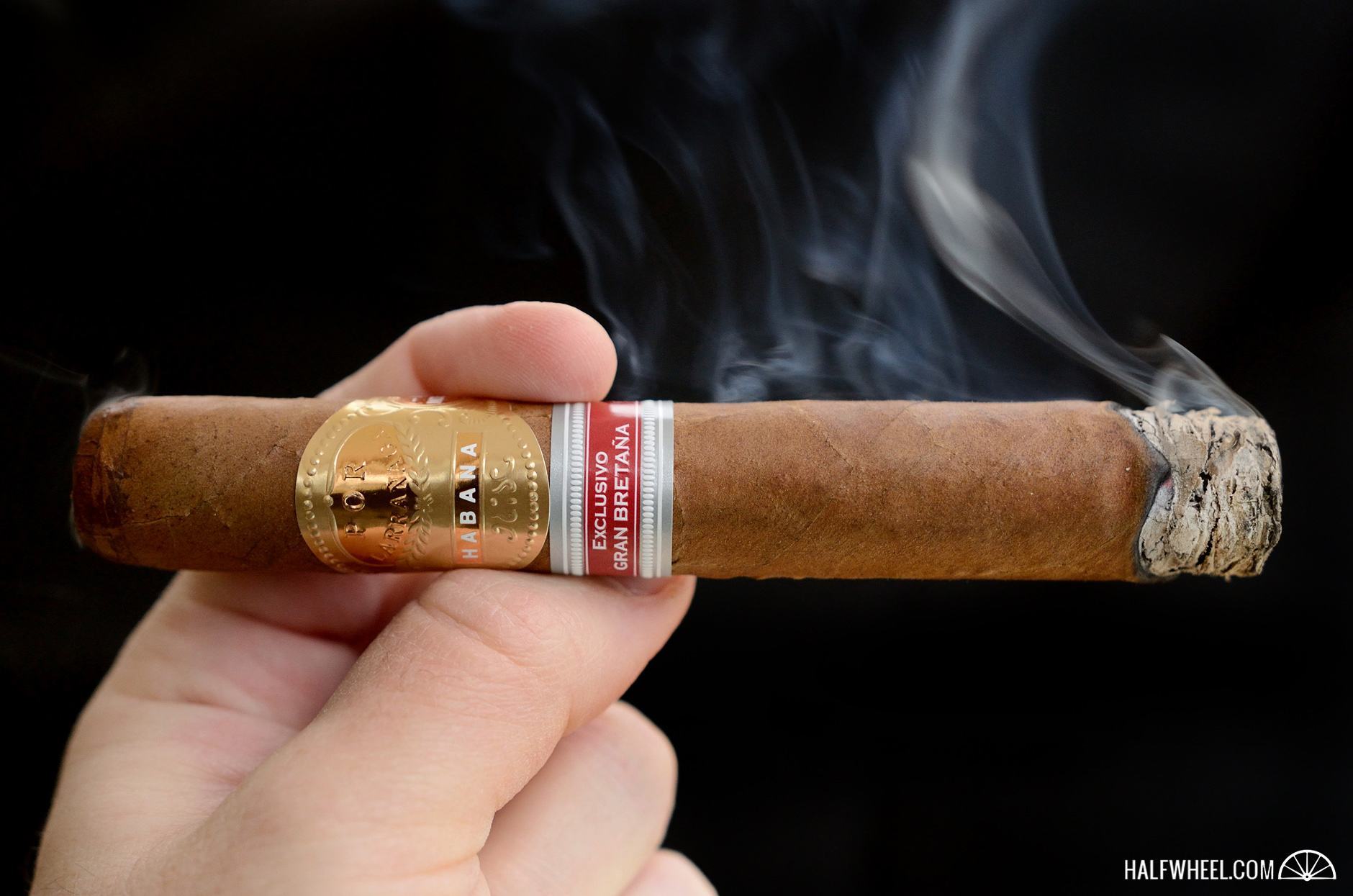 While the profile experience remained unchanged, the construction starts out looking better. The initial burn starts out even, with some dense ash holding together quite well. Smoke production is still plentiful and the draw is still right in the middle of ideal, so everything seems to be looking good at this point. Just at the beginning of the second third though, the burn starts to get a little uncooperative, leaving a large finger of tobacco unlit that needs a touch up. Staying mostly even, I only need to make one more touch up before shifting to the final third. I can tell starting into the final third that things are going to be a struggle however, almost immediately needing a virtual relight. Another few large touch ups later and with the harshness overwhelming, it’s time to make the call to put the cigar down

From the get go, this experience seemed like it was going to almost mirror my exact experience one year ago. Flavors from the cold draw into the lit profile all seemed exactly how I remembered them, which is to say I was thoroughly enjoying them. The burn looked like it wanted to cooperate more to start out, but the deterioration of a solid burn seemed to completely coincide with the deterioration of the profile, which by the final third turned the entire cigar into a mess. I said it before and I’ll repeat it again here - I think the Encantos is a much better ER alternative and will certainly be finding myself reaching for that or a regular production Por Larrañaga over the Sobresalientes. It isn’t a bad cigar however, and if you’re just extremely curious to try these you’ll find positive parts to the experience. Personally though, I’ve experienced enough of them and will move on to other releases.