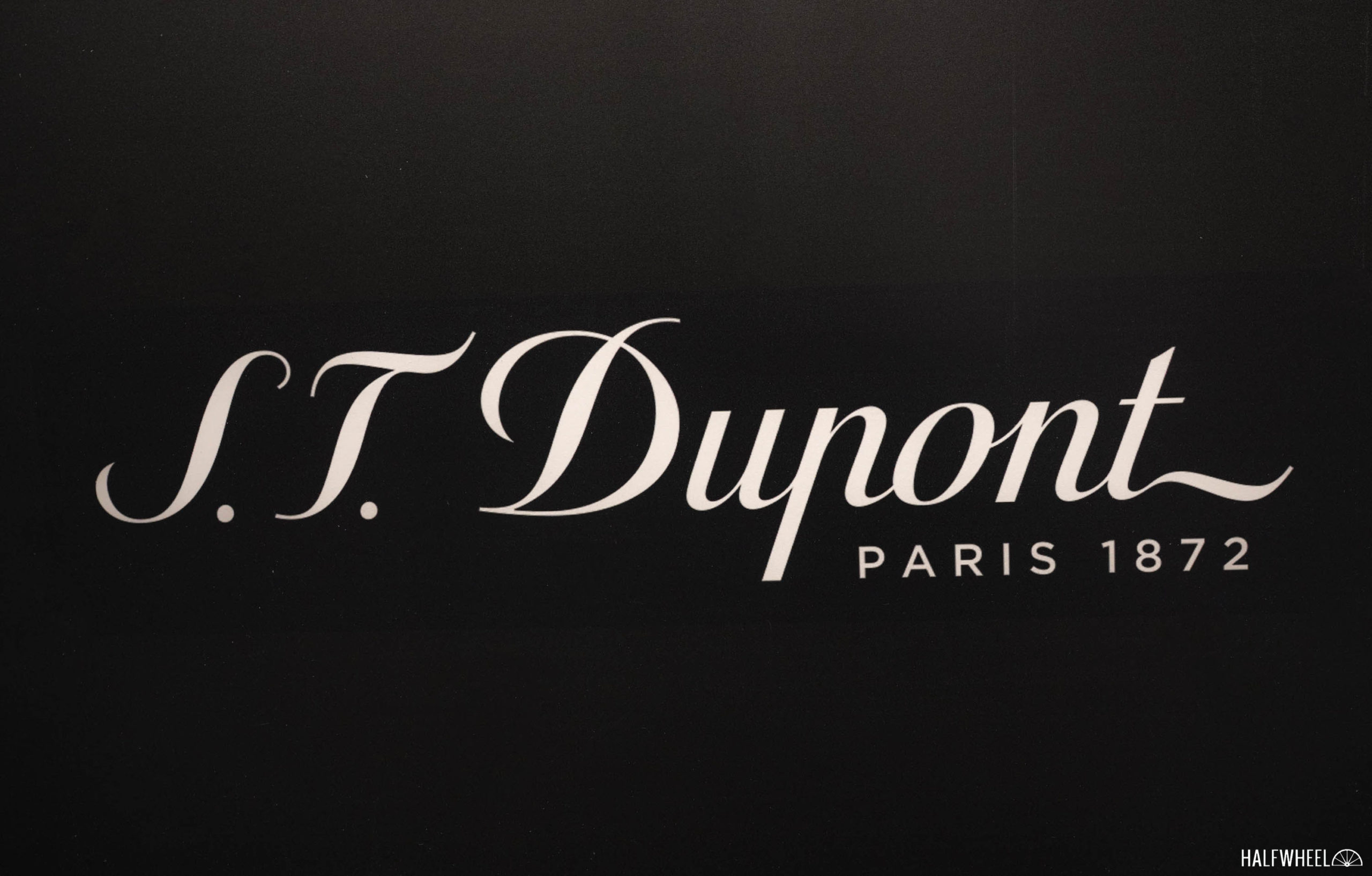 For Brooks Whittington, the trade show work is divided into two parts: those companies that are in the Drew Estate booth and those that are not. Historically, it takes Brooks 2-3 times the amount of time to cover the companies in the Drew Estate booth than it does the other companies. If we were to divide up my trade show assignments in similar two sections based on the amount of work, it would be those companies who are French accessory companies and everyone else. This year, S.T.Dupont has a different set-up than years past. First, from what I understand, there are no French people in the booth this year, a consequence of COVID-19 and travel complications. Secondly, S.T.Dupont is now in its own booth because it is being distributed by Coles of London. The North Carolina-based Coles of London—yes, it’s a bit odd—was previously the American distributor for S.T.Dupont’s pens but is now distributing the entire Dupont portfolio across the U.S. It recently hired Les Mann, who spent nearly a decade distributing S.T.Dupont at one of its former distributors, as its vp of major accounts.

The lack of French S.T.Dupont employees is more notable than just a fun fact. Typically, S.T.Dupont’s distributor will have a list of items it expects to show off at a given trade show. Then, the French will arrive from Paris with dozens of other items, including something crazy, like a water lighter. It’s always a fun game to play when walking into the Dupont booth: how much unplanned craziness ended up in display cases? This year, the answer was more or less nothing, though there were still a few surprises it seems. This is the big, new collection for S.T.Dupont for 2021. It’s inspired by space, which isn’t the first time this has happened, though this time seems more focused on what’s out there versus a specific event, like landing on the moon. I will admit, this isn’t for me but if you love space or this aesthetic, S.T.Dupont went all out. The flagship piece is this Ligne 2 ($3,495, lighter only) which has various space elements: a flip-down radar dish on the lid, lacquer designed to look like the galaxy, the bottom pieces are made to mimic solar covers. If you want the base, you are going to need to spend at least $5,250 for the Prestige Smoking Kit, which also comes with an ashtray. The accompanying pen is also offered with or without its launchpad stand. From what I can tell, some assembly is required for the launchpad.

Both the Smoking and Writing Kits are limited to 399 numbered pieces.

As always, there’s something a little bit more. The $11,995 Space Odyssey Collector’s Set includes the Prestige Ligne 2 with base, Prestige Pen with base, ashtray, inkwell and cufflinks. It too is limited to 399 numbered pieces. The lights in the case aren’t helping this, but there’s also the Premium Series, which is less premium than the Prestige. It also has Ligne 2 Lighter ($1,995) and various pens. The Prestige Line 2 lighter and Prestige writing instruments are each limited to 999 numbered pieces. This will actually be a three-item collection, though only one seemed to make it to Las Vegas. There’s the pictured Ligne 2 Perfect Ping ($1,450) as well as the MaxiJet lighter ($250) and MaxiJet Cutter ($220) The dual-flame Le Grand, which has both a soft flame and a torch in a single body, is now offered in the Le Grand Brown Derby colorway. My recommendation is to save $100 and buy the Sunburst Blue one, which you can sort of see in the background on the right, but to each their own.

I didn’t think these were new because I’m 99 percent sure I’ve seen them before, but S.T.Dupont’s pricelist has these as new. My favorite one to consider stealing from Les Mann, err—buying from Les Mann—is the Blue Laquer/Rose Gold. I don’t need another fighter but I’ll admit the pings on these are louder than my existing S.T.Dupont Ligne 2s, the reason I haven’t purchased one yet is that the designs just aren’t as interesting as the Ligne 2s, yet. 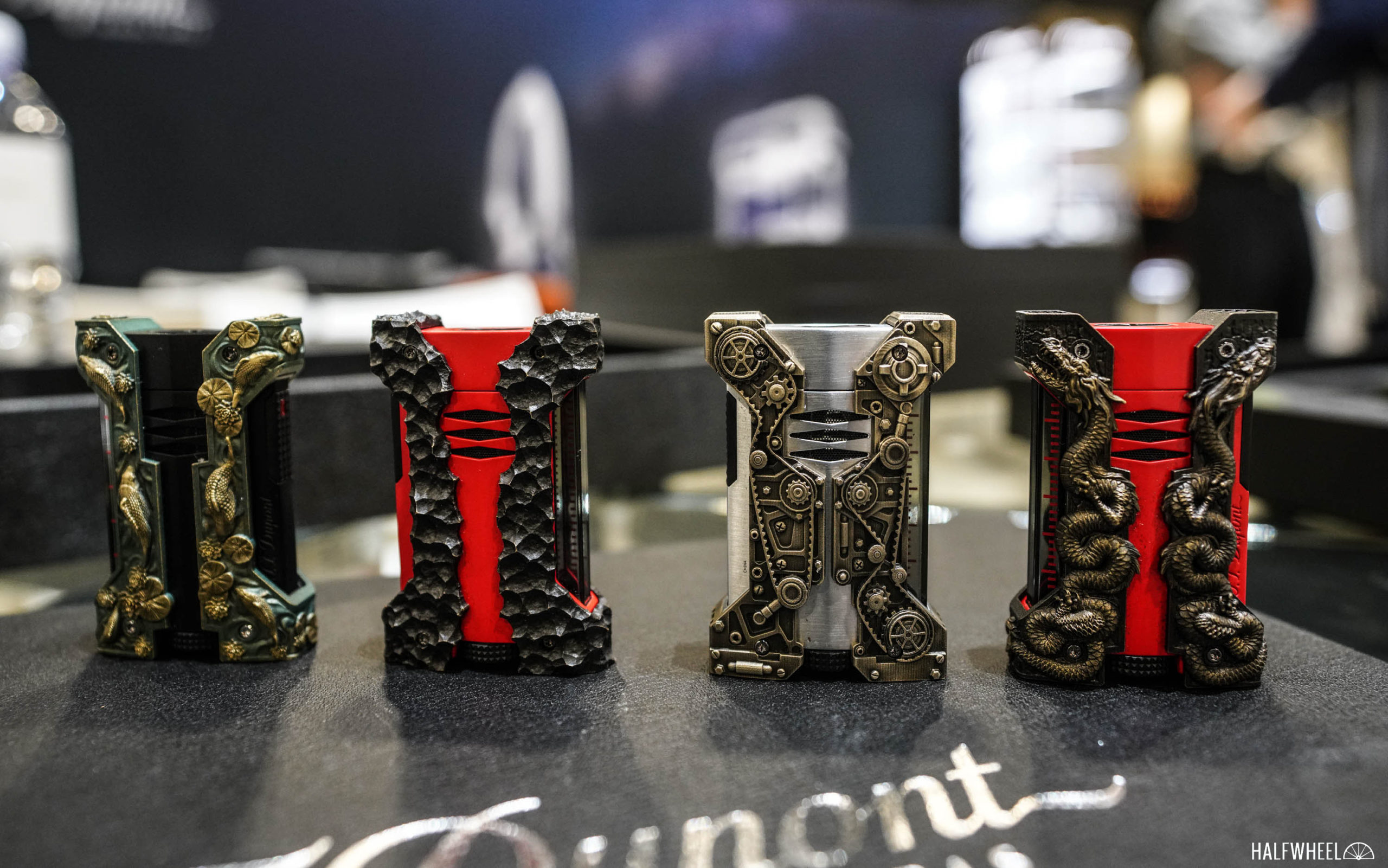 What happens when you take the double-flame torch Défi XXtrême and added some nice metalwork to it—it kind of looks weird if I’m being honest. The one thing that I can’t get over with these pieces is that S.T.Dupont didn’t use of the more interesting color bases. Given that this is Haute Creation, I’m guessing you can request a specific color if you wanted, but it’s just a bit odd. The pieces felt fine in the hand, though I can’t imagine they would be great in your pocket.

I don’t know which artist was responsible for creating these. A break for the green and orange marathon: there’s an all-copper Megajet. Apparently, there may also be a golden one too. 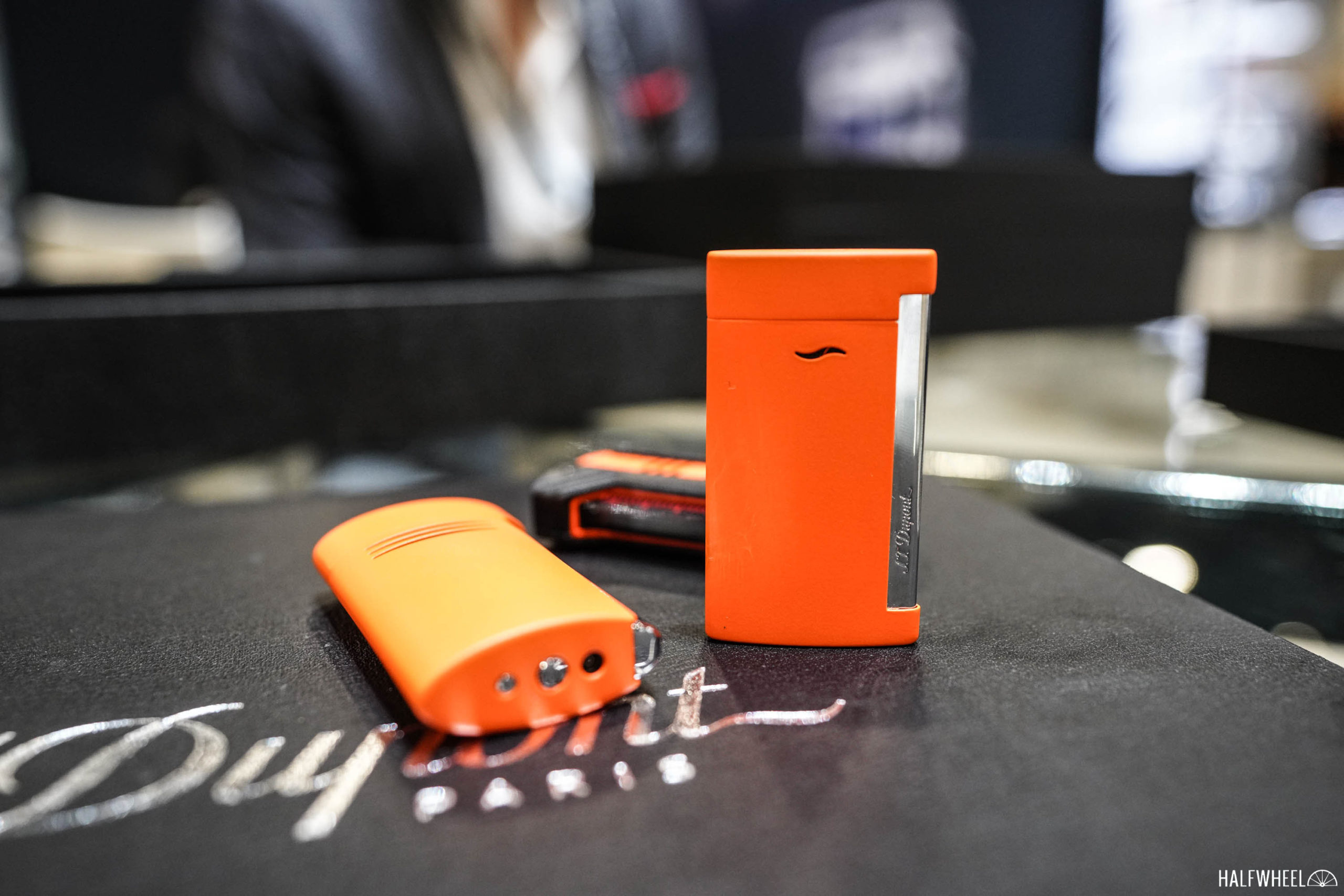 The relatively new Megajet also gets the same color options. The Megajet is a larger, but still pocket-friendly, flat-flame torch. S.T.Dupont has been adding new colors to Slim 7 quite frequently, so the only surprise here is that the slim lighter wasn’t already offered in these two colors.