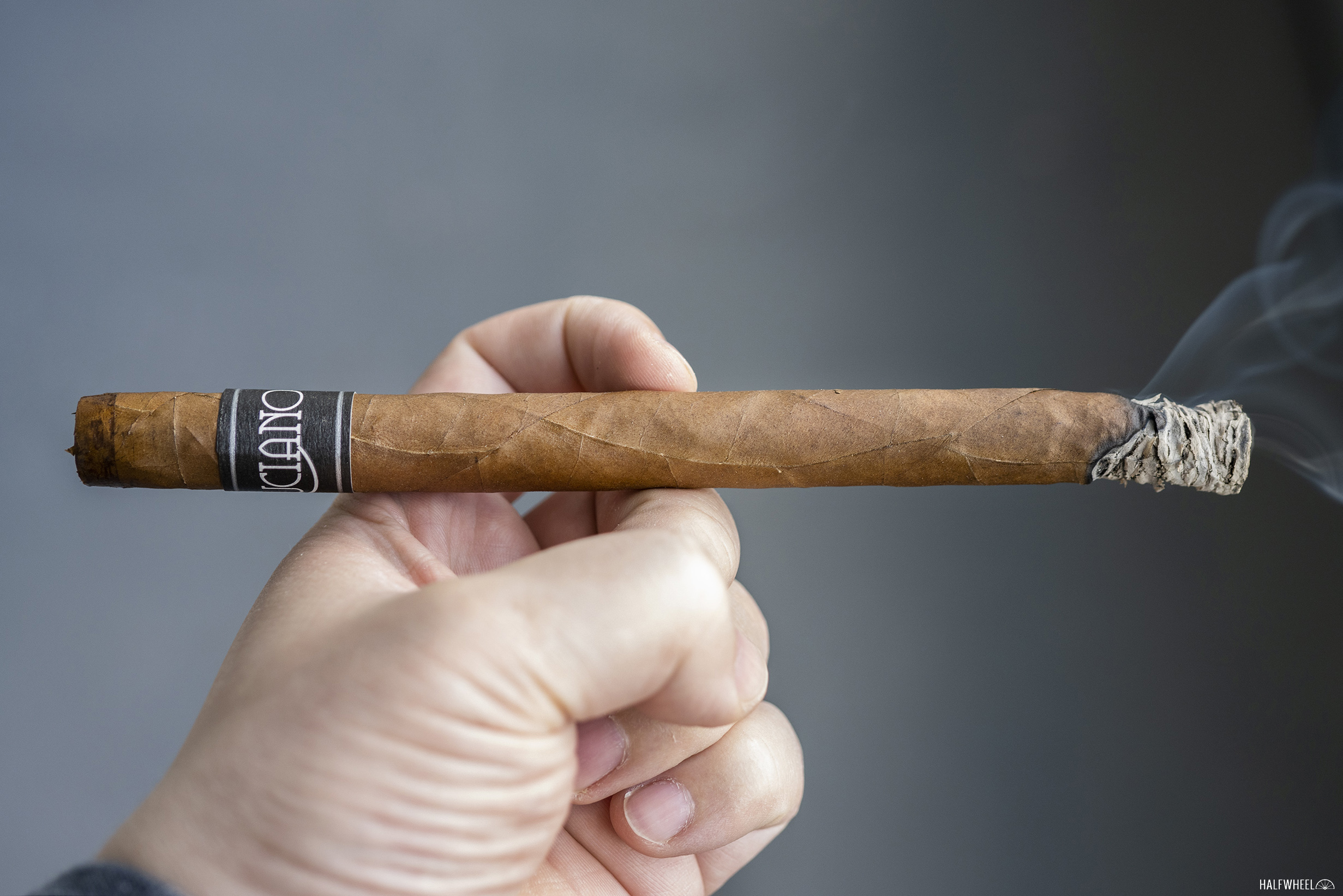 If any company has made a splash in the last year, it’s ACE Prime.

The company announced its foray into selling its own cigar by announcing a variety of lines, including cigars made for former NBA players Tiago Splitter and Dominque Wilkins. Fast forward to this April, the company announced that it would be distributed in the U.S. by Crowned Heads.

That partnership is a bit more than a typical distribution deal, as Tabacalera Pichardo—the factory which is owned by the same people behind ACE Prime—is also making cigars for Crowned Heads.

Of all those lines introduced last year, the flagship cigar seemed to be Luciano The Traveler, named after Luciano Meirelles, a founder of the company. It was introduced in a single vitola, a 7 x 46 Churchill, using an Ecuadorian Sumatra wrapper over an Ecuadorian binder and Ecuadorian and Peruvian fillers. Some of that filler is pelo de oro, Spanish for golden hair, a tobacco that has been infamously banned in Cuba because of its propensity for mold.

Now there’s a second cigar for the Luciano line, a 7 1/2 x 38 lancero that uses a different blend. The new cigar—Luciano The Dreamer—uses an Ecuadorian Sumatra wrapper over a Nicaraguan binder and fillers from Nicaragua and Peru. 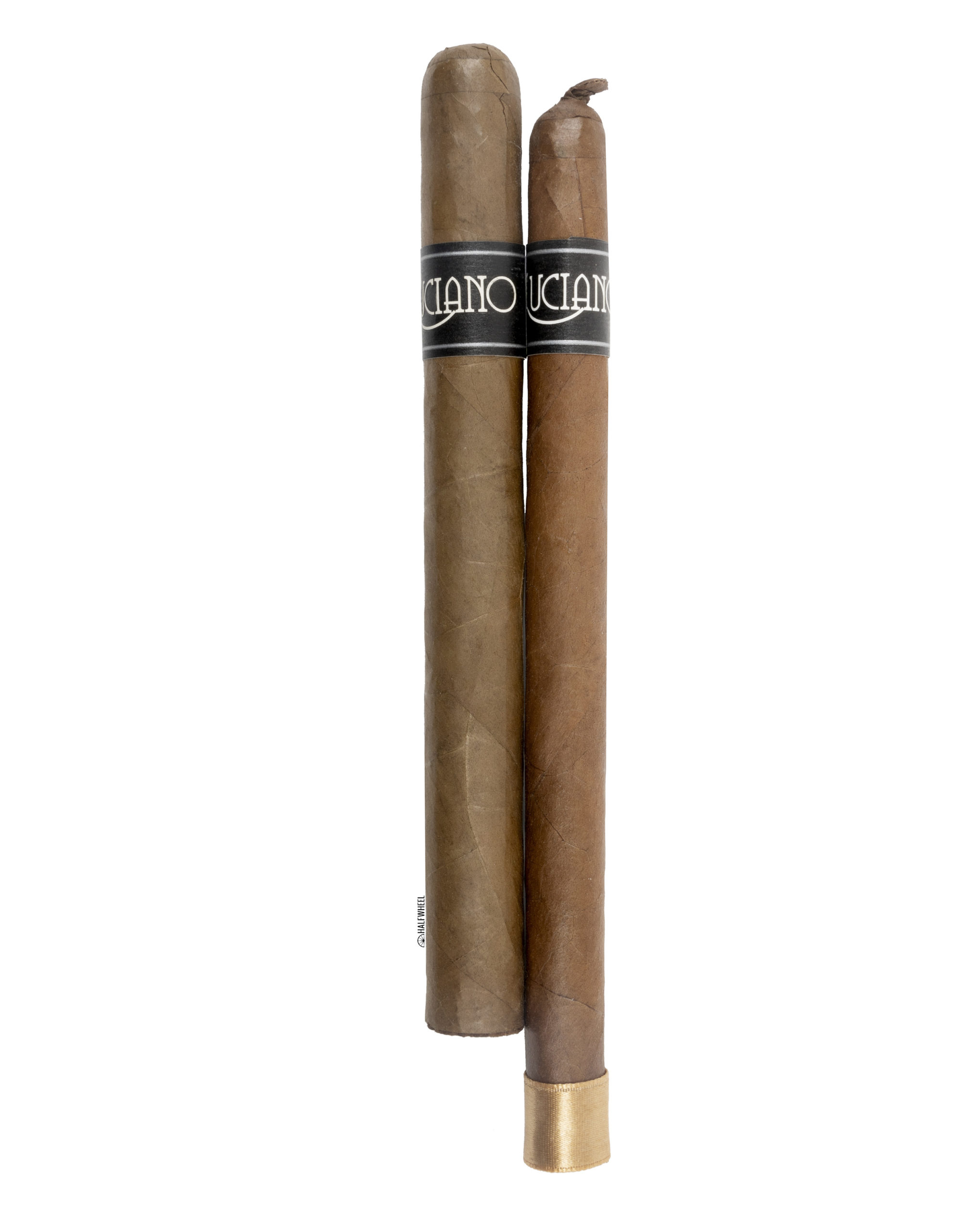 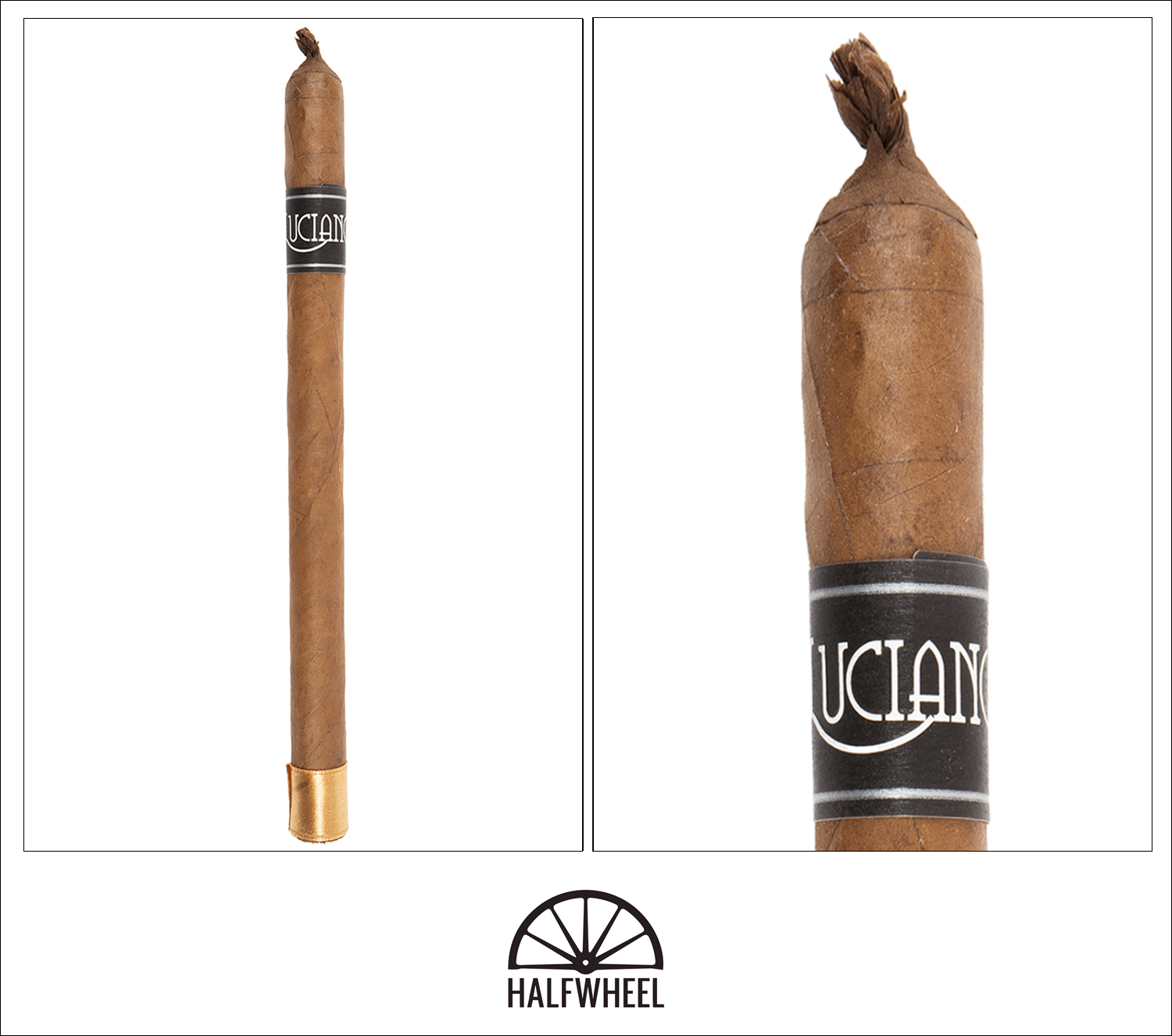 Because of both the main band’s positioning—it’s a bit high up on the cigar—and the slightly taller than average fantail, I’m not sure I would have thought this was the classic 7 1/2 x 38 lancero size. There’s a bit of an illusion because of the top band’s placement, it almost seems a bit longer than it actually is. It’s worth noting that some of the optical illusion also applies to the wrapper. It’s a solid brown color with a few bumps from the filler. Because of the length of the cigar, there might appear to be slightly more veins than you might think there are, though I suspect if I undid the wrapper and laid it out flat, the leaf would actually have far fewer veins than most wrappers. The aroma from the cigars—which don’t come in cellophane—has leather and some acidity, though the overall aroma isn’t particularly strong. The foot is a medium-full mixture of raisins, brown sugar, coffee and a citrus-like acidity. Cold draws are a bit different on all three samples. Two are more coffee forward with some fruitiness and creaminess. One of those cigars has a bit of a watered-down ginger ale flavor, while the third cigar tastes like an oatmeal stout.

The Dreamer begins with some burnt chocolate chip cookies, wet leaves, earthiness and leather. It’s medium-full in intensity, though a few puffs later it’s pretty clear that it’s going to ramp up to full. The profile is hard to nail down as some puffs are different than others. Most of the puffs are a mixture of cedar and oak with some sourness and harshness underneath. Some puffs have a funky fruit flavor sensation. The finish has burnt coffee, a roux-like creaminess, Montreal steak seasoning and black pepper. The retrohales can be a pedestrian mixture of woods and harshness, or they can be something truly different. Some of them—probably just under 40 percent—are funky. There’s floral flavors, mustard and a bit of a stinky cheese characteristic to it. Flavor is full, body is medium-full and strength is medium-plus. The draw is open for a lancero, which means that there aren’t any issues with a tight draw or copious amounts of smoke production. The downside is that smoke production isn’t particularly consistent.

Everything takes on a burnt flavor in the second third, something I can’t seem to attribute to the tobaccos or how they were bunched. The open draw means I’m smoking much quicker than I’d like and routinely taking double or triple puffs. Fortunately, I think the profile is actually more enjoyable than before. There’s more of the burnt chocolate chip flavor, a flavor that decidedly reminds me of a burnt roux base and some pineapple-like acidity. It would be really easy to dismiss the profile as just burnt earthiness, but there’s a lot more there. Retrohales have a sharp red pepper, leather and toastiness. The finish is still too sharp to my liking, though there are peanut shells and leather. Flavor is full, body is medium-plus and strength is medium. The open draw really causes problems for The Dreamer in the final third. Even when routinely taking three puffs in quick succession to help keep the cigar burning, it needs multiple touch-ups to keep combustion going. The burn line itself is great, but the smoke production just isn’t where it needs to be. Both the quick puffs and the touch-ups mute the flavor and take away from the nuance of the cigar. It’s creamier with the nuttiness taking over for the more complex roux flavor from before. Behind that is earthiness and some white pepper. Retrohales produce nuttiness and a bit of a liquid smoke flavor, though there’s still some touches of fruitiness here and there. It finishes with some white pepper and nuttiness, though it’s a bit more pedestrian than the first two thirds. Flavor is full, body is medium-plus and strength is medium-plus. At times, the Luciano The Dreamer delivers some fantastically complex notes that I’d want to get from a $15 lancero. But for a lot of the cigar, it’s more average. The underlying pepper from the first two thirds gives an impression that this cigar could use more time, though I’m not sure how necessary that actually is. The bigger issue is the draw, which just needs to be a touch tighter in my opinion. It’s almost like this cigar was constructed with the intent of not making a lancero with a tight draw, but the results are a bit overboard and ended up creating their own construction issues. This is a flavor profile that demands you to pay a lot more attention than most cigars, but the reward is, at times, a very unique cigar.