Considering that A.C.E. Prime—the acronym stands for A Cuban Experience—debuted 11 than skus during this year’s IPCPR Convention & Trade Show—including blends made in collaboration with former NBA players Dominique Wilkins and Tiago Splitter—it would not be surprising that some of the other releases might get lost in the shuffle. 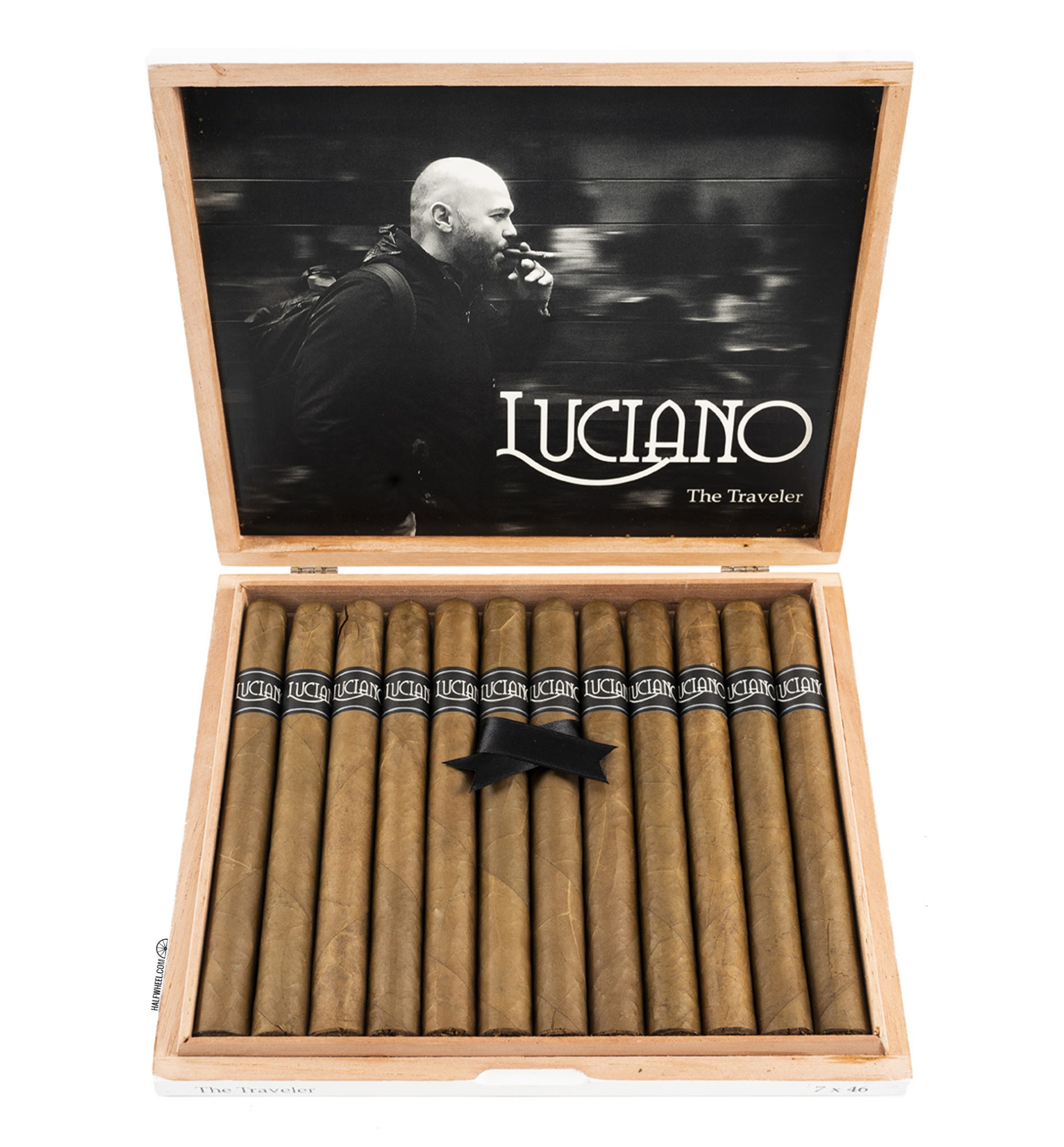 One of those releases is Luciano The Traveler, a singular 7 x 46 vitola named after Luciano Meirelles, A.C.E. Prime’s founder. The Churchill cigar is made up of an Ecuadorian Sumatra wrapper covering pelo de oro—a Spanish term for “golden hair”—tobaccos in the filler grown in both Ecuador and Peru and were rolled at the Tabacalera Pichardo factory, which is perhaps best known for Juárez that it produces for Crowned Heads.

Priced at $17 each, the Luciano The Traveler is packaged in boxes of 12 with only 25,008 total cigars produced. Visually, the Luciano The Traveler is covered in a very pale brown—almost green, in a certain light—wrapper that is exceedingly smooth to the touch with plenty of oil. While none of my samples have any significant damage to the caps that I can see, one of the cigars has some small issues with the foot and one had a massive soft spot—almost a crater—about halfway down between the band and the foot. The aroma from the wrapper and foot is strong anise, leather, cedar, manure, cinnamon and earth, while the cold draw brings flavors of strong grass, earth, barnyard, cedar, slight varnish and a bit of black pepper.

With the slightly green color of the wrapper—albeit only in certain light—I was not totally surprised when the first main flavor I tasted after lighting the foot was a creamy, grassy note interspersed with cedar. Other flavors come and go in various strengths, including perfume, salted peanut shells, leather, earth and cocoa nibs along with a slight orange peel bitterness on the finish that is slowly getting stronger as the first third burns down. There is also a nice amount of white pepper on the retrohale as well as slight spice on my tongue, both of which seem to be holding steady at the moment. The draw is excellent after a straight cut and although the burn is far from razor sharp at any point so far, it is not quite bad enough that it needs touching up. Strength-wise, the cigar hits a point a bit closer to the mild side than medium by the end of the first third, but does seem to be increasing.

Around the start of the second third of The Traveler is when I start to notice a major shift in the profile, from the aforementioned grassy flavor to a much different salted peanut shells note. Other flavors of freshly brewed espresso, leather, dark chocolate, creamy hay and cedar flit in and out as well, along with a new maple sweetness on the finish. The orange peel note on the retrohale from the first third has become a bit stronger as well, but the spice and white pepper have both waned quite a bit. Construction-wise, the Luciano’s burn finally becomes problematic enough that it needs touching up, but the draw is still excellent. As expected, the strength does increase a bit, but the cigar still does not reach the medium mark by the time the second third ends. 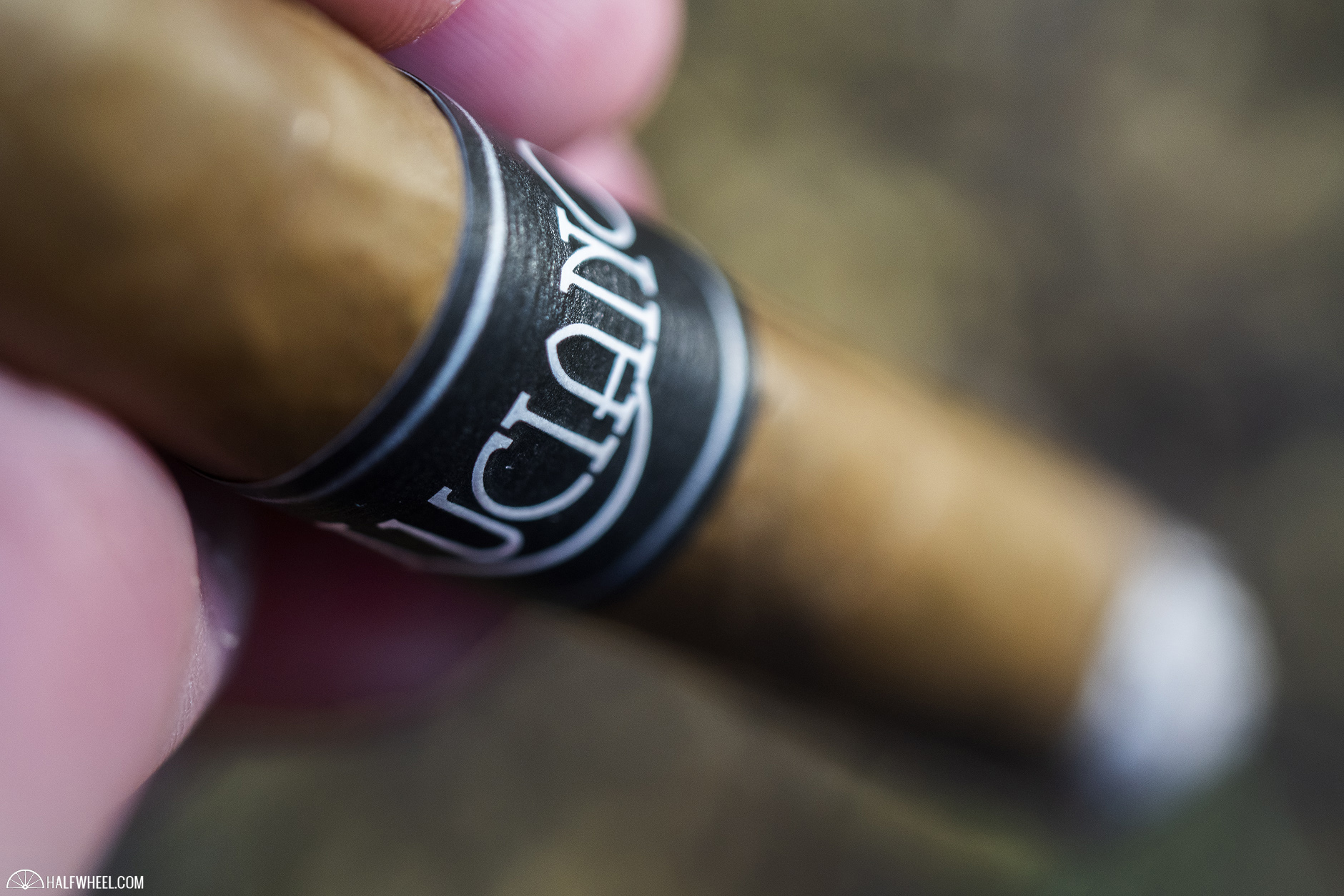 The profile shifts again in the final third of the Luciano The Traveler, with a dark chocolate note taking the dominant spot, with additional flavors that include strong hay, freshly brewed coffee, creamy cedar, leather, earth and a touch of the familiar orange peel and pepper on the retrohale. There is also more maple sweetness on the finish, which really combines well with the dominant flavor in the profile and bumping up the complexity overall. The burn evens up nicely and the draw continues to impress, but the strength ultimately fails to reach the medium point by the time I put the nub down with a tad more than an inch left. 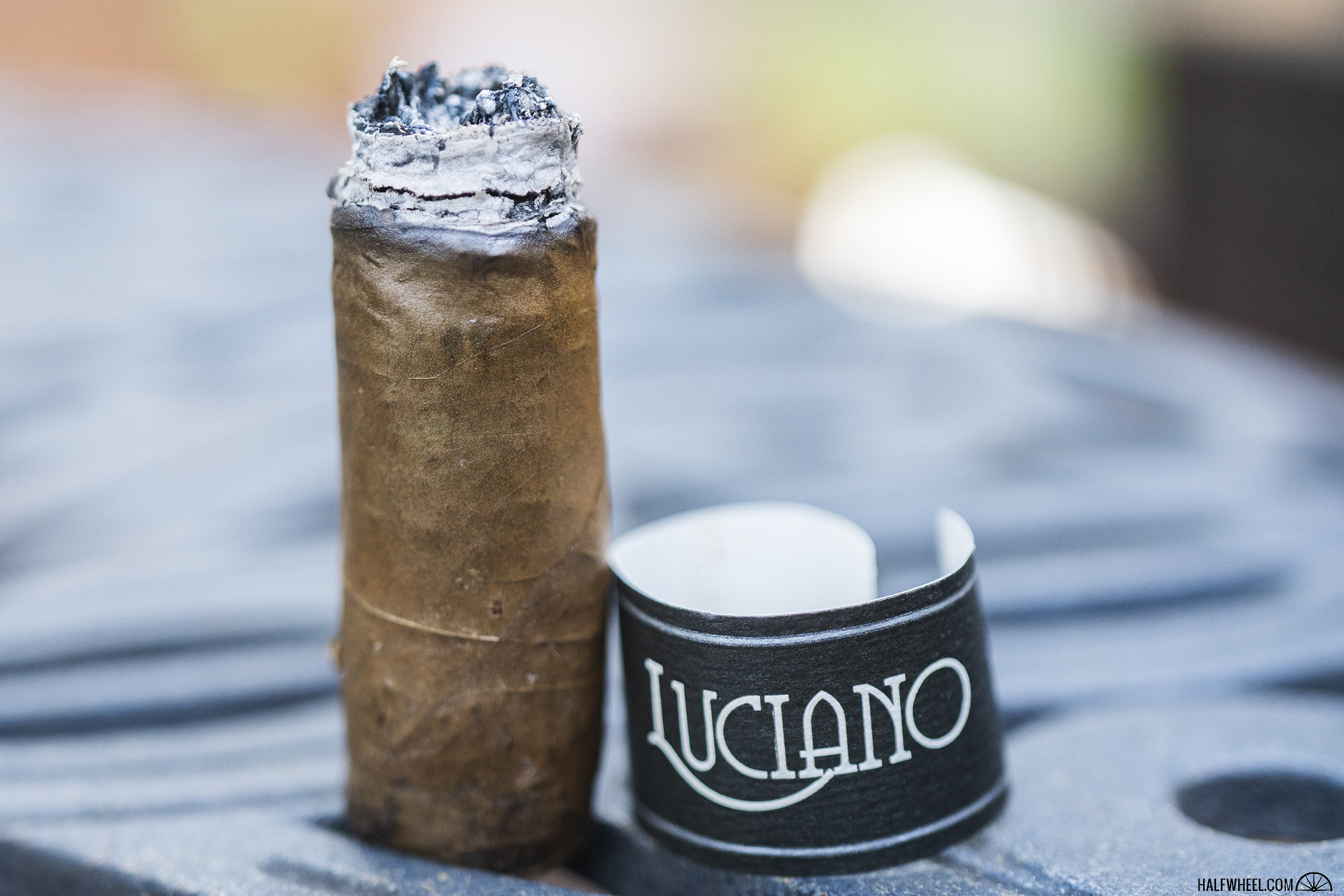 Two facts about the Luciano The Traveler became very apparent before I even finished my first sample: first, these cigars should have never been shipped without cellophane; second, the wrapper on this release is so fragile it might crack if you stare at it too aggressively. Once you get past those issues, the profile of the cigar is quite enjoyable, though it starts off extremely grassy. After the first third, it turns creamy and sweet with dominant flavors constantly changing: from grass and cedar in the first third to salted peanut shells in the second third and dark chocolate in the final third. There were multiple times when the wrapper around the cap cracked and split, but since it occurred above the band, it did not affect the overall burn or construction of the cigar itself. In the end, the Luciano The Traveler is a very good cigar plagued by an overtly grassy first third and potentially significant wrapper issues, but it is well worth fighting through to get to the flavors in the final two thirds.