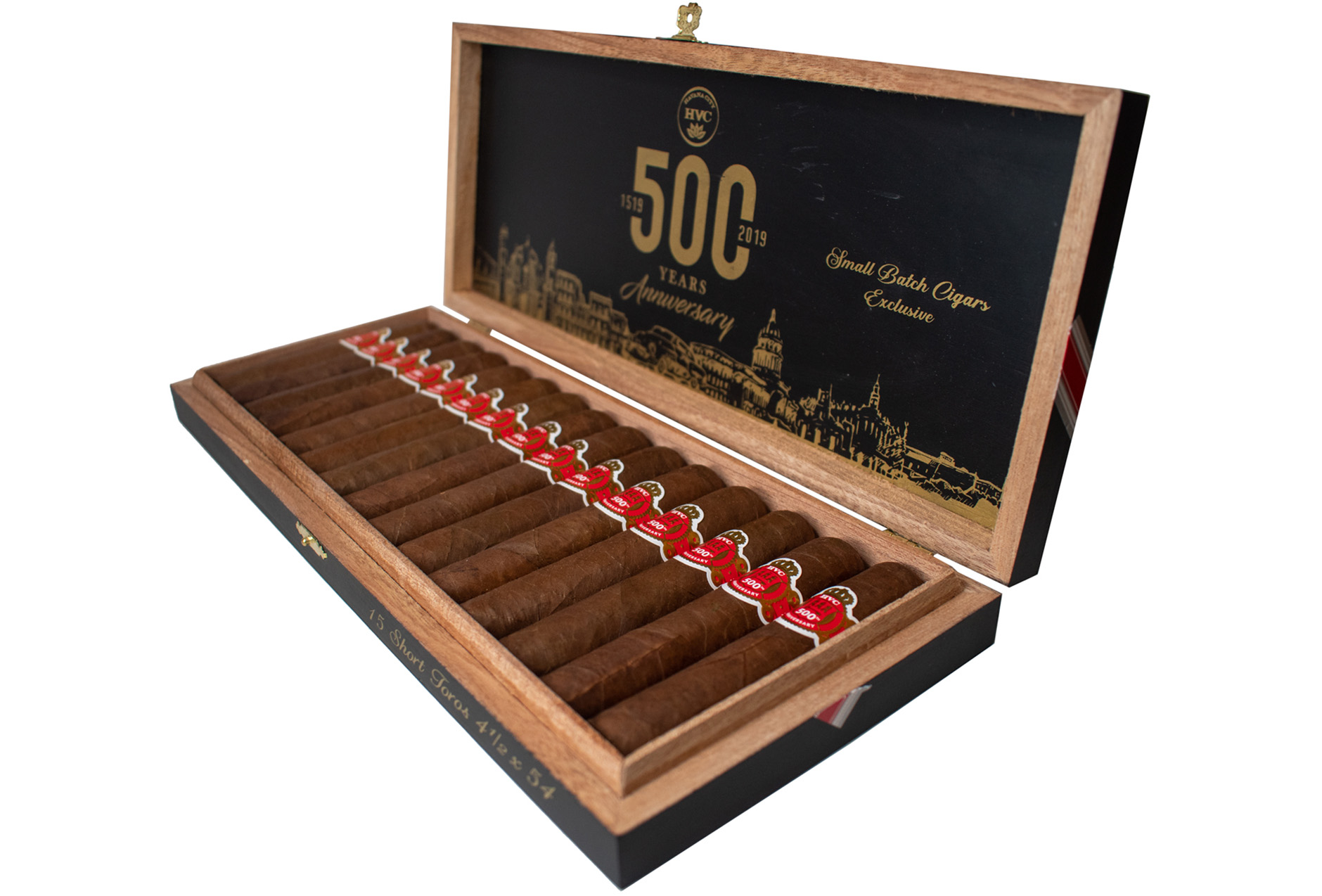 HVC Cigars is adding a new, limited edition vitola for its 500 Anniversary line as an exclusive release to SmallBatchCigar.com.

It is a 4 1/2 x 54 vitola that Reinier Lorenzo is calling the Short Toros. “It’s a project that I’m really proud of; we had been talking about these special sizes on the HVC 500 line for a while with the guys at Small Batch and finally it’s done,” said Reinier Lorenzo of HVC Cigars.

The HVC 500 Anniversary was launched in 2019 as a cigar to recognize and celebrate the 500th anniversary of Havana, Cuba. It is a Nicaraguan puro that uses a corojo 99 wrapper from Jalapa, a binder from Jalapa, and criollo 98 and corojo 99 fillers from the Estelí and Jalapa regions. Lorenzo noted that because of the size, he had to make “a little tweak” to the blend for this size in order to get the balance and clean finish that he looks for from his blends, telling halfwheel that he added a bit more of the Estelí-grown tobacco. A total of 350 boxes of 15 cigars have been produced for the release by Fábrica de Tabacos HVC S.A. de Reinier Lorenzo in Estelí, Nicaragua. That factory is also producing the recently released 6 3/4 x 56 salomon vitola for the line, while AGANORSA Leaf’s Agricola Ganadera Norteña S.A. factory produces the Tesoros and Selectos vitolas, which are also regular production sizes:

Pricing for the HVC 500 Anniversary is set at $11.99 per cigar. They are scheduled to go on sale this afternoon at approximately 3pm PST.