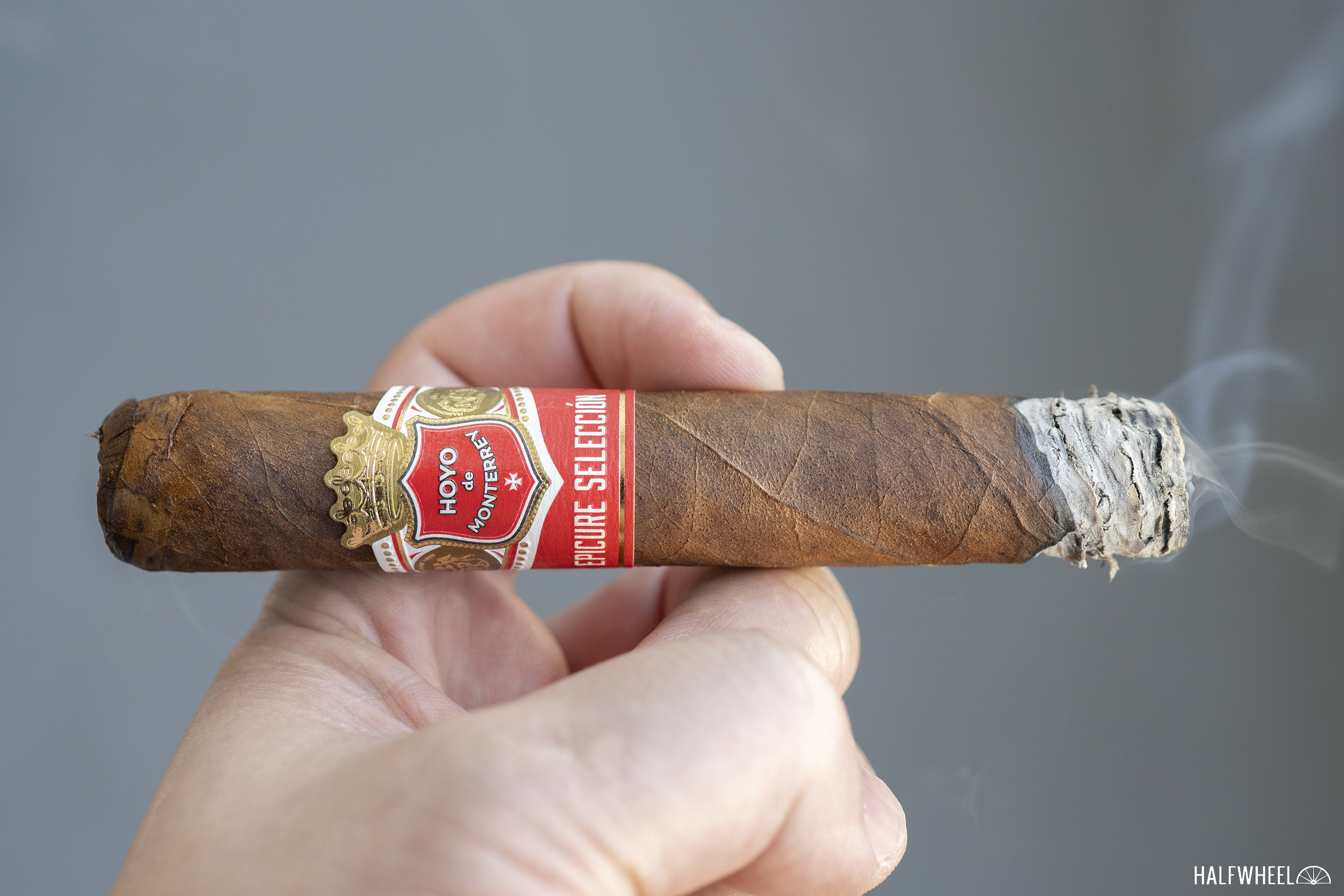 If you asked me what General Cigar Co. has been doing with its version of the Hoyo de Monterrey brand lately, I’d say it’s been focusing on its Hoyo Series. Those cigars have seemed to try to get away from the brand’s Cuban roots, dropping half the name and using much more modern packaging.

That’s why it was surprising to see the company’s latest offering for the brand: Hoyo de Monterrey Epicure Selección.

The name borrows the Cuban brand’s use of the word Epicure for cigars like the Epicure No.1, No.2, Epicure Especial and Epicure de Luxe; and the packaging selected by General is close enough that at first glance you might think Habanos S.A. has introduced another version of that used for the Cuban version.

Those familiar with the Cuban version should pretty quickly realize that this isn’t from the island. The box is a bit too modern—and says “HONDURAS” up top—while the wrappers on the cigars are certainly darker than just about any Cuban Hoyo de Monterrey I’ve smoked.

It goes without saying that General’s version is not Cuban; rather, it’s made entirely of Honduran tobacco. Ot note, the company says the new line is the first to use a proprietary Cuban-seed wrapper. 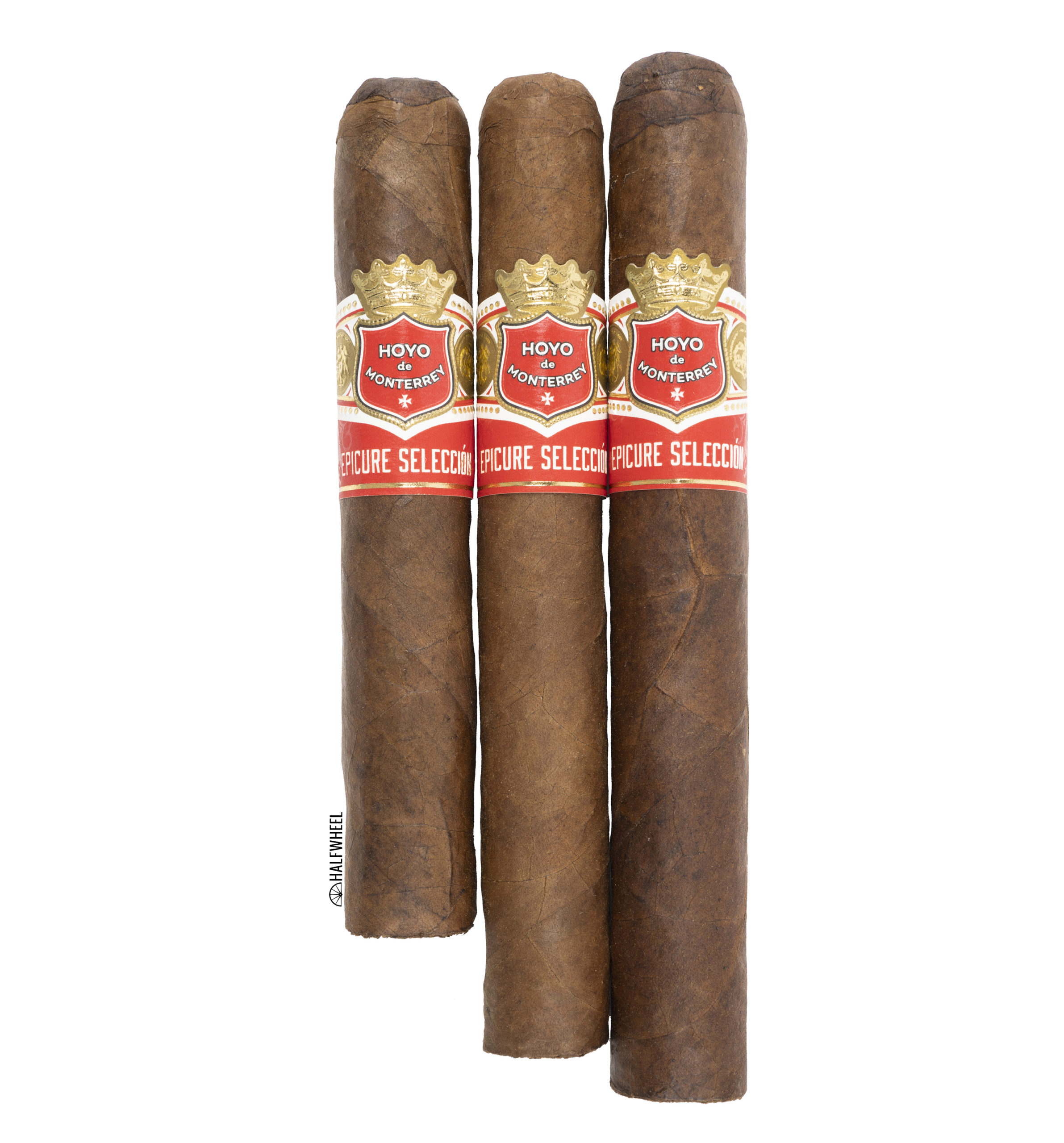 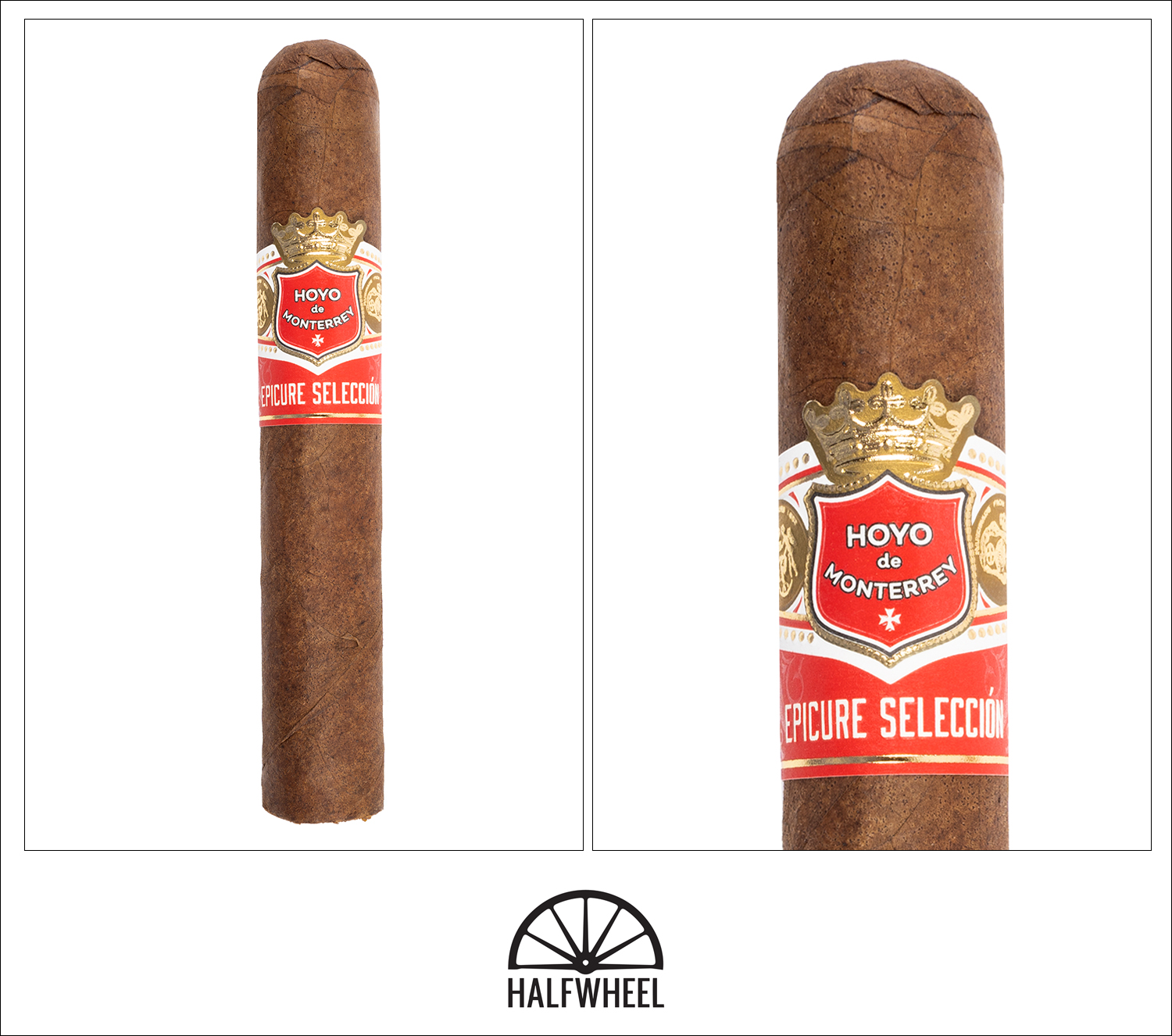 As with the Cuban version of Hoyo de Monterrey, I’m a big fan of the band and it’s quite well done here. I  imagine that just about any color of wrapper would look great paired with the band, but the dark-hued Honduran tobacco does a particularly great job. The cigar is well-rolled with great seams and no noticeable bumps. Aroma from the wrapper has an interesting mixture of mustard, Japanese mayonnaise and some earthiness; altogether around medium-full. The foot is full with wheat, Worcestershire sauce, some mustard, tea and a touch of maple syrup. There’s some funk and I can’t tell if it’s coming from the mustard or if it’s something else given just how much is going on. The cold draw has a very sharp flavor that reminds me of a red wine marinade, a bit of barnyard, some sour fruitiness and a bit of a metallic flavor.

Given all of the interesting flavors I found on the cold draws, I am a bit surprised when the cigar starts out with a muted mixture of earthiness, whiskey flavors and wet leaves. I suppose in one sense, this starts in a somewhat Cuban manner, as I find many Cuban cigars to have a ton of interesting flavors emanating from them before being lit only to be followed by a pedestrian start. The Hoyo de Monterrey Epicure Selección No.2 eventually settles into a more interesting mixture of dry Corn Flakes, a very sharp white pepper and a tea-like flavor. Oddly, if I smoke the cigar faster, the cigar gets a bit sweeter and the sharpness reduces itself, which is rather counterintuitive. Retrohales have peppermint and a more vibrant Corn Flakes-like flavor. The finish has lots of walnuts—reminding me of the first time I tried walnut bitters on their own—some toastiness and margarine-like creaminess. While increased puff rates might decrease the sharpness upfront, when I do smoke faster, the Hoyo de Monterrey has a lot more white pepper on the finish. Flavor is full, body is medium-full and strength is medium-plus. Construction is fantastic on all three cigars.

The second third brings about an increase in the grainy characteristics compared to the first third. Given that the overall profile shifts quite a bit, I’m not sure I’d call that specific sensation a progression as much as it’s a similar flavor as to what I was getting in the first third. In addition, the Hoyo de Monterrey adds a raspberry sweetness, a grilled tomato flavor, and some creaminess. Retrohales are very similar to the first third, just a tad bit muted in comparison. The finish is now my favorite part of the Epicure Selección No.2, a crisp freshly-baked potato chip before sunflower seeds and grainy texture take over. At times it can seem like it’s creamy because it produces a similar mouth feel to creaminess, but I don’t think there’s any actual creaminess on the finish. Flavor is full, body is medium-full and strength is now medium. Construction remains flawless. Continuing the trend of “things that don’t normally happen in most cigars,” I think the profile tastes best right around the one-inch mark. There’s a vibrant earthy flavor, some nuttiness and lavender. All traces of sharpness are removed and the cigar provides me with an incredibly smooth profile. Retroahles have a waffle cone flavor, some meatiness and a dry peanut flavor. The finish is now a mixture of wet leaves, some hamburger-like greasiness and a bit of toasty earth. Flavor is full, body is medium-full and strength is medium. All three cigars burn down well past the one-inch mark with zero construction issues. The number next to the score will not indicate how much I enjoyed smoking the Hoyo de Monterrey Epicure Selección. From its flawless construction to the straight forward flavor profile, this is a cigar that’s very easy to smoke. It’s not the most complex profile and the sharpness in the first half wasn’t great, but the flavor progression makes sense and the end result is a rare occurrence: a cigar that I’ll gladly smoke well past the one-inch nub mark. As with most products from General, it’s likely going to get lost in a rather expansive portfolio that the company keeps adding to, but put all the cigars General makes on a table and ask me to pick one, this would be in the top 10 percent of choices, even if other cigars would score higher. Similar to my thoughts on the Cuban version of the brand, this just seems like a safe bet in terms of providing a good experience as opposed to taking your chances on trying to find the best experience.