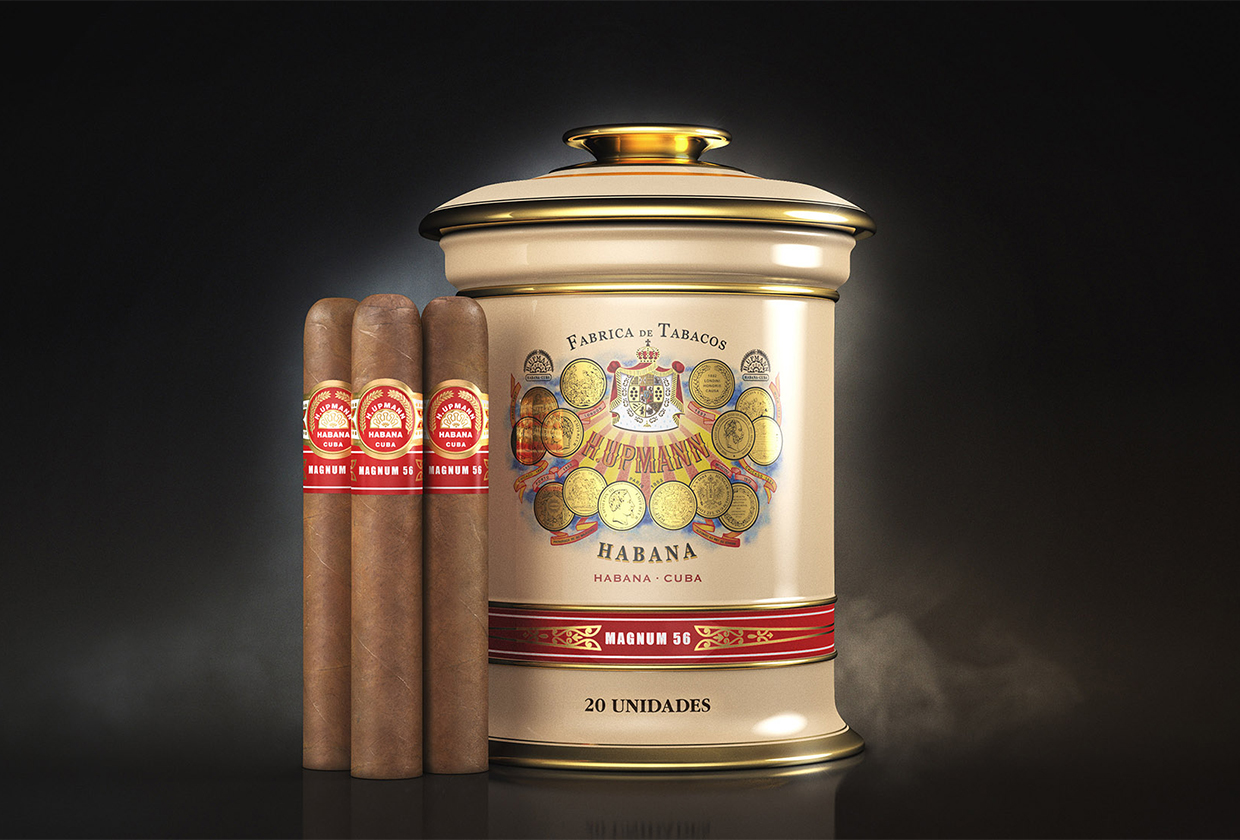 While the COVID-19 pandemic has resulted in a number of cigars being delayed, it is also moving a cigar out of the duty free and travel retail sector and into traditional retailers.

The H. Upmann Magnum 56 is getting a second release this fall via a 20-count ceramic jar that was originally intended for travel and duty free stores when it was announced in October 2019. However, with travel slowed, if not stopped completely in some parts of the world and many of those travel-based retailers closed, a number of distributors are moving the cigars into La Casa del Habano stores and other retailers of Habanos products.

One of the first distributors to confirm the change was Diadema S.P.A., which distributes Habano S.A. products in Italy. The jars were released during the third week of October, with just over 200 jars available in the country. Each is priced at €720, or $841.38.

The same is happening in Switzerland, where the distributor just delivered what was described as a very small amount of the jars to the La Casa del Habano locations in the country. In the Benelux region, consisting of Belgium, Netherlands and Luxembourg, the jars will be available in La Casa del Habano shops as of mid-November.

One place where the move won’t be happening is in Germany due to legal issues of transferring them into the domestic market. This is despite the duty free market being described as “almost dead” by Christoph Puszkar, marketing director of 5th Avenue Products, the Habanos S.A. distributor in the region. However, he was optimistic there might be a way to make the transfer happen, though was doubtful about it being before the end of the year.

The H. Upmann Magnum 56 debuted in 2015 as an Edición Limitada release, meaning that all of the tobaccos used gets two years of aging before being rolled. This new packaging format for the Magnum 56 does not come with the same age statement about the tobaccos used, however. It is a double robusto vitola that is also known as the Magnum 56, measuring 5 9/10 inches (150mm) long with a 56 ring gauge, and only appears in the H. Upmann portfolio.