The first of the two 2015 Edición Limitadas from Habanos S.A. has arrived in Switzerland, as the H. Upmann Magnum 56 began showing up on the shelves of La Casa del Habano stores in the area this week. 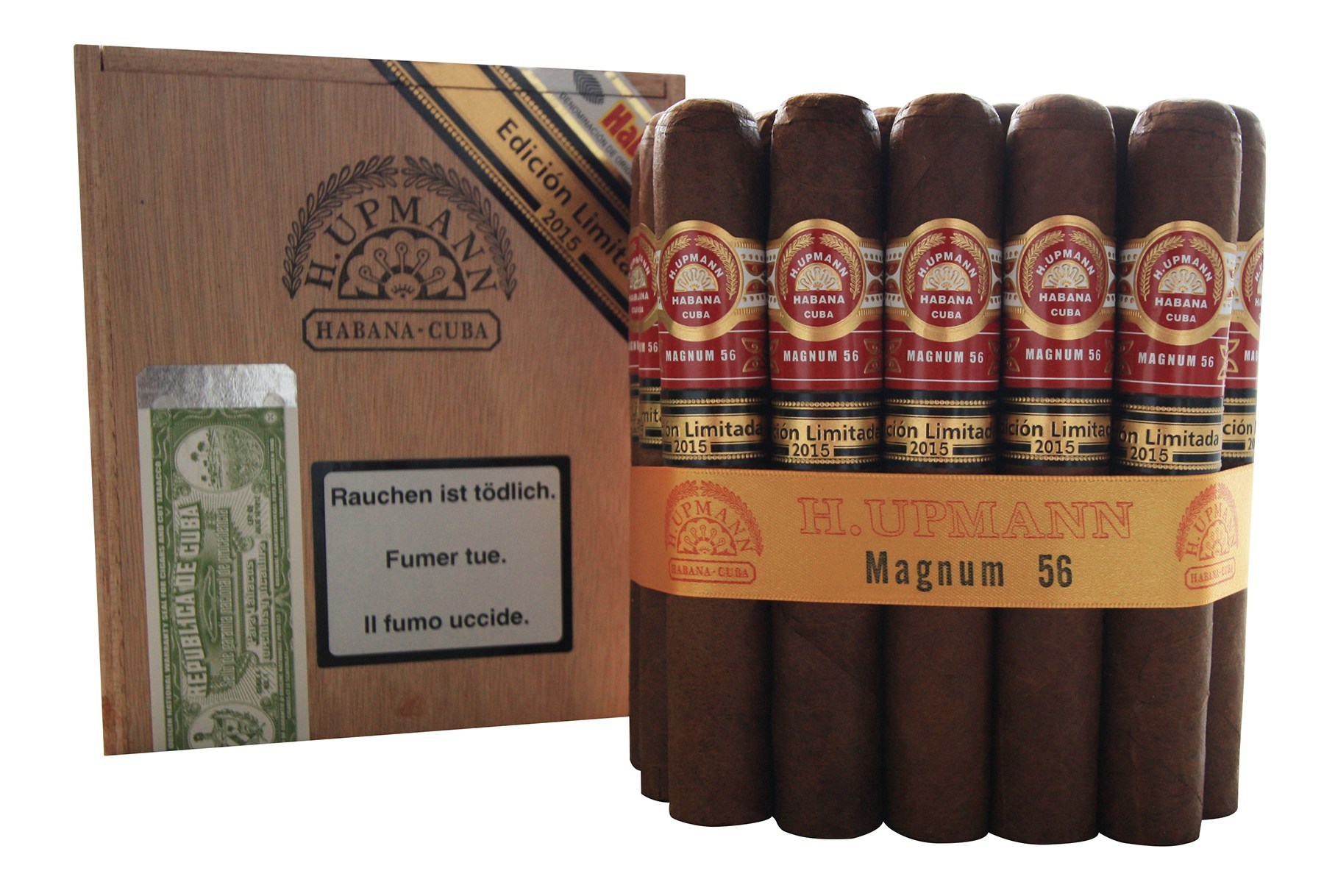 The new cigar is a Double Robusto that measures 5 9/10 x 56, a girthy stick that continues the Cuban cigar company’s move towards bigger ring gauges.

A representative from Intertabak AG, the Habanos distributor in Switzerland, added that he believed Canada would be one of the next regions to get the cigar, with an arrival slated for early August. While the H. Upmann Magnum 56 EL 2015 is out, there is still no word about the arrival of the H. Upmann No.2 Reserva Cosecha 2010 that was originally scheduled for a 2014 release.