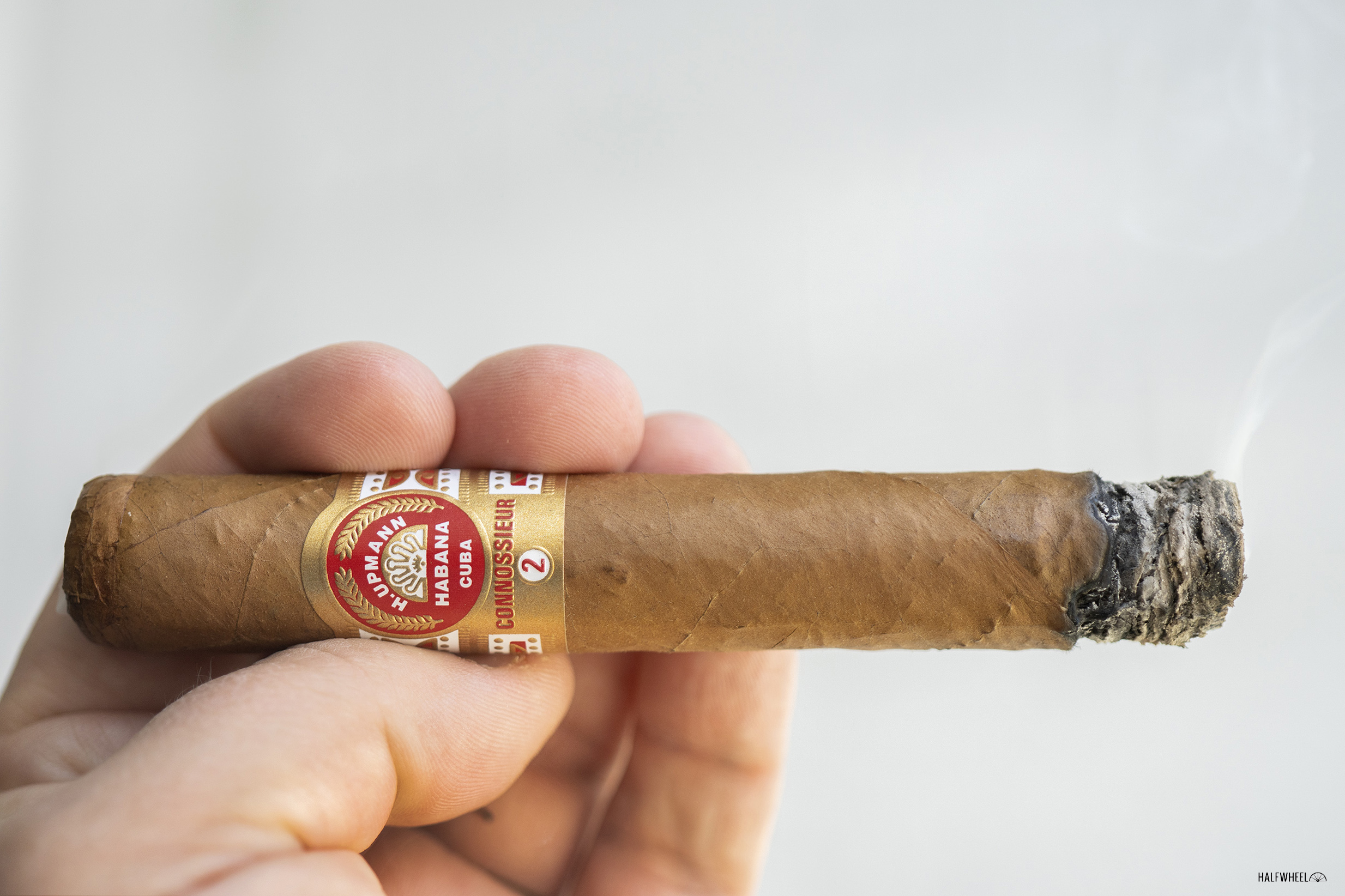 After more than 25 years in existence, there when it comes to cigars there are relatively few vitolas—specifically outside of the 60-80 ring gauge variety—that Habanos S.A. has not released at some point in the past. However, the recently released  H. Upmann Connossieur No.2 meets that standard in at least one way.

Carrying the factory name Bohemios, the Connossieur No.2 is a new vitola that has never been released by Habanos S.A. before and measures 5 1/4 inches (134mm) with a 51 ring gauge. It was introduced during a virtual event in November of last year hosted by 5th Avenue Products Trading-GmbH—which is the distributor of Habanos S.A. products in Germany, Austria and Poland—and was available for consumers to purchase right after the launch in both Germany and Austria. 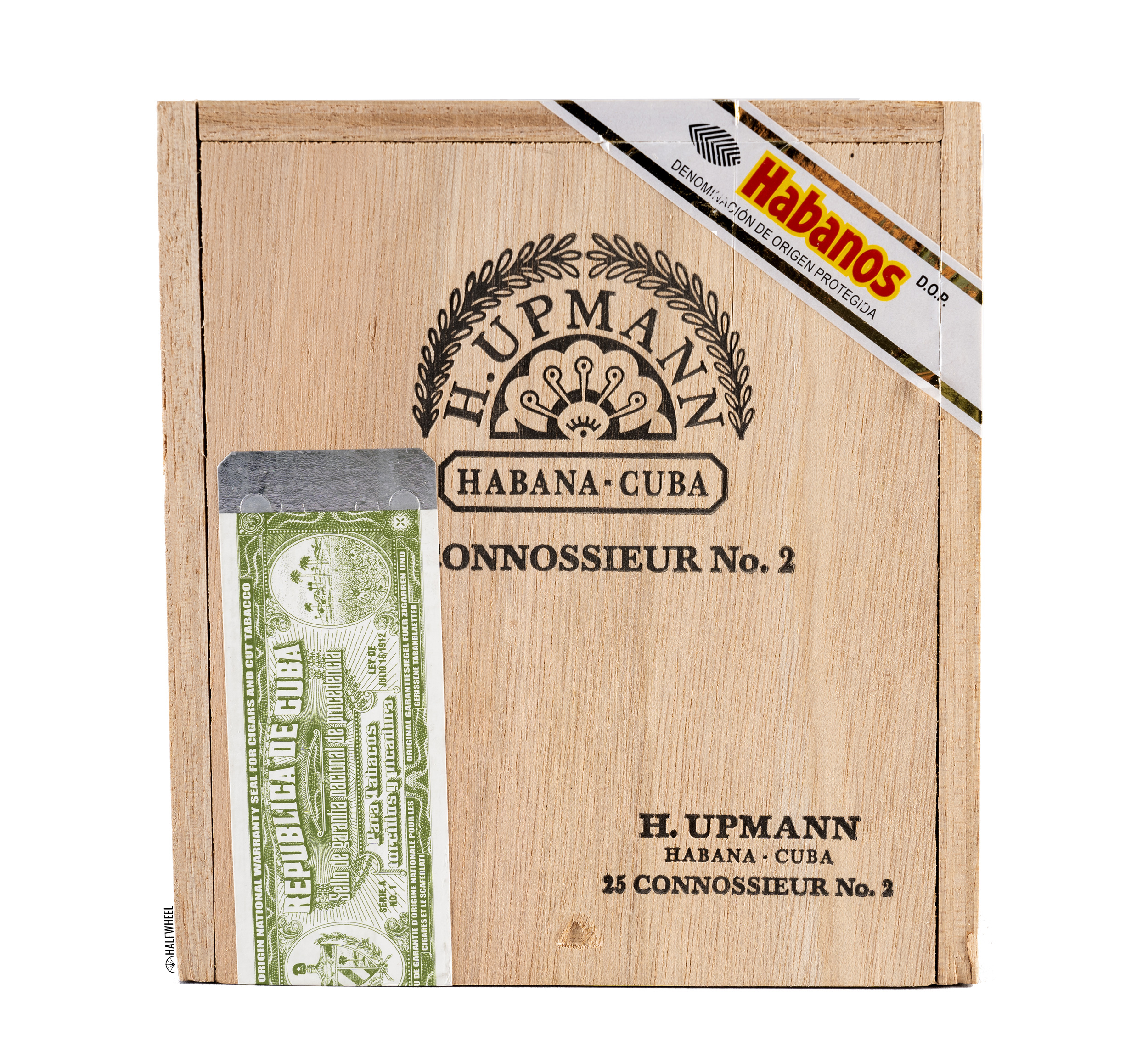 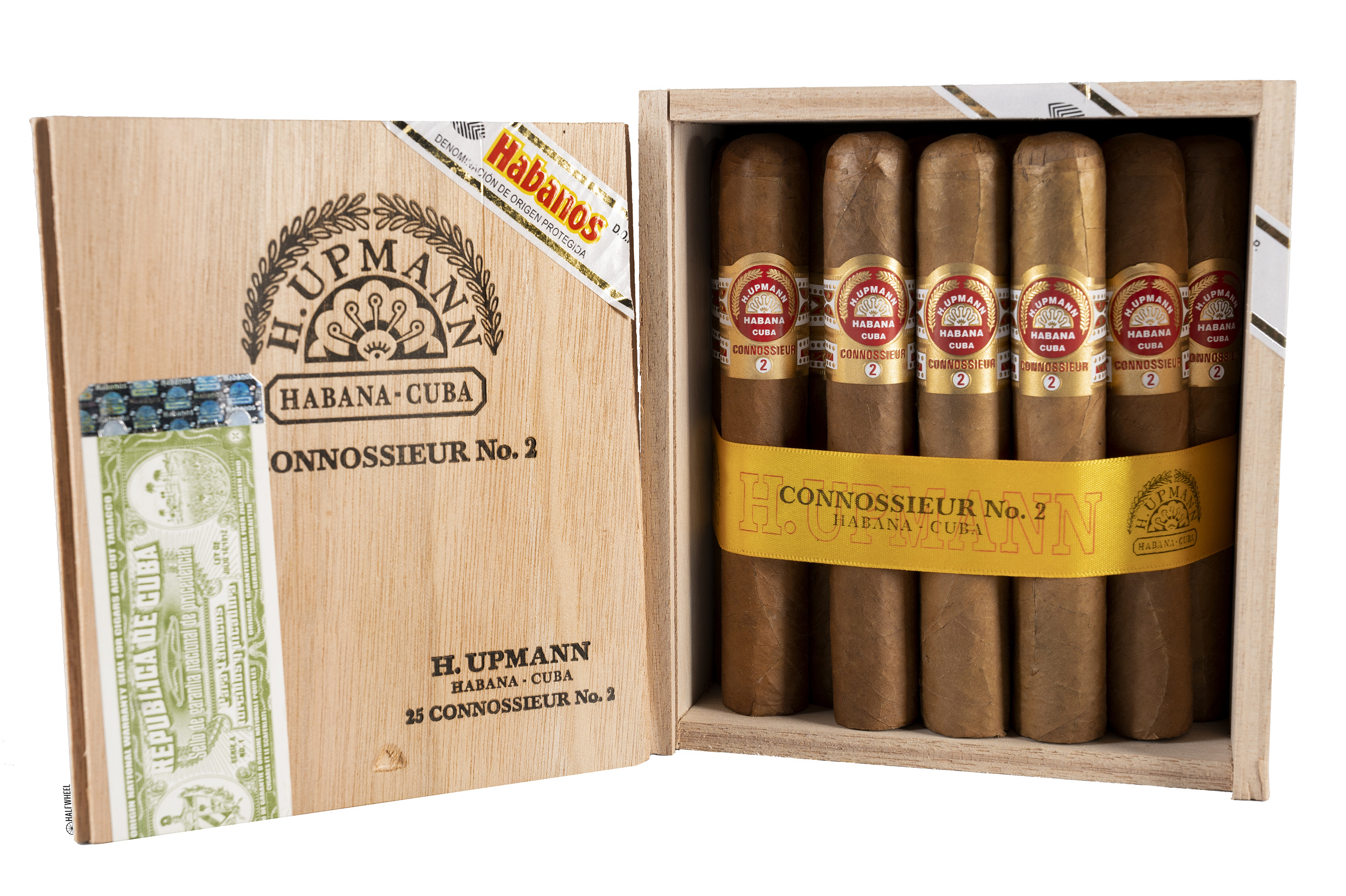 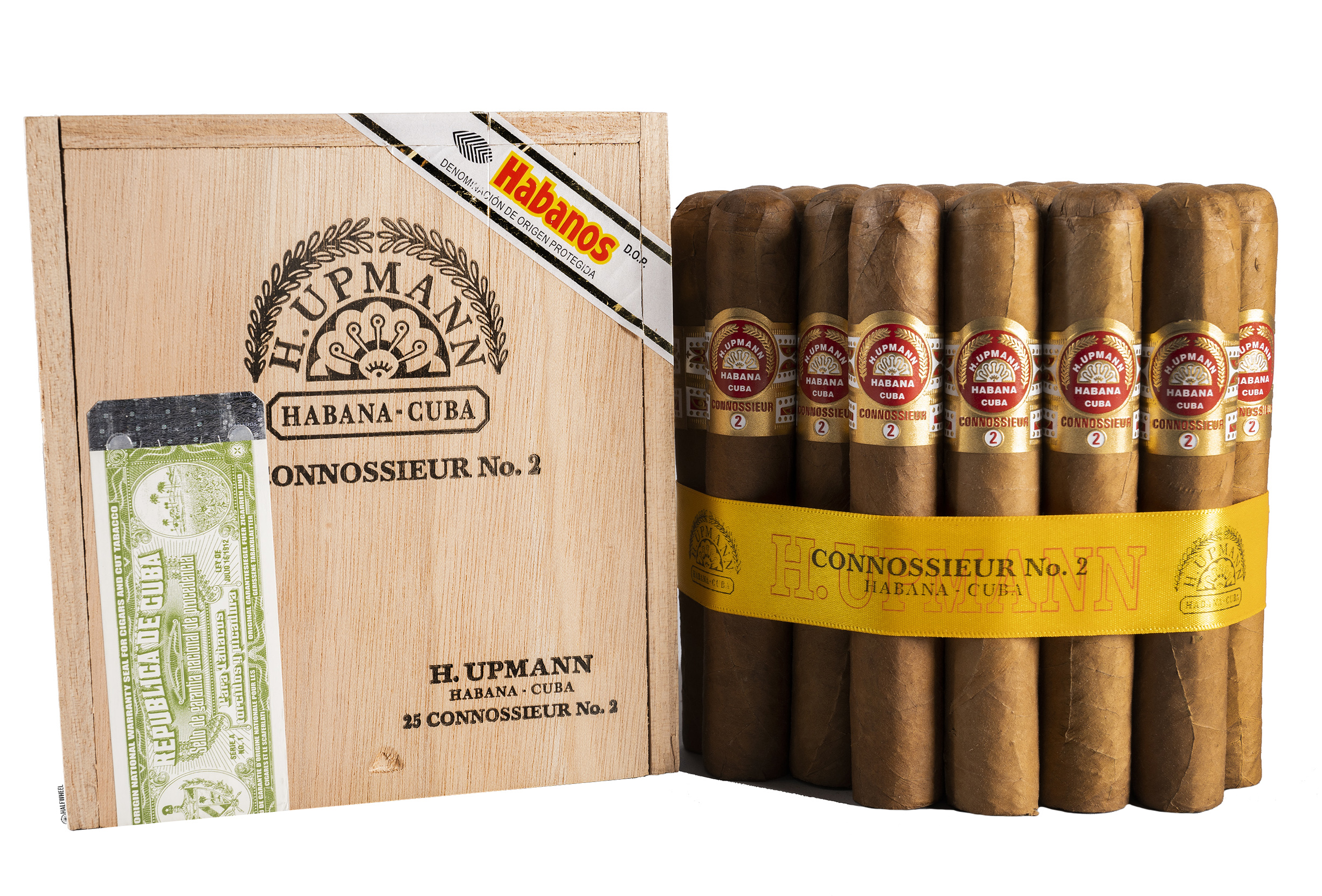 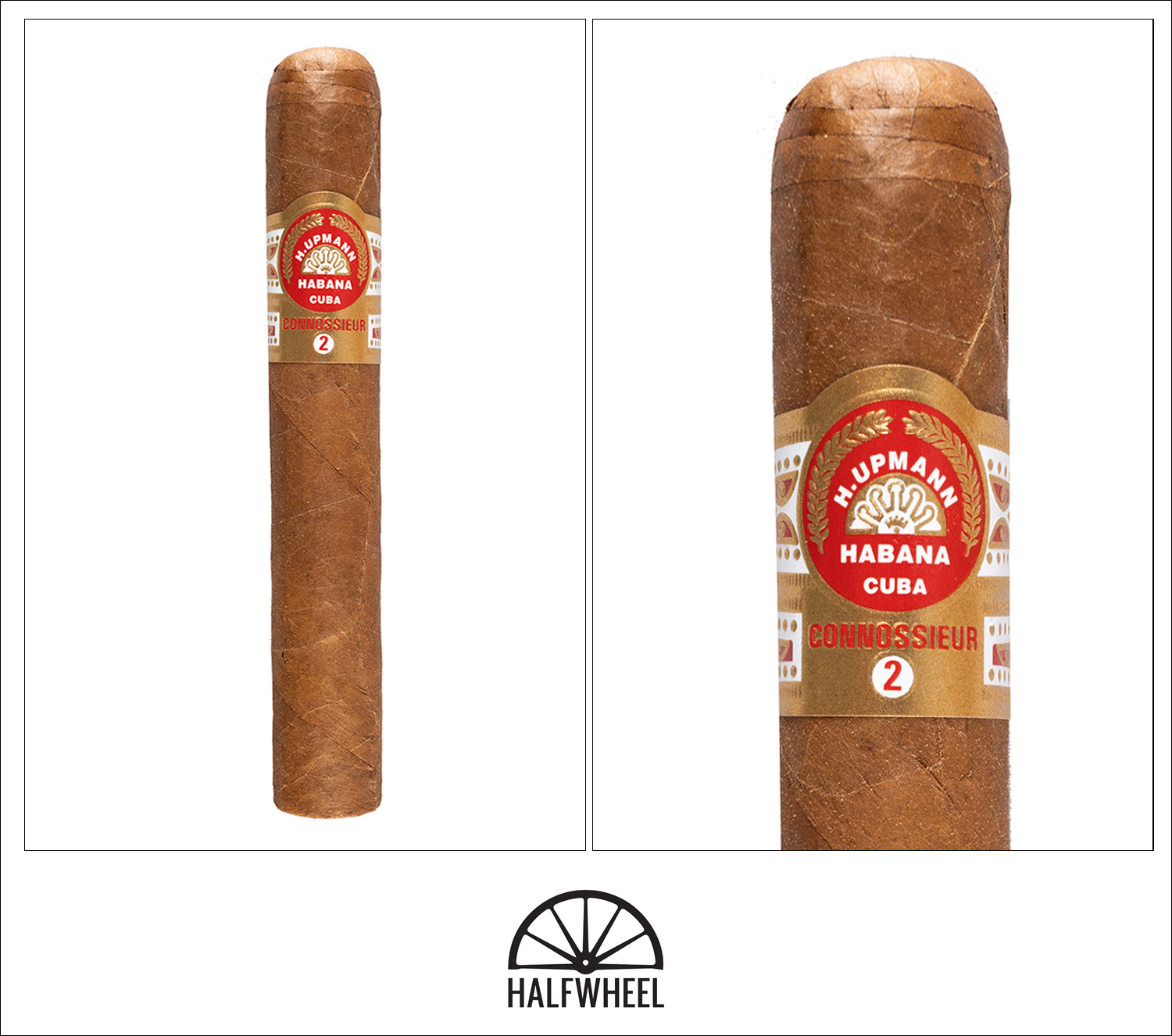 Visually, the H. Upmann Connossieur No.2 is covered in a golden brown leaf that is extremely smooth to the touch, albeit with a number of very prominent veins. The cigar is just short of rock hard when squeezed and two samples feature soft spots: one located just under the main band and one located halfway between the main band and the foot. Aroma from the wrapper and foot is a combination of strong sweet hay, barnyard, earth, freshly brewed espresso, creamy almonds and dark chocolate, while the cold draw brings flavors of peanut shells, cinnamon, sweet hay, earth, freshly brewed espresso, creamy almonds, and cocoa nibs.

Starting out, the first third of the H. Upmann is incredibly sweet and creamy on the palate, with strong caramel and almond flavors easily taking the top spots in the profile, followed by notes of earth, leather tack, oatmeal, cedar and slight floral. There is a touch of spice noticeable on my tongue—albeit not enough to think it is going to stick around very long—and some white pepper on the retrohale, the latter of which combines nicely with the aforementioned caramel sweetness that continues to get stronger as the first third burns down. Construction-wise, the draw is excellent after a straight cut and the burn is wavy but non-problematic so far, while the smoke production is quite thick and plentiful off of the foot. The strength of the cigar starts off fairly mild and while it does increase a bit, it still fails to come anywhere close to medium by the time the first third comes to an end.

While the almond note retains its place as the main flavor in the profile during the second third of the H. Upmann Connossieur No.2, there are a number of other changes, including some new secondary notes of mineral salt, cinnamon and slight suntan lotion to go along with the already existing oatmeal, cedar and earth. The caramel sweetness continues to shine on the retrohale—combined with some nice white pepper—but as expected, the spice that was present on my tongue is long gone by the halfway point. In terms of construction, the draw continues along its excellent path, but the burn has enough issues that I need to touch it up, albeit only once. Strength-wise, the cigar increases a bit right at the end of the second third, but still falls short of the medium mark by a wide margin. 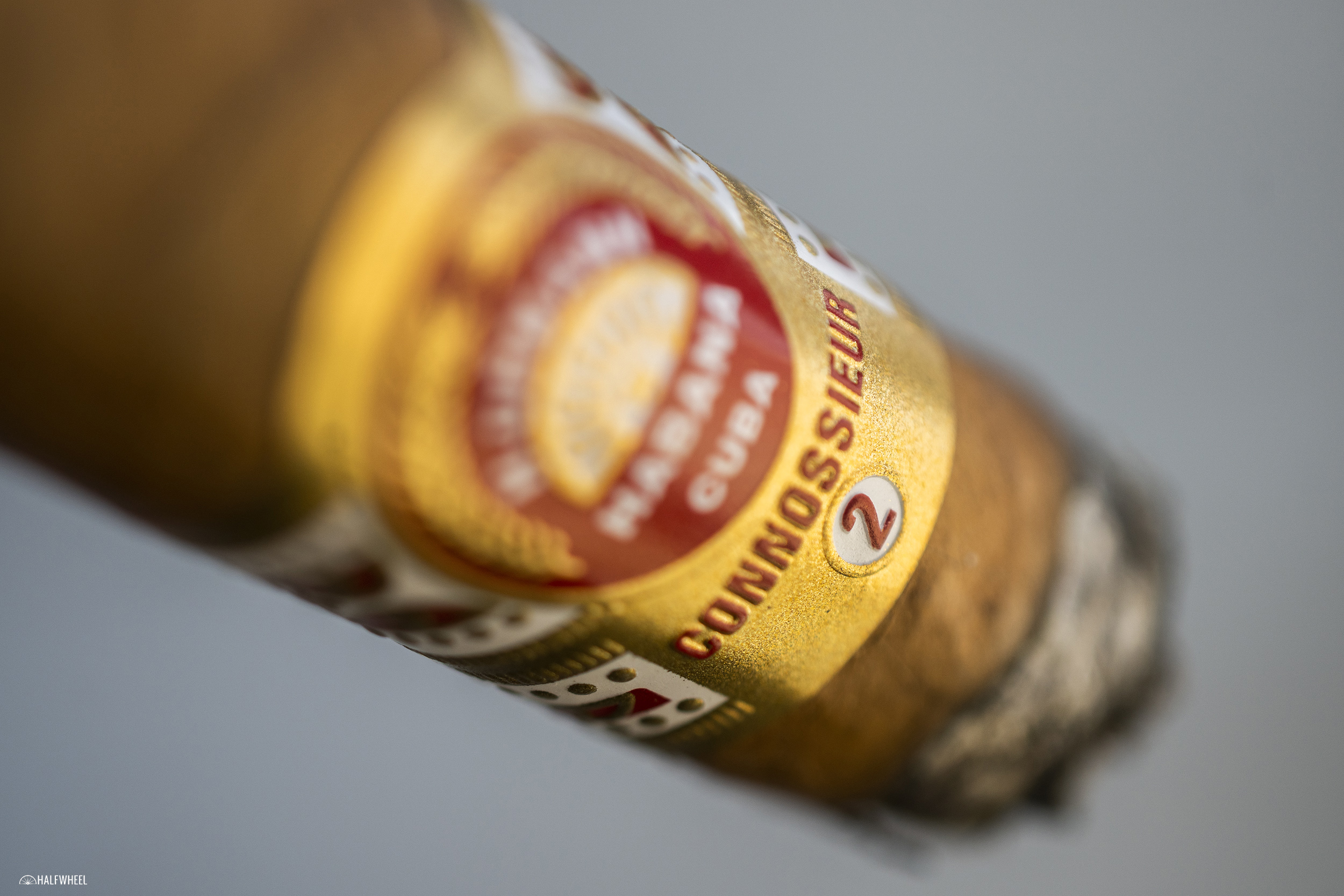 The final third of the Connossieur No.2 shifts again, this time in a fairly significant way, with a brand new flavor of slightly tart apple skin leading the way, followed by secondary notes of creamy almonds, cinnamon, dry tea leaves, earth, leather, cedar, mineral salt and oatmeal that flit in and out at various points. Caramel sweetness is still the main flavor on the retrohale—albeit slightly reduced from previous thirds—and there is still just enough white pepper to keep things interesting as well. Thankfully, the burn has evened up nicely and the draw remains excellent, while the smoke production emanating from the foot is plentiful and thick. Finally, the strength increases enough to hit a point just under the medium mark, though still not there by the time I put the nub down with about an inch remaining. 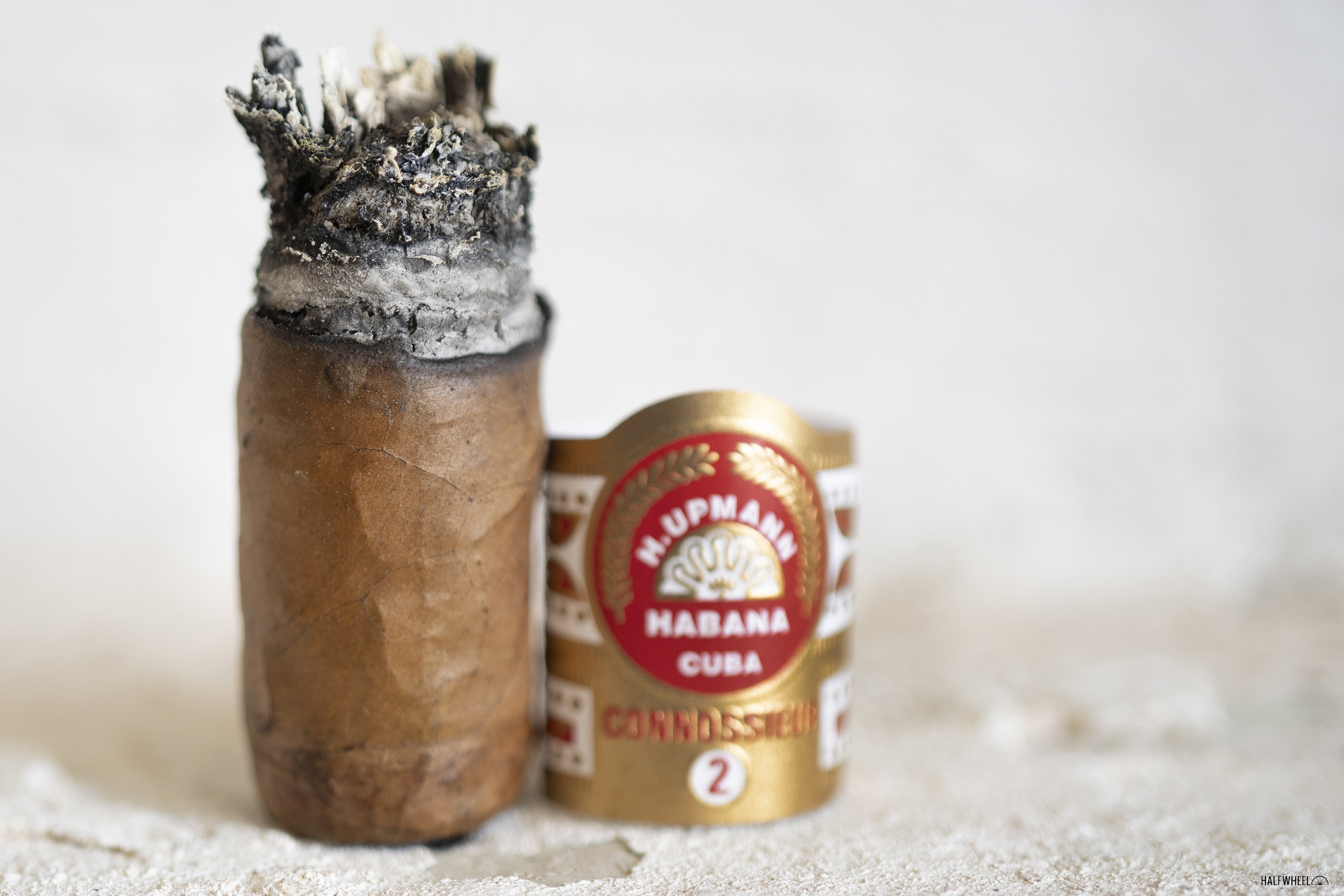 From the first puff, the Connossieur No.2 exhibits an amazing profile full of both sweetness and nuance dominated by flavors of creamy almonds, apple skin and caramel sweetness, along with some nicely balanced white pepper on the retrohale that never fades. Yes, there were some issues with construction—more specifically, the burn—but they never rose to a point where the profile was affected in any major way, and the draw was excellent on all three samples. The general consensus you hear is that most Cuban cigars need time aging to bring out their full potential, and while I am very interested to see how some time changes the profile, these extremely enjoyable cigars are ready to smoke now.