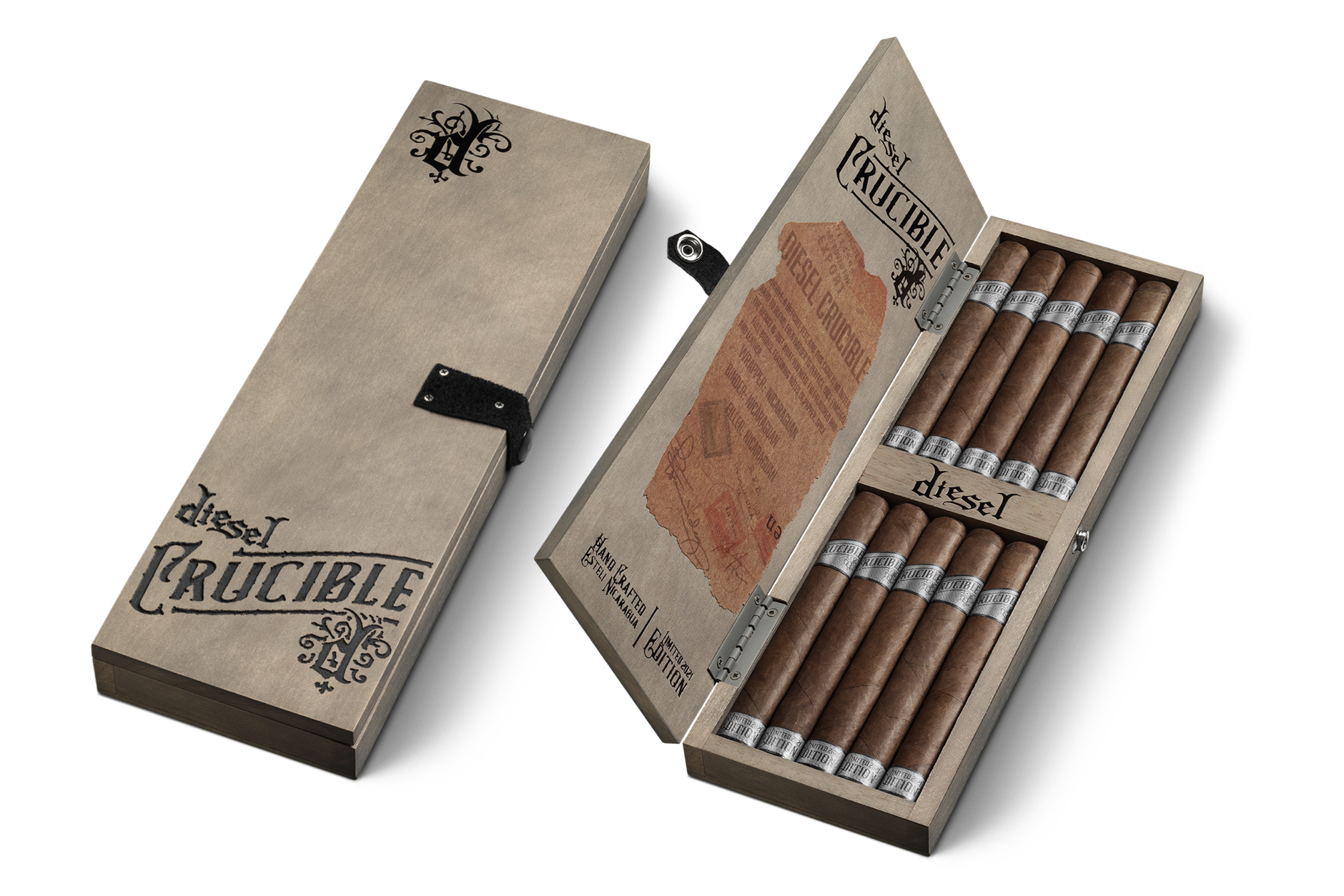 On Monday, Forged Cigar Co. will begin shipping the Diesel Crucible, the final in what the company is now calling the Elixir trilogy.

It is a 6 x 52 toro that uses an Ecuadorian habano wrapper over a Nicaraguan binder and fillers from Honduras and Nicaragua. Like other Diesel cigars, it is being made at Tabacalera AJ Fernandez Cigars de Nicaragua S.A. in Estelí, Nicaragua.

There is a previous Diesel Crucible release from 2012. That cigar was a slightly different size—6 1/2 inches long—and used a Honduran binder.

“Diesel Crucible concludes the Elixir trilogy on a high note,” said Justin Andrews, senior brand manager for Diesel, in a press release. “It’s definitely a full-bodied smoke, and definitely for an experienced palate. But it’s more than that: This cigar takes a sophisticated approach to strength. There are so many intricacies with this blend, it’s like a new experience with every draw. I know you’re not supposed to play favorites but to me, this is the best release of the series.”

The other two parts of the trilogy are the Hair of the Dog and the Delirium. Both of those cigars were limited editions that were packaged in similar boxes.

Diesel is distributed by Forged Cigar Co., part of Scandinavian Tobacco Group. Prior to this year, it was distributed by STG’s General Cigar Co. and previously was an exclusive brand for STG’s Meier & Dutch/Cigars International.