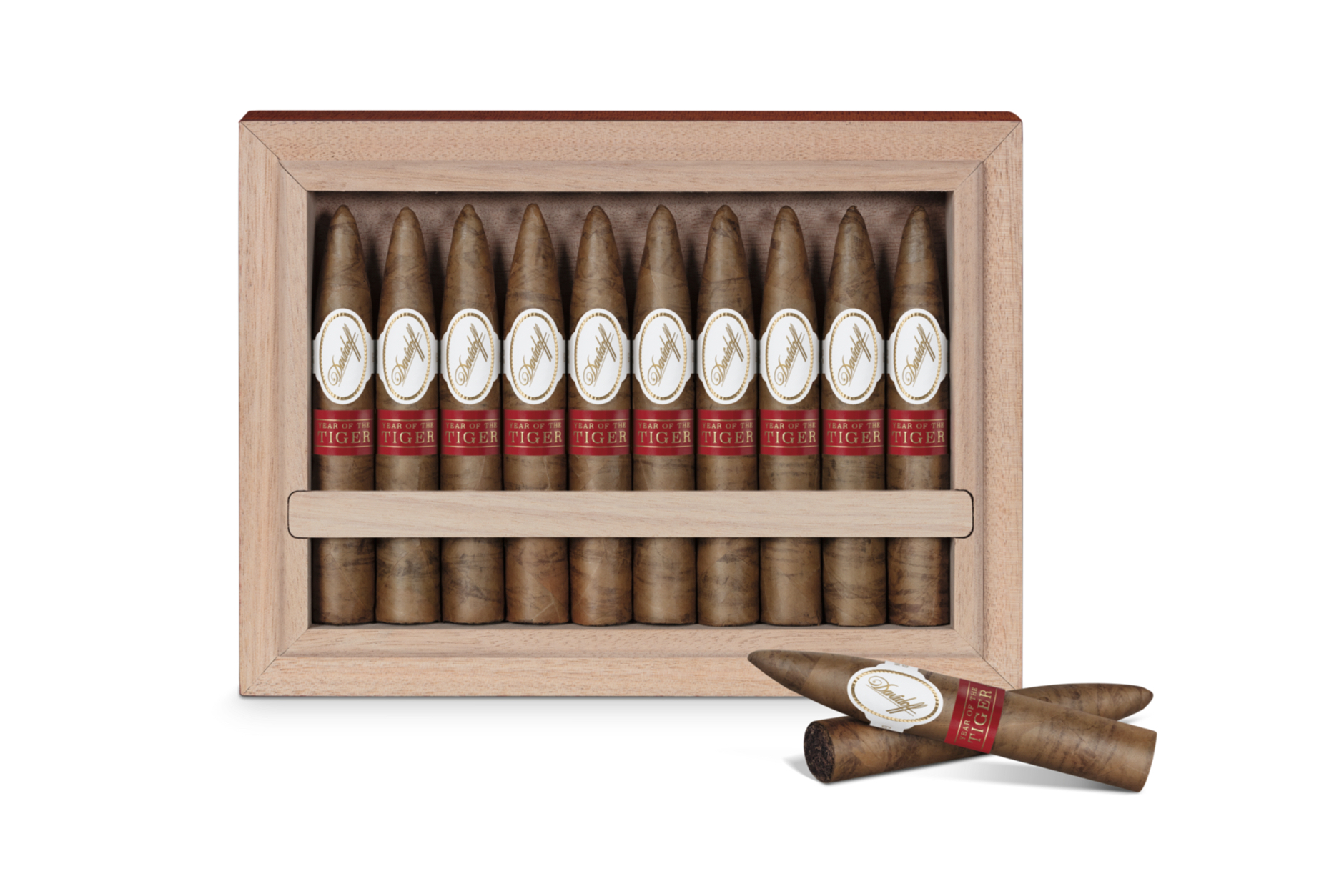 Davidoff Year of the Tiger Launching Next Month

For its year of the tiger release, Davidoff is going small.

The Davidoff Limited Edition 2022 Year of the Tiger is a 5 x 52 piramides, the smallest cigar the company has created for its Zodiac Series, which began in 2011. Blend-wise, there’s another first for the Davidoff Zodiac Series. The Year of the Tiger will use an Ecuadorian Connecticut wrapper—a first for the series—which Davidoff says was “treated naturally to bring to life the fur markings of the Tiger on the finished cigar visually,” i.e., the company tried to give the wrapper an appearance that mimics tiger stripes. This is the 11th release in Davidoff’s Zodiac Series, though the first cigar—the Year of the Dragon—was done before the series was a worldwide release: There are two tigers designs on the lid of the humidor that contrast one another. “The green tiger roars and reveals strength and ambition in his eyes, while the red tiger crawls through the jungle, keenly observing and ready to pounce,” says Davidoff in a press release. Moevus in Virieu le Grand produced the humidors for Davidoff. The humidor measures 22.25 inches wide x 14.875 x 5.2. The humidors use Atlantic Jarrah wood for the exterior and mahogany for the inside. Qi Xie designed the pattern for the exterior, while Saneuil employed marquetry to use a variety of materials to bring the images to life. There are nearly 1,000 pieces used to create the tiger images.

Each humidor comes with 88 Year of the Tiger Toro cigars, a different vitola than the standard release. Davidoff also has a special pipe tobacco release for Year of the Tiger.