It is far from an unusual occurrence for cigar companies to release specific blends in very small batches, but it is much less common to have those cigars become the precursor to a major series of annual releases.

The latter was the case with Davidoff’s’ Chinese Zodiac Series, which—as its name implies—is made up of blends released each year that bear the moniker and likeness of that year’s corresponding sign on the Chinese Zodiac calendar. While the vast majority of the smoking public did not become aware of the series until the company’s release of the Year of the Snake in 2013, there was actually a blend before that.

The Year of the Dragon is a 6 x 52 pirámide that was made available to limited regions, namely Asia, and incorporated an Ecuadorian 702 habano wrapper covering an Ecuadorian habano binder and a mix of tobaccos in the filler sourced from the Dominican Republic consisting of San Vicente Seco and Volado as well as Olor Seco. According to Davidoff, that blend became the inspiration for what would become the company’s Chinese Zodiac Series. The cigar’s existence wasn’t entirely clear for the first few years of the Zodiac Series. Eventually, after an employee spotted the cigars at the Davidoff factory, it was confirmed that the cigars existed, even if they never made it to America. Series, which—when combined with the company’s ACCESS program—gives consumers a chance to purchase “factory reserves, vintage classics, and private and rare collections”, including old stock of previous releases and limited editions. The cigars were packaged in bundles of 10 cigars priced at $350 each and were put on sale on Dec. 27.

There have now been eight different releases in Davidoff’s Vault Series. 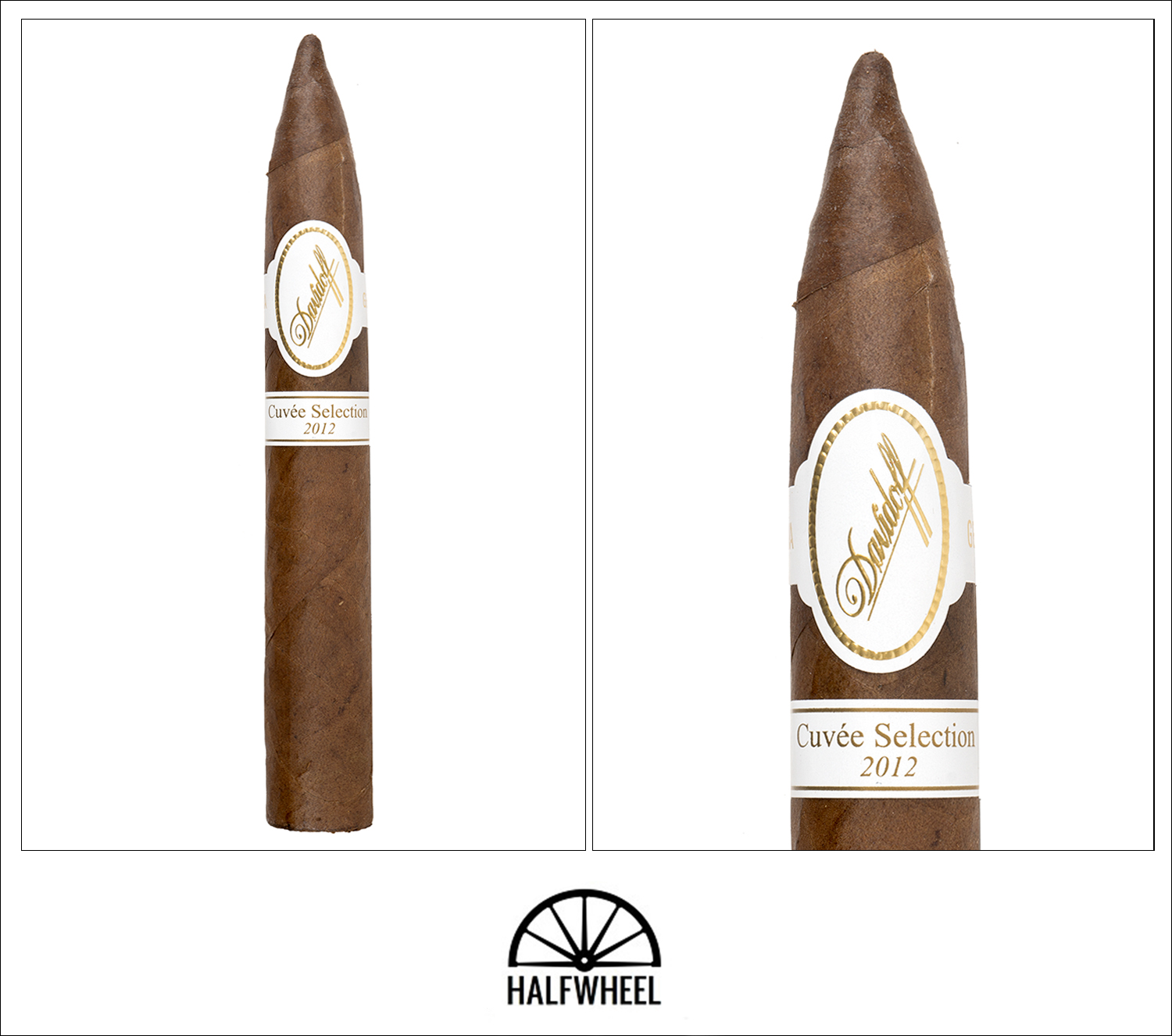 Visually, the Davidoff Cuvée Selection 2012 Year of the Dragon is covered in a gorgeous reddish-brown wrapper that is very smooth to the touch, along with enough oil to make it shine in just about any light. The cigar is quite firm when squeezed, and I can feel a very large and obvious soft spot located just under the secondary band. The aroma from the wrapper is a combination of strong oak, sourdough bread, leather, manure, dark chocolate and white pepper while cold draw brings flavors of the same oak, leather tack, barnyard, earth, hay and slight mushrooms.

Starting out, the Davidoff Year of the Dragon features the same song oak flavor that was present in both the aroma and cold draw as the dominant note, followed closely behind by other flavors of mushrooms, earth, leather, creamy peanuts, espresso beans, hay and a touch of cinnamon. There is some nice milk chocolate sweetness on the retrohale that combines nicely with a bit of white pepper that is also present and I notice some spice on my tongue as well, albeit not a huge amount. Smoke production is higher than average and although the draw is excellent after a Dickman cut, the burn needs attention from my lighter almost immediately. Strength-wise, the Davidoff shows no signs of being anything other than a mild blend and ends the first third closer to the mild mark than the medium one. The second third of the Davidoff Cuvée Selection 2012 shifts dramatically, with the oak note making way for a new dominant flavor of lemongrass. Both the oak and mushroom notes are still major players in the profile, along with other notes of nuts, creamy leather, bitter cocoa, coffee beans and hay. There is still a very noticeable combination of milk chocolate ball sweetness and white pepper on the retrohale, but the spice from the first third is long gone by the halfway point. Construction-wise, the Davidoff’s draw continues to impress with an even burn and a copious amount of smoke emanating from the foot. While the overall strength has increased a bit compared to the first third, it is only enough to reach a point slightly closer to the medium mark by the time the second third ends. 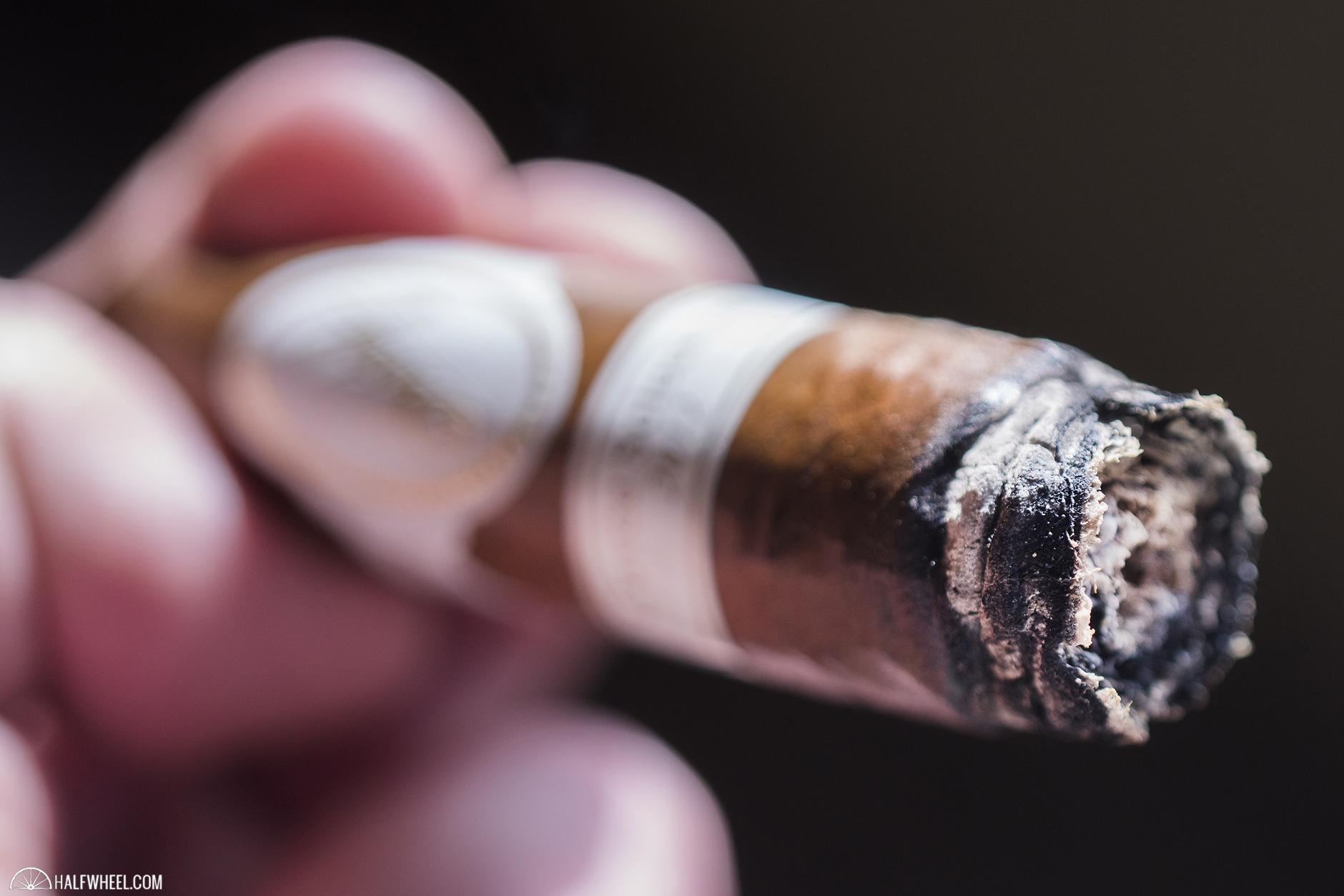 During the final third of the Davidoff Cuvée Selection 2012 Year of the Dragon, the dominant flavor becomes a dark chocolate note, although both the mushroom and lemongrass flavors from the second third remain very noticeable as well. Other notes of leather, gritty earth, hay, peanut shells, coffee grounds and cinnamon flit in and out, while the milk chocolate ball sweetness is still strong enough to affect the profile. Interestingly, the spice on my tongue is back as well—actually stronger than it was in the first third—and remains that way until the end of the cigar. The draw remains excellent and the smoke production remains high and the burn wavers a bit, although it is not bad enough to need touching up. Finally, the strength increases, but not enough to get it into medium territory, as it ends up just short of that mark by the time I put the nub down with a bit more than an inch left. The background story of the Davidoff Cuvée Selection 2012 Year of the Dragon is great, and while it is not even close to as enjoyable as other releases in the series—I think the Year of the Monkey is the best—it is an easy smoking, nicely balanced cigar, with a dominant flavor that shifts roughly every third. However, there is also quite a bit of mushroom mustiness on the palate and the overall profile is fairly light, meaning you have to really pay attention or take the chance of missing something. In the end, the Davidoff Cuvée Selection 2012 Year of the Dragon is a cigar I am happy to have tried, but at least at this point in its life, it is overshadowed by other releases in the Chinese Zodiac Series.