Last week was Chinese New Year. And while it’s a holiday I don’t celebrate, I coincidentally found myself smoking Davidoff’s limited edition cigar made for the holiday.

This year is the year of the pig on the Chinese zodiac calendar and as the Swiss brand has done since 2012—or arguably 2011—it released a special cigar named after the holiday. The Davidoff Limited Edition 2019 Year of the Pig is a 6 x 56 toro gordo with a pigtail that uses an Ecuadorian habano 2000 wrapper and Mexican San Andrés binder. As for the fillers, there are five: from the Dominican Republic there are hybrid olor/piloto visos, piloto secos and piloto visos; while the other two come from Nicaragua by way of Condega seco and Estelí ligero. 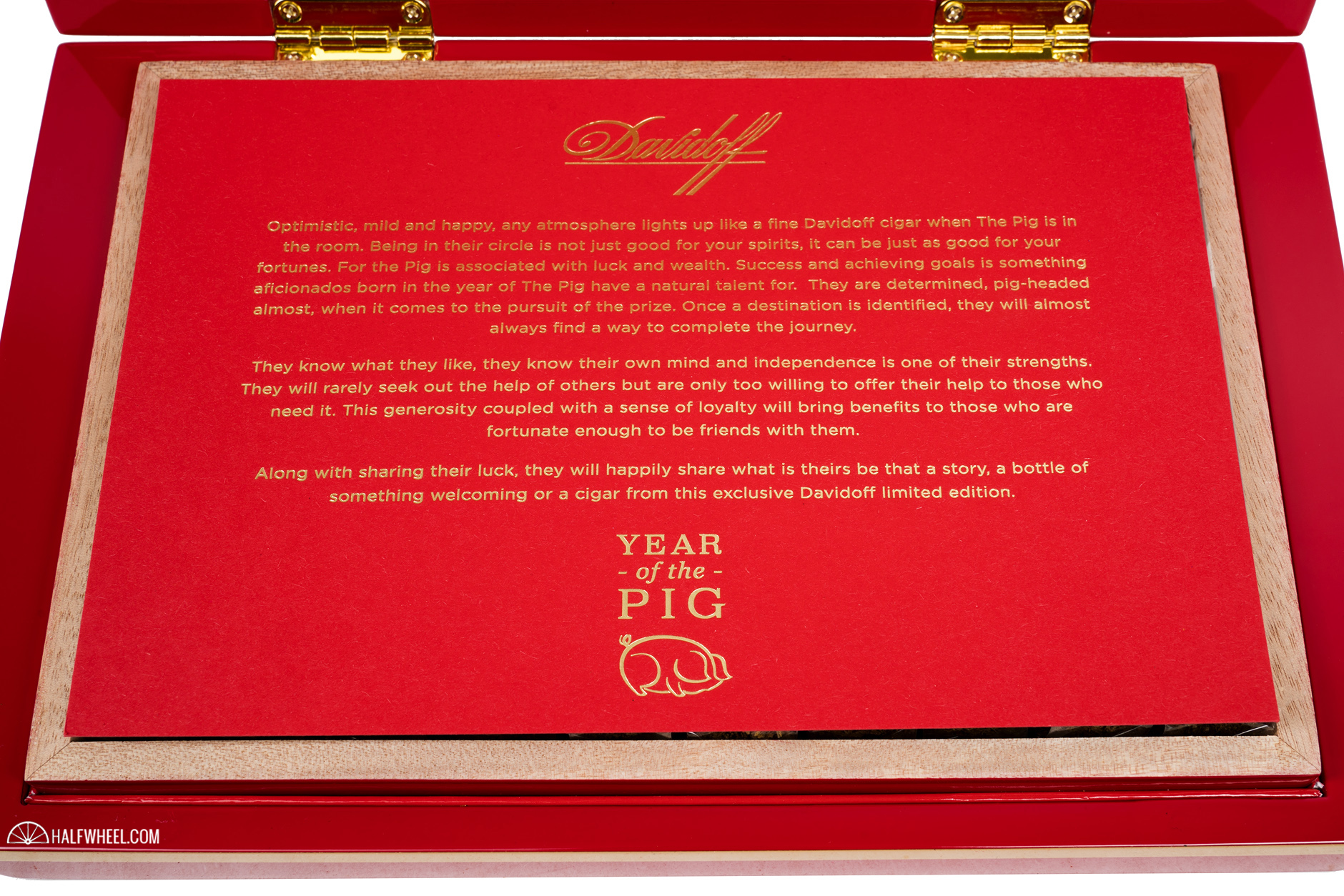 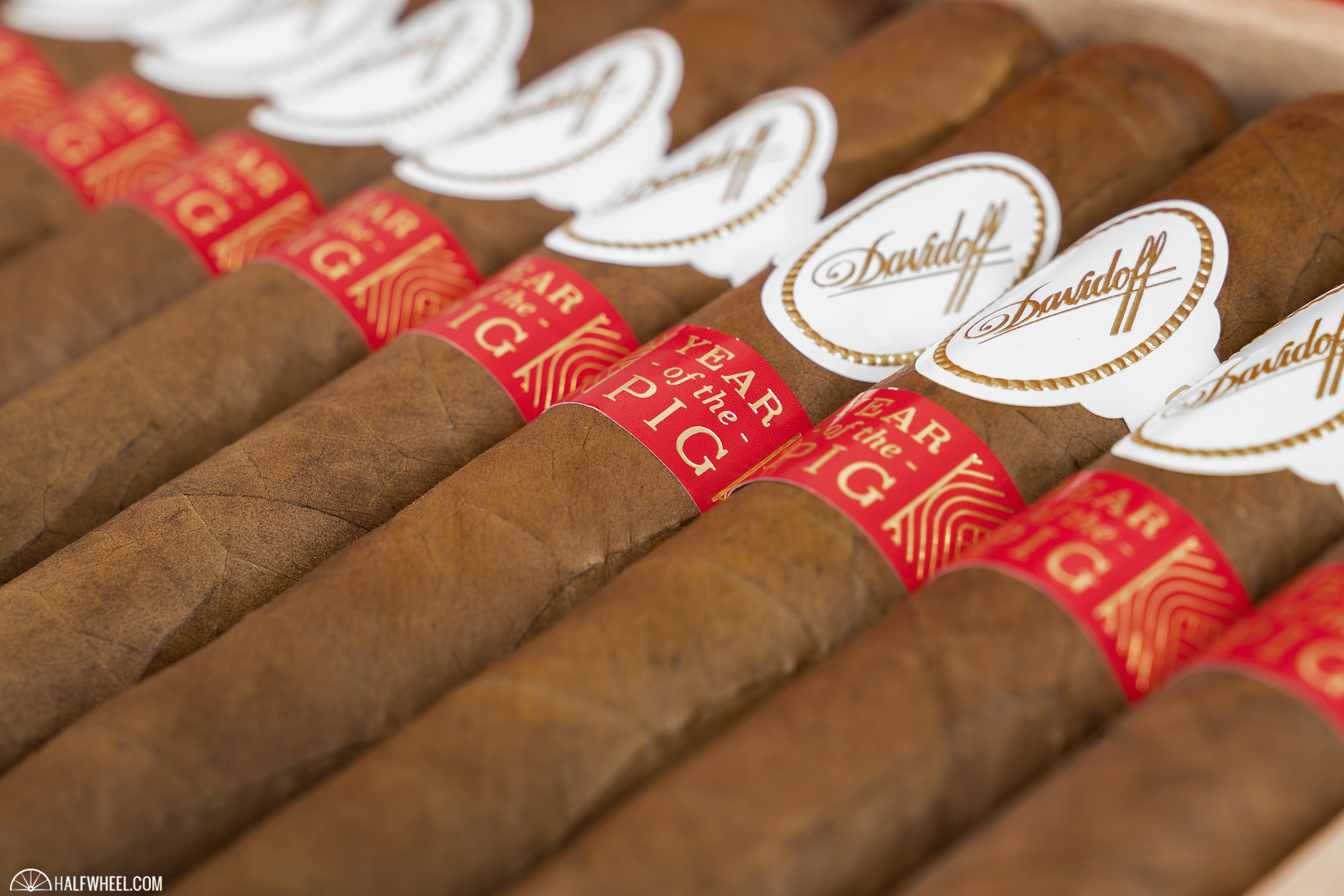 This is the seventh official year for the Zodiac Series, though the company also created a Year of the Dragon cigar in 2011 which is very much an exception. Every other release has prominently featured the popular Chinese colors of red and gold and the Year of the Pig is no exception. 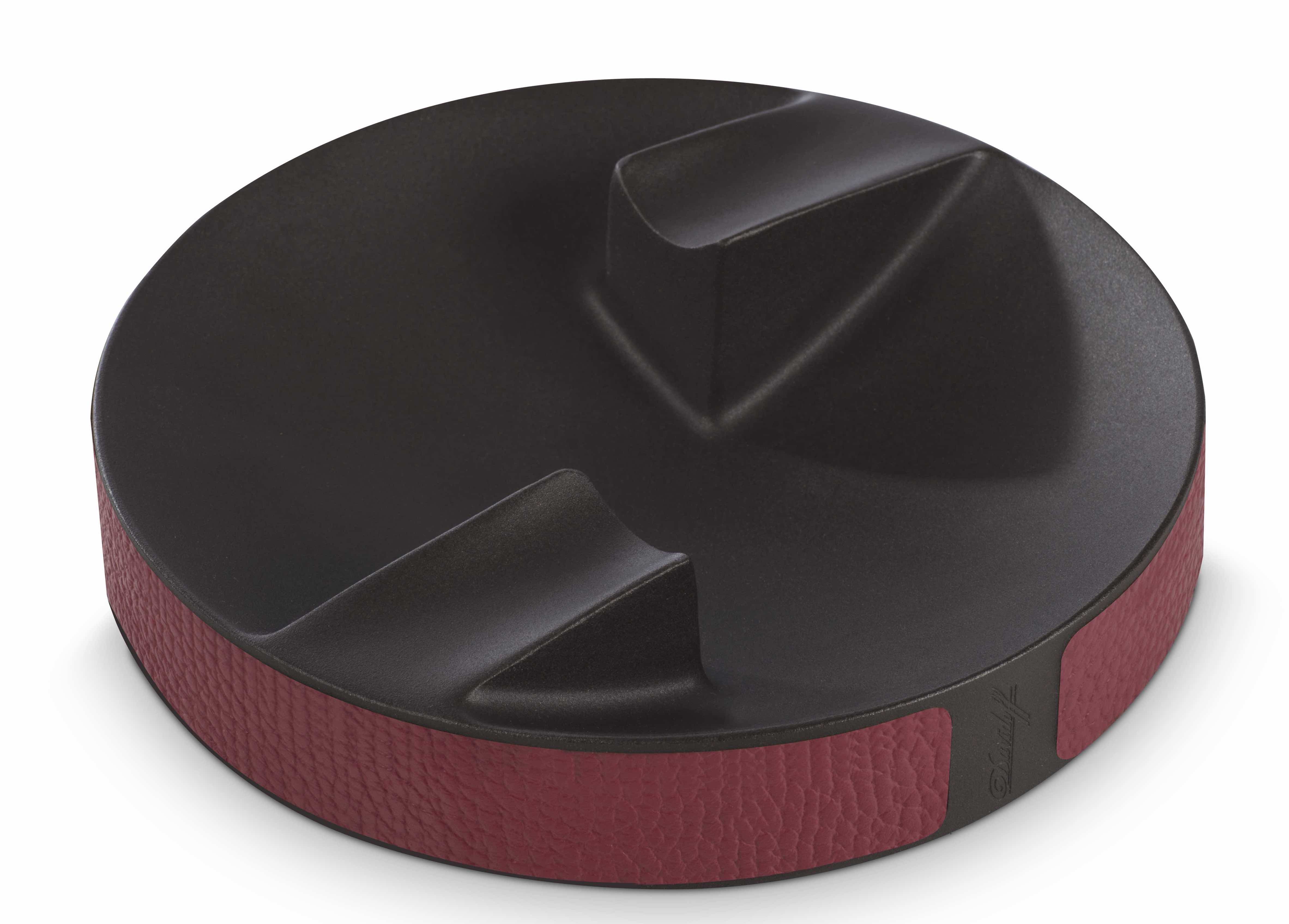 As has become standard for these releases, Davidoff also produced a limited edition accessory to accompany the cigar. This year, that’s an aluminum and leather ashtray, limited to 300 pieces and priced at $395. 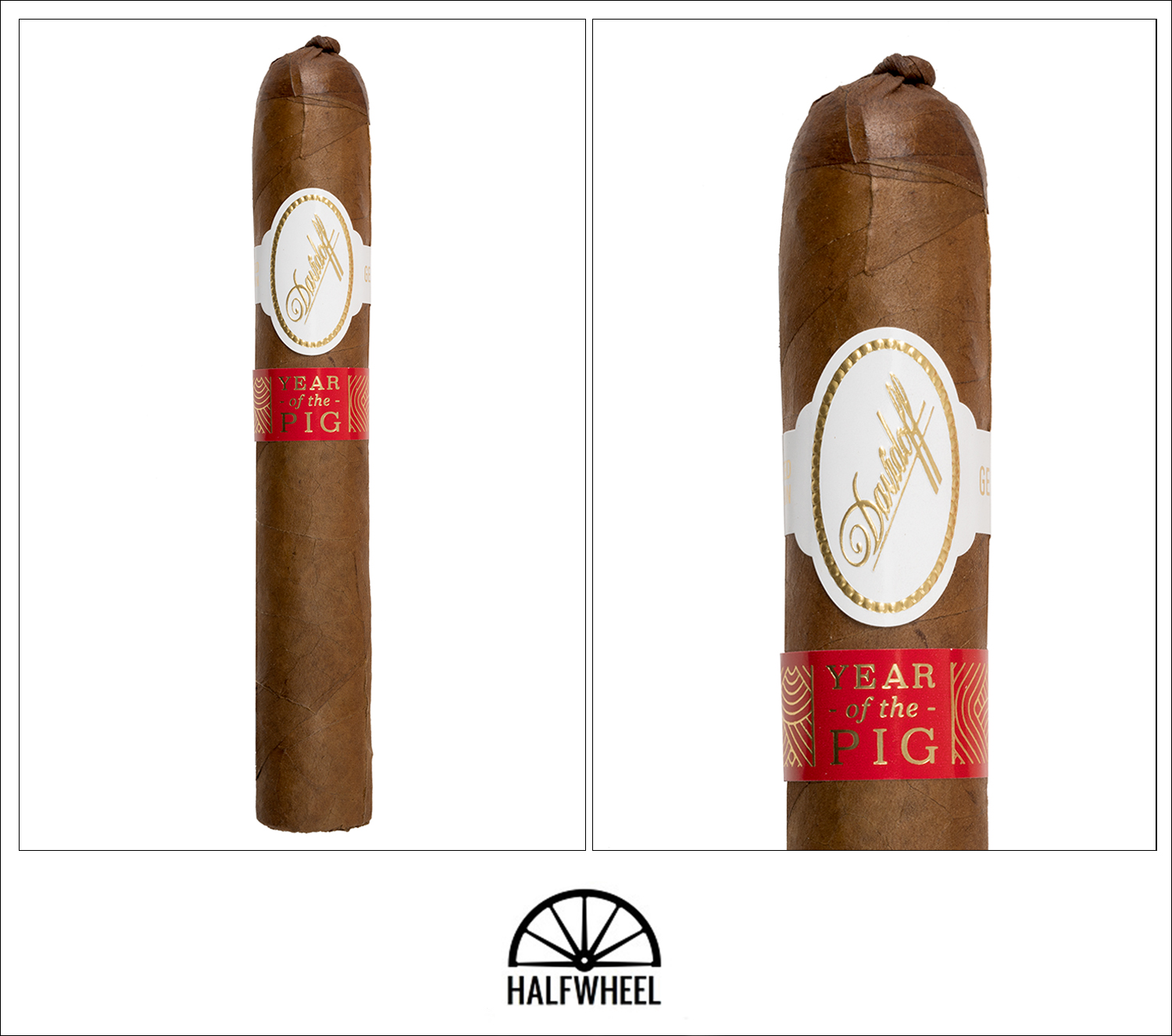 It’s certainly not the prettiest Davidoff of all time, something that isn’t helped by the pigtail, which isn’t as pretty as Drew Estate’s work on Flying Pigs. As much as I’d like to tell you what the wrapper of the cigar smelled like, after months of being out of the cellophane I can’t pick up much of anything off the wrapper. The foot is a different story, with a fair amount of Spanish cedar and maple syrup, around the medium-full level. The cold draw also has the contrast between sweet and savory: nuttiness, Spanish cedar and some floral flavors. On two of the samples, the draw is a bit looser than I would have preferred.

The Davidoff Year of the Pig begins with some creaminess, a familiar olor flavor and some honey before a blast of white pepper coats the finish. What’s somewhat odd is that the pepper eventually disappears and leaves a mixture of fruitiness and some popcorn. While the initial flavors are around medium-plus, the finish is stronger, closer to medium-full. Those who don’t prefer the musty character that is found in some Davidoff releases will be happy to know that the flavor disappears after about five puffs. What’s left is mixture of cedar, creaminess and white pepper. Retrohales deliver a lot more creaminess, some lemon and a bit of white pepper, while the finish has woody flavors, creaminess and some cinnamon. Flavor is medium-full, body is full and strength is somewhere between medium-plus and medium-full. Construction is great. There’s a major shift to a more cedar-driven profile in the second third of the Davidoff. Grapefruit and peppermint help accent that flavor, though the mouth flavor moves to more of an earthiness with some sourness as the finish takes over. Suddenly, the retrohales have become the far livelier part of the profile with floral flavors, cashews and a bit of a rubber-like flavor. After blowing smoke out through my nose, the finish has matzah crackers, sweets and a slight bit of pepper inflammation towards the back of the mouth and the edge of my tongue. While I didn’t think the first third was rough by any means, the second third of the Year of the Pig is dramatically smoother. Flavor is full, body is medium-full and strength is medium-plus. Construction remains great. 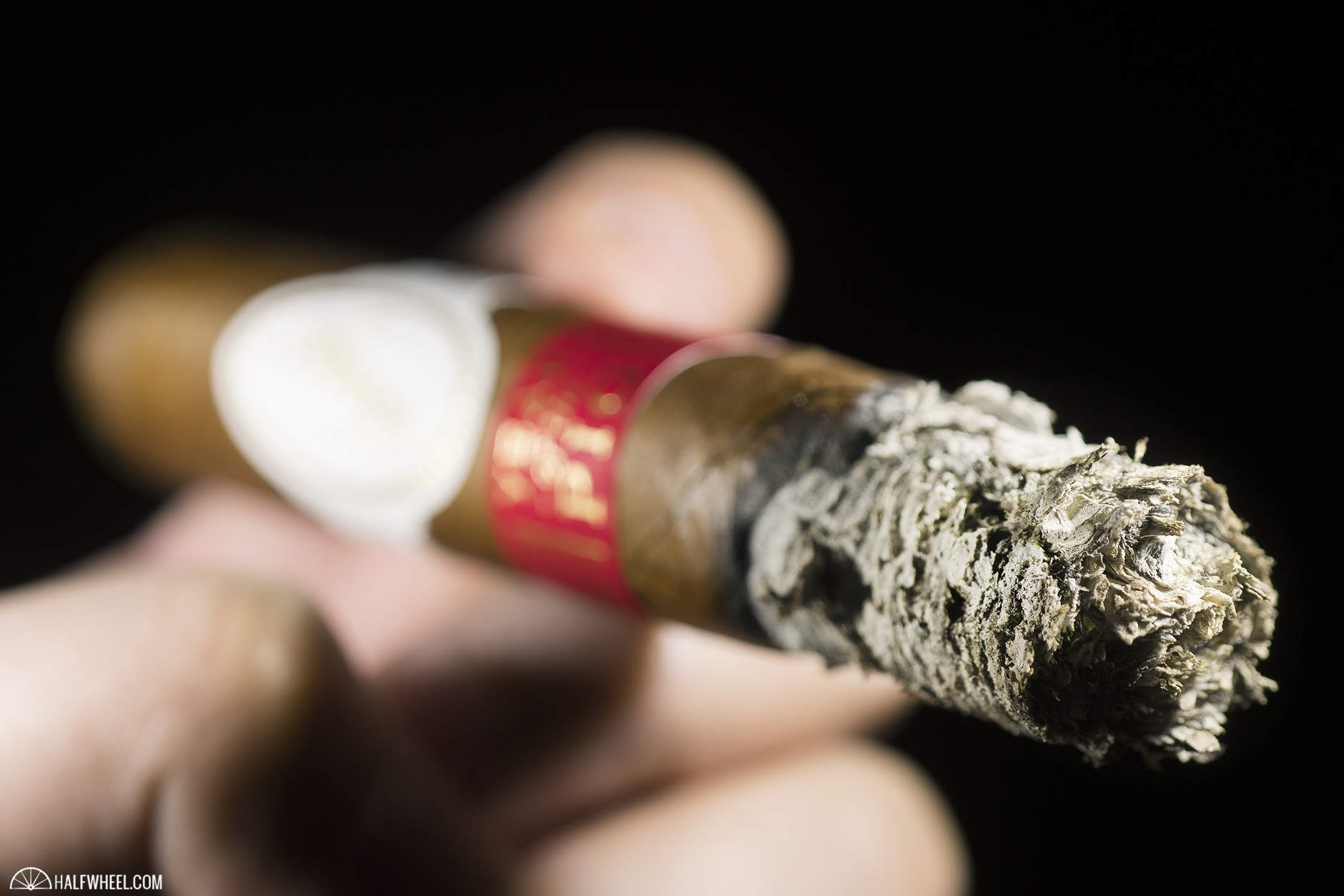 Similar to my comments about smoothness, I wouldn’t have described the first two thirds as boring, but the final third makes them look that way. A rich French loaf bread flavor takes over various parts of my palate overshadowing the earthiness and peppermint. Depending on the speed of my puffs, I can pull other flavors from smoke: lemon, toastiness and a grape sweetness. Retrohales provide a unique kiwi pepper over red and white peppers. The finish is like eating a whole loaf of Wonder bread along with black pepper. When I’m able to slow down, an incredibly vibrant mixture of cashews and barbecue sauce are able to be found, unfortunately, I need to smoke at a faster burn rate in order to keep the cigar burning. The flavor is medium-full, body is medium-full and strength is medium-full. While the flavor and balance noticeably improve in the final third, I do need to make a few touch-ups to the Davidoff in its final third, the first marks I take off for construction. I am not entirely sure what to make of Davidoff’s Year of the Pig. I, like some consumers, have probably gotten normalized to the $39 price point for limited Davidoffs. And while there was nothing wrong with the cigar in the first two thirds, its performance wasn't that where I would recommend paying the extreme premium. But the final third—or final inch and a half—is a much different story: rich, vibrant and providing the detail that many of the best Davidoffs provide. However, it took me nearly two and a half hours to get to that point. If the entire cigar smoked like that, it would be one of the best cigars on the market. I'd gladly smoke the cigar again to reap the rewards of the final third, but the price of admission—both money and time—is a steep ask.