More than nine years ago I apparently bought a handful of Davidoff Classic No. 1s from Buckhead Cigar Club.

Keen observers of halfwheel’s history will note that nine years ago was before halfwheel existed, both in published form and as an idea. The now-discontinued Davidoff Classic No. 1 was one of the original Dominican Davidoffs with its history tracing back to the brand’s roots in Cuba.

It was one of the three original sizes that launched in 1969 for the first Cuban-made Davidoffs when the brand was produced at Cuba’s famed El Laguito factory. In 1990, when the company began making cigars in the Dominican Republic, it reblended the cigar using an Ecuadorian Connecticut wrapper over a Dominican binder and Dominican fillers. It would remain part of the company’s offerings until 2016 when it was discontinued.

I reviewed this cigar in June 2011 for TheCigarFeed, one of the predecessors of halfwheel, saying the following:

I like the Classic No. 2 better, a lot better. The No. 1 is undoubtedly a very good cigar, but it doesn’t have the full flavor and full body that really sets the No. 2 apart. Don’t get me wrong, it’s still full flavor and full-bodied, but not to the extent of the Corona. From every aspect, this is what you would expect as a typical Davidoff Lancero. It’s got the flavor, the aroma, the consistency – all Davidoff. 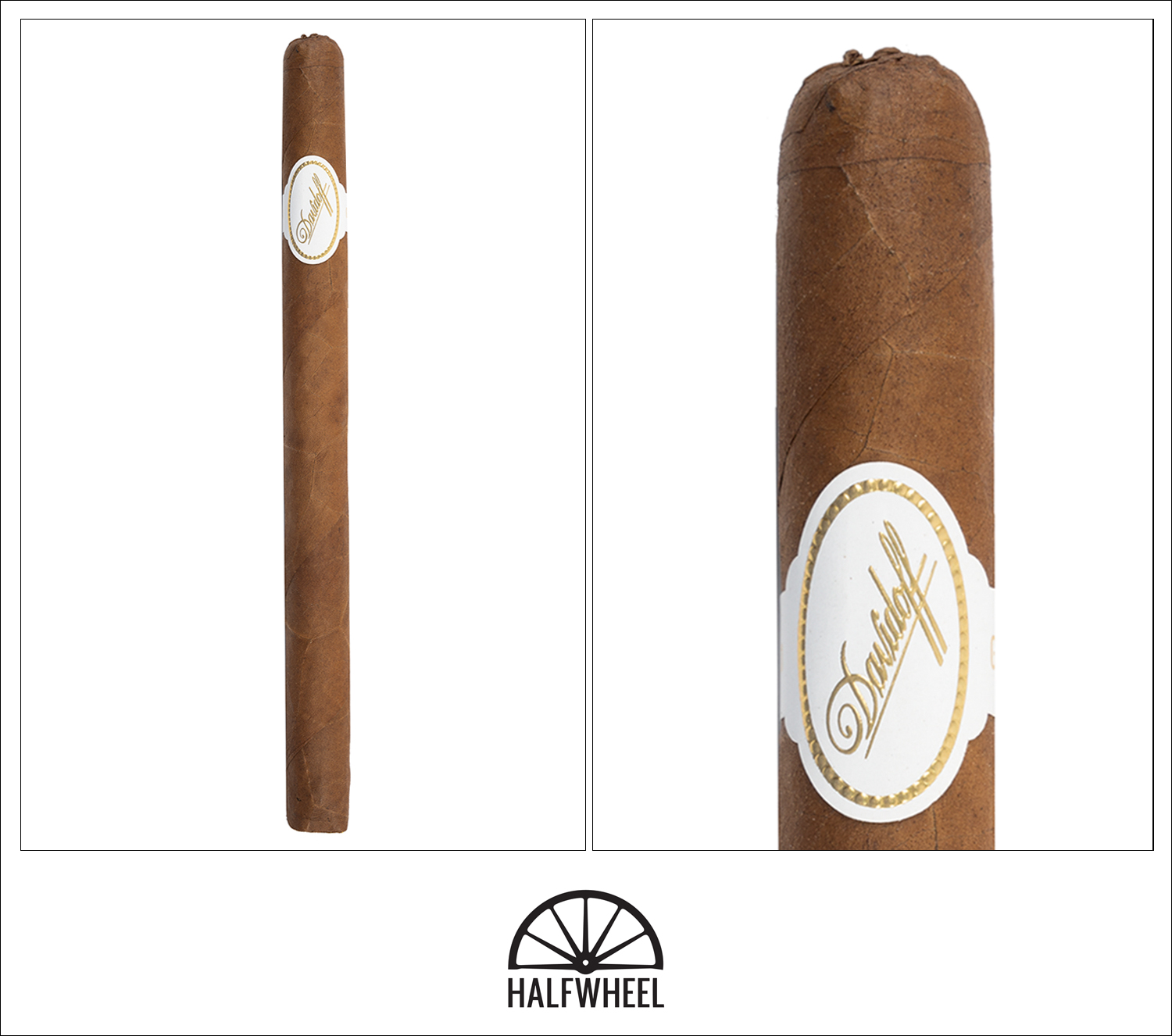 The Davidoff Classic No. 1 looks exactly as I remember it. This particular cigar has sat in a humidor for most of the last decade and as such, I’ve seen it every time I open that humidor, meaning I’ve probably seen this particular sample hundreds of times. The wrapper is a remarkably uniform muted milk chocolate color. For those wondering, there’s no noticeable discoloration on the band or cellophane. Given that this cigar hasn’t been exposed to light and has been stored consistently, this isn’t surprising. Aroma from the wrapper is medium-plus with a stoneground mustard scent over some barnyard. The foot has a mixture of sandpaper, leather, oranges and spice that I struggle to identify. Taking a cold draw reveals a medium-plus mixture of the classic musty notes I get from Davidoff’s olor tobaccos over an interesting nuttiness, some floral flavors and a bit of spice. It’s medium-plus and the flavors certainly taste like a cigar that’s spent most of the last decade in a humidor.

Once lit, the Davidoff Classic No. 1 begins with a flavor that someone would describe as “classic Davidoff,” that is, a lot of the musty flavor that I get from Davidoff’s use of Dominican olor tobacco. It is joined by leather, nuttiness, creaminess, lemon and a bit of cocoa. Everything is relatively intertwined except for the olor which is rather obvious. After an inch, it’s a lot more obvious what’s going on. When the smoke is in my mouth it’s like eating saltine crackers, but the second the last bit of smoke has left my mouth, the olor flavor takes over before earthiness, sweetness and some white pepper add themselves to the mixture. It leads to a sensation that makes it seem more dominated by olor than it actually is. Flavor is full, body is medium-full and strength is mild. 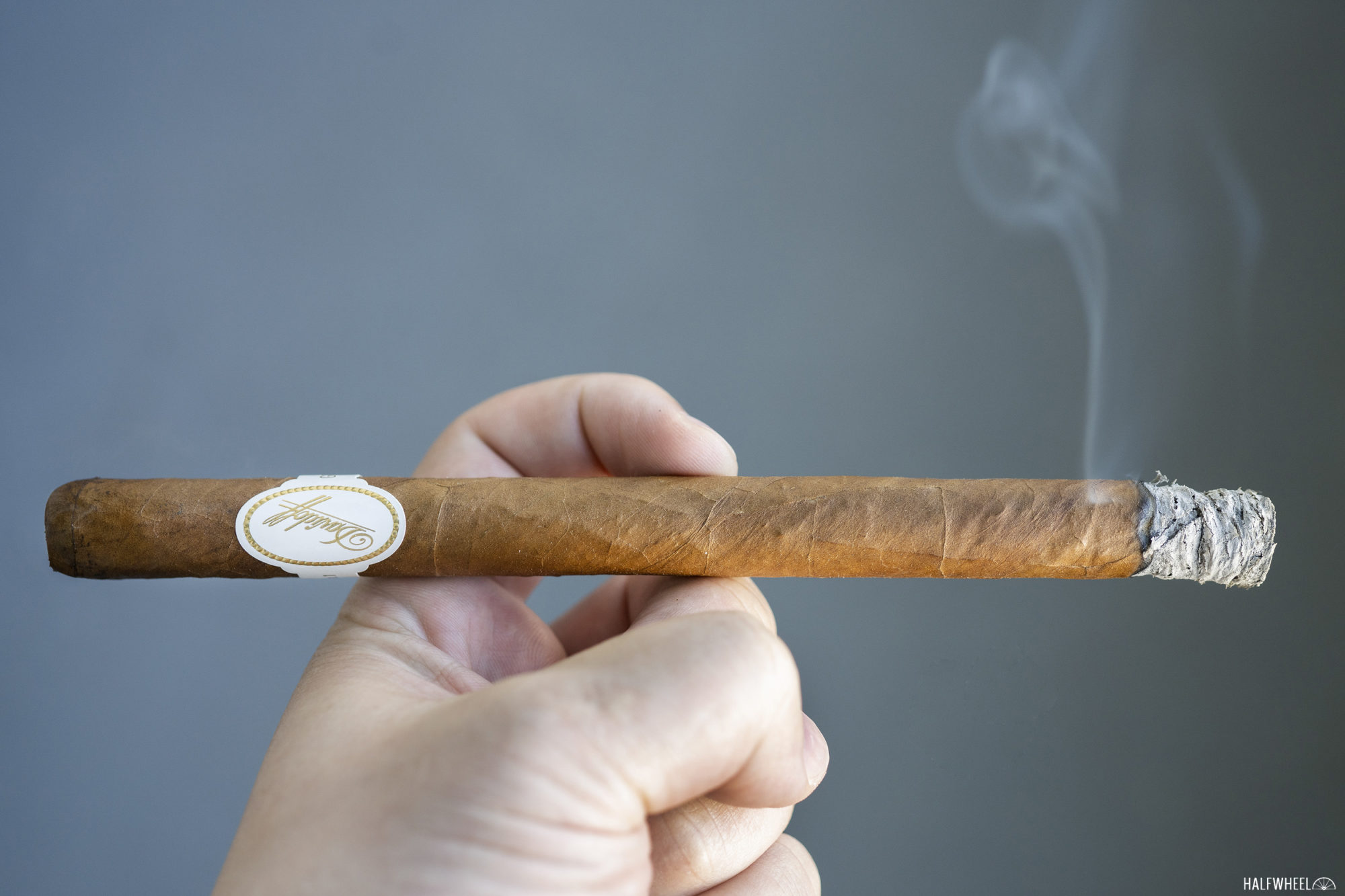 The second third of the Davidoff Classic No. 1 is rather similar to the first third,  though there’s an added creaminess and crispiness. Past the halfway mark there’s a graininess, though the profile is still dominated by either a dry cracker or olor depending on when I take a puff. The retrohales are similar to the main flavor though there’s a bit more of a mustard flavor on the finish. Flavor remains full, body is medium-plus and strength is mild. The olor mustiness remains in the final third and to be quite honest, the profile is rather similar to the first third. There are some differences, mainly that the cigar is burning hotter, but there’s also a bit more straw and creaminess underneath. Flavor is full, body is medium-full and strength remains mild. Construction is fantastic from start to finish with zero needs for any work.

If you had asked me nine years ago how I thought this was going to age, I would have guessed differently. A lot of that is due to my understanding of how cigars age, but to be honest, if you asked that question before I started smoking this Davidoff Classic No. 1, I would have guessed differently. This cigar has turned into what a lot of people don’t like about some Davidoff cigars: it’s a lot of mustiness. And in this particular case—unlike most modern Davidoff blends—there’s not really much to separate it. Still, it’s a classic example that cigars aren’t necessarily going to get milder in flavor even after lengthy periods of aging in the humidor. The obvious question—though one that’s a lot less relevant now that this cigar has been discontinued—is do I prefer it with this much age? The answer is, undoubtedly, no.