I’ve made it no secret that I’m a fan of Davidoff. Lanceros? I like those too. Perhaps my favorite Davidoff of all time? The Classic No. 2. Easily one of the best cigars featured on the site and in the market. Davidoff makes four cigars as part of the “Classic” series, a No. 1, the No. 2, the No.3 and Ambassadrice, a tiny 4 1/2 x 26 in the Señorita Format. Today’s Smoke
While the Cohiba Lancero, created by Avelino Lara as the original format for what started as Fidel Castro’s personal cigar, was created in 1964, it was not commercially available until 1984. In 1967, the El Laguito factory opened, and two years later, Davidoff introduced the world to the first Lancero, the Davidoff No. 1. The 7 1/2 x 38 pig-tailed format would become known as El Laguito No. 1, the standard for Lanceros to this day. Davidoff originally only had three sizes in its early days in Cuba: the No. 1, the No. 2 and the Ambassarice. Davidoff would leave Cuba in 1991, making their first Dominican cigars at TABADOM in 1990, including what would become known as the Classic line.

It’s the classic cafe colored wrapper you expect from a Davidoff. Impeccably rolled with heavy veins on the Ecuadorian Connecticut. Aroma has a velvet characteristic with leather, touches of cocoa and brewed coffee making up the full profile. It’s a bit soft to the touch, and rolled to a happy medium in terms of tightness. The foot of the Classic No. 1 gives off a lot of grass over cocoa and coffee with bits of caramel sweeting the full flavor. 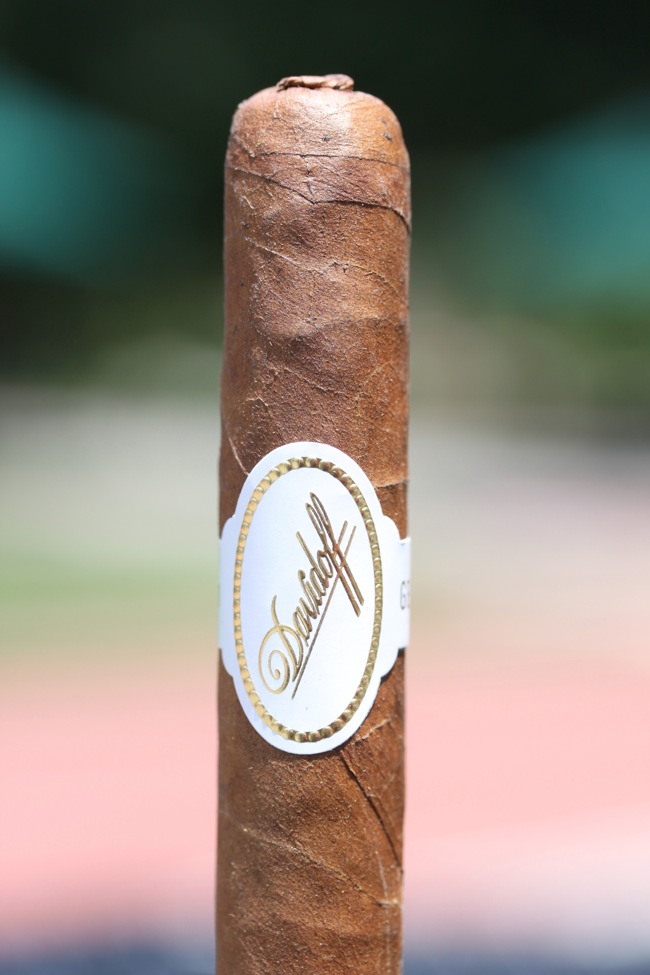 Lighting
Pigtail gone. It’s a sweet brownie-like cocoa with lots of cocoa and a bit of red wine, once again full. Cold draw is awesome with a chocolate cake like flavor mixed with earth over bits of spice, orange peel and red wine hints. Lighting produces a musty-like very strong toasty grass. It starts with a toasty chocolate, bittering to an almost gasoline-hinted earth (it was odd.) Finish is a building sweet nuts that lasts for minutes. The draw is open, flavor is medium-full and finish is long. First Third
The Classic No. 1 starts as Davidoff’s core. Lots of grassy notes are combined with cinnamon, earth and touches of spice to make up the medium flavor profile. I’m a bit shocked it’s only at medium, but it’s still quite enjoyable. Cinnamon and paprika are the dominating forces of the finish over a sweet earth, it’s medium full and long with decent richness. Draw is right where you want it to be, a bit of resistance up front and then a blast of smoke. Above is a picture of the light grey ash, which becomes a discussion point later on, the cigar has split creating a shark’s mouth, apparently good luck in the DR. Second Third
While the core of the Davidoff might be nuts and earth, lots of spices surround the flavor keeping it rather exciting. Coffee makes an appearance at the half-way mark, complimenting the full flavor quite well. The finish seems to be a bit less than the aforementioned, it’s spices, earth and grass; medium and lengthy. Everything else is nearly identical to the first third: perfect draw, awesome amounts of smoke, including a toasty aroma, mild strength, a good burn and then the ash. For whatever reason, all three Davidoff’s I smoked had some of the flakiest and lightest (in terms of weight and strength) ash I’ve ever seen. It continues to fall all over the place creating an absolute mess. Final Third
Nuts, coffee and a soft spice are the top of the final third, which is just as full as the middle portion. An oak characteristic joins the nuts, along with coffee and toasty grass to create a full and lengthy finish that reminds me of the AVO Heritage. The rest of the cigar continues, the meticulousness of Henke Kelner’s TABADOM factory on display as the Davidoff No. 1s remain nearly identical from cigar to cigar. The ash was noticeably off on two of them, which is my largest complain as it is simply annoying. With a bit less than an inch, I set the El Laguito No. 1 down, about the point where nothing more can come out of this. 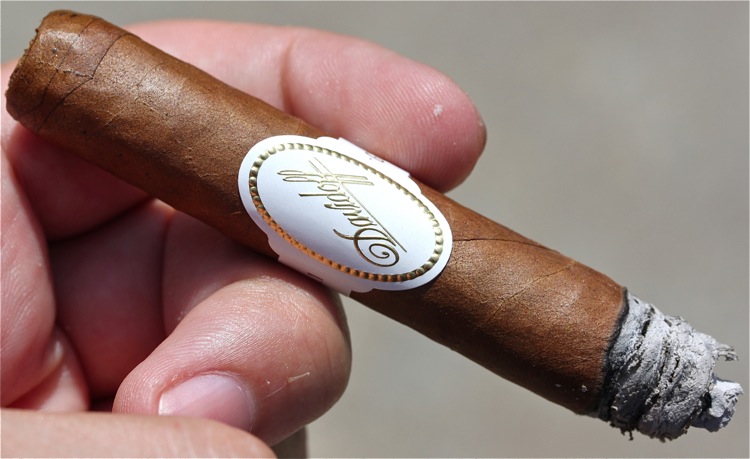 For the Novice
This is the quickest burning Lancero I’ve smoked, ever. All of them took less than ninety minutes with me puffing nowhere close to a minute a puff (closer to two minutes a puff at least.) The Davidoff Classic No. 1 was incredibly quick, which for a novice smoker might be a bit problematic as it requires some expertise in nursing so that this doesn’t turn into an hour long smoke. Strength-wise? Nothing more than mild. Flavor? A bit complex. It’s not the ideal smoke for a novice, but it’s not a bad choice. Novice approved. In the End
I like the Classic No. 2 better, a lot better. The No. 1 is undoubtedly a very good cigar, but it doesn’t have the full flavor and full body that really sets the No. 2 apart. Don’t get me wrong, it’s still full flavor and full-bodied, but not to the extent of the Corona. From every aspect, this is what you would expect as a typical Davidoff Lancero. It’s got the flavor, the aroma, the consistency – all Davidoff.

86. Enjoyable for yours truly, but not for the non-Davidoff fan.