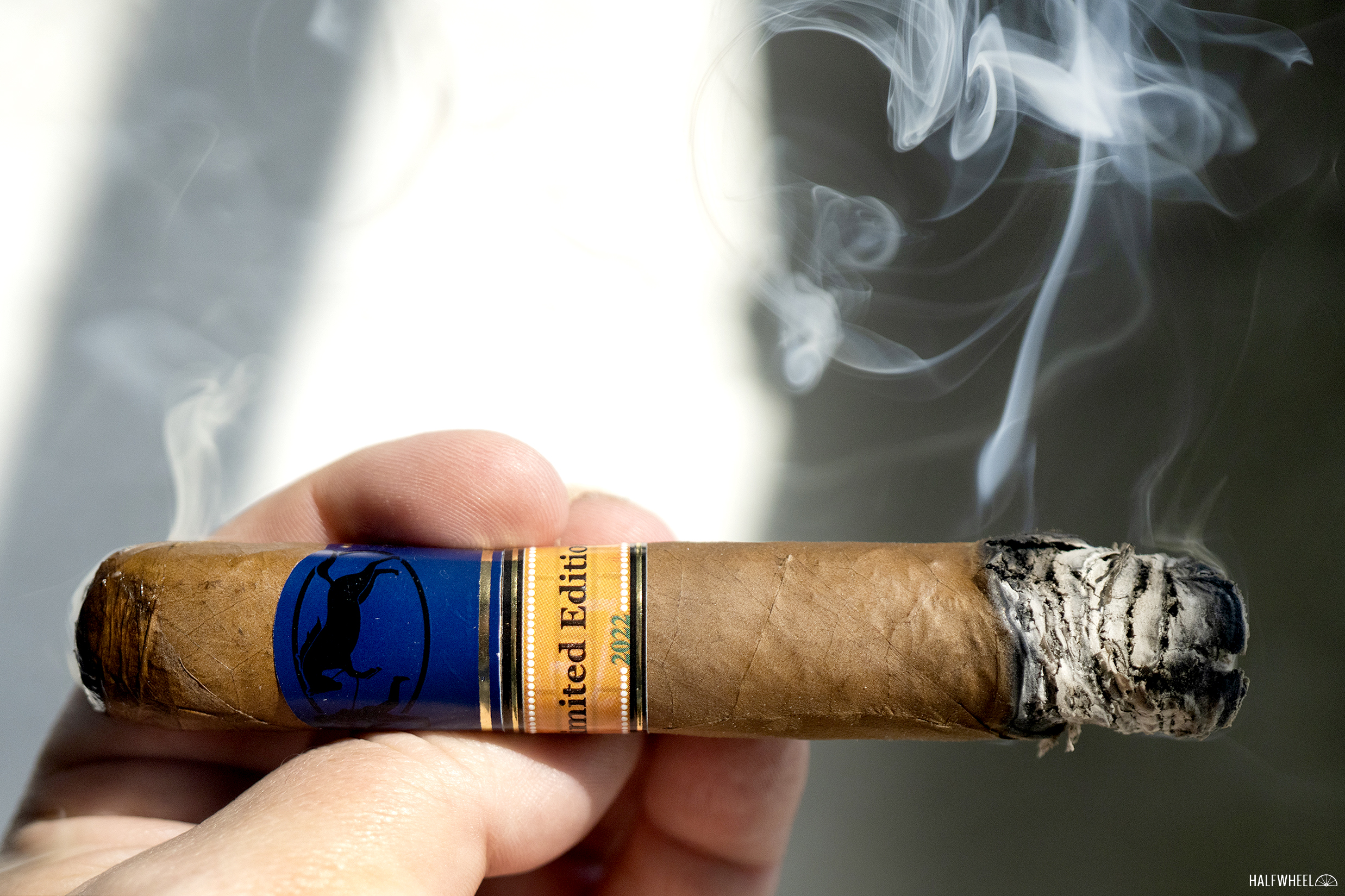 In 2016, Swiss-based Cavalier Genève announced it was entering the U.S. market as part of a distribution agreement with Dallas-based retailer Cigar Art. For its formal debut in the country, the company then showed off its White Series and Black Series during the 2016 IPCPR Convention & Trade Show.

Two years after that, Cavalier Genève released its first limited production creation for American consumers, the aptly named Limited Edition 2018, a 4 3/4 x 58 box-pressed robusto gordo based on the company’s Black Series II line. While 500 boxes of that first limited edition were released, only 200 of them were shipped to U.S. retailers. 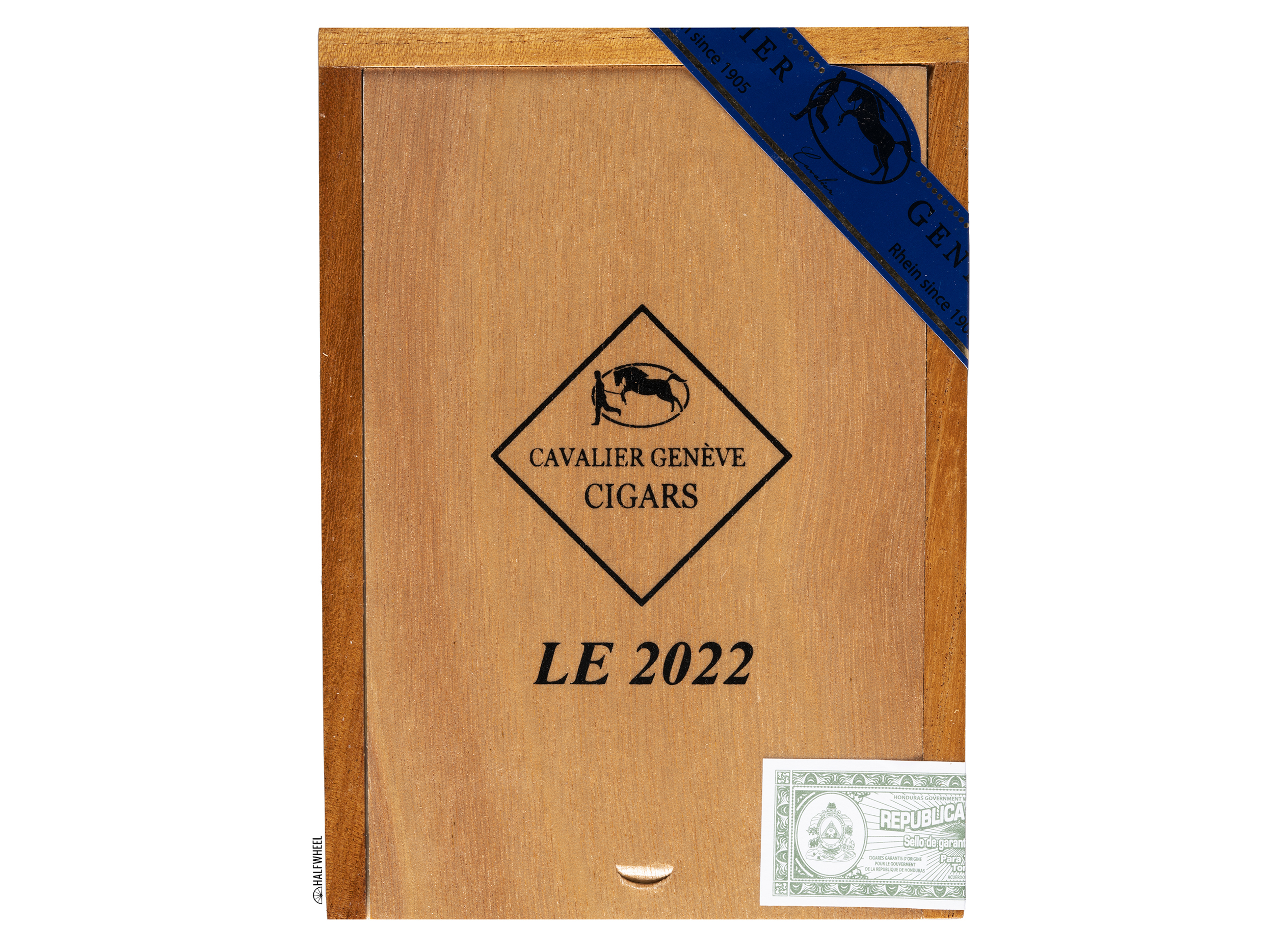 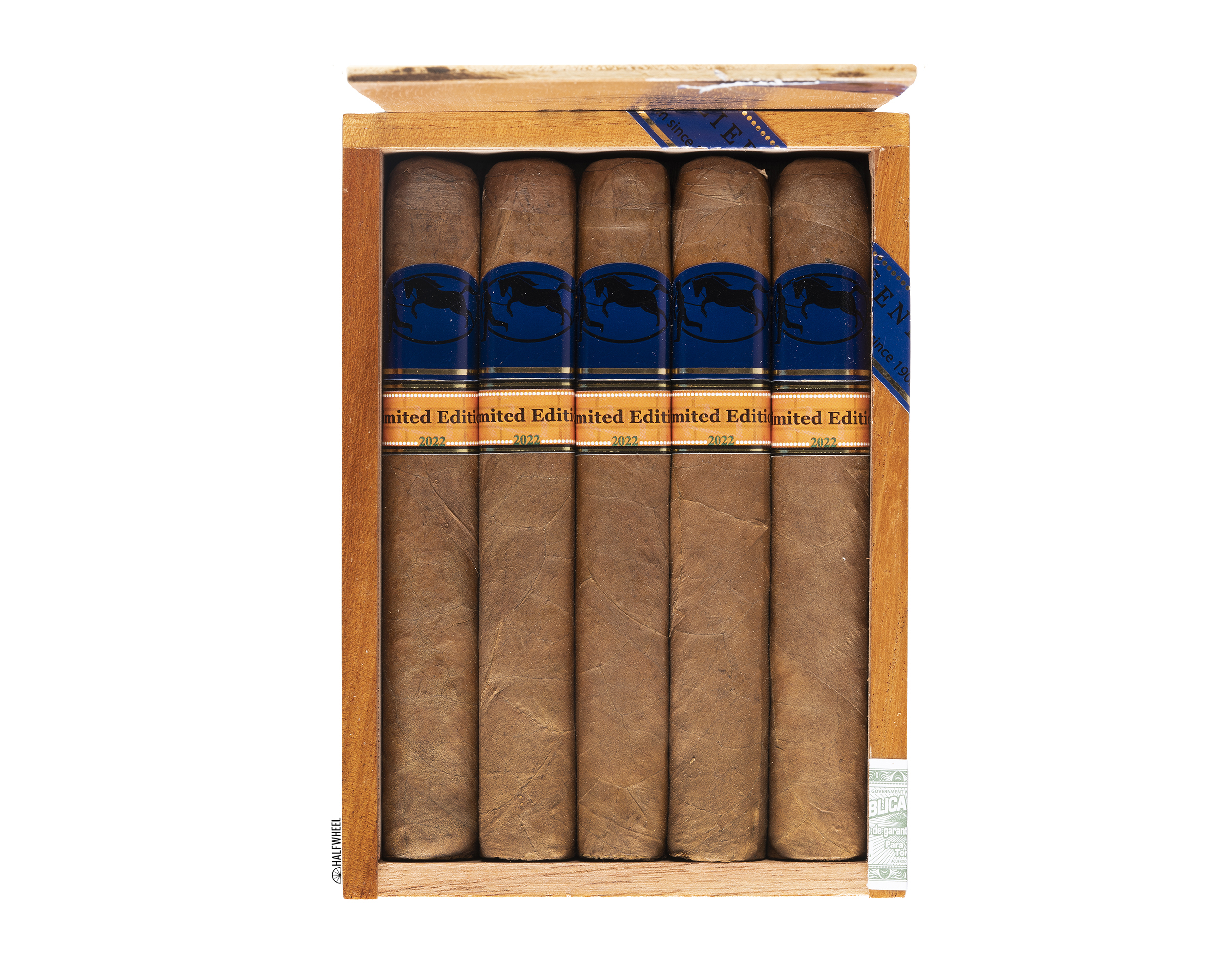 New versions were added to the series from 2019 to 2021 and the Limited Edition 2022 was shown off during the 2022 PCA Convention & Trade Show that took place in July. As was the case in the previous two years, the newest incarnation is a 6 x 54 toro gordo priced at $12 and packaged in 10-count boxes; and has also been the case since the series debuted, Cavalier declined to disclose any information about the blend.

However, one thing that has changed from last year’s release—other than the obvious fact that this year’s cigar features a soft box press instead of being round—is the number of cigars produced, a very specific number that equals exactly 1,948 10-count boxes. When asked, company founder Sébastien Decoppet told halfwheel that 1948-degrees Fahrenheit is the melting temperature of gold, a reference to the gold leaf the company has put on every cigar to date other than the recent Inner Circle release.

So far, there have been five different releases in Cavalier Genève’s Limited Edition Series. 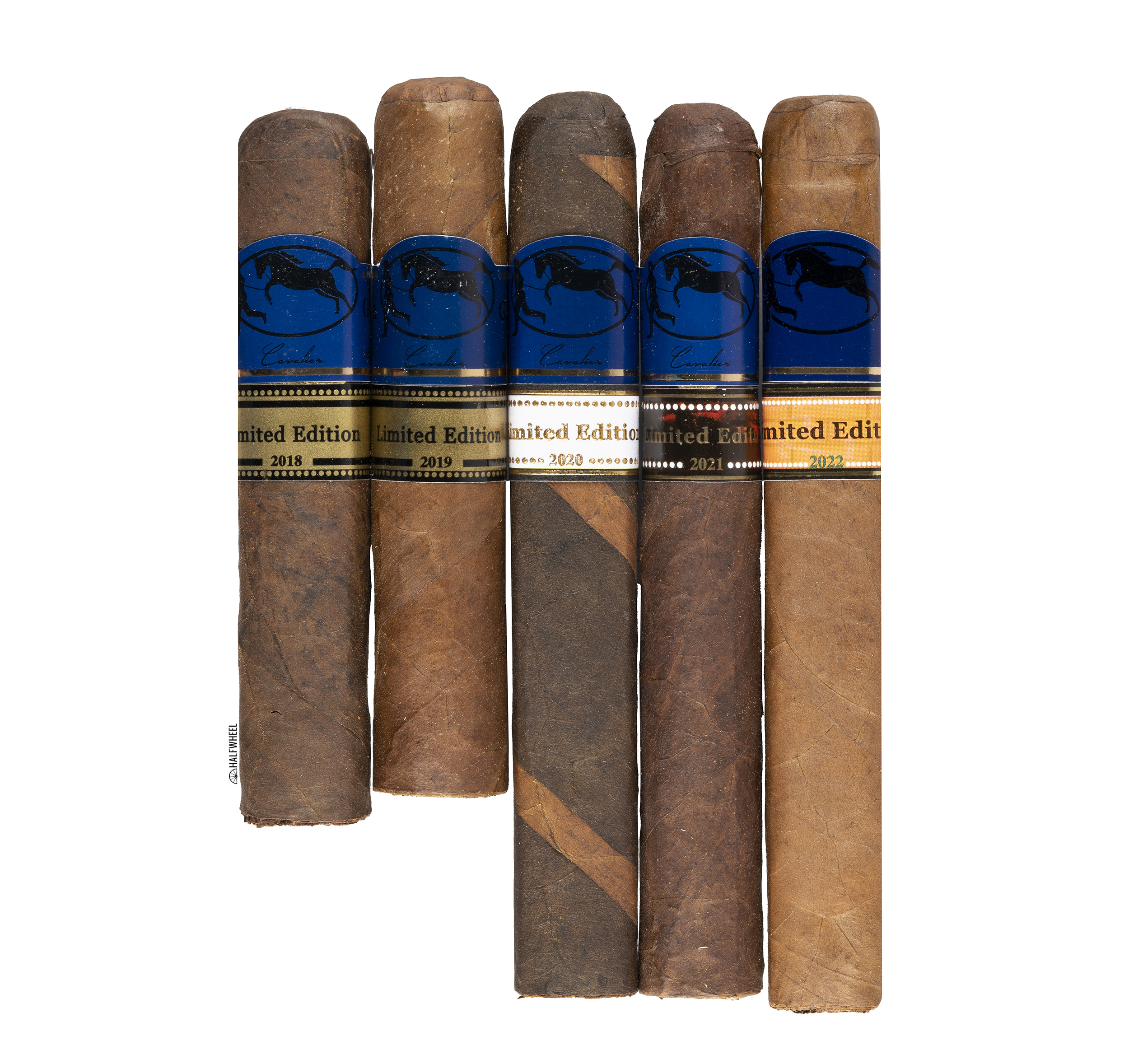 The Limited Edition 2022 was rolled at Cavalier’s Fábrica Centroamericana de Tabaco S.A. factory in Honduras. According to the company, roughly half of the boxes went to retailers in the U.S. in July while the other half were sent to international markets. 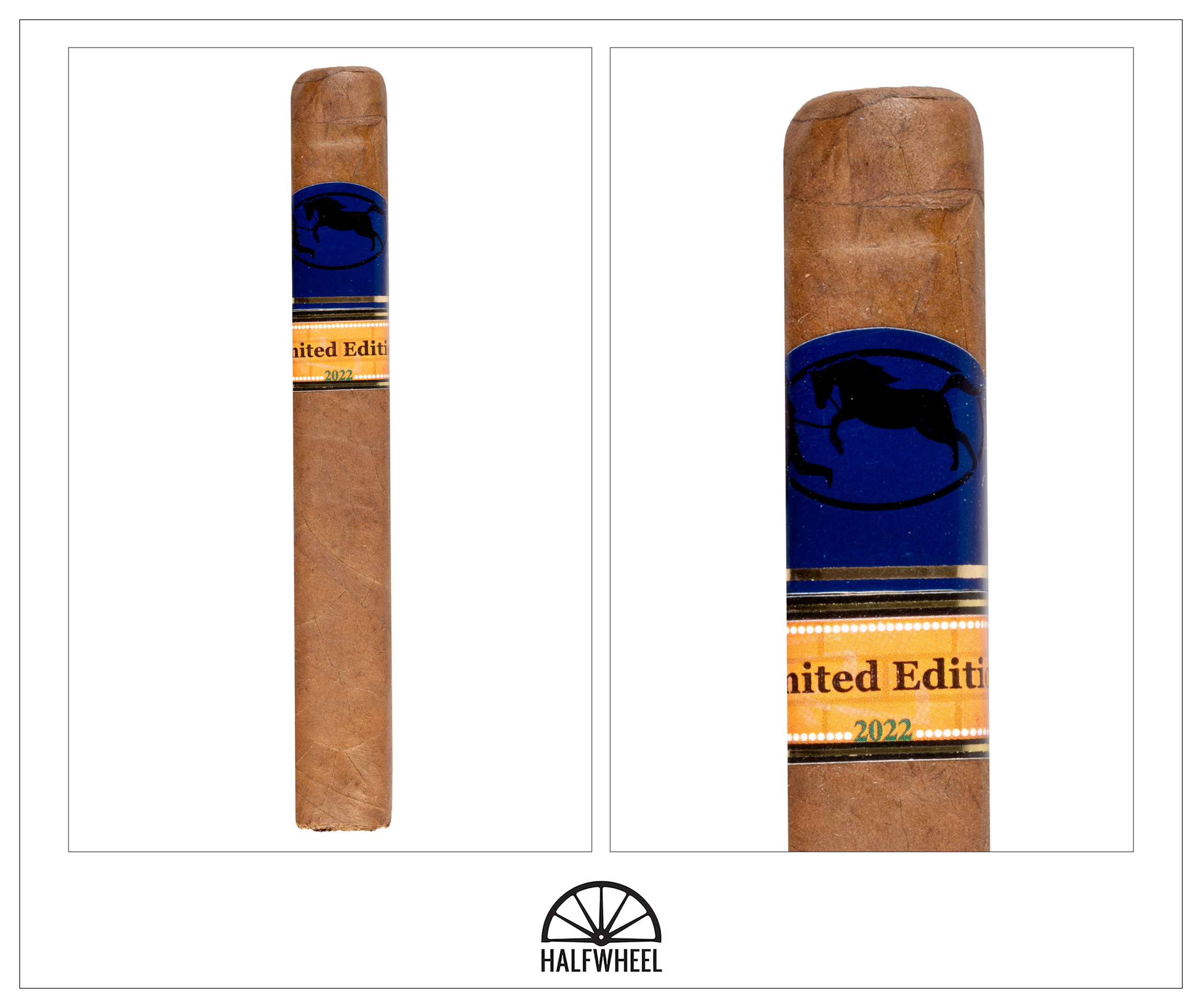 Visually, the Cavalier Genève Limited Edition 2022 has a number of things going for it: the wrapper is an attractive cinnamon brown color, the soft box-press looks to be well-executed, and the colors of the bands contrast nicely. A physical inspection reveals that the wrapper is quite dry and feels like parchment while all three cigars are noticeably spongy when squeezed. In addition, one of the cigars has a very large soft spot—more of a crater, if I am being honest—on the right side between its foot and its secondary band. Aromatic cedar leads the aromas coming from the wrapper, followed by earth, leather, dark chocolate, coffee beans and slight generic sweetness. Scents from the foot are quite a bit more aggressive, with cinnamon, sweet hay, allspice, cedar, creamy leather, espresso beans and apple juice all mingling together nicely. Finally, after cutting the cigars , the cold draw brings flavors of more cinnamon, cedar, leather, gritty earth, generic nuts, hay and apple sweetness.

Light spice and a generic vegetal flavor are the first things I taste after I light the foot of the Cavalier Genève, and while the spice remains in the profile, the vegetal note is quickly replaced by the main combination of cedar and cinnamon. Secondary flavors of sweet hay, cocoa nibs, leather, anise, peanuts and toasted bread flit in and out, while the retrohale features a touch of black pepper and more than a little honey sweetness. Flavor hits a solid medium by the end of the first third, while the body is at mild plus and the strength is just under medium. In terms of construction, there is more than enough thick, gray smoke and the draws are excellent, but the burn on all three cigars is extremely wonky with one becoming problematic enough to need a correction.

The spice from the first third—which was never all that strong to begin with—is long gone by the time the second third of the Limited Edition 2022 begins, but creamy cedar and cinnamon easily remain the main flavors in the profile. Additional notes include sourdough bread, gritty earth, hay, dark chocolate and bitter espresso beans, while the retrohale continues to be dominated by black pepper and honey sweetness, albeit more of the latter than the former. Flavor remains at a solid medium, but both the body and strength have increased slightly to land at points just under medium and medium respectively. Construction-wise, there continue to be no problems with either the draw or the smoke production, but once again one cigar needs attention with my lighter to avoid larger issues. There are not many overt changes in the profile during the final third of the cigar: cinnamon and cedar continue to reign supreme over the profile, followed by earth, tree bark, toasted bread, cocoa nibs and hay. There is a bit more black pepper on the retrohale compared to the second third, but unfortunately, the amount of honey sweetness has actually decreased slightly. Flavor ends the cigar just north of medium, while both the strength and the body end hand-in-hand at a solid medium. Finally, the burn has become bad enough that I need to correct two different cigars before I put the nubs down with less than an inch remaining, but the smoke production remains copious and the draw gives me no issues on all three cigars. 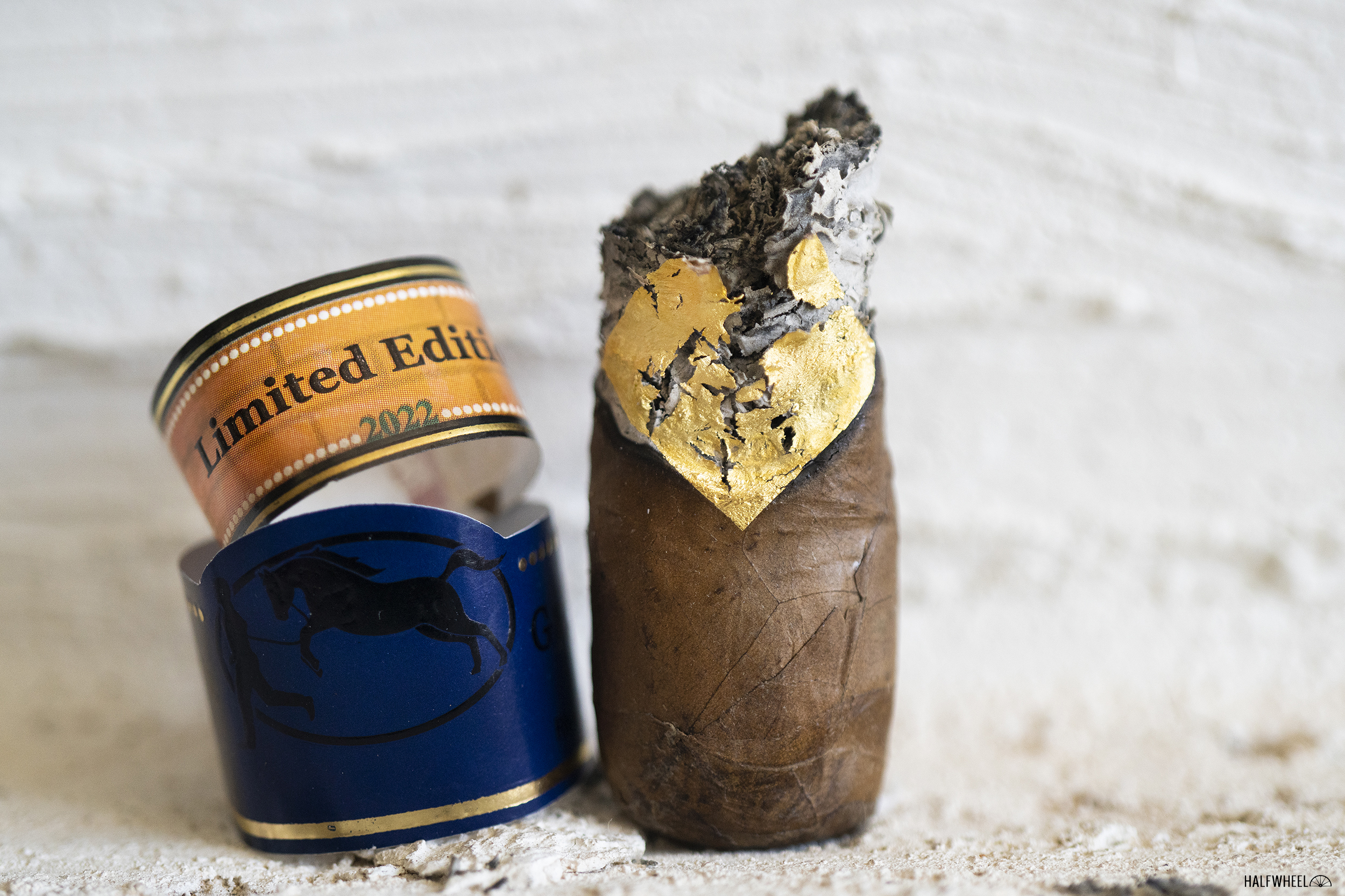 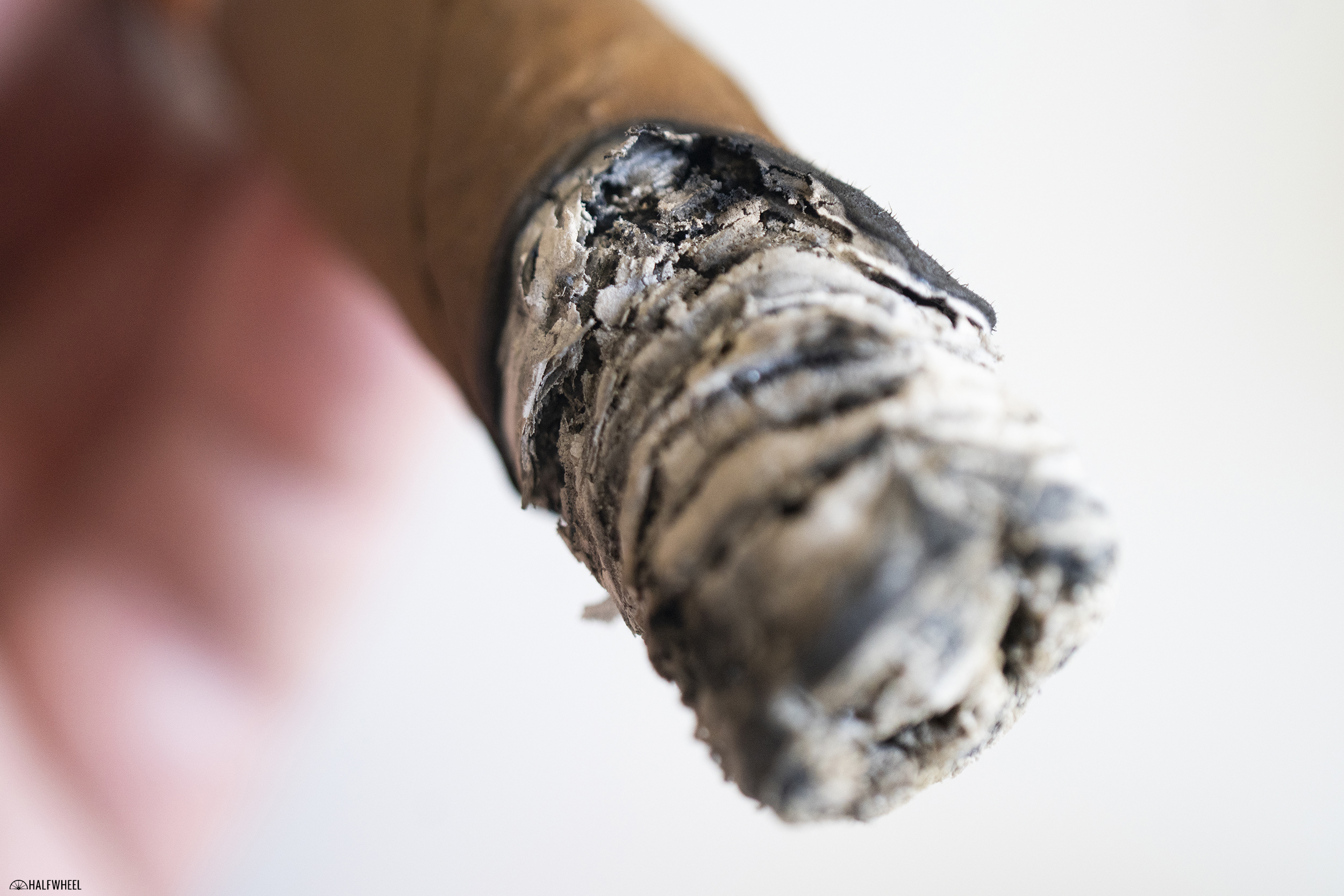 Let’s get one thing out of the way quickly: the Cavalier Genève Limited Edition 2022 is nowhere close to as good of a cigar as the Limited Edition 2020, or even as good as a well-aged Limited Edition 2018. Having said that, the 2022 incarnation does have some enjoyable qualities, including consistent main creamy cedar and cinnamon flavors on the palate and some honey sweetness on the retrohale. Unfortunately, all three cigars suffered from burn issues, and while there were some distinct secondary flavors throughout, none of the cigars entered into a realm that I would consider “complex” at any point. I would be interested to see if some time aging would help this blend as much as it did the 2018 version, but as it stands now, I would spend a bit of extra time and track down the Limited Edition 2020 before smoking this one.