It took Cavalier Genève just about two years from the time it entered the U.S. market to release its first limited edition, and when the company said it was limited, they meant it. So much so that the majority of cigars produced weren’t destined to end up on American shelves.

The Cavalier Genève Limited Edition 2018 builds off of the company’s Black Series II, which debuted in 2017 at the IPCPR Convention & Trade Show. The cigar is highlighted by a Mexican San Andrés negro wrapper that sits atop of a binder and filler that come from Nicaragua. It also bears mentioning that on top of the wrapper—and under the bands—sits a 24-karat gold leaf accent in the shape of a diamond, something that has become a signature mark of Cavalier Genève’s cigars. When the burn line passes through it, it is designed to melt onto the ash and leave a distinct look on the cigar.

Here’s what I said about the Cavalier Genève Limited Edition 2018 when I reviewed it in March 2018:

Take away my issues with the bands and the novelty of the gold leaf, and you’re left with what pretty much every cigar smoker wants: a very good cigar. There aren’t a lot of changes in the Cavalier Genève Limited Edition 2018, and the cigar won’t reach out and grab your senses with overwhelming pepper or any other particular flavor or aroma, but it establishes itself quickly and stays in its lane, making for a very pleasing two hours of smoking time. I’d certainly recommend this cigar to nearly anybody who wants a smooth smoke to enjoy as the accompaniment to a conversation or just some quite relaxation. 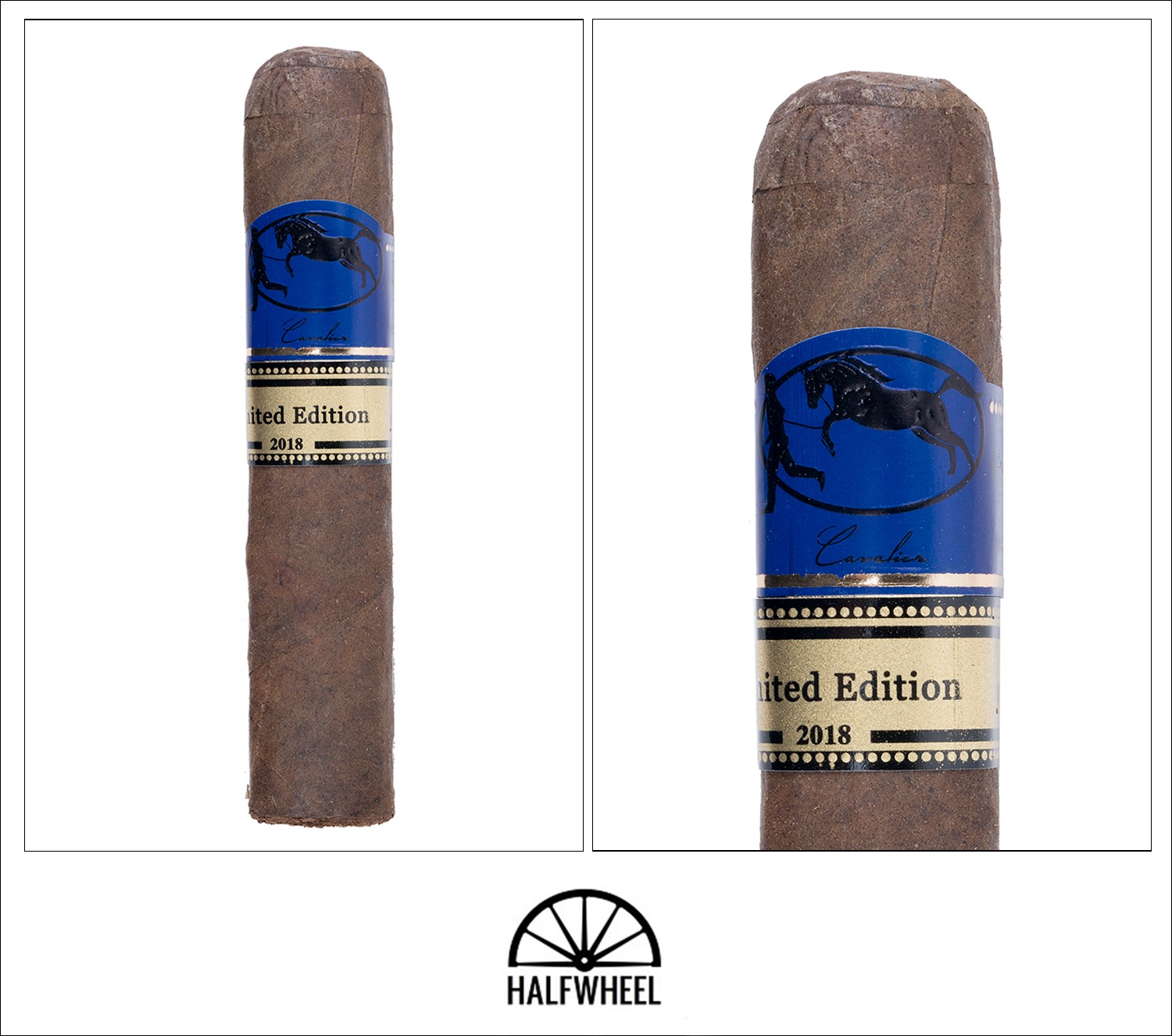 The Cavalier Genève Limited Edition 2018 has a memorable look and the more I stare at it, the more I recall my notes from a year ago; the significant press gives it a candy bar shape, while the secondary band has been applied noticeably off-center and the primary band’s combination of black on royal blue leaves a bit to be desired as far as visual contrast. But those are simply cosmetic gripes; the cigar itself sports a toothy wrapper that appears to be a bit dry, or simply lacks much in the way of oils. The roll is good and the press firm, leaving just a bit of give to the cigar. The cap leaves a bit to be desired, in particular the tobacco leading up to the final piece, as it looks cut a bit haphazardly and there’s enough contrast in the leaf’s color to expose the issue. The foot of the cigar has a much lighter aroma than I was expecting, giving me the smell of a freshly opened box of candy canes at first sniff before turning to dry woods and a bit of white pepper. The cold draw is just a bit loose and opens with a dry chocolate brownie before a very subtle bit of red chili pepper flakes spices up the taste.

The first puffs of the Cavalier Genève Limited Edition 2018 have an interesting mix of earth, coffee, chocolate and pepper that are more focused on how to work together best rather than battling to see which one should stand out. It’s a fairly remarkable start with complexity and balance that gets the palate engaged immediately. By the one inch mark, the flavor has begun to dry out just a bit, with a wood note coming out of the mix after not being there at the onset and taking the profile to the midway point. Retrohales are peppery but not overpowering, exhibiting a very smooth pepper that hits the nostrils with a very fine tingle, much more so a gentle tickle than a punch. The draw, burn and smoke production have all been fantastic, and the flavor seems to encourage a slow puffing rate as there’s enough flavor and stimulation in each puff to warrant savoring it until it’s time for the next one. 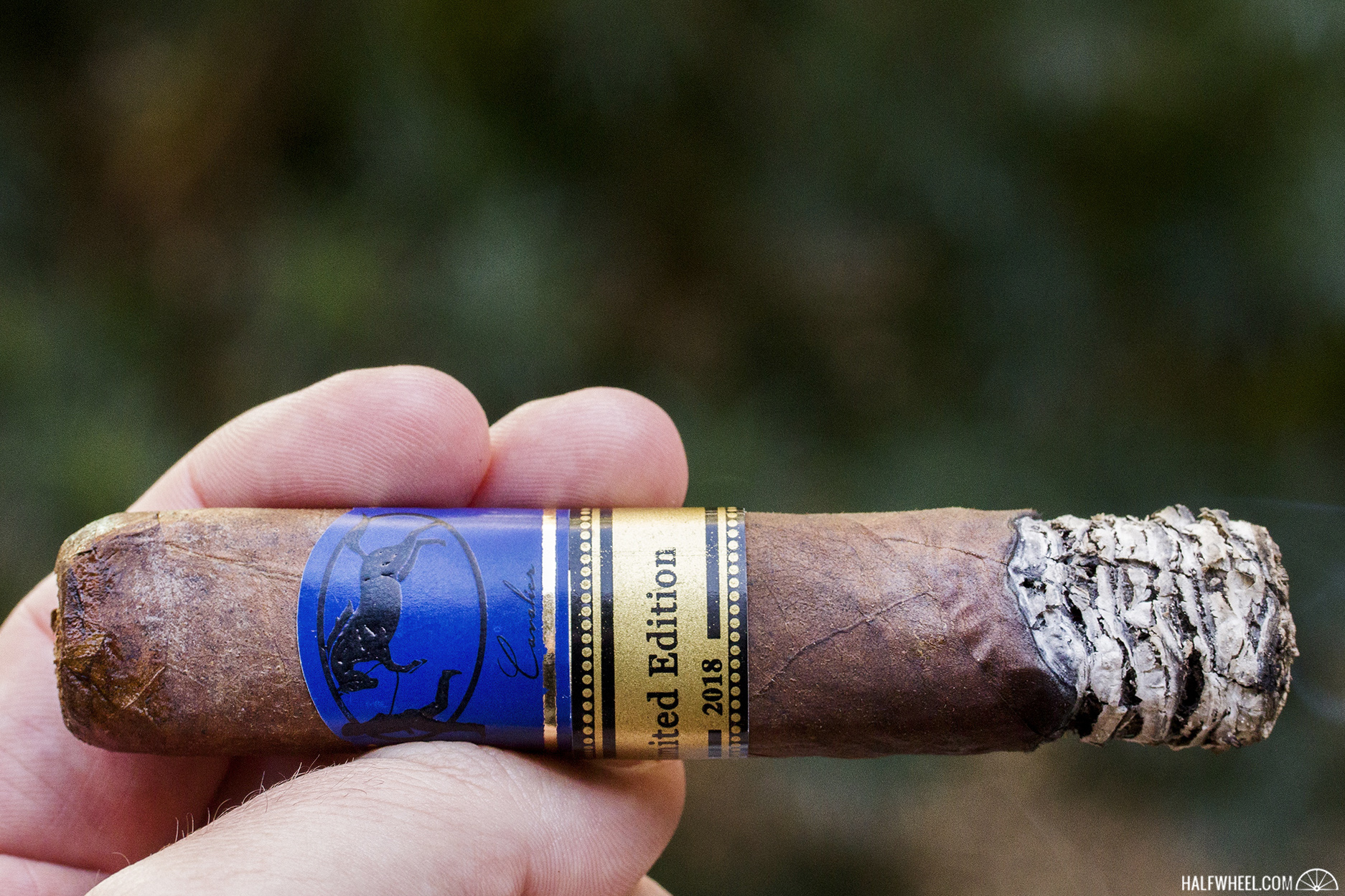 When the burn line goes across the midway point, the Cavalier Genève Limited Edition 2018 turns a bit earthier, pivoting away from the wood note but keeping the dry profile that it has established over the last inch. Pepper is still well restrained and balanced, gentle on the palate but ready and waiting to dish out a bit more strength via retrohales. Heading into the final third, the cigar takes on a bit more of a coffee-forward profile while quickly shedding most of the chocolate it has had accenting it to this point before it returns almost as soon as I can type the previous words. Much like coffee comes with tasting notes, it’s a similar sensation here as I feel like everything else I’m tasting is coming through the main coffee note instead of on its own, but the result is no less enjoyable. As the burn line hits the gold leaf, it does as expected and melts on to the ash leaving a recognizable if not terribly gorgeous gold mark. After performing and tasting almost flawlessly, the cigar picks up a bit of heat and the flavor gets sharper on the palate, which on its own isn’t terrible but the difference between where the flavor has been and where it is now amplifies the change. Earth comes in for one more appearance before it’s time to put the cigar down, while the pepper is now just a bit more aggressive on the palate, again a change noticed more because of where it had been prior. The draw is still fantastic, the burn line even, and smoke production plentiful when it’s time to put the cigar down after just shy of 90 minutes of smoking.

I feel like I might need to temper my praise a bit on the Cavalier Genève Limited Edition 2018, though at the same time this particular sample, with its one year of rest, has earned pretty much every compliment I could heap upon it. The cigar starts complex right out of the gate, never falls out of balance and shows flawless construction and technical performance. The flavors are both vibrant and yet restrained so as to never overwhelm the palate, the retrohales perform much the same, and the end result is a simply fantastic cigar that I feel like I could have kept smoking were it not for a touch of heat at the end and the inevitable burning of my fingers and lips. The cigar is definitely in a better place than it was a year ago and is smoking absolutely wonderfully at the moment. I'd highly recommend lighting one up if you have some or happen to come across it.