After being in the American market only two years, Cavalier Genève released its first limited edition cigar last year, appropriately named the Cavalier Genève Limited Edition 2018. Covered in a Mexican San Andrés negro wrapper covering Nicaraguan tobacco in both the binder an filler, the 4 3/4 x 58 robusto gordo had a grand total 500 boxes of 10 cigars released, with only 200 of those boxes sent to the United States. Considering the above, it was not much of a surprise when the company announced there would be a followup release during this year’s IPCPR Show named the Cavalier Genève Limited Edition 2019. However, what was a bit of a surprise is the lack of details compared to the previous release, as there was no information given about any part of the blend of the cigar this time around.

What we do know is that the size of the newest release is very similar—4 3/8 x 58 compared to last year’s 4 3/4 x 58, although the latter is box-pressed and the former is round—and that the MSRP is the same $11. The company also indicated that there is double the number of cigars this time around, with 1,000 boxes of 10 that shipped to retailers in August instead of only 500 boxes last year.

Finally, as with last year’s release, the Limited Edition 2019 features Cavalier Genève signature 24-karat gold leaf accent in the shape of a diamond on top of the wrapper but under the two main bands. According to the company, when the burn line passes through it, the gold is designed to melt onto the ash and leave a distinct look on the cigar. 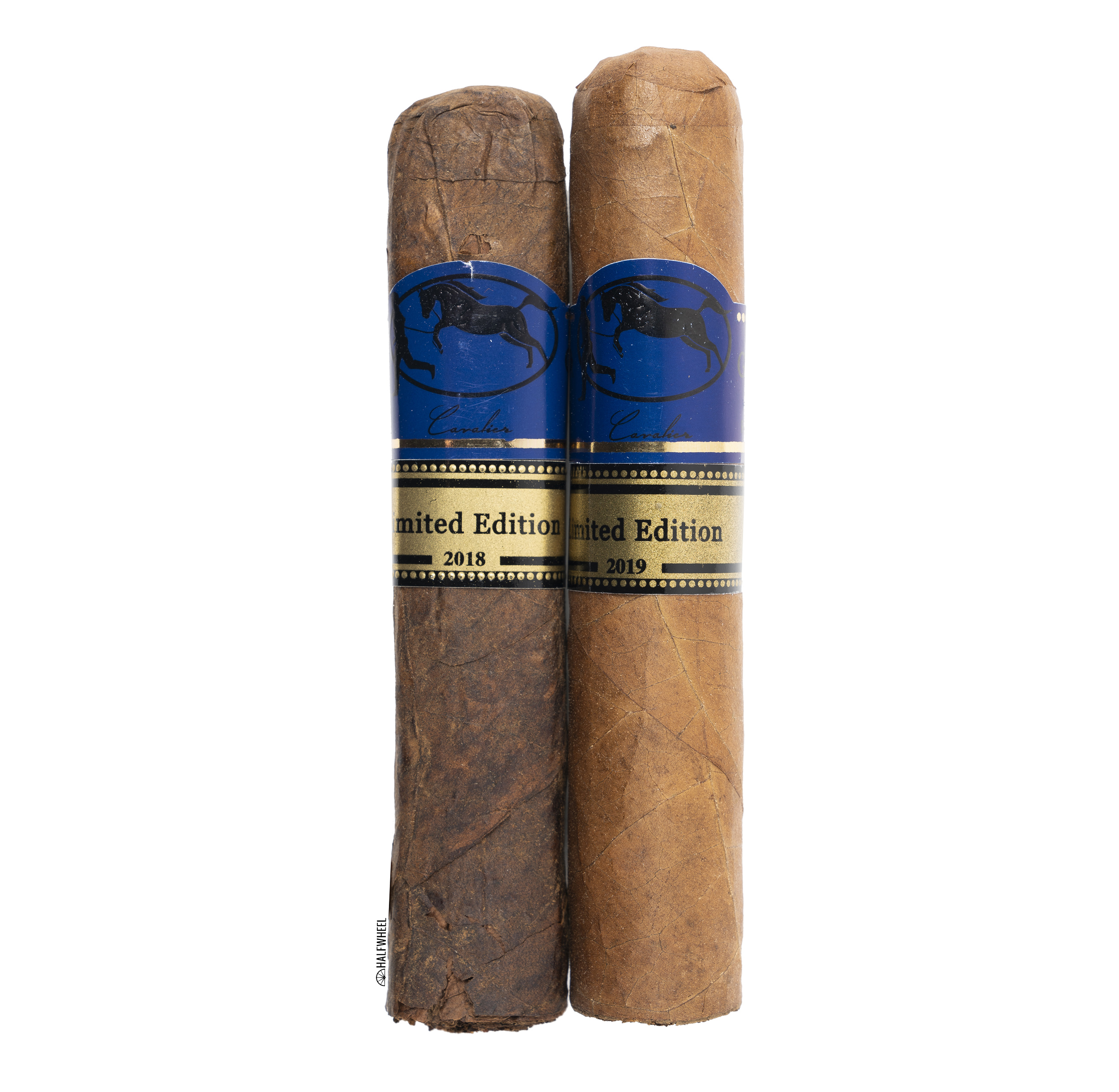 There is almost no possibility of mistaking the Cavalier Genève Limited Edition 2019 for last year’s release: if the lack of box-press on the newest version did not tip you off, the noticeably lighter wrapper would. Speaking of the wrapper, it is milk chocolate in color and features plenty of visible oil as well as some very prominent veins running up and down its length. The cigar feels quite dense in my hand and is nicely firm when squeezed. The aroma from the wrapper is a combination of strong apple cinnamon, bakers spices, oak, creamy leather, earth and nuts while the cold draw brings flavors of cashews, creamy oak, leather, and distinct plum sweetness.

After toasting the foot, the Cavalier Genève LE 2019 begins with a fair bit of creamy oak and earth on the palate pulled over from the cold draw, followed by notes of leather, milk chocolate, creamy cashews and a touch of floral. Along with a noticeable spice on my lips, there is quite a bit of black pepper on the retrohale as well as a tiny amount of vanilla sweetness, both of which seem to get stronger as the first third burns down. Construction-wise, the burn is a bit wavy and draw is a bit loose, but neither causes enough of an issue to really impact the profile. In terms of strength, the Cavalier Genève leaves the mild mark behind by the end of the first third and seems to be increasing.

Interestingly, the combination of creamy oak and earth that was so prevalent in the first third of the Cavalier Genève is replaced by a creamy cashew note that has become dominant, although the former two flavors are still very obvious in the profile. Some additional notes of bitter espresso, cocoa nibs, baker’s spices, hay and leather flit in and out, while the black pepper on the retrohale remains at about the same level. Thankfully, the vanilla sweetness has increased slightly, but the spice from the first third is long gone. In terms of construction, the draw continues to be a bit loose—albeit not so loose that really has any negative impact on the profile—but the burn becomes janky enough that I am forced to touch it up before it gets too bad. The smoke production is quite high off of the foot, and while the overall strength does increase a little, it ends up hitting a point closer to medium by the time the second third ends. The Cavalier Genève Limited Edition does not change much during the final third, including the dominant creamy cashew flavor as well as lesser flavors of earth, bitter espresso, oak, hay, leather and dark chocolate. There is more black pepper on the retrohale as well as more vanilla sweetness compared to the second third, but the relative levels are still pretty low. Thankfully, the burn evens up nicely, and while the draw continues to be a bit loose, it is still easily enough to get a decent draw out of. Finally, the overall strength increases a tiny amount just before the last puff, ending up very close to the halfway point. After reading the Redux review and score that Patrick gave the 2018 Limited Edition release, I was looking forward to seeing what the Cavalier Genève Limited Edition 2019 brought to the table. What I found was a well-constructed cigar with a very enjoyable profile filled with dominant cashew and creamy oak notes along with some slight vanilla sweetness that came and went throughout. Construction was okay—the loose draw costs the cigar a few points—and the strength was very well-balanced, leading to a worthy follow-up to last year’s release.