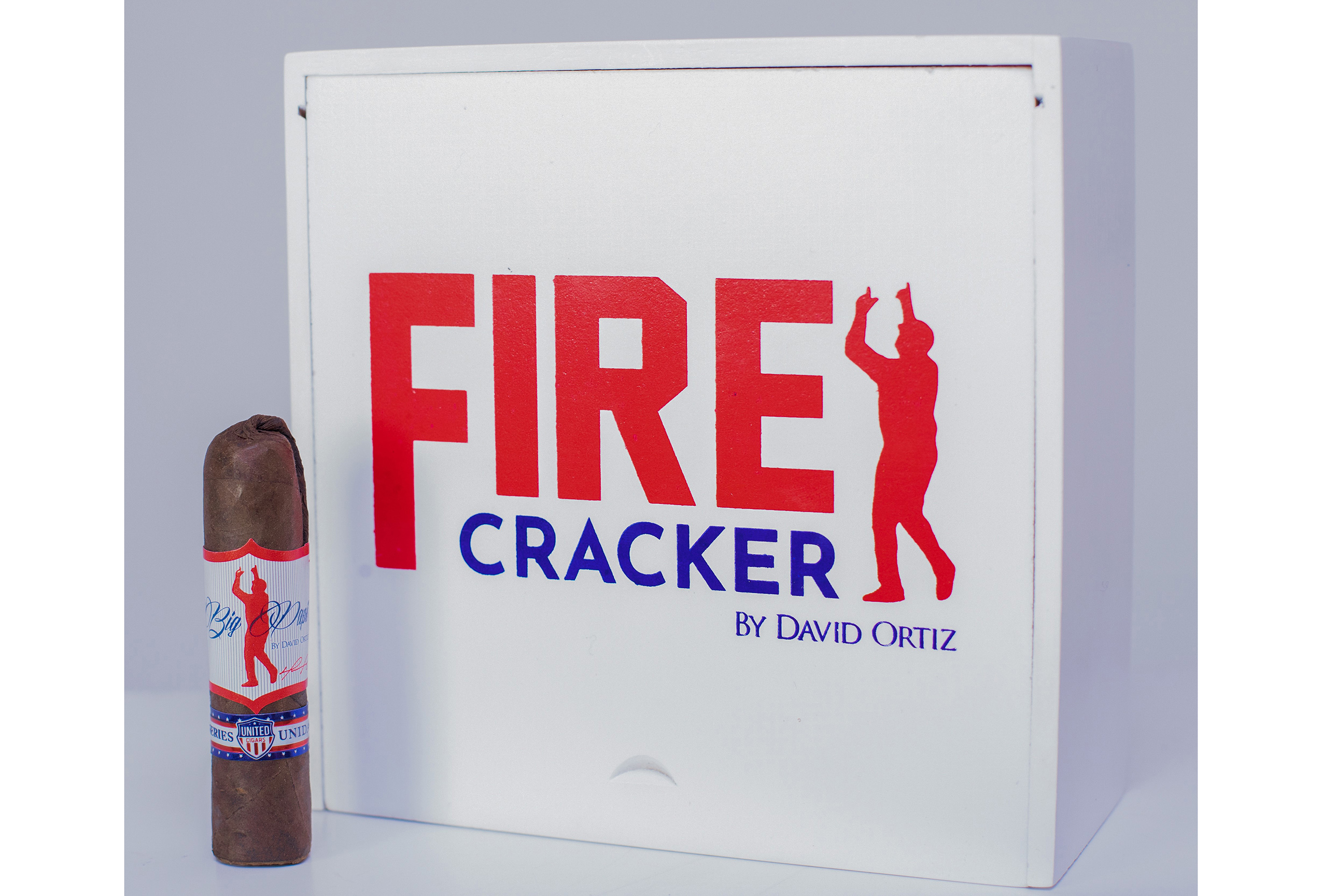 While United Cigars’ Firecracker Series is most commonly associated with the 4th of July, this year the company is also celebrating the start of the baseball season with the Big Papi Firecracker, the line created by former Major League ballplayer David Ortiz and El Artista Cigars.

The dimensions of the cigar remain the same as others in the series, meaning a 3 1/2 x 50 short robusto. The blend features a Mexican San Andrés wrapper, a Dominican negrito binder, and a filler that contains Dominican criollo 98, Jalapa-grown tobacco from Nicaragua, and Pennsylvania broadleaf. It is a variation on the Slugger line, which debuted in 2019.

The cigars are being offered in 20-count boxes with production limited to 1,000 boxes; 10 of those boxes are signed on the inside by Ortiz. Additionally, each box will have a QR code that will direct the consumer to a special video from Ortiz thanking them for purchasing the cigar.

Ortiz played 14 seasons in Major League Baseball, earning 10 All-Star Game selections and seven Silver Slugger Awards, and was on three World Series winning teams with the Boston Red Sox. He is currently on the Hall of Fame ballot for the first time, with those results being announced on Tuesday. “This was a special project that I wanted to be a part of,” said Ram Rodriguez, owner of El Artista Cigars, in a press release. “This Firecracker is a unique vitola and for a Big Papi Firecracker it had to be special. I wanted tobacco that was grown in the Dominican in the 60’s and Dominican Negrito was that tobacco.”

United Cigars has also announced that it will be releasing the Bandolero Firecracker in June.