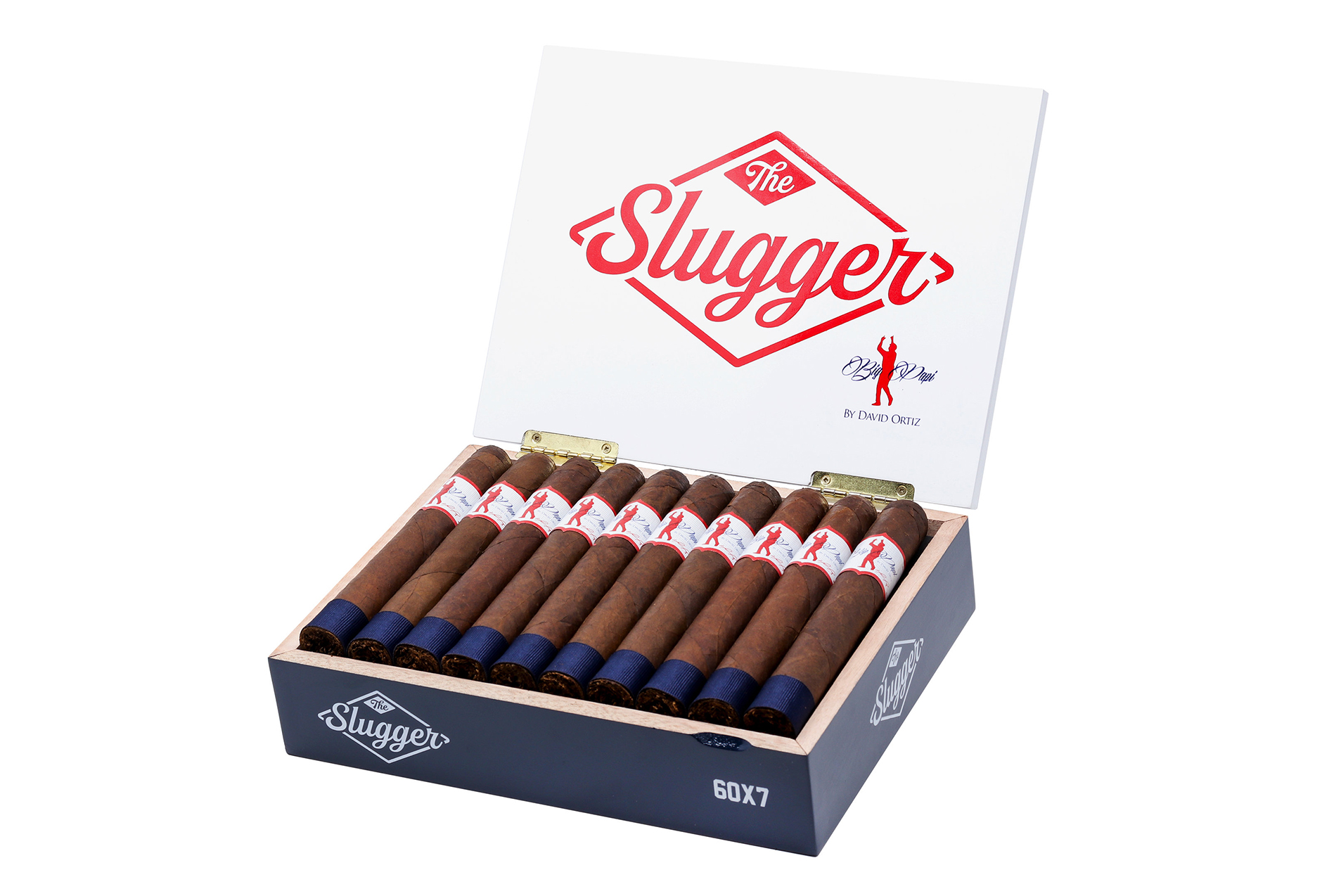 El Artista Cigars’ Big Papi line, which was created in collaboration with baseball legend David Ortiz, is getting a second size, The Slugger, which measures a whopping 7 x 60.

The new size is blended to not just be larger than its predecessor, the 6 x 54 Big Papi by David Ortiz that came out in October 2016, but also stronger. Its blend is completely different from the original, and now features a Mexican San Andrés maduro wrapper, Dominican negrito binder, and fillers from the Dominican Republic, Nicaragua and United States. The company says that while the original Big Papi was a medium blend, The Slugger moves more to the full end of the spectrum by way of several ligero tobaccos.

“David’s brand recognition is growing across many of his projects,” said Radhames ‘Ram’ Rodriguez, president of El Artista Cigars, via a press release. “Over the last three years we have seen good growth in the Big Papi cigar line and we want cigar fans to have something new.”

It appears that Ortiz himself wanted something new as well, saying via a press release that “I wanted a cigar size that better fits in my big hands, something that is big like me.”

The Slugger will come bearing a look that resembles that of the original, but gets a navy blue foot ribbon to complement the red and white Big Papi band. It will be priced at $12.50 per cigar and offered in 20-count boxes.

“We have hosted dozens of events with Big Papi since 2016 and gathered a lot of feedback from fans about what the next blend should be like,” said Kevin Newman, director of sales & marketing for El Artista Cigars. “Our Big Papi fans asked us to increase the power for the next blend; we not only increased the strength but made a bigger cigar packed with even more flavor.”

If the Slugger name sounds familiar for the Big Papi line, the company had an event-only, baseball bat shaped cigar called the Big Papi Big Slugger that it began offering in Feb. 2018. That cigar was a 7 x 62 figurado priced at $45 and limited to 10,000 cigars.

The cigar will be launched at the upcoming 2019 IPCPR Convention & Trade Show, which kicks off June 28 in Las Vegas, Nev. The company expects to begin shipping The Slugger by the second week of July.