Viaje’s collaboration with Quesada, known as Juntos, is slated to be released at next month’s IPCPR Convention & Trade Show. Now more details have emerged about the release.

Juntos will come in a singular can, that actually is two smaller, interlocking tubes. In the top tube will be 10 6 x 54 toros, while the bottom tube will contain ten 6 x 54 torpedoes.

As for the blend, it features a Dominican negrito wrapper, Dominican criollo binder and Nicaraguan fillers including criollo 98. This is the third release in the series formerly known as Viaje Collaboration. Each year, Viaje collaborates with another company for a release, Quesada follows the Tabacos Valle de Jalapa S.A. factory and PDR Cigars in terms of partners for the project. This is the first time that Quesada has produced cigars for Viaje, whereas both of the other factories have worked with Viaje for other projects. 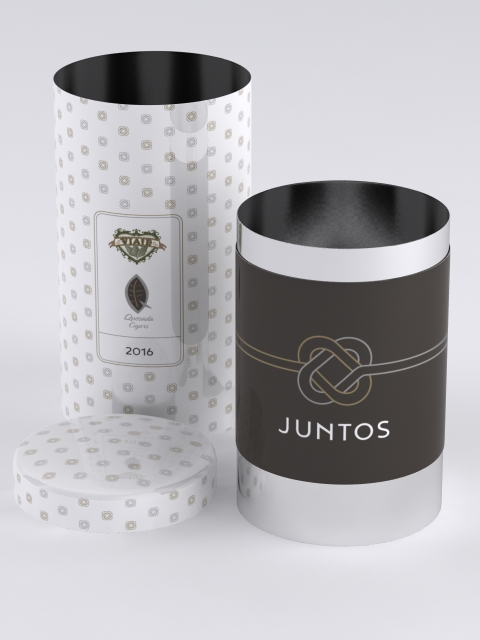 A total of 1,000 cans will be produced, pricing has not been announced.