If you are looking for a cigar blog that is more than a cigar blog, Cigar Dojo is without question the place to go.

Just about every cigar blog will review cigars, post press releases and, at least these days, host a podcast. But Cigar Dojo describes itself as a cigar community. It does all those things, and then some things that most cigar blogs don’t do. It offers things like Cigar Wars, an online user-powered voting system that is basically a popularity contest between two cigars, which is probably great for getting manufacturers to drive traffic to its site.

It also has cigars.

The company has partnered with over a dozen cigar brands to produce cigars that have been branded as Cigar Dojo products. Most of those have been limited editions that have been sold through a single retailer, but there is one notable exception.

In 2014, Cigar Dojo partnered with Drew Estate to release a special size of its Undercrown Maduro line. The Undercrown Dojo Dogma is a 6 x 56 box-pressed toro gordo that started as a limited release for a single retailer before being released as a regular item to retailers nationwide in 2018.

The cigar uses an Ecuadorian Sumatra wrapper over a stalk-cut and stalk-cured habano binder from the Connecticut River Valley. Underneath those leaves are fillers from Nicaragua, including aged ligero from the Nuevo Segovia region. 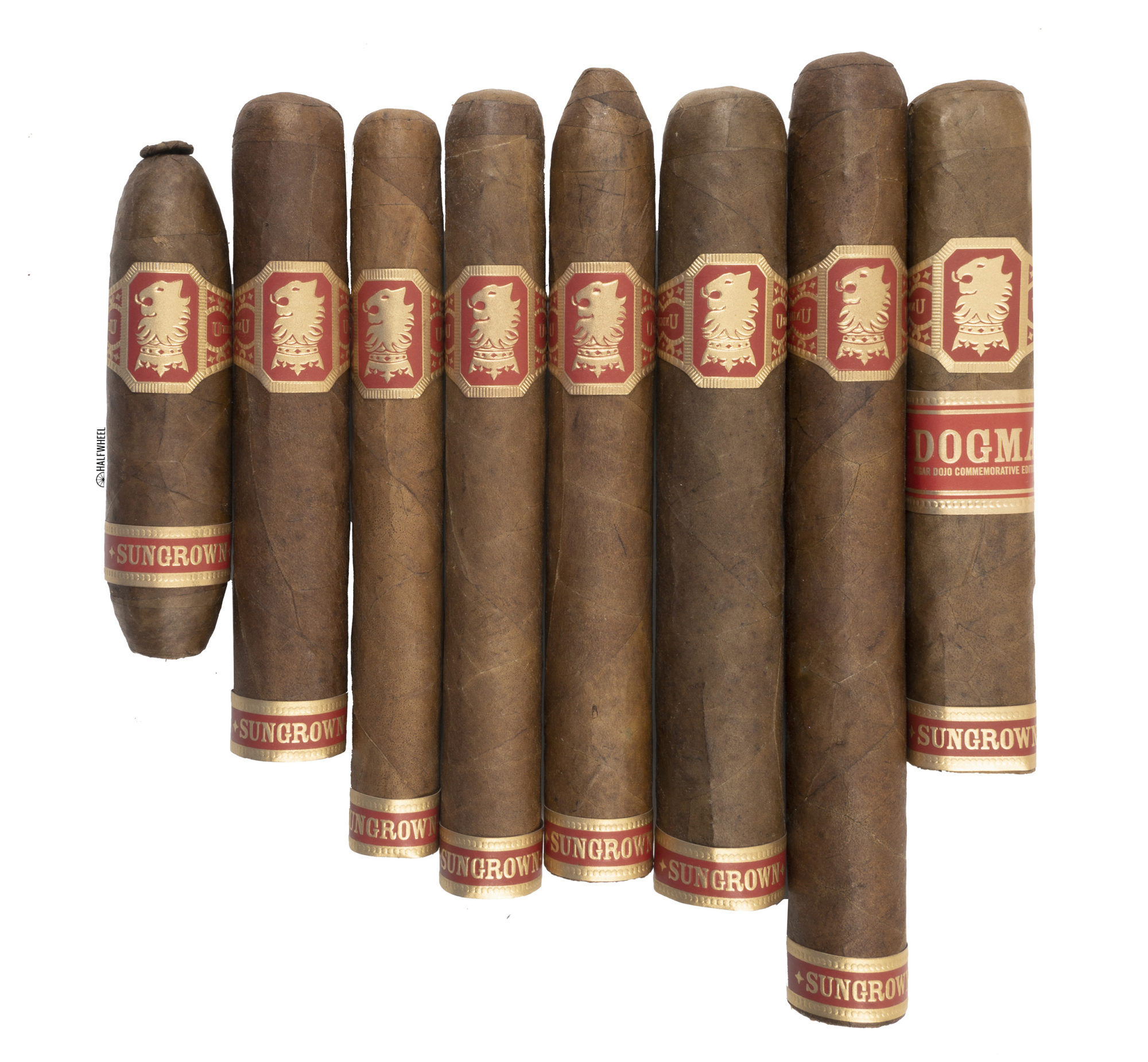 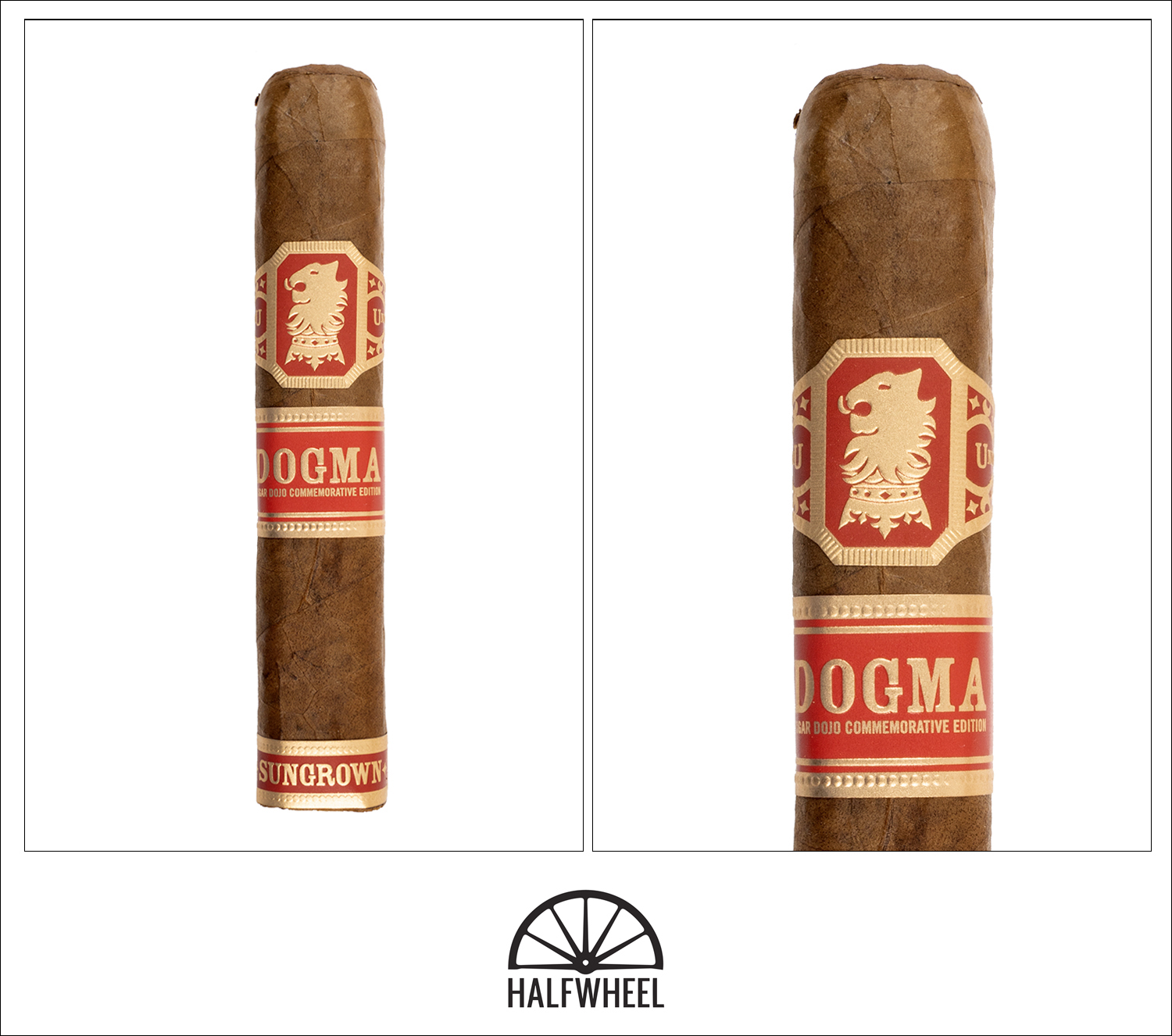 This certainly will not win Drew Estate’s internal competition for the prettiest wrapper it uses. It’s not littered with veins or patch jobs, but it’s just kind of dull. That certainly isn’t helped by the bands, which are also rather muted. The aroma from the wrapper is medium-plus with chocolate, oranges, damp mud and some manure. The foot is fuller with chocolate, an orange juice flavor and some white pepper. Cold draws of the Undercrown Sun Grown are muted. There’s a mild mud flavor, touches of red grapes and a tea flavor. The only thing isn’t muted is a medium-full white pepper sensation on the back of the throat. It’s not the idlest cigar in the world, but given the aromas, I was expecting a lot more.

Fortunately, it begins a lot more lively than what the cold draw offered thanks to a medium-plus mixture of black pepper, sweet cedar, leather and some oatmeal. As the Undercrown Sun Grown Dojo Dogma burns a bit more, the profile adds some depth. It settles on a mixture of pizza dough over leather, white pepper and lots of mineral flavors. The finish has bread, sesame seeds, leather and some black pepper. Retrohaling produces a distinct yuzu flavor along with pizza dough and black pepper. The finish of the retrohale is also pretty interesting with ketchup on top of leather, white pepper and mineral flavors. Flavor is medium-plus, body is medium-full and strength is medium-full. In comparison to most cigars, construction is pretty good. But Drew Estate products tend to have excellent construction and this isn’t excellent. It could have a slightly tighter draw and the ash is a bit flaky. 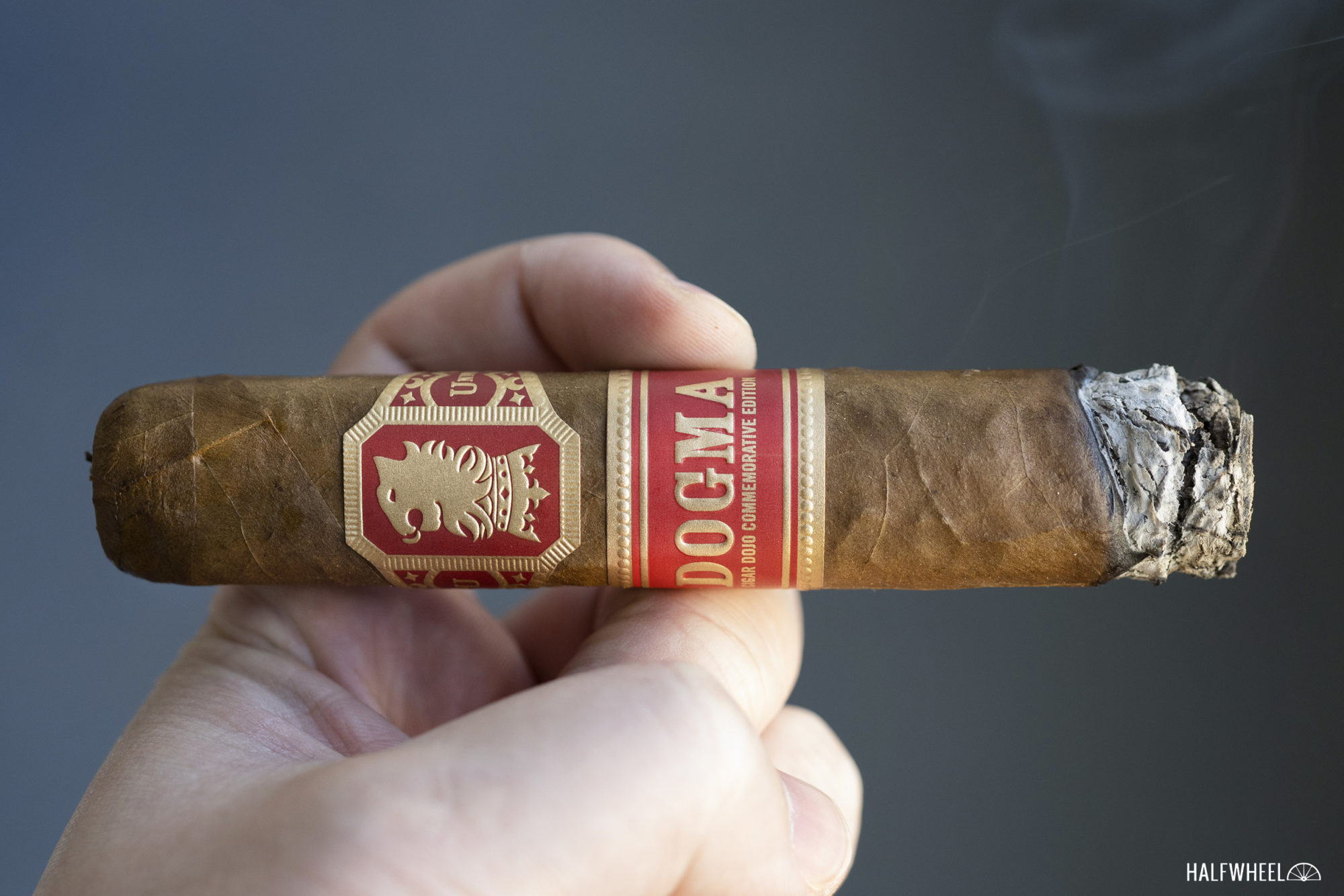 The second third of the Undercrown Sun Grown Dojo Dogma sees creaminess take over as the main flavor. There’s some earthiness underneath it, though both flavors are quite dry. Nuttiness doesn’t help make things any less dry, though it adds a welcome bit of complexity. Similarly, two samples have some lemon that adds another dimension.The finish has hay and creaminess over white pepper and leather. Retrohales have that red grape flavor from earlier over some white pepper. Flavor is medium-full, body is medium-full and strength is medium-plus. The draw tightens a bit, which helps things quite a bit. 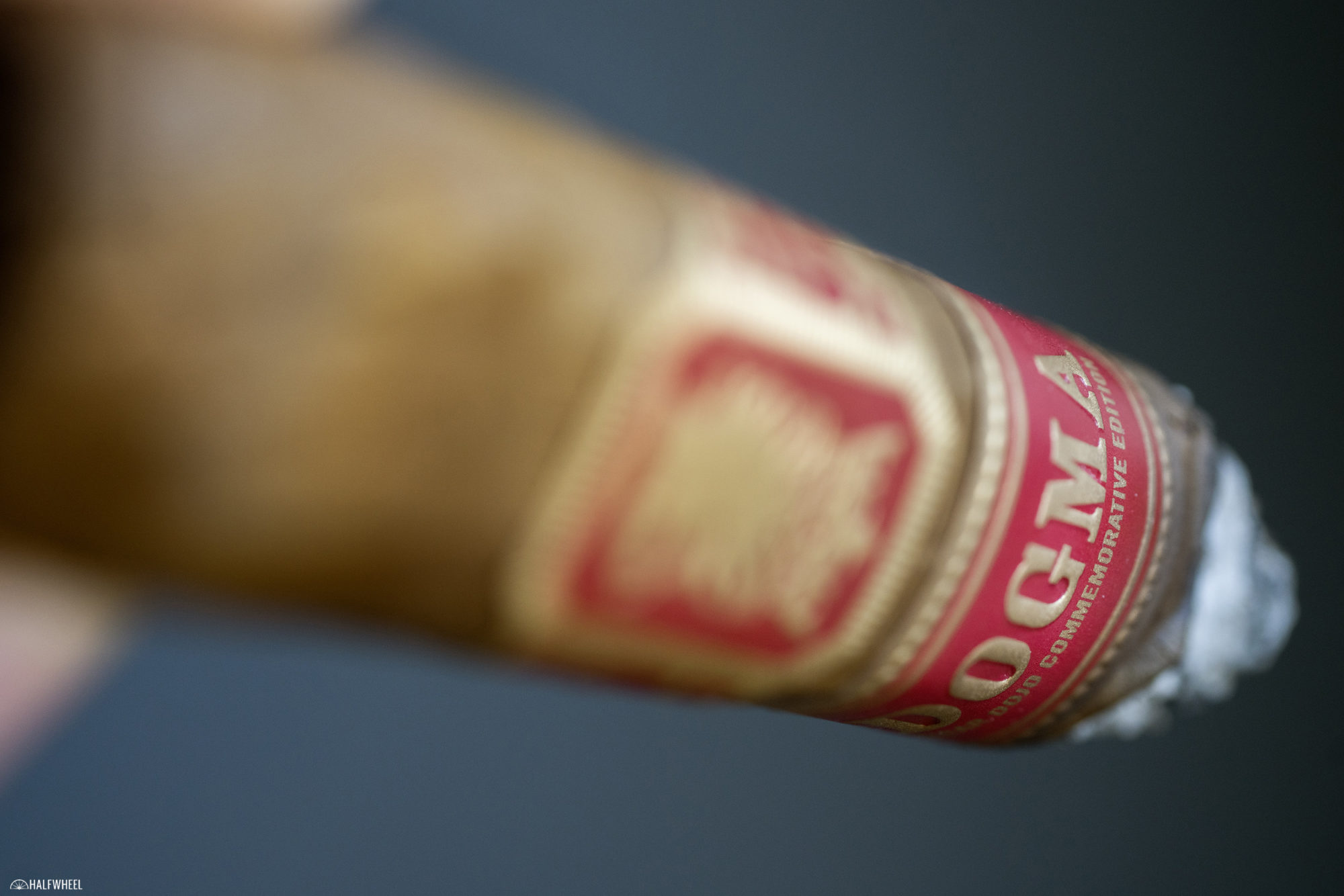 I certainly am thankful when the profile shifts again and ends up in a less dry place. It’s dominated by an aggressive toastiness, which sits on top of hay and grape flavors, but I’ll take that compared to more of the nuttiness. Toastiness leads the finish, though it’s not as strong as before. Behind it are pepper, leather and some saltiness. Retrohales produce flavors of hay, leather, creaminess, Worcestershire sauce and some black pepper. The finish of the retrohale is pretty similar, there’s a bit more leather than before, but I can’t confidently say where the initial retrohale ends and the finish of the retrohale begins as they are that similar. Flavor finishes medium-full, body is medium-plus and strength is medium-plus. 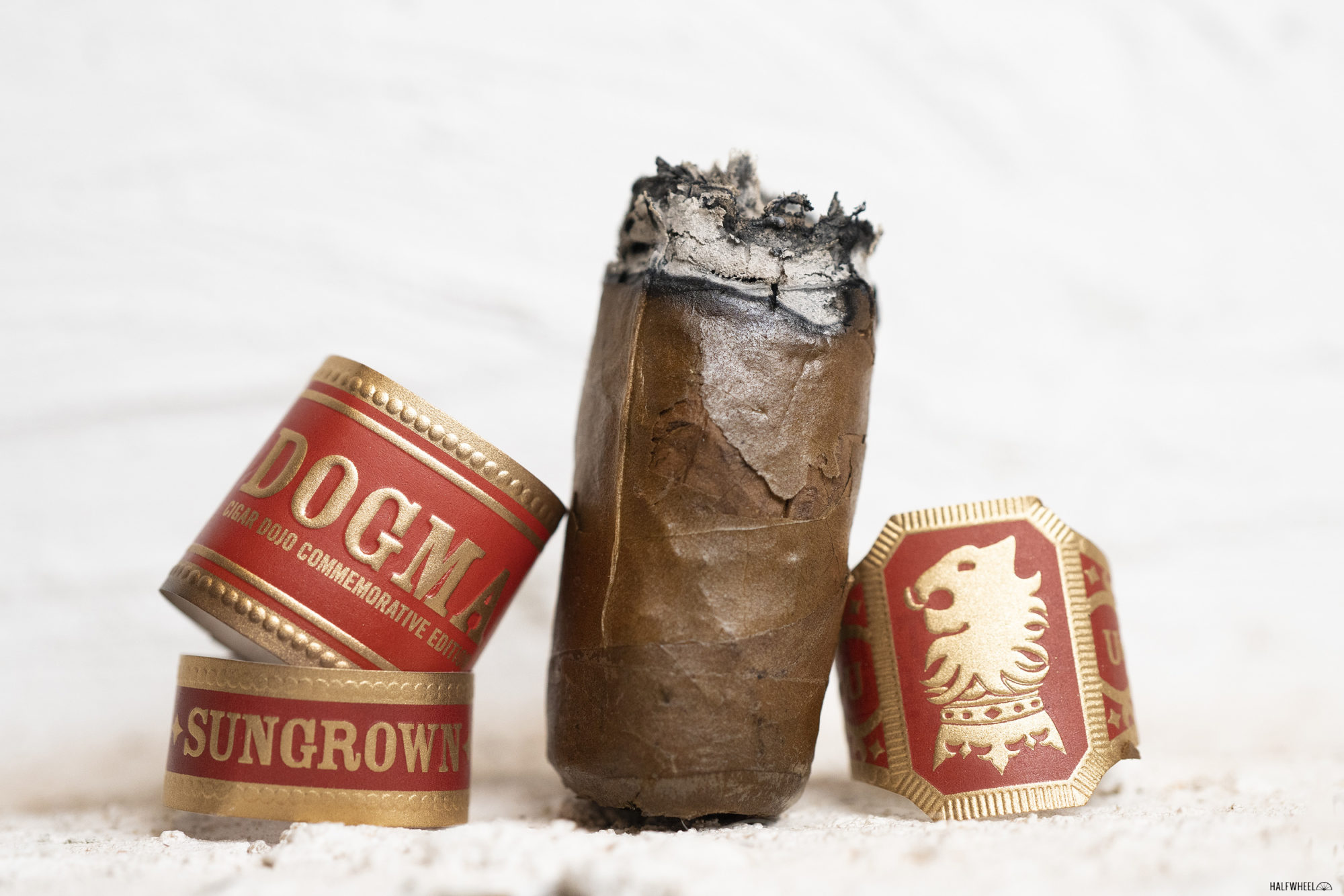 I wish that I had something more enlightening to say, but I think this cigar starts and ends with the idea that I've never been enamored by the Undercrown Sun Grown line. I've yet to find a size of the Sun Grown that really puts a smile on my face and this is no different. I don't think it's really any better or worse than the rest of the Undercrown Sun Grown line, so if you've had positive experiences before this could be fine for you. For me, I'll stick to the original Undercrown Maduro line, which is far and away my favorite of the trio.