On March 24, Drew Estate announced a new vitola in the Undercrown line called Dogma. The 6 x 56 box-pressed cigar is a project being made in collaboration with Cigar Dojo, an online cigar community, and is being sold exclusive through Florida-based Smoke Inn.

Based on the Corona ¡Viva!, the blend includes a Mexican San Andreas wrapper, Connecticut Stalk-Cut Habano for the binder, and Nicaraguan & Brazilian Mata Fina filler tobacco. The Dogma is being sold in 10-count bundles, with each cigar retailing for $9.95.

We published a press release with more details:

With the addition of the Dogma, the Undercrown line now includes nine vitolas. 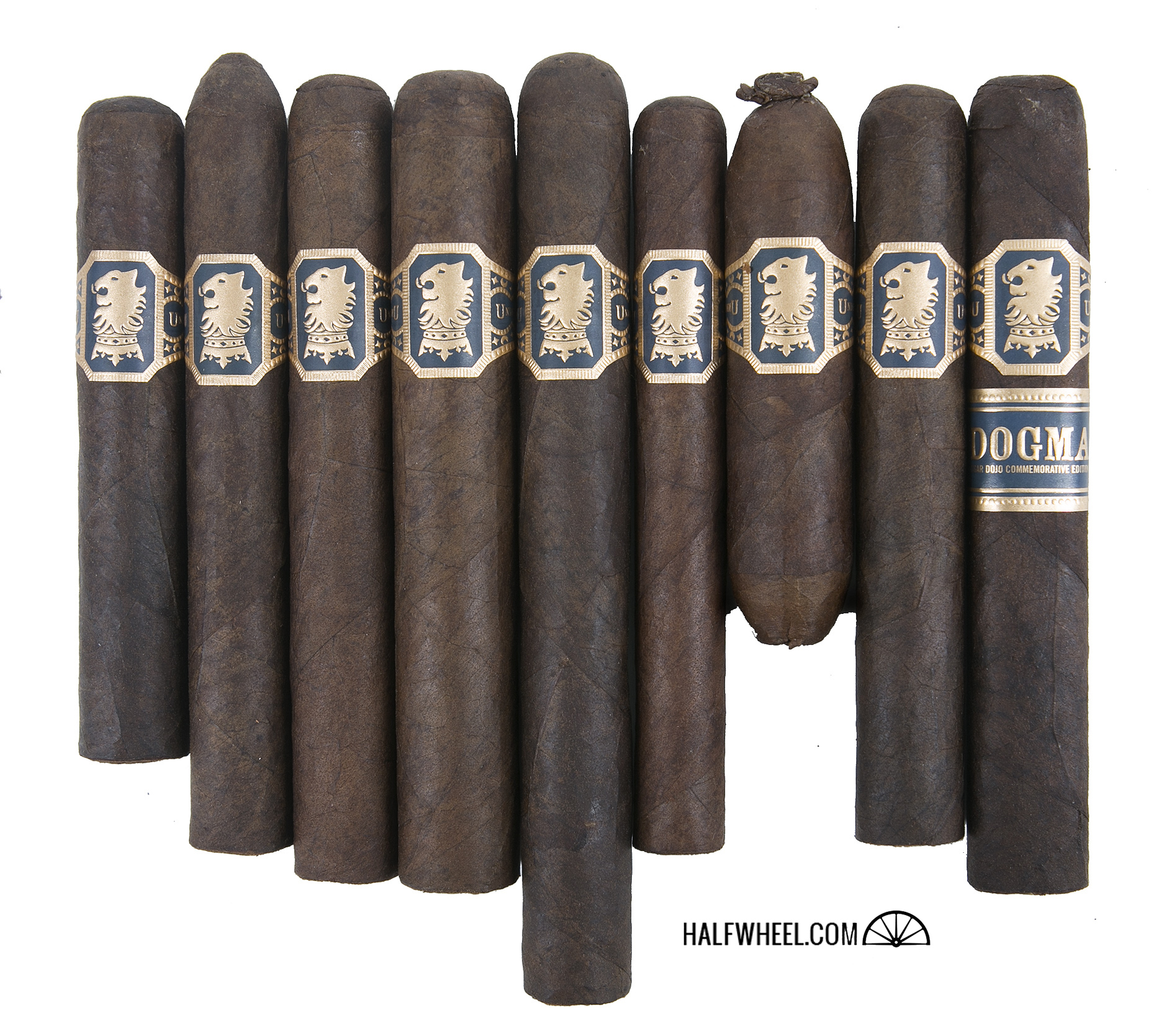 The Undercrown Dogma is quite striking when held in the hand with an obvious oval shape to the box-press and a yellowish hue to the mottled brown wrapper. The cigar is just short of rock hard when squeezed, with very little give at all, and there are viens up and down the length. The wrapper is silky smooth to the touch, and smells strongly of a combination of cedar, leather and slight peppermint.

The Dogma starts off the first third with a strong earthy base, although I am noticing some other notes of creamy leather, cedar, bitter espresso and cocoa. While there is very little sweetness in the profile so far, I am picking up some very slight peppermint, especially on the retrohale. Speaking of the retrohale, I am also getting some black pepper every once in a while, but it is sporadic at best. The draw is wonderful through the first third, and while the burn is far from razor sharp, it is still well within normal ranges. Strength-wise, the Dogma ends the first third firmly in the medium range, but does not seem to be going anywhere fast. 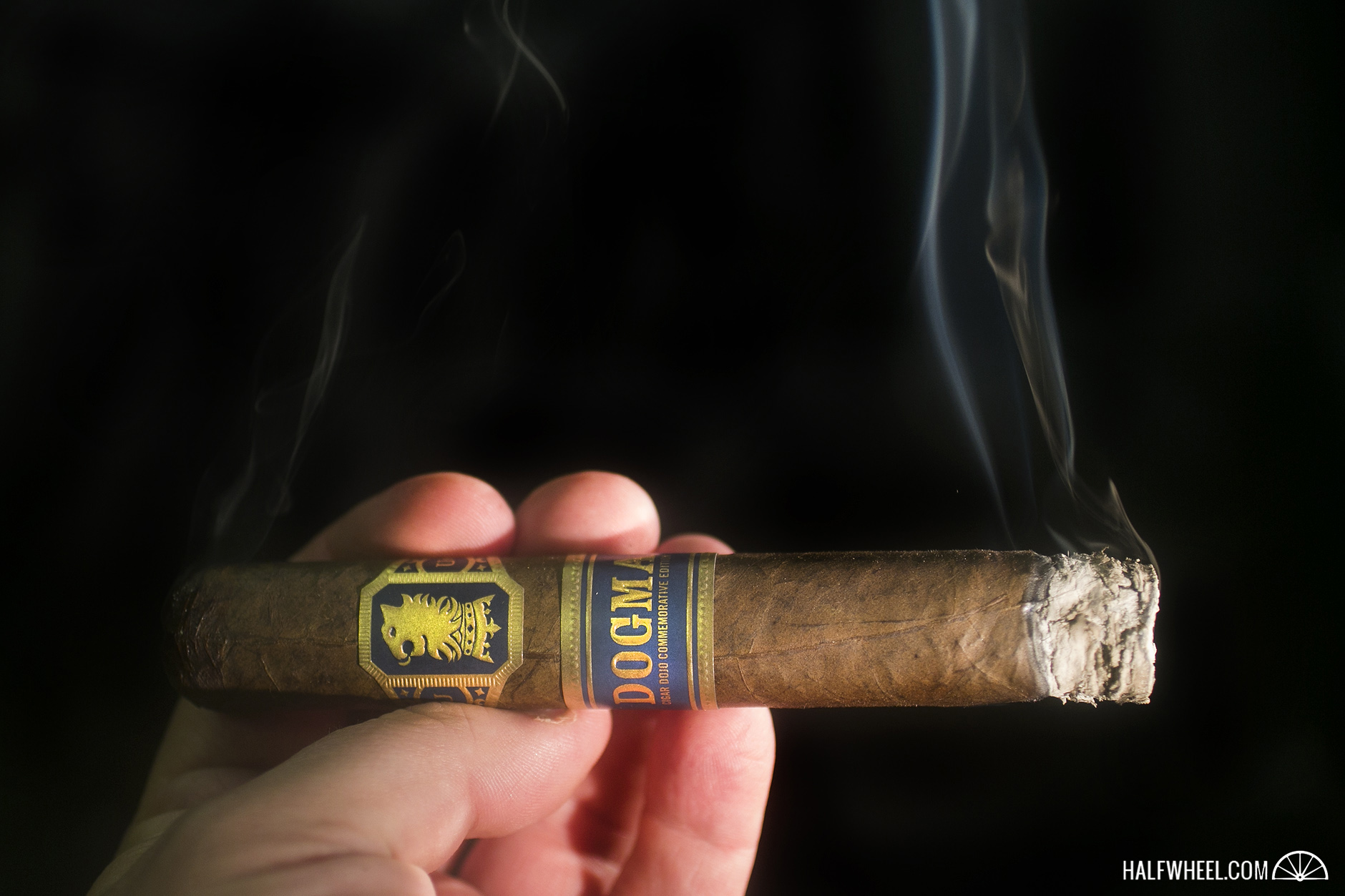 The second third of the Undercrown Dogma sees a shift in the core flavor from earth to more of a leather being dominant, although there is still quite a bit of creaminess overall that does not seem to be dissipating anytime soon. Other notes flit in and out randomly: the aforementioned earthiness, dark chocolate, coffee, cedar and a bit of dry tea leaves. The sweetness from the first third is more noticeable, and has morphed into more of a nutmeg flavor, although it is still not that strong yet. Construction-wise, the burn has evened up on the Dogma nicely, and it has become razor sharp by the halfway point, while the draw is still excellent. The overall strength has not budged as of yet, and stays well solidly on the medium mark. 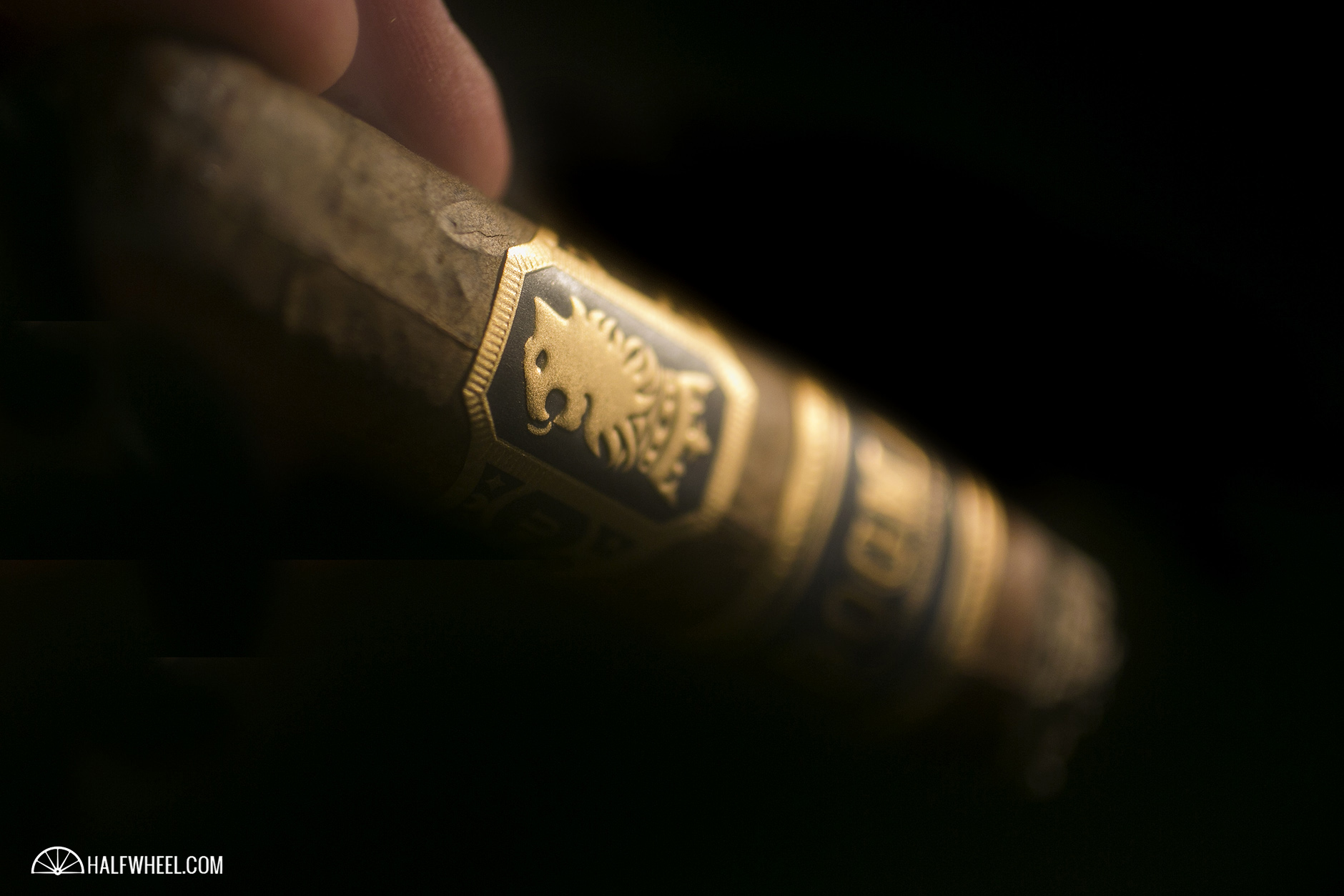 There are some slight changes in the final third of the Undercrown Dogma, most noticeably the dominant flavor, which shifts again, this time to a creamy dark chocolate base with complimentary notes of espresso, leather, gritty earth, oak and even a little nuttiness now and then. The sweetness on the finish is still not overly strong, but has changed to more of a black licorice flavor that continues until the end of the cigar. Smoke production is way above average, and both the burn and draw continue to impress. The overall strength has not budged since the start of the second half, and ends at a solid medium when I put down the nub with a little less than an inch left.