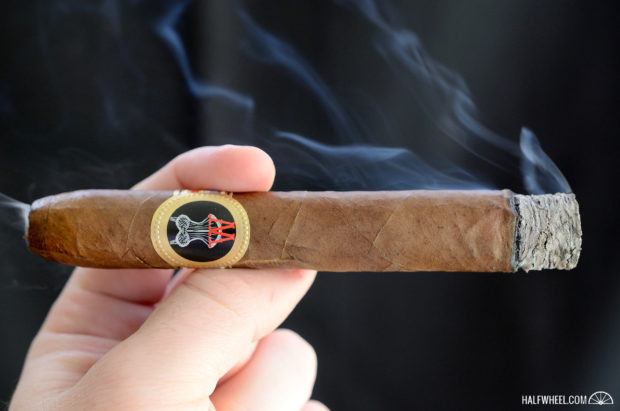 A few short months after the Tatuaje W Nice Ash store exclusive for Nice Ash Cigars came out in 2015, Pete Johnson of Tatuaje announced that due to factory limitations, the company would no longer be doing smaller, single store projects. Since then, Tatuaje has re-released some of their most popular projects as part of a regional event tour, including past single store releases:  the Porkchop and Pork Tenderloin.

A couple of months ago I saw a new comment on the original review for the W Nice Ash asking for a redux, so when it came time for me to do one, I thought it was a great idea since I hadn’t smoked a W Nice Ash in quite a while. One of the few reviews I did last year that resulted in me buying a box after writing it was that cigar, so thankfully I still had most of a box on hand to do a redux with.

Here’s what I originally said about the Tatuaje W Nice Ash 2015:

Since the comparison was made by Johnson to the CQ1, looking back at that review it makes sense that I enjoyed the W Nice Ash 2015 so much. With a very similar profile, but lacking the pepper of the CQ1 and some more delicate and subtle notes added into the mix instead, it makes for a complex and flavorful cigar that changes just enough to keep you on your toes the entire time. With the fact that I love the 52 ring gauge belicoso size, it was obvious pretty quickly that this was going to be a hit in my book. As of now they’re still showing in stock, but with only 1,000 boxes made, they won’t be around forever. I can easily suggest you jump on these now, regardless if you’re a “Tat Whore” or not.

Nothing has really changed on the W Nice Ash, with the wrapper still a nice looking medium brown that has a soft and oily feel to it. It’s still quite firm, with only a little bit of give when squeezed. The aroma is much more muted now though, with only a light hay note and a touch of earthiness coming off the wrapper. As far as the cold draw goes, it’s quite muted as well, having lost much of the rich complexity from before with only a little spice lingering.

Despite the mild cold draw, the first third thankfully starts out with some of the same flavors as before, including cinnamon, leather, some sweet burnt sugar and a touch of cocoa. As it continues, the cocoa shifts to a light milk chocolate, joining the sweet burnt sugar, leather and cinnamon. Heading into the second third of the Tatuaje W Nice Ash 2015, the cinnamon takes on more of a generic spice note, though it’s still quite rich and up front. Following that is leather, a little gritty earth, less burnt sugar and more of a caramelized sugar, with some dry cedar and creamy milk chocolate in the background. As I move into the final third, we have more of the same spice, leather, earth, caramelized sugar and some dry cedar. The milk chocolate has faded out, while instead a light pepper note brings up the finish. As I smoke the W down to the very end, it stays cool and smooth, without any harsh notes showing up to ruin the ending. 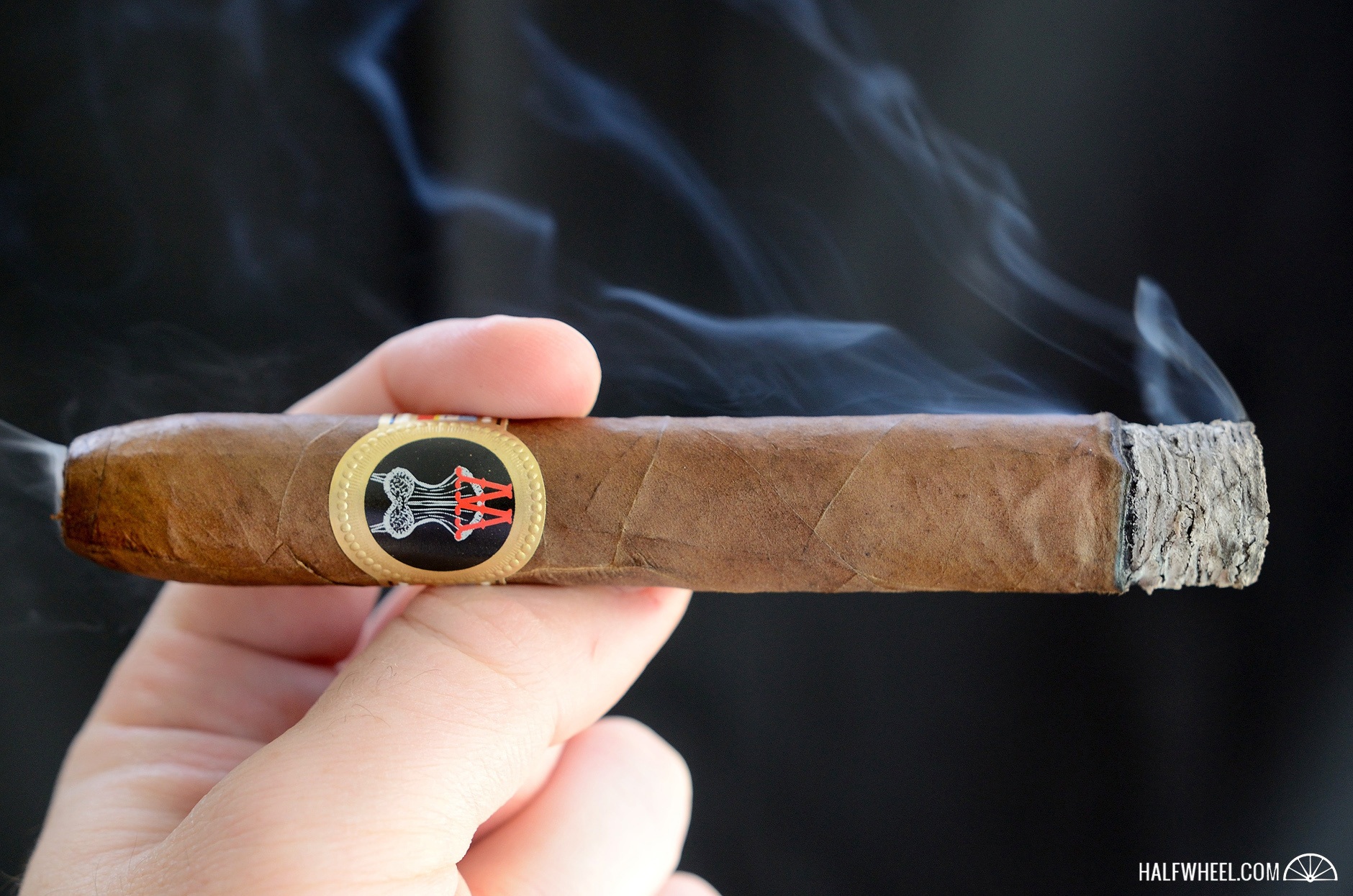 Starting out the first third the burn is a little wavy, but it’s even enough and has a very distinct burn line. The draw is bit more open than I would prefer, but it still falls within the acceptable range. Ash retention on the Tatuaje Nice Ash was something that impressed me before and nothing has changed in that aspect. It still holds on to around the inch line, before I roll it off in the ashtray with a touch of resistance. In the second third a minor touch up is needed as a bit of the burn line was getting away from the rest. The final third sees another touch up, this one a little more serious where a full third of the cigar wasn’t wanting to light.

It’s not very often that time and rest sees a cigar losing good aspects of it’s profile, instead usually smoothing out and losing harshness that a fresh cigar sometimes has. In this case, it seems that the Tatuaje W Nice Ash was slightly better when it was fresh, seemingly a touch more creamy, flavorful and slightly sweeter. While it certainly is still a great cigar still, and one I’m happy I still have more of, it just didn’t wow me like it did at first. Having said that, it’s long sold out and you certainly won’t be finding this in retail, but if you do run across these in the secondary market, I wouldn’t hesitate in picking them up.