In June Nice Ash Cigars launched a mysterious promotional site that teased us with one letter a day for five days, until the full word “whore” was spelled out and it was revealed that it was getting a store exclusive from Tatuaje Cigars. While the term “The Whore Cigar” was plastered all over the site, it was clarified that the official name of the cigar was actually Tatuaje W Nice Ash 2015.

If you’re curious where the name for the cigar derived from, somebody called Rob Roth, owner of Nice Ash Cigars, an “internet whore” in front of Pete Johnson, so from then on out whenever Johnson would see Roth he would say “Hey, it’s Rob, the internet whore”. With a cheeky store name like Nice Ash Cigars, it’s no surprise that Roth got with Johnson and requested a cigar nicknamed The Whore. As for the cigar itself, it’s a 6 x 52 belicoso using an Ecuadorian Sumatra rosado wrapper over Nicaraguan binder and fillers. It’s the third of five planned single store releases for Tatuaje in 2015, formally known as the Tatuaje Exclusive Series. The first thing that obviously catches my eye is the band, which I have to say is a pretty cool-looking Exclusive Series band, since most just feature text. The Sumatra rosado wrapper is a beautiful medium brown that has been applied quite seamlessly. It has a luxuriously soft feel to it with just the slightest bit of supple oily feel as well. The cigar is quite firm, but not hard, with just a tiny bit of give when squeezed. There is a very earthy barnyard aroma to the wrapper, definitely more towards damp earth than hay, along with a touch of leather and that’s about it. While the wrapper’s aroma wasn’t very complex, the cold draw certainly is with tons of spice, peppermint, leather, earth and a touch of pepper.

The first third starts out much more delicate that I’ve come to expect from Tatuaje cigars, with little to no pepper, even in the first few draws. Instead there’s a huge spice note, along with some cinnamon, leather and earth, which makes for a very solid but not overly bold profile. Draw is ideal, and the burn starts out nice and even. Some milk chocolate develops, giving the profile a bit of sweetness that was lacking before, but that fits right in with the spice, cinnamon, leather and earth. The profile has shifted slightly again as I move into the second third, with more spice, cinnamon, leather and earth, but the milk chocolate has gotten quite creamy and smooth, still adding a sweetness to it. A smooth cedar note has also shown up, though it’s somewhat in the background at the moment. The one thing that has impressed me so far is the extremely strong ash retention, which I’ve only rolled off twice so far, but the resistance it gave leads me to believe I could have made it halfway through the cigar without ashing it at all. 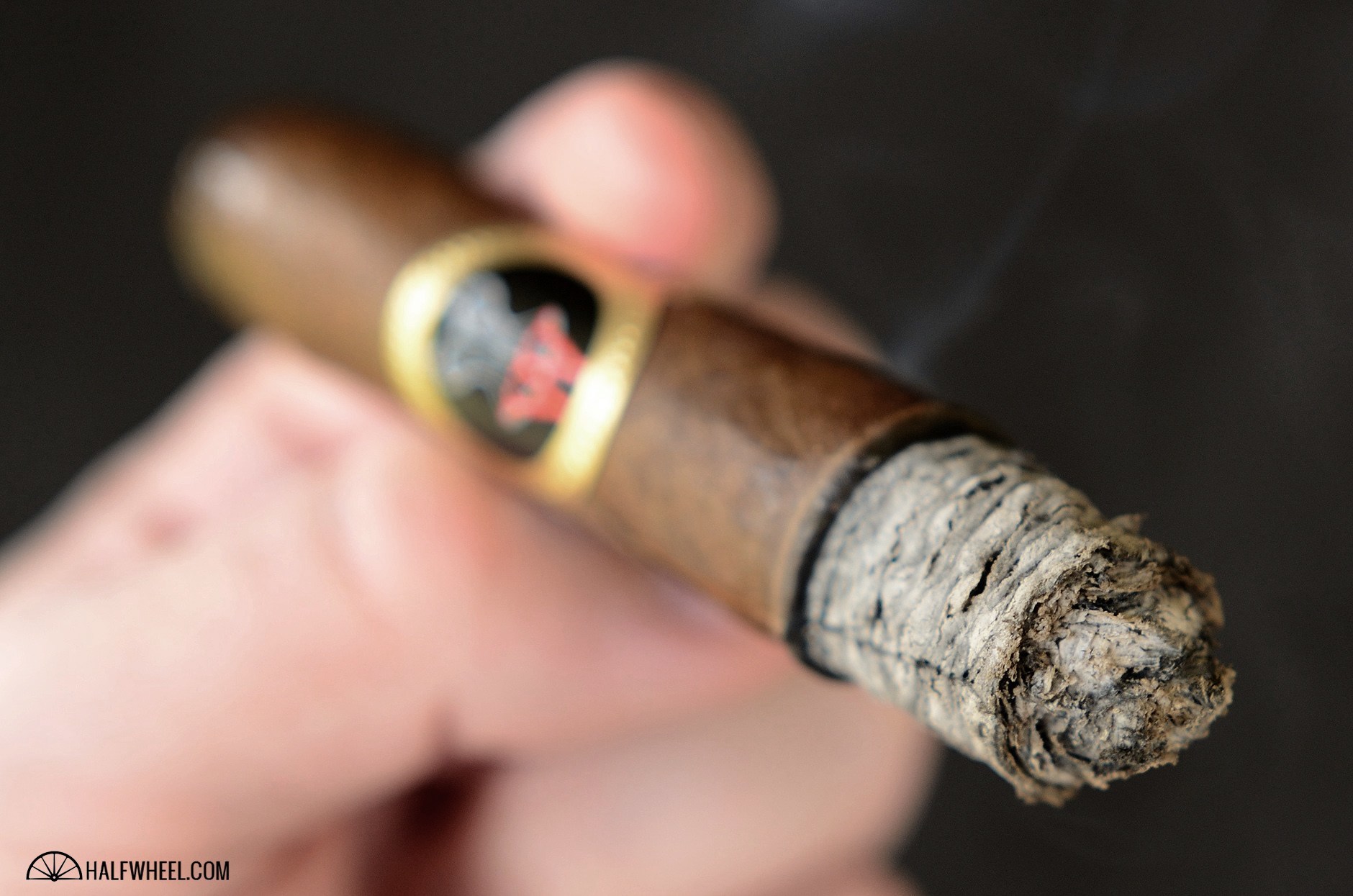 The final third continues with a very similar profile of spice, cinnamon, leather and earth. The milk chocolate has faded to almost nothing, though it did leave behind the creamy and sweet aspect in the flavor mix. The burn has started to get a little jagged and there is a need for a slight touch-up, but otherwise it continues with the mostly even burn line that I’ve enjoyed throughout the cigar. Finishing up the final inch, sweet cinnamon and spice are shining bright, with leather, earth and a touch of pepper more in the background. Since the comparison was made by Johnson to the CQ1, looking back at that review it makes sense that I enjoyed the W Nice Ash 2015 so much. With a very similar profile, but lacking the pepper of the CQ1 and some more delicate and subtle notes added into the mix instead, it makes for a complex and flavorful cigar that changes just enough to keep you on your toes the entire time. With the fact that I love the 52 ring gauge belicoso size, it was obvious pretty quickly that this was going to be a hit in my book. As of now they’re still showing in stock, but with only 1,000 boxes made, they won’t be around forever. I can easily suggest you jump on these now, regardless if you’re a “Tat Whore” or not.