The company set up a microsite at wcigar.com where letters were added day-by-day last week, spelling out whore. A voice message from Tatuaje’s Pete Johnson was also played in the background of the site. 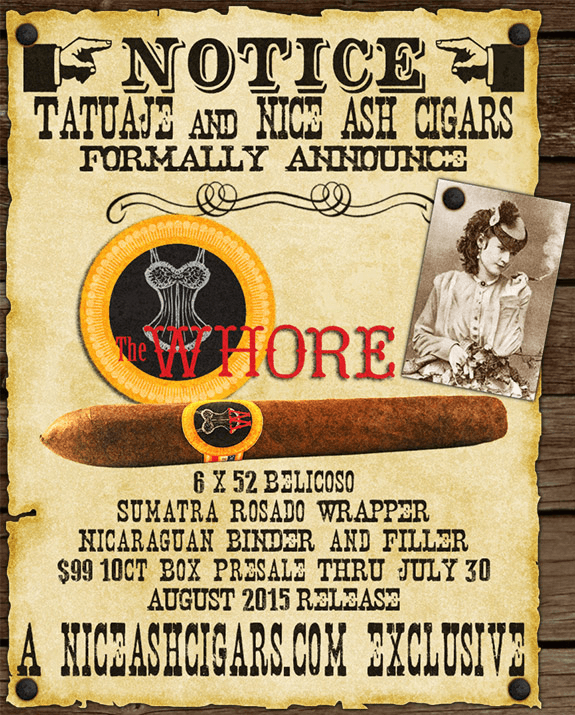 As for the cigar itself, it’s a 6 x 52 belicoso with a Sumatra rosado wrapper and Nicaraguan binder and fillers. It’s limited to 1,000 boxes of 10 cigars, with suggested pricing set at $119.90 per box, although boxes pre-ordered before July 30 will be priced at $99. The cigar is expected to arrive in August.

This is the third of five Tatuaje Exclusive Series releases to be announced this year following the Tatuaje Drinking Age and The Rumbo.

Update (June 16, 2015) — Pete Johnson of Tatuaje clarified to halfwheel that the name of the cigar is “Tatuaje W Nice Ash 2015.” The letter W stands for “whore,” a joke between Johnson and Rob Roth, owner of Nice Ash, in reference to his internet business.