Despite attempts from Pete Johnson and others, there is no cigar more associated with the Halloween holiday than those part of Johnson’s Tatuaje Monster Series.

If you’ve been a cigar shop in the last five years, there’s a good chance you’ve seen the Monster Series, or one of its associated spin-offs. There are now 53 cigars—54 if you count the somewhat related The Boris—that have been released as part of the Monster Series and its smaller sampler versions. It’s admittedly somewhat of a confusing progression, but it’s also coming to an end soon, or at least a new volume.

The history for this review was written by Charlie Minato. The review, score, final notes and pictures are all Brooks Whittington.

It all began in 2008 with a 7 5/8 x 49 box-pressed parejo called The Frank. It was packaged in in a 13-count box designed to look like a coffin with red paint speckled all over the outside to mimic blood. The cigar was named after Frankenstein and the 13 was intentional. It was a box of 13; 13 retailers received 31 boxes; the cigars were priced at $13. And there were only 666 boxes.

On top of The Frank coffin, you’ll find “#1″—the first. And so was the plan, 13 cigars, each released around Halloween, named after 13 different monster characters and all with packaging to mimic the character.

For better or worse, the cigars and boxes were so popular that Johnson increased the number to 1,300 for the second release and then figured out a better solution. 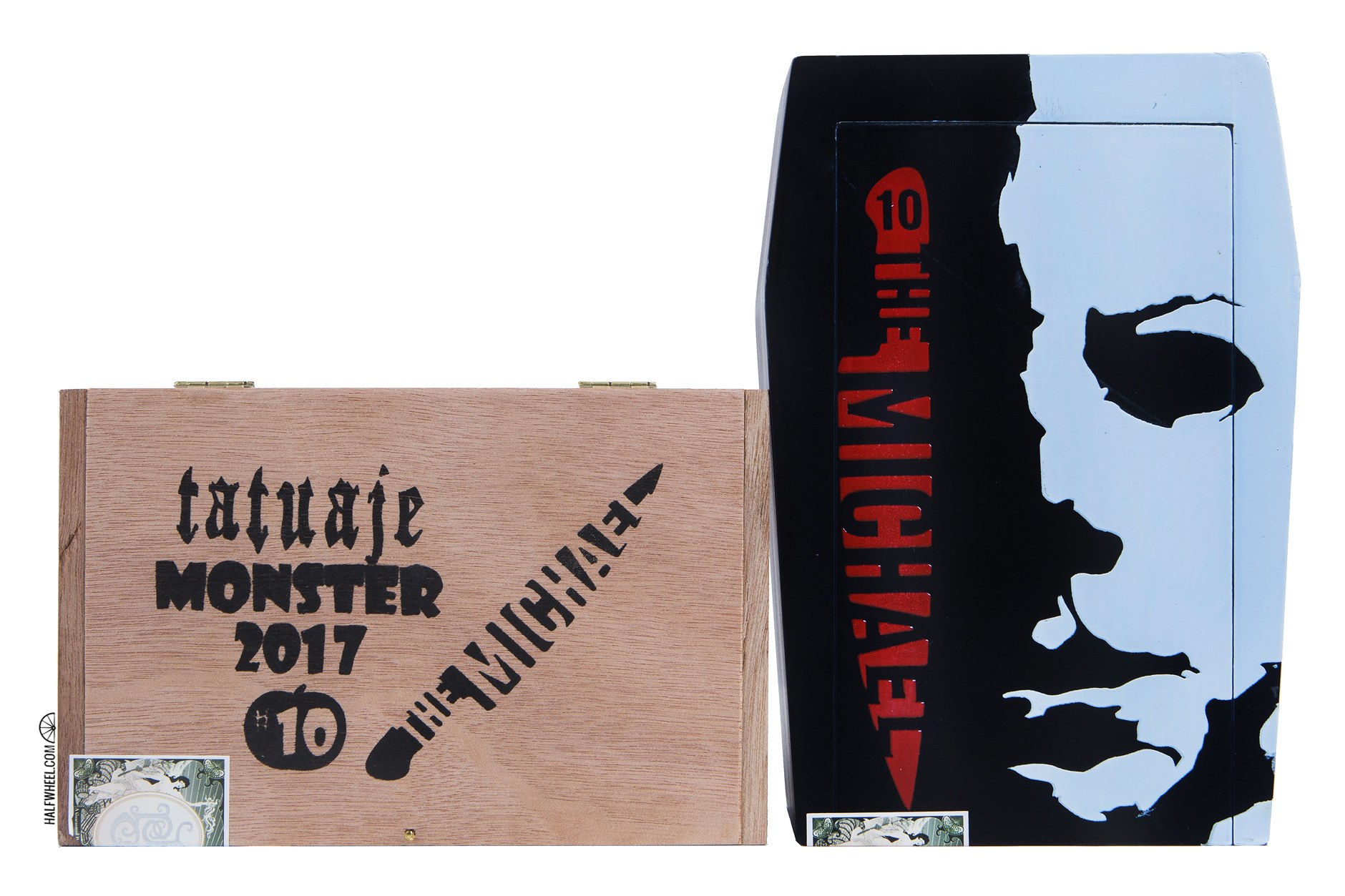 He would continue to only release 666 dress boxes, the ones with the special painting. However, the boxes were so sought-after that many people who just wanted to smoke the cigar were unable to do so, particularly without paying a massive premium. So, he would release plain 10-count boxes that featured the same cigars, only packaged in cellophane. The collectors could chase, while the normal consumer could just walk into a cigar shop and buy the cigar, normally.

That trend has continued with the number of plain boxes increasing from 1,300 the first two years to 5,000 boxes last year.

Dress boxes are shipped nationally, but 13 different retailers each year would get the bulk of the boxes. Those 13 retailers, known as the Unlucky 13, each receive 31 dress boxes. To date, stores have only been selected once to be part of the Unlucky 13 with the lone exception of the since-closed Gloucester Street Cigars, whose owner Jose Agosto is credited with helping Johnson in regard to the creation of the Monster Series. 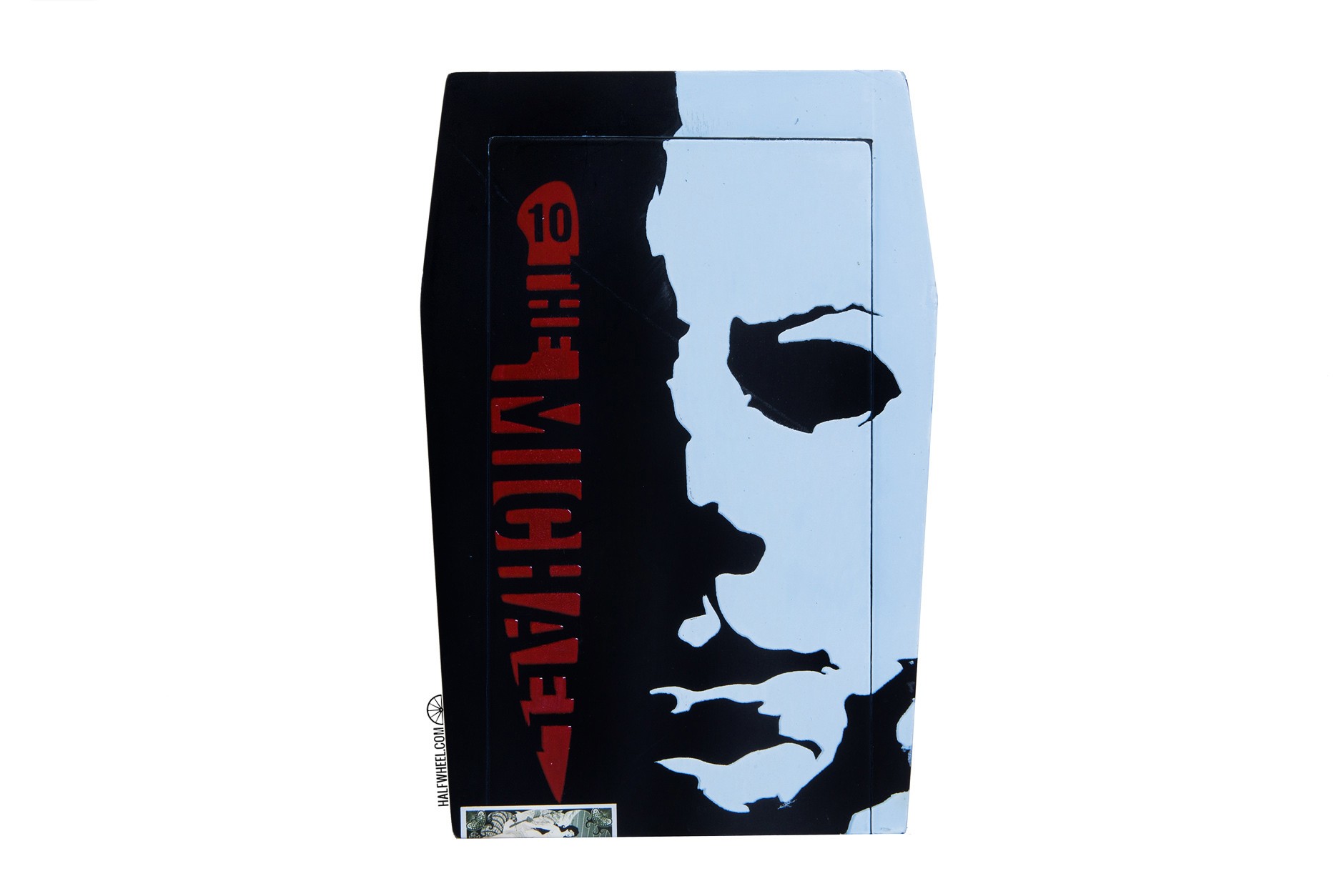 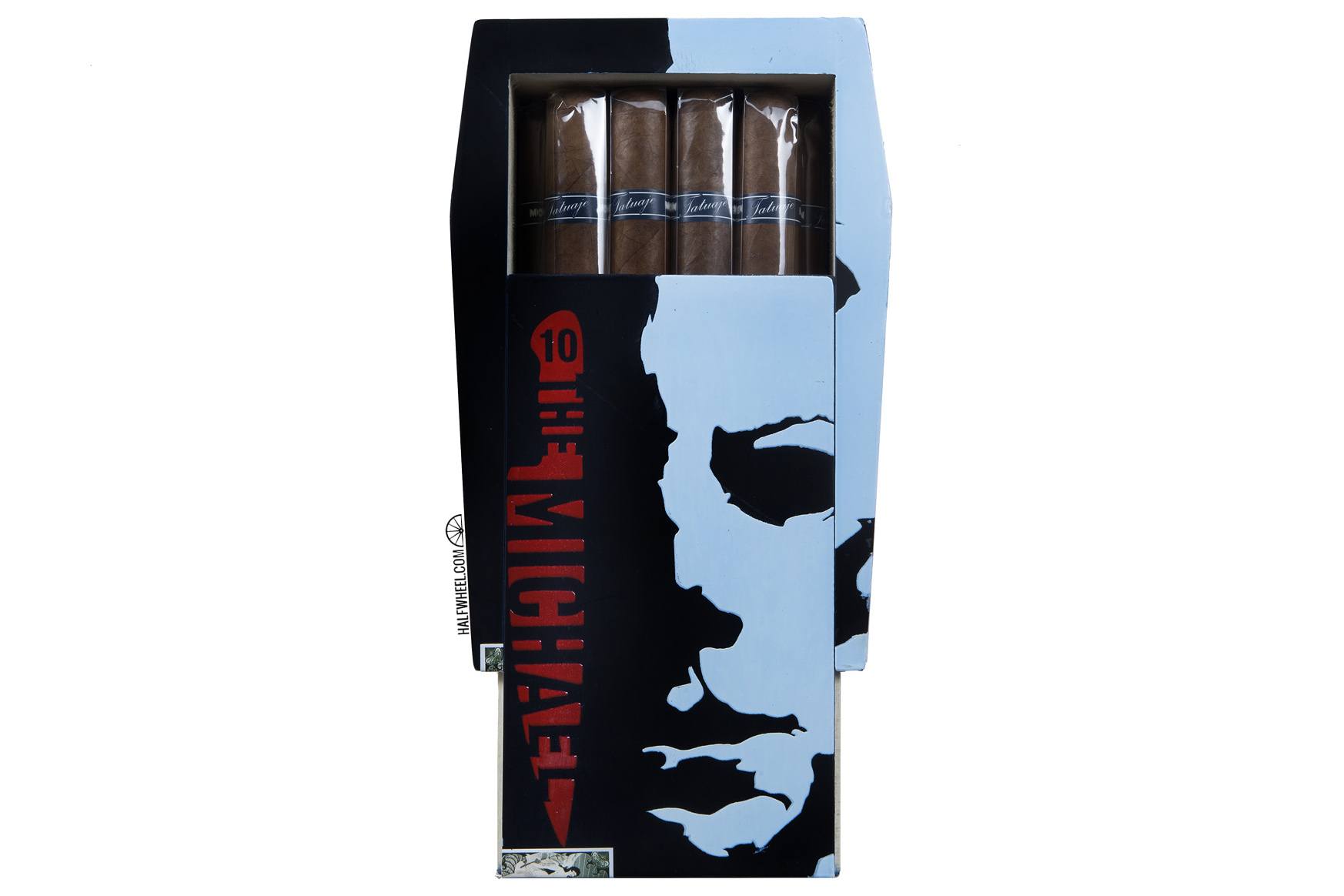 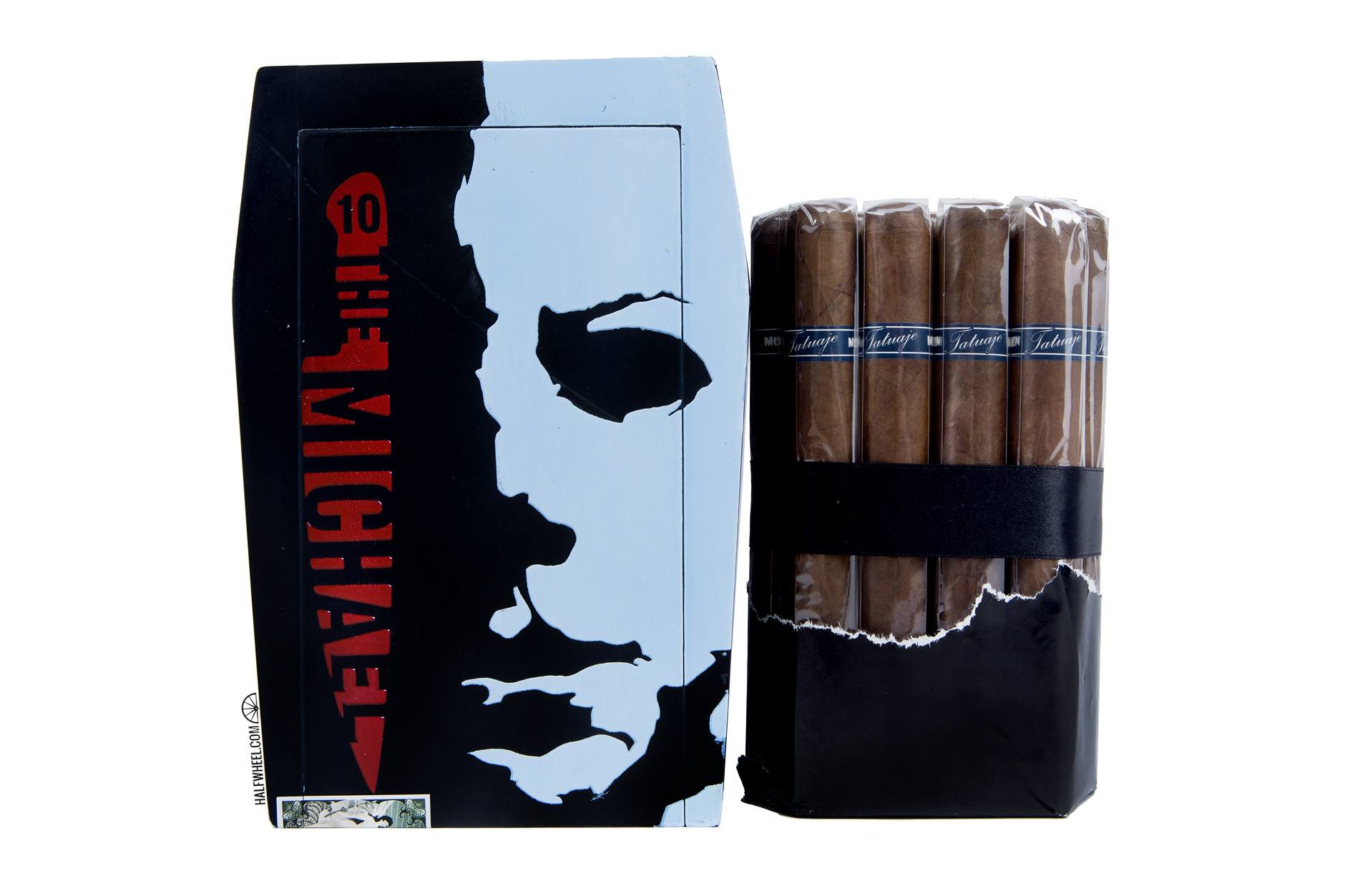 This year’s Monster is The Michael, named after the Michael Myers character from John Carpenter’s Halloween series. It sports a royal blue band while the dress boxes leave little to the imagination in terms of what inspired it.

The cigar itself is a 6 1/2 x 52 toro extra with a triple cap and clean foot. It uses an Ecuadorian habano wrapper over a Nicaraguan binder and Nicaraguan fillers. 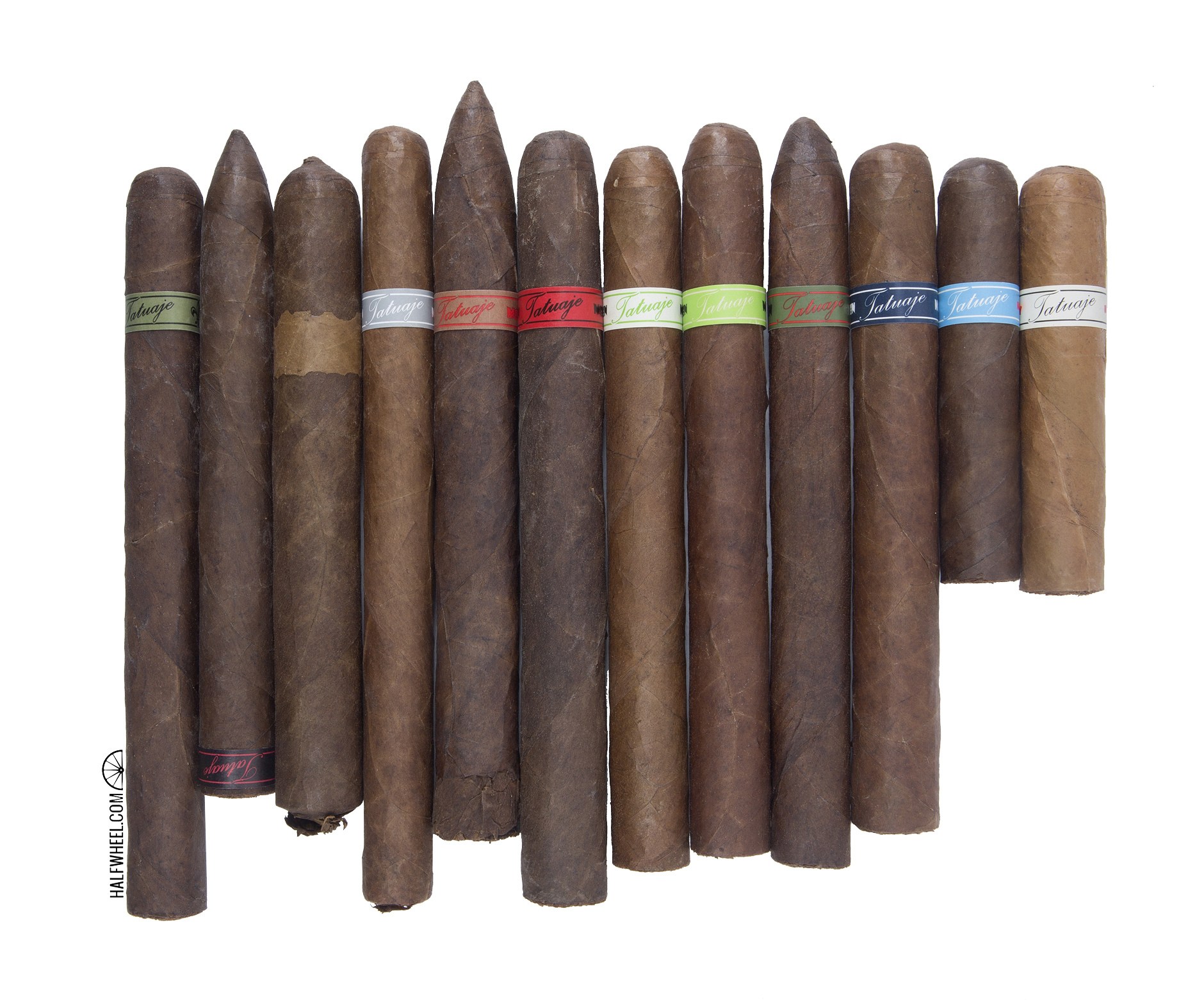 When Johnson announced The Michael, he also named the 13th cigar. That will be The Bride, which is slated to be released next year. It raises the question of what 11 and 12 were, given The Michael is the 10th. Turns out, those cigars were already released. Johnson decided to designate the Tatuaje Chuck and Tiff as the 11th and 12th releases, despite the fact they were released in 2014 as part of the Pudgy Monster samplers.

The Pudgy Monsters are one of five samplers that have been released with roots to the Monster Series.

That began in 2012 with the Little Monsters, smaller versions of the first five full-size Monster Series releases. Two years later, Johnson released the aforementioned Pudgy Monsters, which used the same lengths as the Little Monsters, but the ring gauge of the original Monsters. That series contained one each of the first six Monster Series and two each of Chuck and Tiff, 4 x 50 cigars.

While the first three samplers were all limited, Johnson says there are no set limits for Skinny Monster Cazadores and Lanceros. 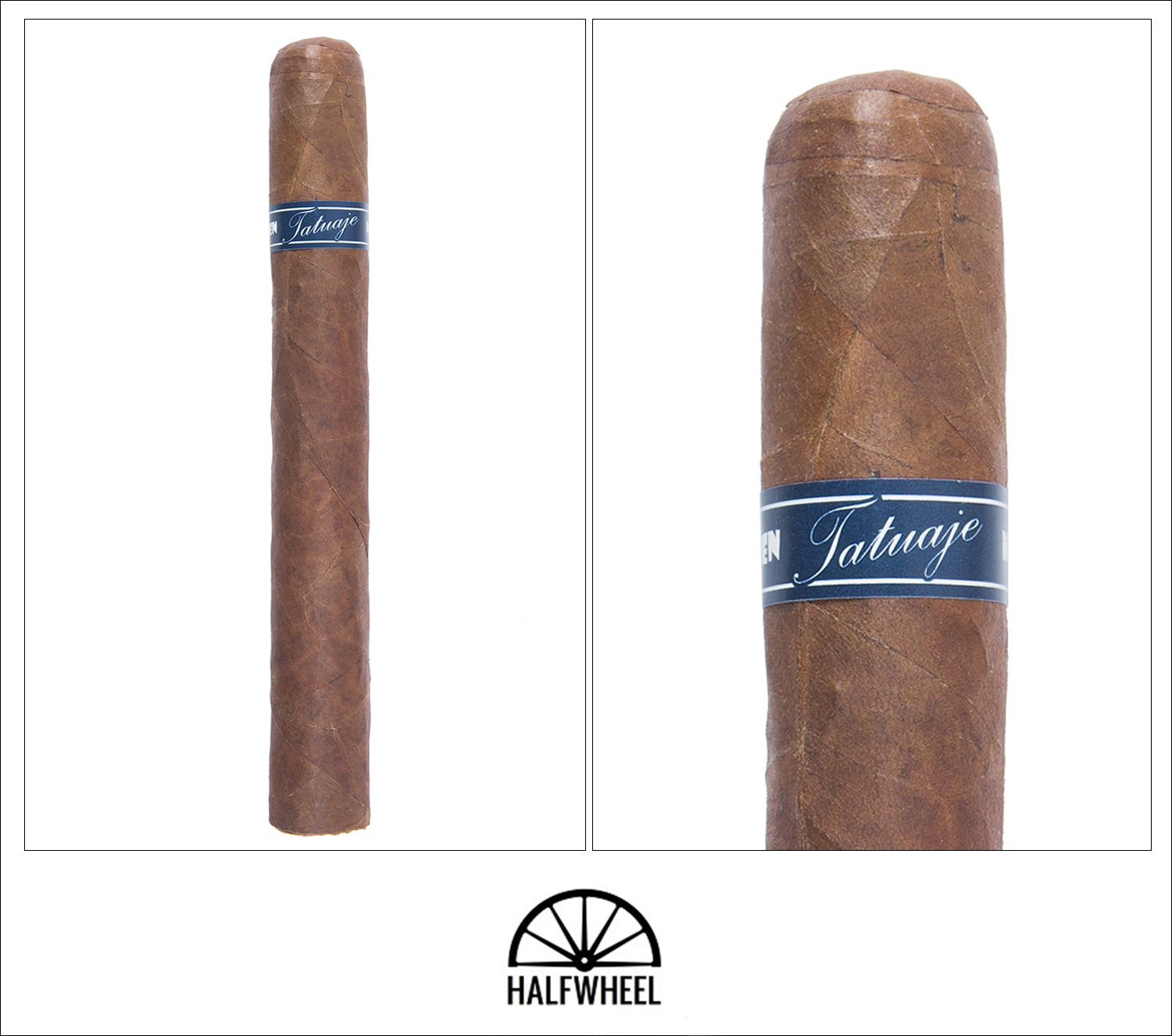 Visually, the Tatuaje The Michael is quite appealing with a mottled milk chocolate brown wrapper that has a reddish tint to it and features a touch of oil. I can feel a small but obvious soft spot just above the foot on one cigar and the wrapper is sandpaper rough when I run my finger down its length. Aroma from the wrapper is a combination of sawdust, creamy nuts, manure, leather, chocolate and sweet oak, while the cold draw brings flavors of strong almonds, bitter cocoa powder, sweet oak, cream, leather and gritty earth along with a touch of spice on my tongue.

Starting out, The Michael brings immediate and distinct flavors of creamy oak, baker’s spices, leather, cinnamon, bitter espresso and fairly strong honey sweetness on the retrohale, although none of them are strong enough compared to the others to really be considered dominant. In addition, I start to notice a distinct floral note on the retrohale after about 15 puffs that combines quite nicely with the aforementioned sweetness as well as some spice on my tongue. The draw is excellent right out of the gate after a v-cut and Smoke production is copious, but unfortunately the burn has to be touched up a couple of times to avoid it getting out of hand. Strength-wise, The Michael begins fairly light, but quickly ramps up to a point close to the medium mark by the time the first third draws to a close. A very interesting and rich meatiness starts to become noticeable on the finish around the start of the second third of the Tatuaje The Michael, combining very nicely with the slightly stronger honey sweetness that is still present from the first third. The floral note is still very obvious on the retrohale, as are flavors of creamy oak, espresso beans, dark cocoa, leather, cinnamon and salt. The spice on my tongue from the first third is long gone by the halfway point and the burn has evened up nicely while the draw continues to impress. Finally, the overall strength has increased slightly, easily hitting the medium mark by the end of the second third. 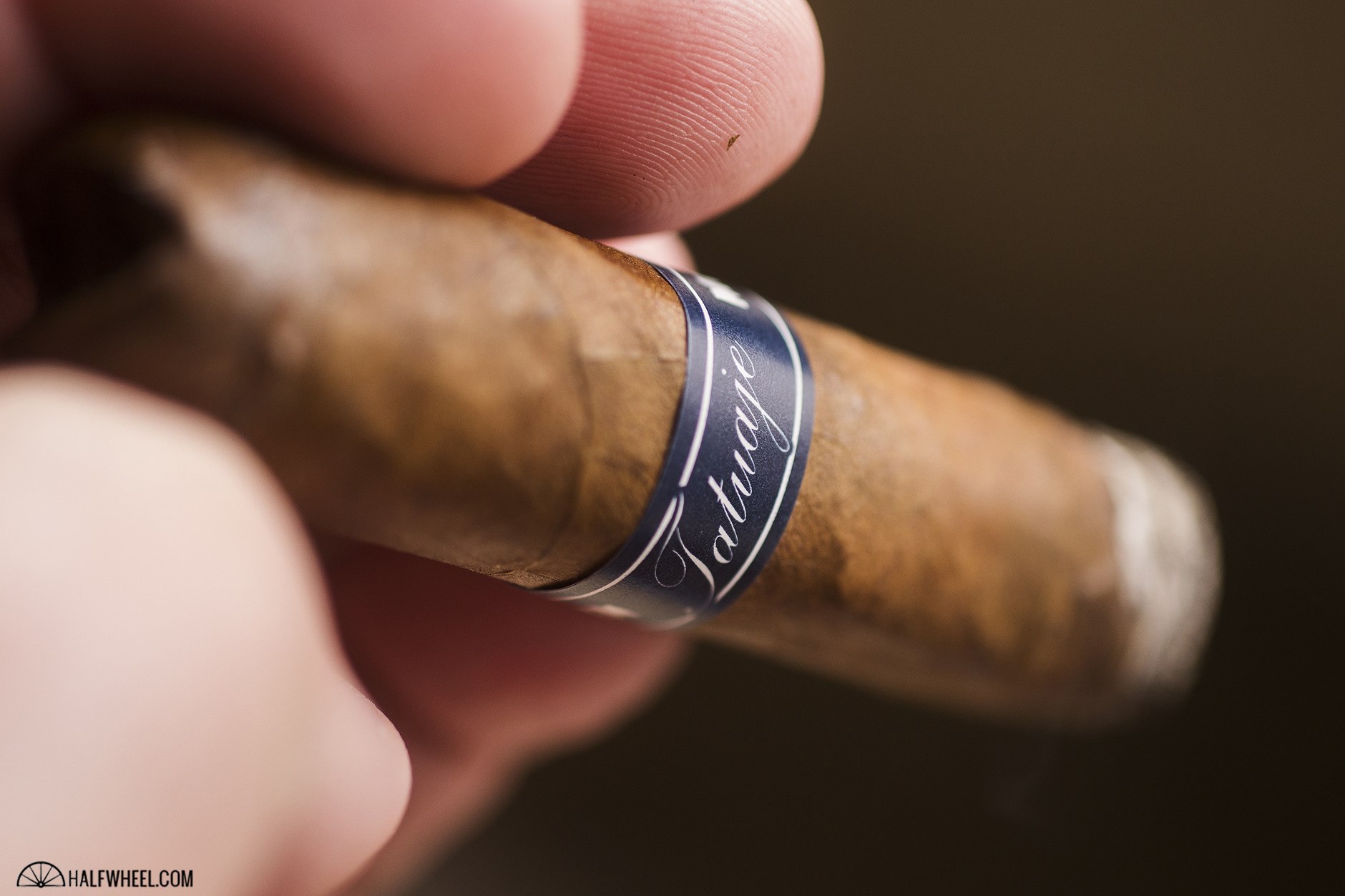 The final third of the Tatuaje The Michael seems to be a continuation of the second third in terms of both flavors and complexity, with a combination of honey sweetness and rich meatiness as the dominant flavors followed by notes of salty peanuts, dark cocoa, espresso beans, cinnamon, leather and a touch of floral. There is some black pepper noticeable on the retrohale as well as a slight whiskey note on the finish, while the smoke production has increased noticeably. The burn and the draw remain excellent, and the strength ends just slightly above the medium mark by the time I put the nub down with less than an inch left. I have gone on record multiple times over the years stating that the Monster Series releases are almost never in the running for the best cigars that Pete Johnson makes in any given year, but The Michael easily bucks that trend. Complex, flavorful and wonderfully balanced, this new Monster gives you a great smoke from beginning to end, with a combination of rich meatiness and honey sweetness that really shine together. The Monster Series may have overstayed its welcome a bit for some people, but if The Bride is even close to as good as The Michael, the series will go out with a bang.