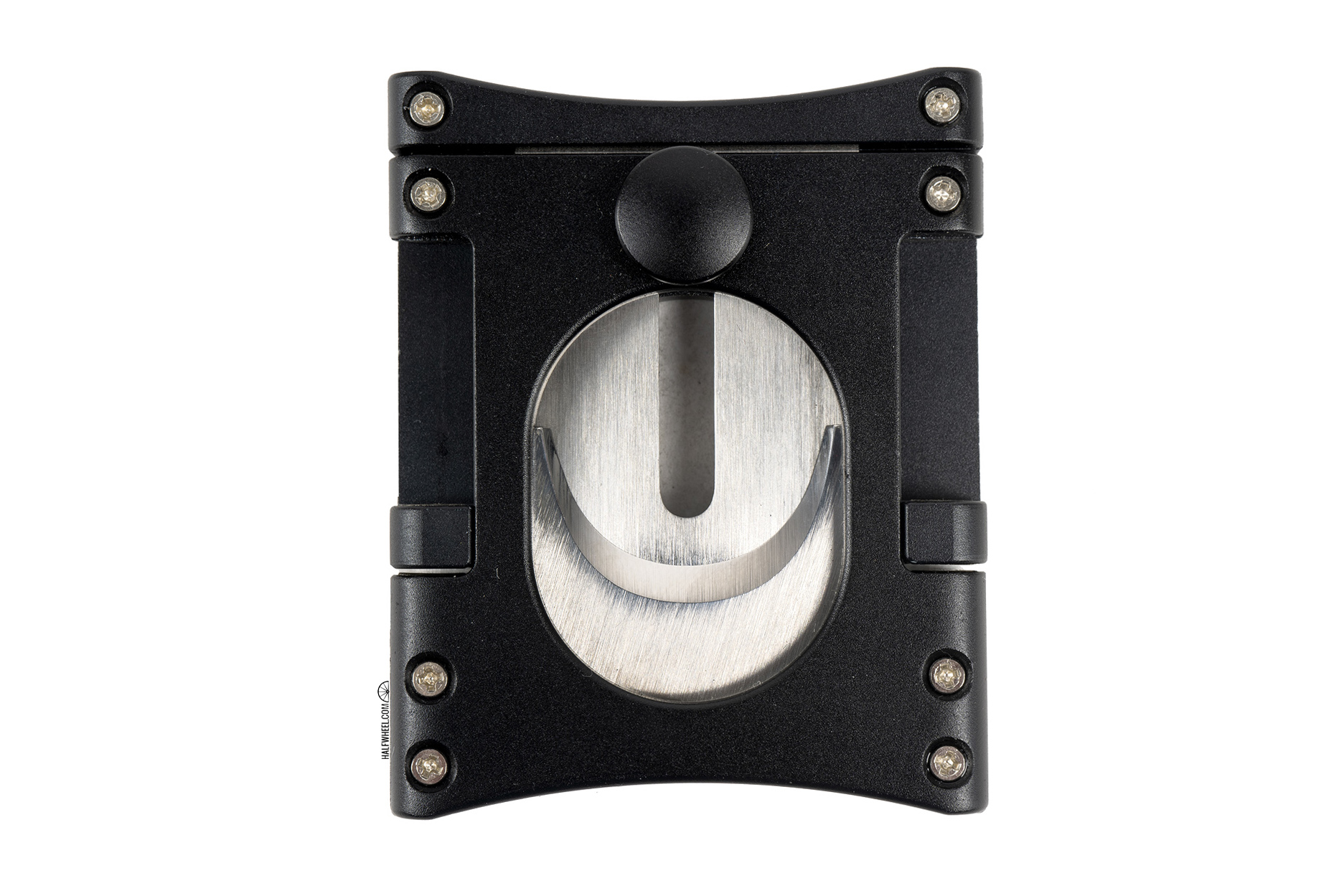 Screwpop Tools is known for its collection of tools that are designed to go on keychains. They generally have multiple functions and are relatively inexpensive.

Last year Screwpop broke out of the mold by introducing the Magpulse, a guillotine cutter concept that the company says took two years to design, engineer and complete, with another year spent just on finding the best blade factory. The Magpulse is a single guillotine cutter that uses magnets to help open the cutter and provide resistance when cutting a cigar.

Physically, the cutter weighs just three ounces and measures .375 inches x 2.125 inches x 2.625 inches while the exterior body is milled from 6061-T6 aerospace anodized aluminum. In addition, the two blades are made of 420J2 stainless steel (58HRC) that Screwpop claims will have no problem cutting at least 11,000 cigars before they could conceivably start to dull. The blades can cut cigars up to 60 ring gauge and comes packaged in a gift box priced at $99.95 each, although black is the only color available at the moment.

There is no doubt that the Magpulse features some very unique attributes from other guillotine cutters on the market, something that you easily pick up on the first time you see the square, flat design with multiple openings throughout. However, having said that, the actual operation of the blades is still fairly standard: the bottom blade remains stationary while the top blade accelerates via magnets and moves up and down on a track. The main blade is activated by pushing down on a small unordained trigger on the bottom section of the cutter, which releases the top section upwards. You then put the cap of the cigar into the resulting opening and push down on the top section, which pushes the cap against the stationary blade, resulting in a straight cut through the cigar. As the top blade cuts through the cap and comes to the end of its journey, it locks in place with an audible click and stays that way until you push down on the trigger again. Although guillotine cutters are not exactly rare in today’s market, the addition of the magnets in the Magpulse makes it almost totally unique. I say almost, because there is one other cutter that I know of that incorporates magnets into its design: the XIKAR Ensō. Although it does cost basically the same as the Magpulse—give or take $.04—it is quite a bit thicker, quite a bit heavier and does not have a trigger to open the blades. Screwpop is one of those companies that keeps pushing boundaries, and I have some respect for it in that regard. While the original Cigar Cutter and Chopo were not the best examples of how to make a cigar cutter, the Cigar Punch 2.0 proved that Screwpop could get it right. As a cutter for cigars, the Magpulse falls squarely in the center between those releases: it cuts cigars fairly well—as well as any guillotine cutter—but the addition of the magnets to the equation feels more like a gimmick rather than a necessary feature. The problem is that you end up paying quite a bit of extra money for that not-quite-a-gimmick-but-also-not-really-needed feature, something that is hard to justify in my mind when there are so many other cutters on the market that perform the exact same function for the same or even less money.