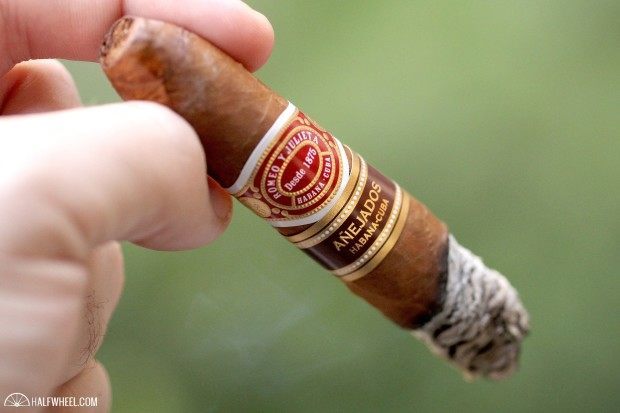 The idea of aging Cuban cigars is far from a new one; many consumers, retailers and distributors pride themselves on their stocks of aged and vintage sticks from Havana, while the commonly accepted idea of needing to let a recently produced Cuban cigar sit for at least a year has become almost a de facto process. But late last year, Habanos S.A. announced that it had taken the process into its own hands and would be releasing not only a pair of new vitolas in two of its most well known global marcas, but that those vitolas had been aged for between five and eight years. 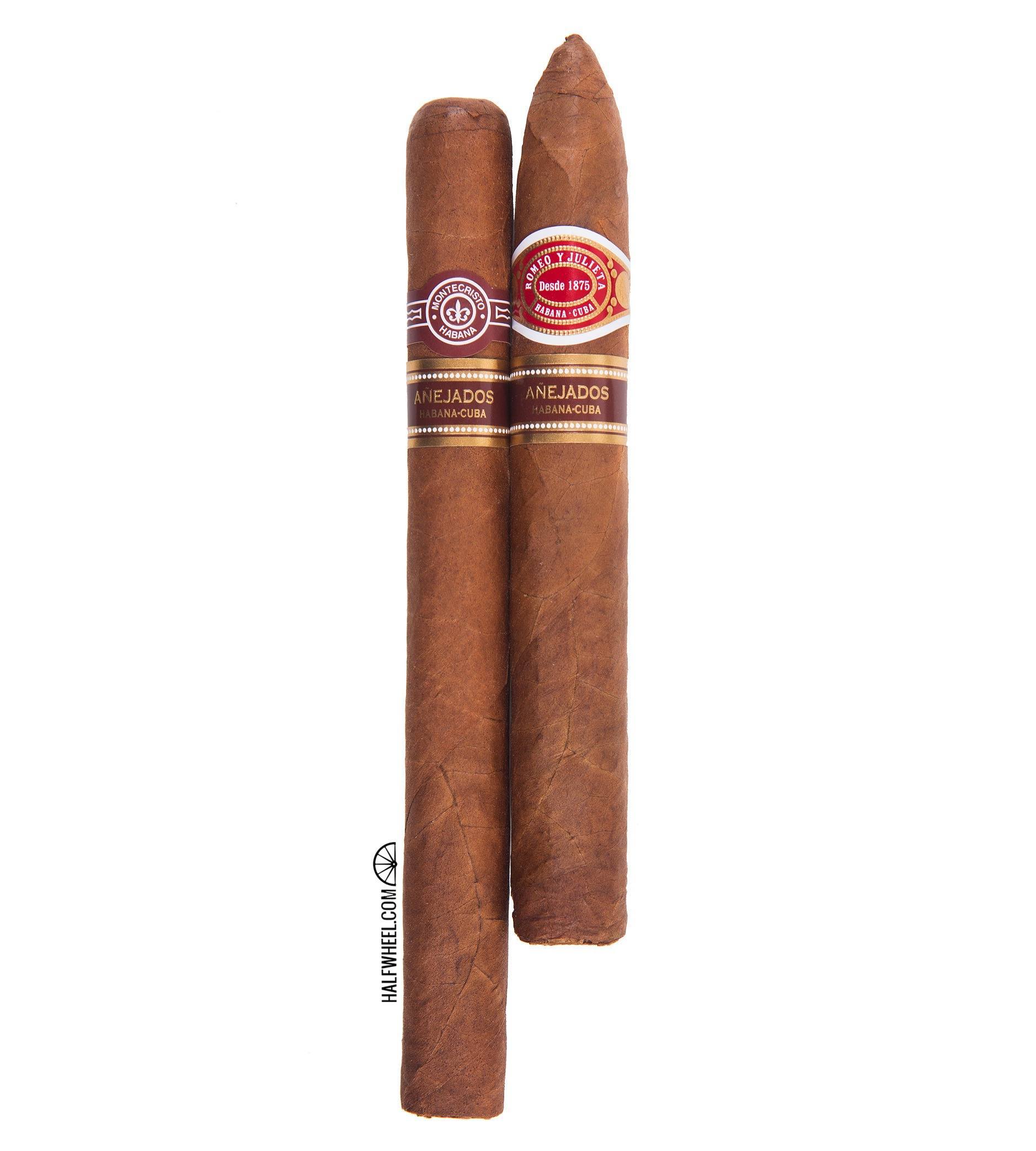 Both cigars are made and brought to market in a similar process: the cigars are rolled as normal and then put into the boxes they will eventually be sold in, minus the decorative paper that gets affixed to them. The boxes are stamped with the date in which the cigars are produced and then sent to one of the aging rooms to rest, being periodically check on before one final inspection when they are closer to their shipping date. The boxes get their decoration as well as a stamp of Revisado, which means checked, and the date of that inspection, the cigars get banded and the final product is packaged up and sent on its way. In a press release, Habanos S.A. said that through the process the cigars retain many of their original characteristics but have become “rounder and mellower to the palate” while adding touches of wood because of the longer exposure to the cedar boxes that they are placed in while resting. 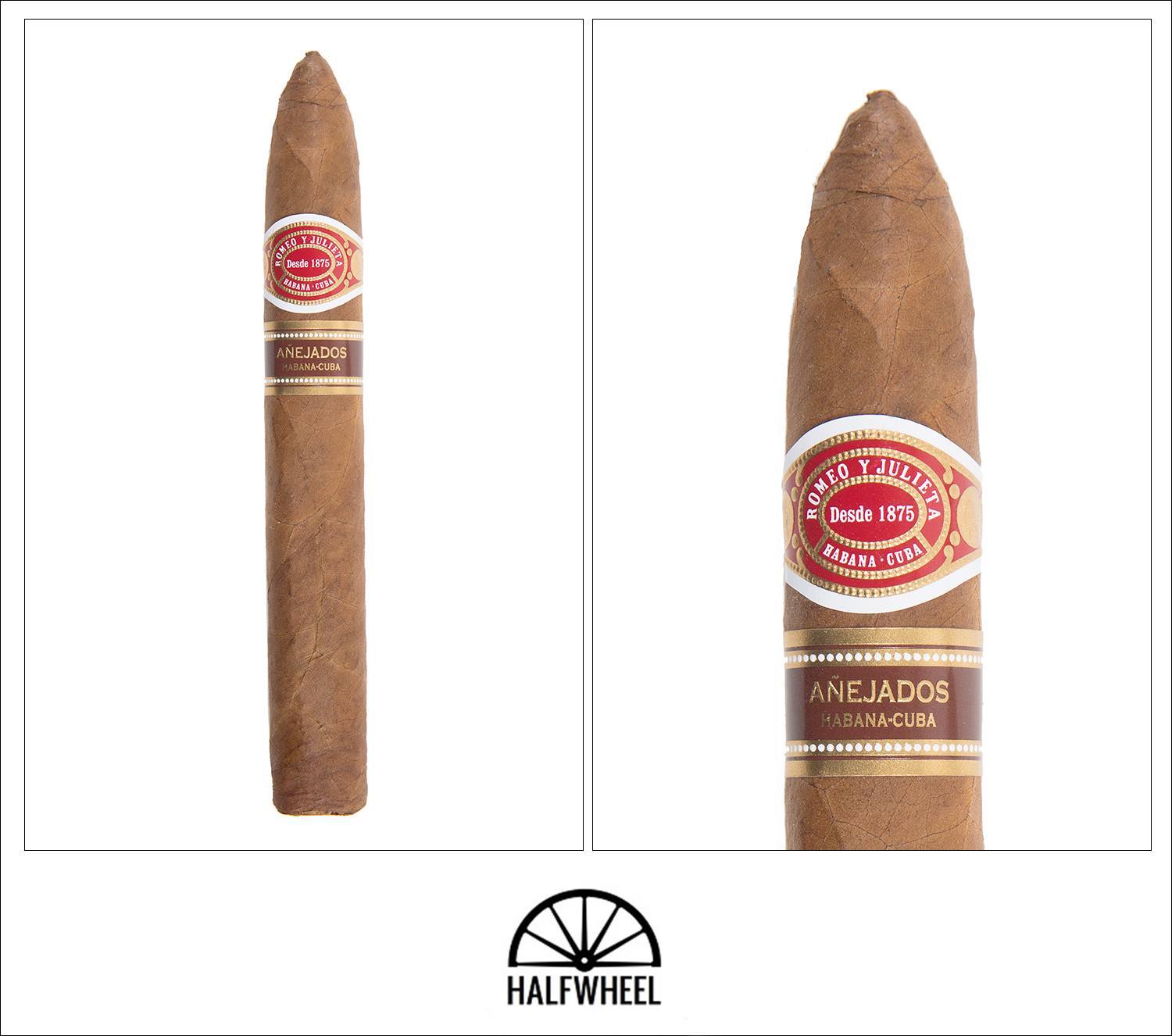 Other than the band that denotes this cigar’s program and the fact that there’s never been a Pirámides released in the Romeo y Julieta marca, it would be easy to assume that this is simply an off-the-shelf Romeo y Julieta, and it would be somewhat easy to misjudge it for the slightly shorter Belicosos, which measures 5 1/2 inches long and has the same ring gauge. The wrapper does seem a bit duller than a more recent one, but only slightly and it may be perception rather than reality, with a classic tan color that is much less vibrant than either of the two bands covering it. There are a few veins, a less than perfect cap, and yes—even a green spot to be found. The cigar is just on the firm side, and certainly firmer than I expect from most Cubans. The pre-light aroma is fairly coy with its aromas, with a bit of sweet corn cereal as the most forward note, with one sample showing a bit of dried fruit and floral characteristics and another offering a very dry pretzel and wheat bread note. The cold draw is smooth and easy, with a buttery note that comes out first followed by more of the sweet cereal grain.

Were I smoking this cigar blind, I’d be hard pressed to tell you it had as much age on it as it does given the decent amount of pepper it puts off in the first puffs, but its maturity becomes a bit more recognizable in the first ten minutes, as the underlying smoothness and more subtle notes get a chance to shine, something I generally don’t find in younger cigars from the island. While I wouldn’t go so far as to call it a creamy undertone, it certainly has traits of cream but with a cedar spin, something that shouldn’t be a surprise given how these were aged. The retrohales are bright but far from punchy, with the pepper showing restraint after its long rest. If there is one thing that really catches my attention, it is the evenness of the burn line; while it hasn’t been perfect it’s been fairly even and hasn’t required a touch-up, something I don’t get to write often enough about Cuban cigars. A bit of a gruffer profile starts to emerge at the end of the second third, as earth and black pepper enter the equation. 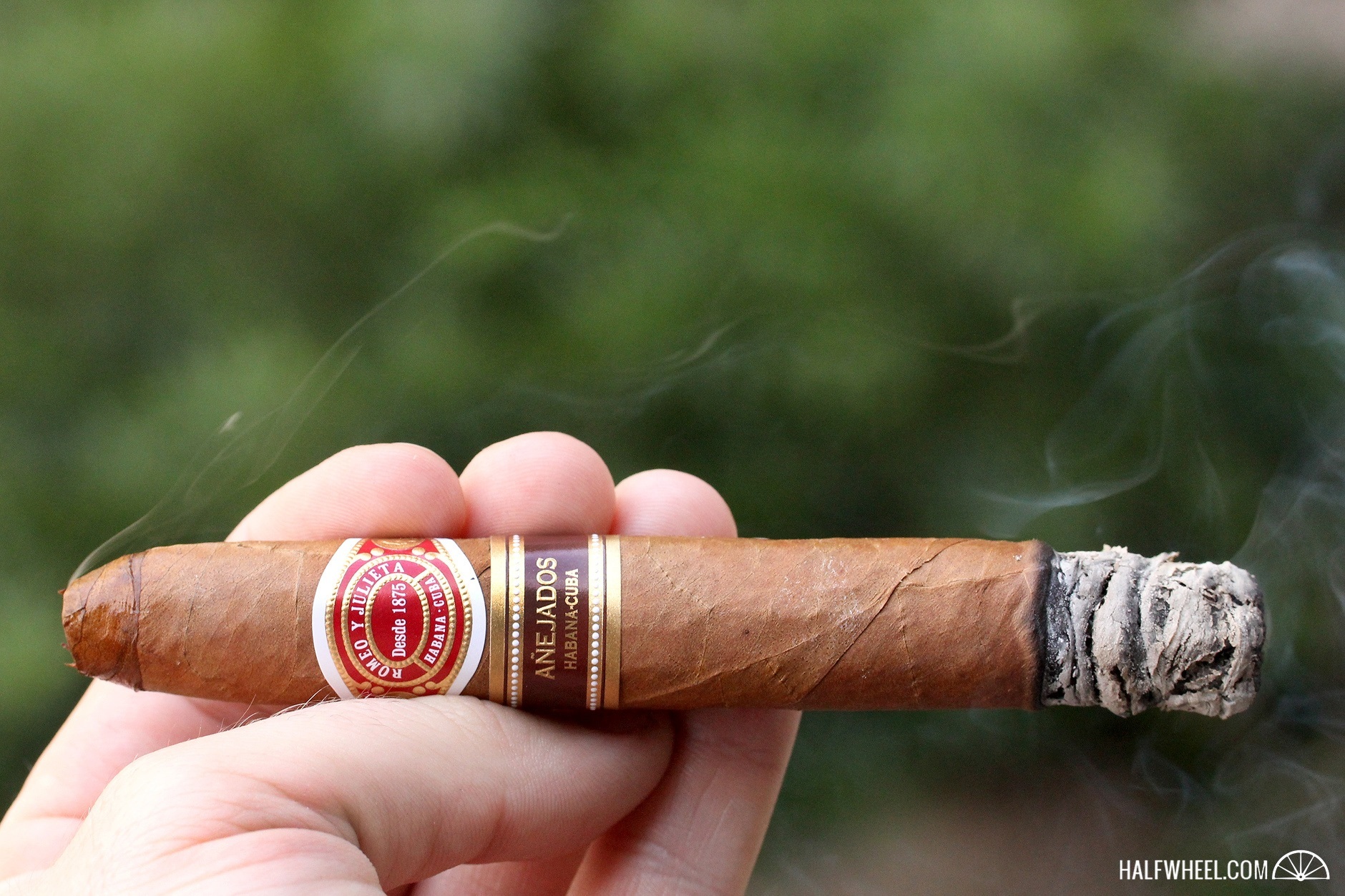 I’ve had a love-hate relationship with the Romeo y Julieta marca; for the most part it’s not one of my regular selections, and the transition from the first to second third reminds me why as the smoke takes on a fairly dry, earthy and almost gravelly texture at points. Bear in mind, it’s not so much the flavor as it is the way the smoke hits my palate and lingers towards the back of my throat. Thankfully it’s not a prolonged sensation, and the cigar gets back to its more enjoyable notes by the midway point, still offering hints of its earthy core but also bringing in some dry cedar and a very light dash of white pepper. The burn in one cigar has started to go off course and warrants a quick touch-up and quickly gets back on track. Approaching the bands, I’m getting a great combination of subtle pepper, some dry pretzel, a touch of sweetness and a lingering bit of earth and pepper, with just the faintest touch of nuttiness in the aroma. Smoke production continues to be more than sufficient heading into the final third. 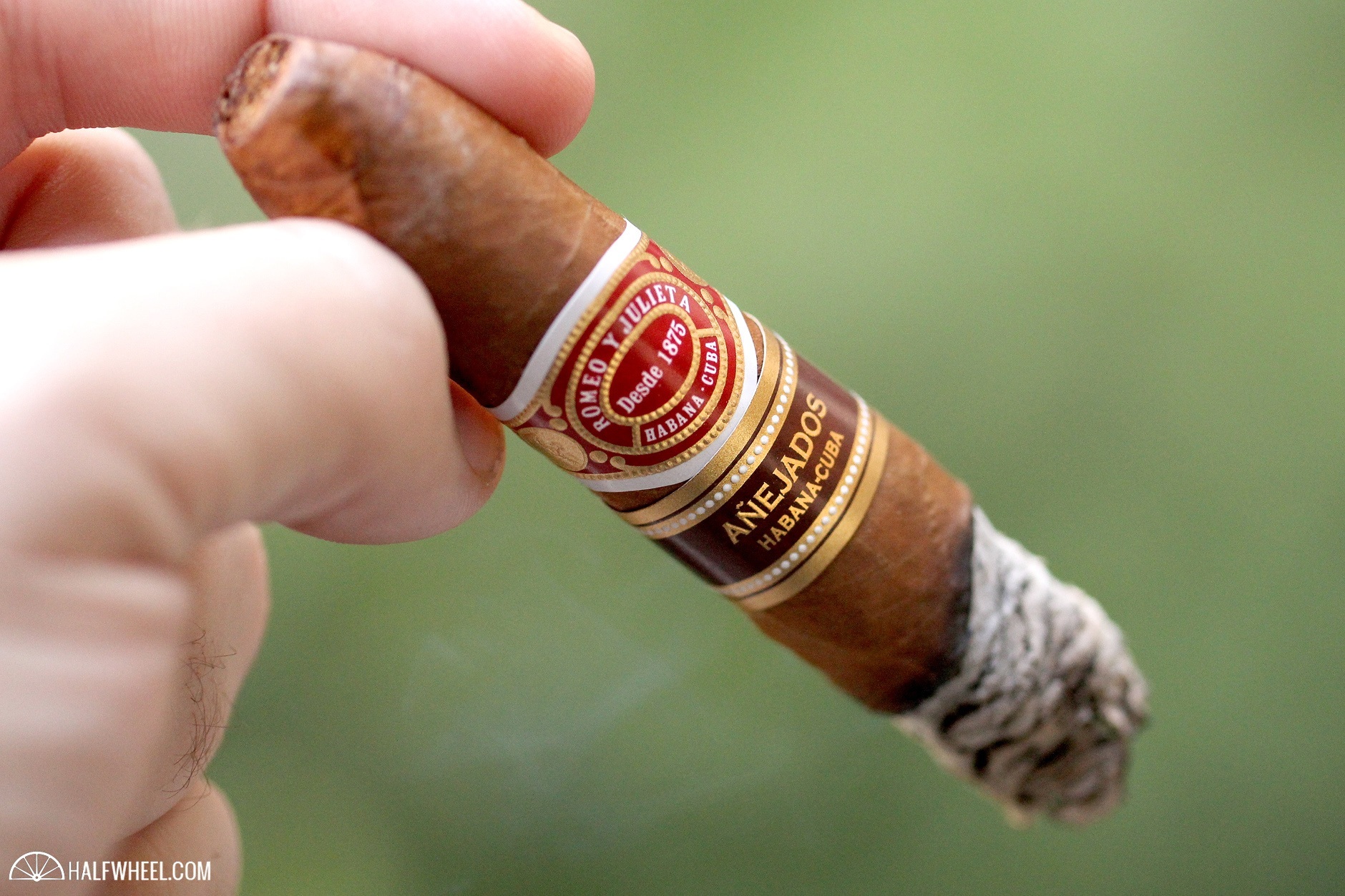 There’s certainly no lack of flavor and body in the final third, as the pepper picks up just a bit while notes of peanut, wood and a bit more earth. The draw seems to have firmed up just a touch as each puff feels a bit more labored, though it isn’t hard to get the air moving and smoke billowing. There is what I can only describe as a refined robustness in the final inches to the Romeo y Julieta Añejados; it tip-toes into the realm of being just a bit harsh but stops from being unpleasant, and the cigar gets smoked down to under an inch with no issues. There's no doubt that I certainly enjoyed the Romeo y Julieta Añejados Pirámides; the score should convey that fairly clearly. But while I enjoyed them, I'm not sure I would say rush out and buy a bunch of them, unless you really love the Romeo y Julieta marca and want to try it with several years of age on it in a relaunched vitola. My hesitation comes simply because this is something that you could seemingly do on your own; buy a box of cigars, put them away in a quality humidor for several years, and then smoke them. Yes, the vitola is "new" in a sense, and it does seem to treat the blend well, but you could also spend a fair amount less on the similarly sized Romeo y Julieta Belicosos. it's an interesting idea and one I'm intrigued to see how Habanos S.A. builds on, but not one I'm sure I'll be buying.