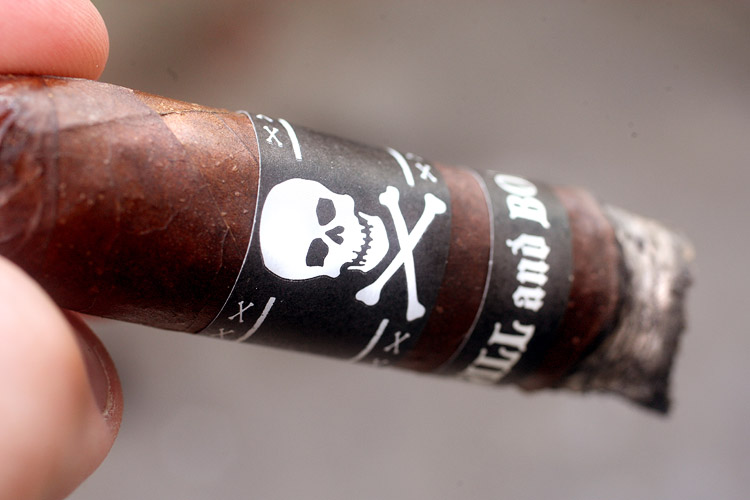 In mid March of this year, Viaje released yet another slew of new cigars all at once to retailers. There were five new releases in all, bringing the total number of new Viaje Cigars to nine in less than a month.

The FOAB, which stands for father of all bombs, and whose name’s origin is based on an actual bomb, is a brand new release in the Skull and Bones White series. At 4 1/2 x 56, the FOAB is the big brother to the MOAB, which is 4 1/2 x 52, both of which were released in 300 boxes of 25 cigars.

Included in the second wave of releases were:

These two releases brings the total number of Skull and Bones releases to 11. 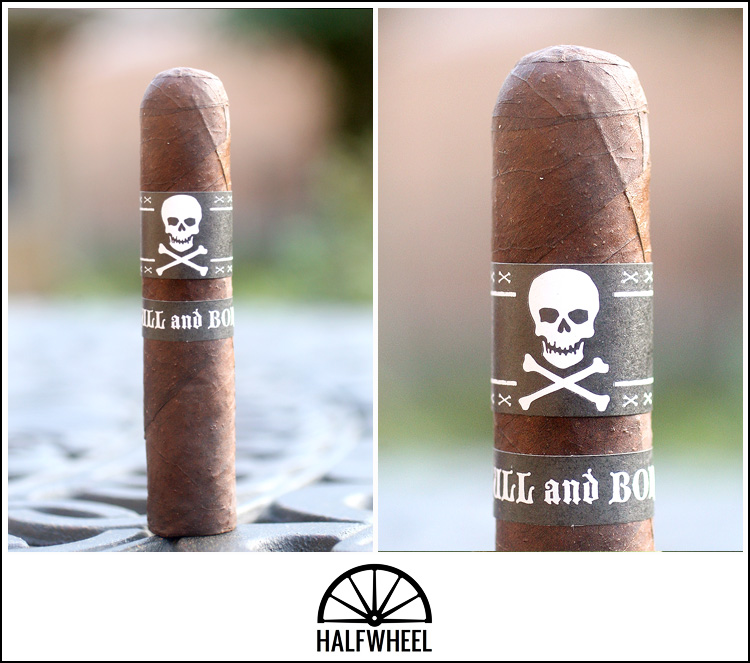 The Viaje FOAB has a dark espresso brown wrapper that looks like it would feel rough, but actually is quite smooth to the touch. While the FOAB feels nice in the hand, the cap could be applied better. The wrapper has a bit of oil on it and smells strongly of manure, espresso and chocolate. When squeezed, the FOAB displays the perfect amount of give.

The first third of the FOAB starts out right off the bat with a very strong bitter espresso flavor that is really quite nice, along with notes of cedar, leather and earth. There is no spice at all, but there is some black pepper that comes and goes. The draw is a bit loose, although not bad enough to really worry me, but the burn is wonderful so far. Surprisingly, there is a little bit of sweetness underneath the other flavors that really helps the profile along. Strength is a solid medium, but getting stronger, which is what I expected. 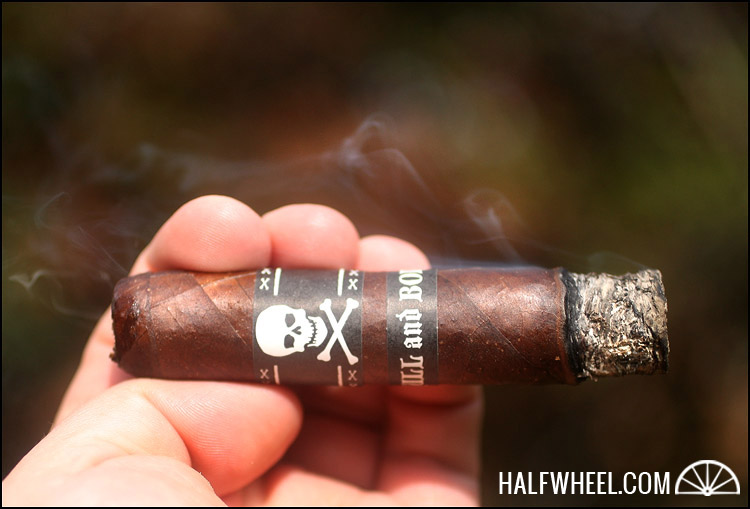 Into the second third, the Viaje begins to mellows out quite a bit flavor wise, but the strength continues to increase. The flavors are the same profile-wise for the most part, but the sweetness that was a background note in the first third is increasing until it becomes more of a player in the flavors. The black pepper is still noticeable, but there is still almost no spice to speak of. The burn is wonderful, but the draw is still just a bit loose for my tastes, although it is still well within normal range. Strength continues to increase and it ends the second third at a full-like medium. Sadly, the final third of the FOAB remains much the same as the second third, both in flavors and strength. It does not get hot at the end, but the strength pretty much stays in the full medium category, never going above that.