Just as the summer smoking season was getting underway, a new single store release from Viaje made its way to Hawaii, a two-size limited edition created for R. Field Wine Co. known as “The Hulk.”

According to a Viaje spokesperson, it’s an unofficial name, though one look at the cigar—particularly the band—gives some explanation for the name. The cigar wears the standard Skull and Bones band, though this time the skull and crossbones are green, as opposed to previous editions which were either black, white, or red.

The cigar was released on June 16 at an event hosted by R. Field Wine Co. at the Prince Waikiki Hotel, offered in two very similar sizes. 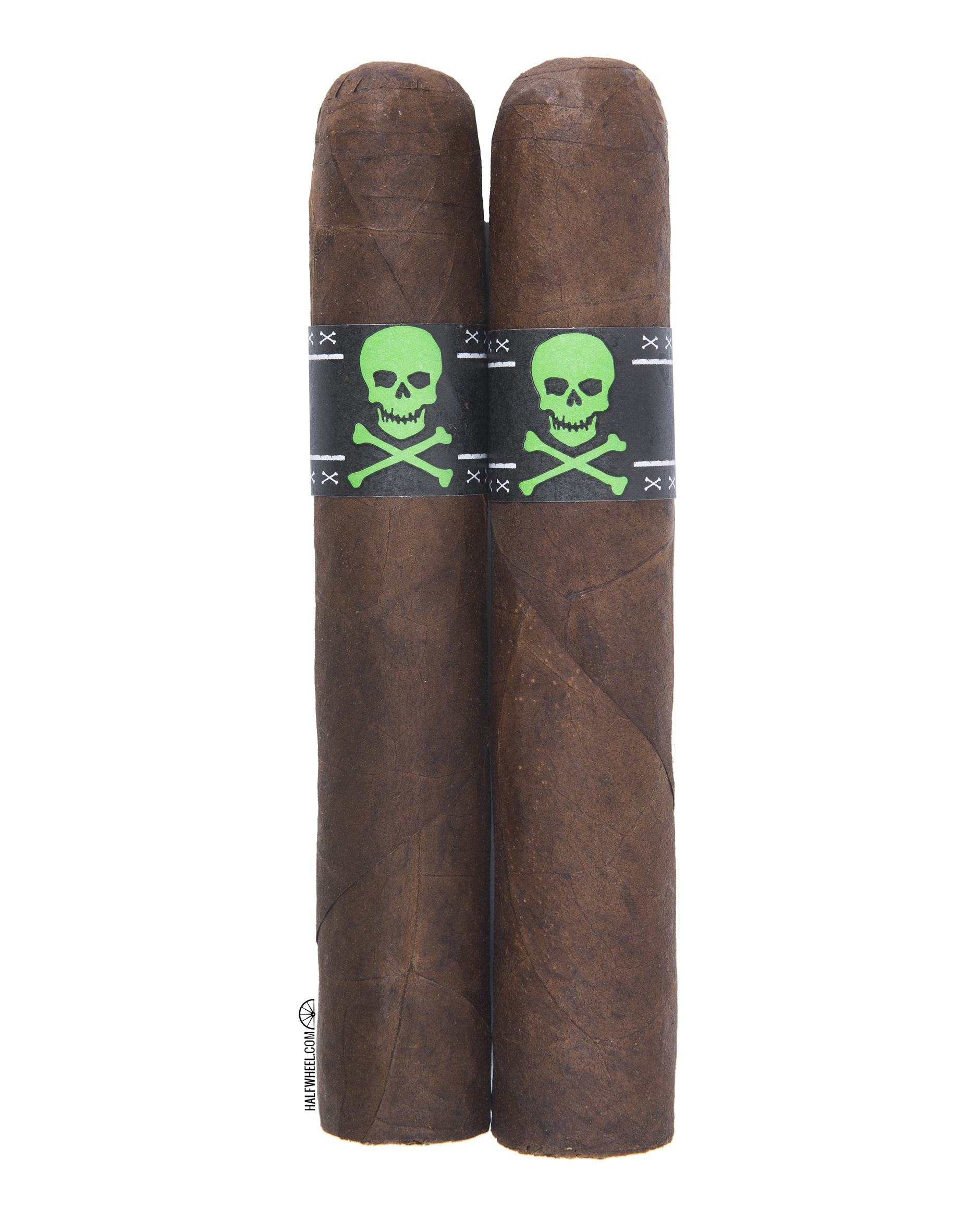 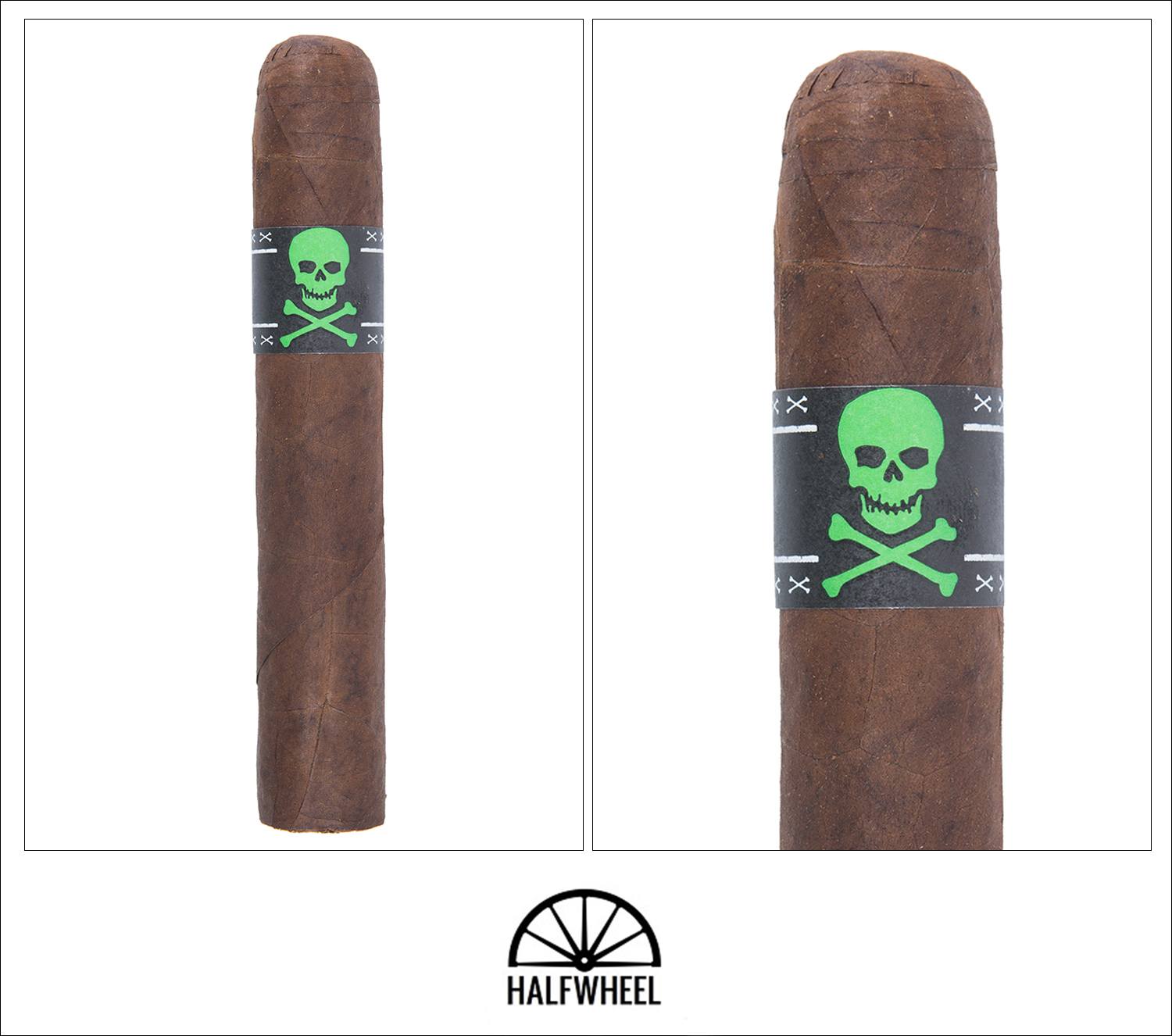 While this may look like just another Viaje Skull & Bones release, the green logo in the middle will immediately cue fans of the brand that this isn’t so typical, as only red, white, and black have been used to this point. Size-wise it is fairly standard, a thick ring gauge of decent length, with a veiny, earthy brown wrapper that offers some shade variations, no tooth, and minimal oils. Each of the three samples is rolled and capped well, with no appreciable soft or hard spots. The pre-light aroma catches me off guard as an aroma of dried tobacco almost jumps off the foot, with a potent pepper at the core. The smell is surprisingly neutral, almost reminding me of cotton bed sheets or a wheat dough bread, but a prolonged sniff shows this cigar has some firepower awaiting. The cold draw is a bit on the loose side, and it too has a bit of delayed pepper that trail behind notes of wheat bread and a bit of butter.

The Viaje Hulk 56 starts out with a hearty profile that is rich with pepper and offers a trailing bit of aloe sweetness that is somewhat surprising and quite pleasant, while the smoke is medium-plus in body and leans toward undertones of wheat and dry tobacco, which in turn lets the pepper get most of the attention. Retrohales provide an equally bright punch of pepper, though it’s a bit crisper through the nose than it is on the palate, and in certain samples is a bit much in terms of its ability to get into the senses. Just before the first clump of ash falls at just over an inch in length, I get a charred meatiness that is crisp and peppery, while after the ash drops the cigar pivots a bit as its base notes get lighter and brighter, picking up some chalk and flour as the second third quickly approaches. The draw and burn have both been fantastic in this section, with plenty of smoke production. 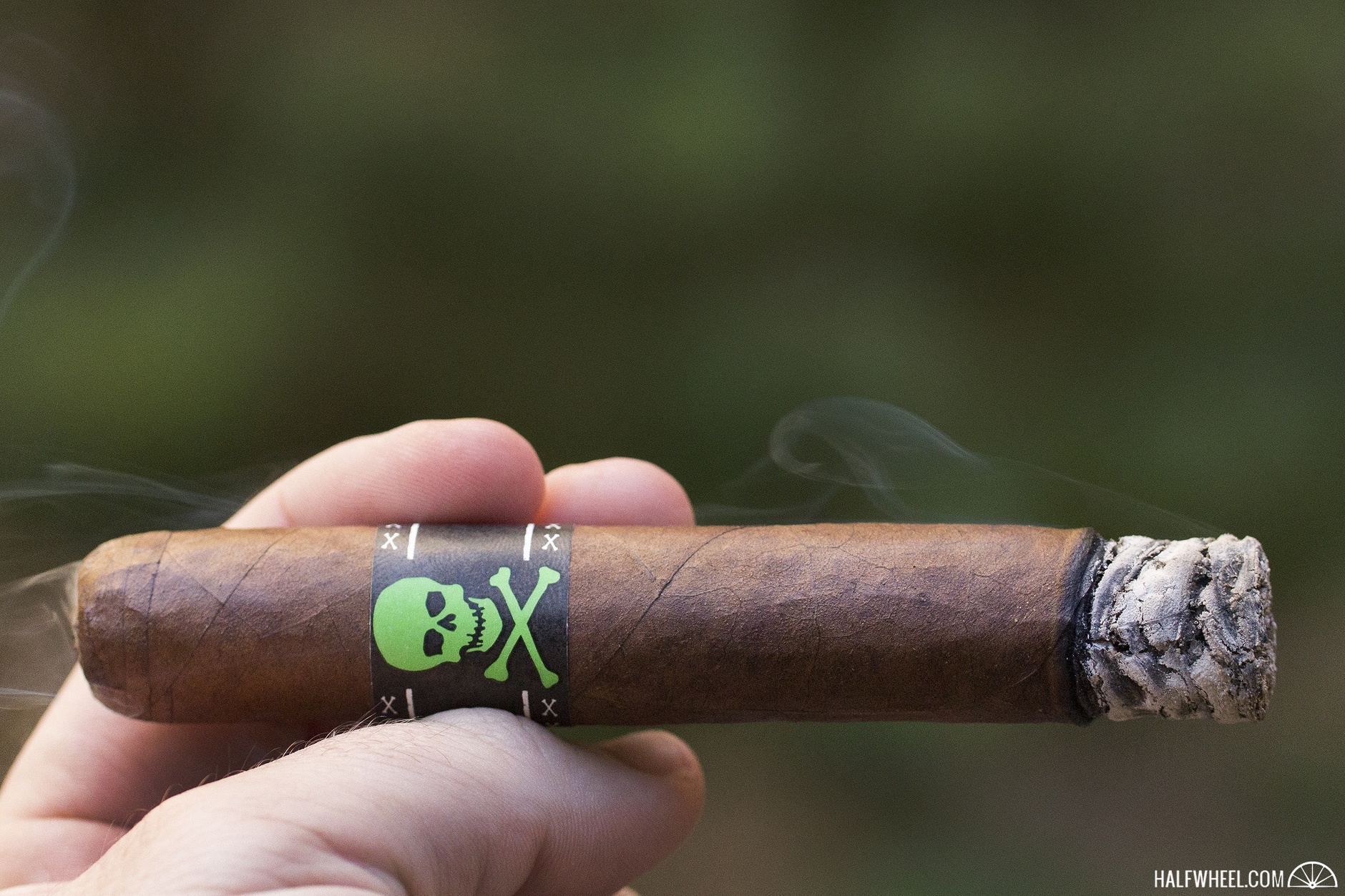 A retrohale to start the second third shows that the pepper is still bright and crisp in the nose, even a bit more so than it was at the start of the cigar. While the profile does lighten up a bit, it’s not consistent across sample to sample, offering anywhere from a brief respite to a move of the needle back down to medium bodied and strength. Approaching the middle of the cigar, the blend seems to settle its base notes down, returning back to the wheat from the first third and not showing a lot of earth or gravitas, which I find both interesting and enjoyable, as the cigar doesn’t weigh itself down or fatigue the palate, and can in turn offer plenty of pepper for the senses to enjoy. Retrohales get a bit more dynamic at the midpoint, starting out sharper and lingering longer, though I’m still not avoiding them by any means. The profile picks up more sweetness and pepper, much the same as what was found at the start of the cigar, as it gets ready for its last third. 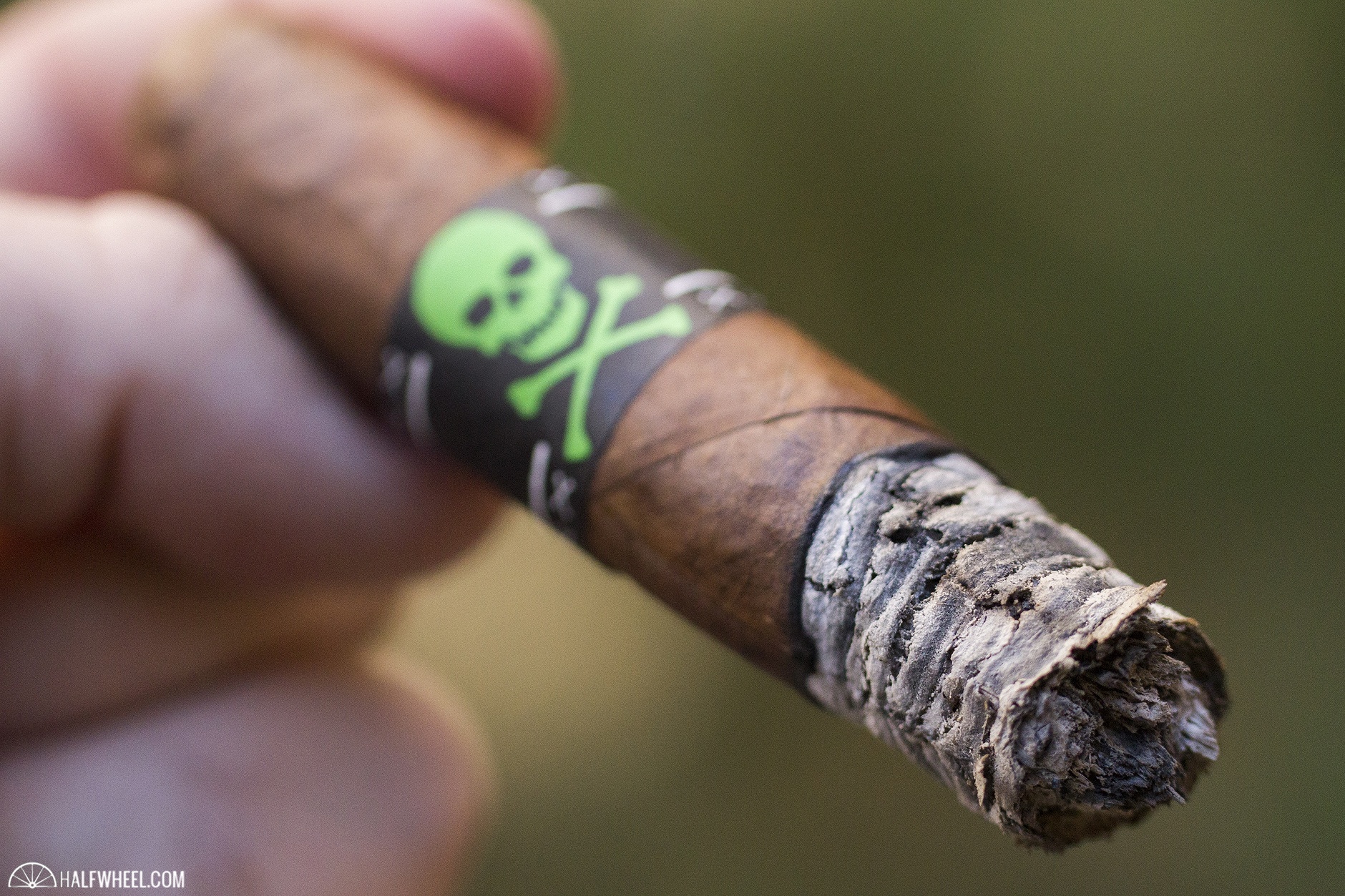 The final third of the Viaje Skull and Bones Hulk 56 sees another slight yet noticeable redirection of the flavor, as I get traces amounts of wood showing up in the profile, an addition that builds throughout this portion. Additionally, the base notes of the cigar have picked up a bit of earth, with the pepper becoming a bit rockier and the physical sensation it imparts a bit bigger. It’s sort of the difference between table salt and a salt cube—it’s as if the size of the pepper granules have become bigger and thus more prevalent on the tongue, though of course we know that there isn’t actual pepper in the cigar. With the band removed, retrohales get more sharp pepper, a change I don’t find to be necessary as it was at a full yet friendly level prior. The profile gets a bit less palatable as heat becomes a factor in the final inch, sharpening up the flavors and leaving a much longer lasting flavor on the front half of the tongue. For the first time, the pepper gets in my eyes and causes a bit of watering. Slowing down the smoking rate a bit works well to keep the cigar cool and as flavorful as possible. 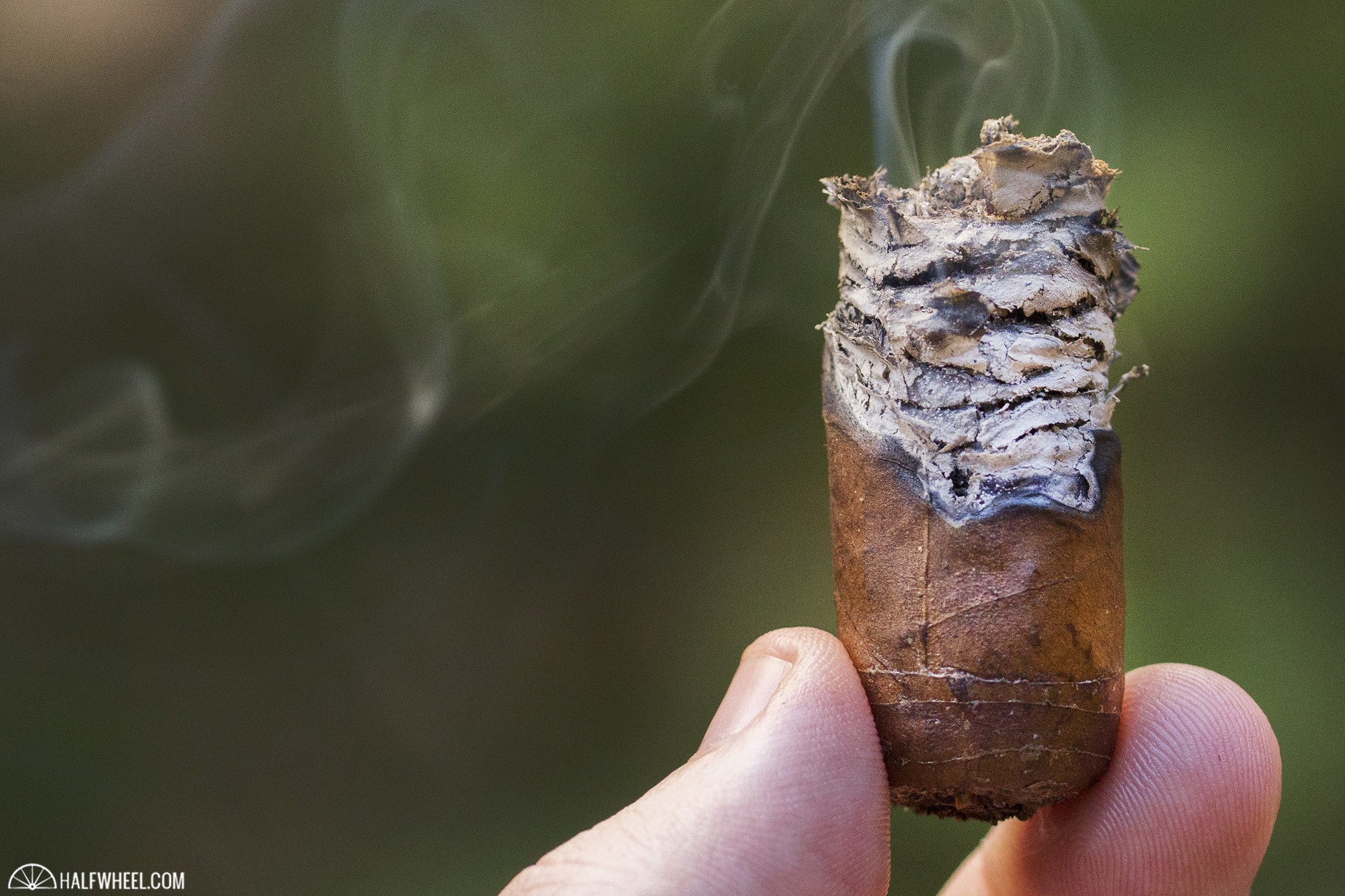 This latest Viaje store exclusive is an interesting and impressive mix of strength, sweetness, and balance, and after three I'm quite pleased by what it has to offer. There are points where it lacks complexities and gets a bit harsh, though the latter seems more a natural variance of the blend as opposed to a fundamental flaw, and slower smoking rates does a good job to mitigate the damage. While I'm not sure I'd be quick to buy a full bundle, I'd certainly consider making room in my humidor for a few more.