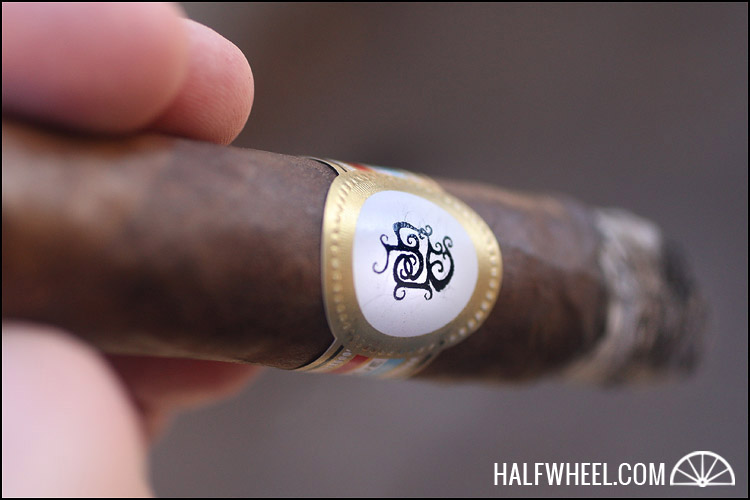 Early 2011 saw the (relatively quiet) release of the Gran Cojonu Reserva at CigarWorld in Dusseldorf, Germany.

The cigar shares the exact same filler and binder as the Gran Cojonu, but with a Connecticut broadleaf wrapper instead of the Ecuadorian habano. Very few people know about this release and it is not even on Tatuaje’s website at the moment, most likely due to the fact that when first released, there were less then 20 boxes available for purchase, all in Germany. However, since then, the store has ordered more, and Johnson told me that there are a total of 120 boxes of 12 released by the end of 2011.

For those unfamiliar with the Cojonu line, here’s what I wrote last week in my review of the Cojonu 2012 Capa Especial:

At the start, it was announced that there would be a new Cojonu release every three years, and that was the case until 2006,when the official 2006 version was released, as well as the Gran Cojonu, which did not fit in any of the same parameters as the other releases in the series. For example, it was quite a bit larger at 60 RG, it came bandless, and it came in boxes of 12 instead of boxes of 25. 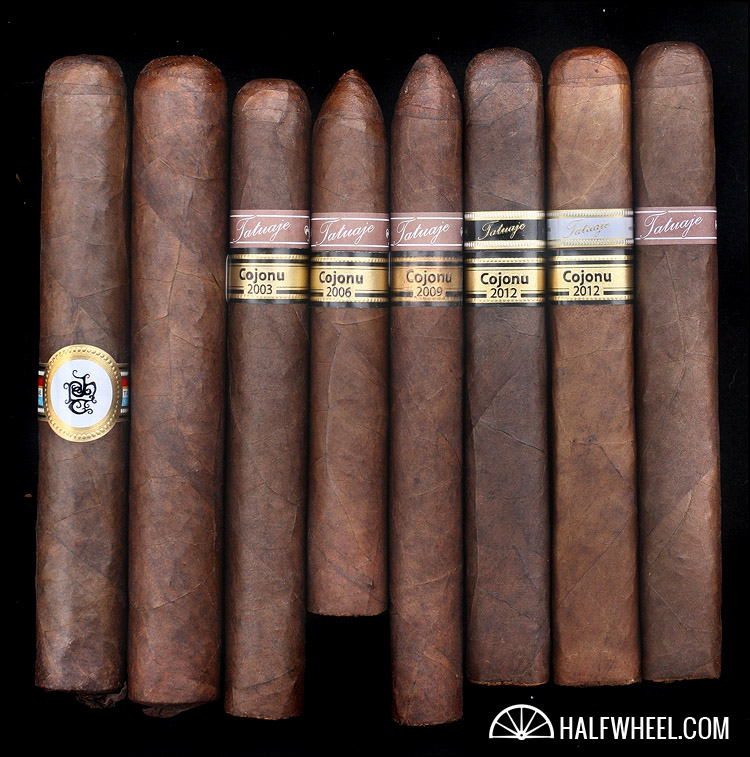 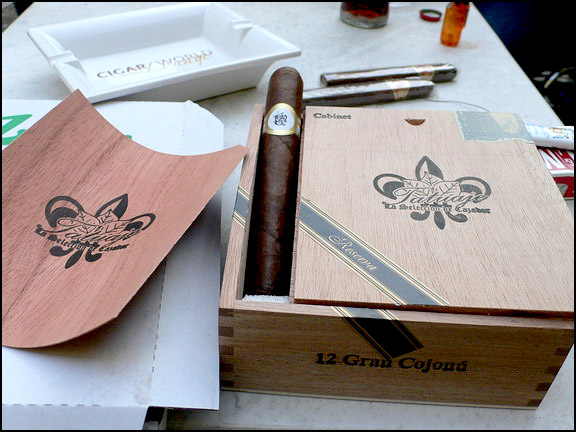 And here is a photograph of the box of Tatuaje Gran Cojonu Reserva, courtesy of Nino from FlyingCigar.de. 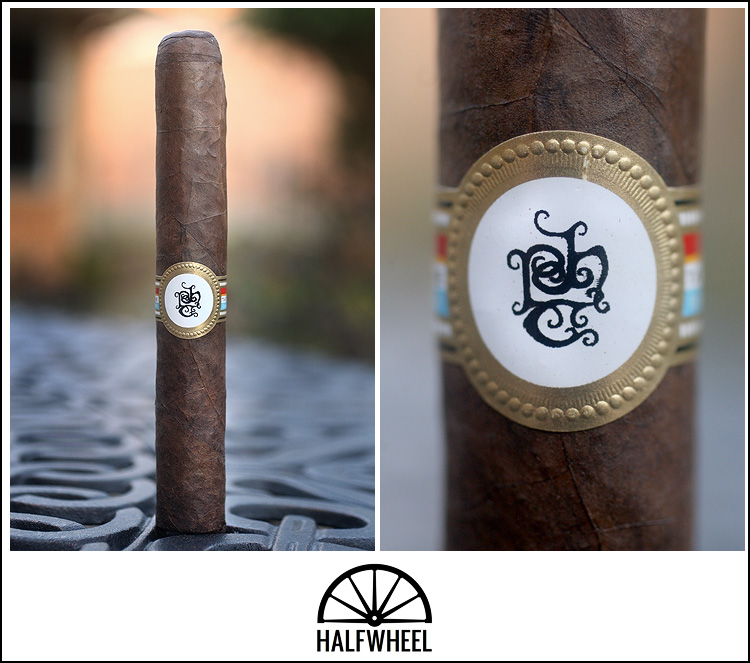 Make no mistake about it, the Gran Cojonu Reserva is a huge cigar. It feels too large in your hand, but it seems light weigh-wise for its size. The wrapper is a muddled dark mocha brown that is extremely toothy to the touch. The cigar has an unfinished foot, which I love, and it has the perfect give when squeezed. The wrapper smells strongly of barnyard, dark chocolate, earth and pepper.

The first third of the Gran Cojonu Reserva starts with the perfect amount of white pepper, leather and a gritty earthiness that all really go well together. There is just a tad bit of spice on the tongue, just enough to make things interesting for the Tatuaje. There was no sweetness at all for the first 10 puffs or so, but it starts to make an appearance towards the end of the First Third. The second third starts getting stronger ending around medium-full and sweeter as well. It’s still the same basic flavors, but they are good flavors, earthy, dark chocolate and leather. The burn and draw are perfect, and continues that way for the entire Second Third.

The final third of the Gran Cojonu Reserva is much the same profile-wise, but the sweetness increases quite a bit, especially towards the nub. Flavors are basically the same, but the strength increased to a full minus by the end as well. I really enjoyed this smoke, despite the obvious issue (to me) of being way too large. It was a bit monotonous flavor-wise (as large ring gauge cigars tend to be), but the flavors it had were wonderful and definitely has the Tatuaje profile. I actually did like the Tatuaje Gran Cojonu Reserva over the habano mainly due to the sweetness that was present throughout the smoke. If you can get a hold of one (or more), they are definitely worth the try, especially as hard as it is to get.