At the end of February 2011, the Partagás Series E No.2 was officially released at the XIII Habanos Festival in Cuba. The Serie E No.2 is the first in a new line of Partagás Serie that will likely be known for its larger ring gauge and unique packaging. 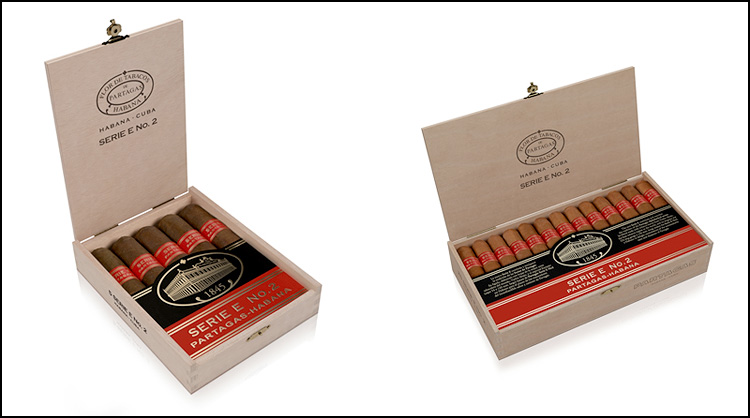 The Partagás Serie E No.2 is available in two different semi boite nature (SBN) boxes: a box of five and a box of 25; each with a lithographed piece of paper on the outside and a flap on the inside of the boxes that is meant to make them easily noticeable on shelves. The tobacco used is from the Vuelta Abajo region in Cuba. 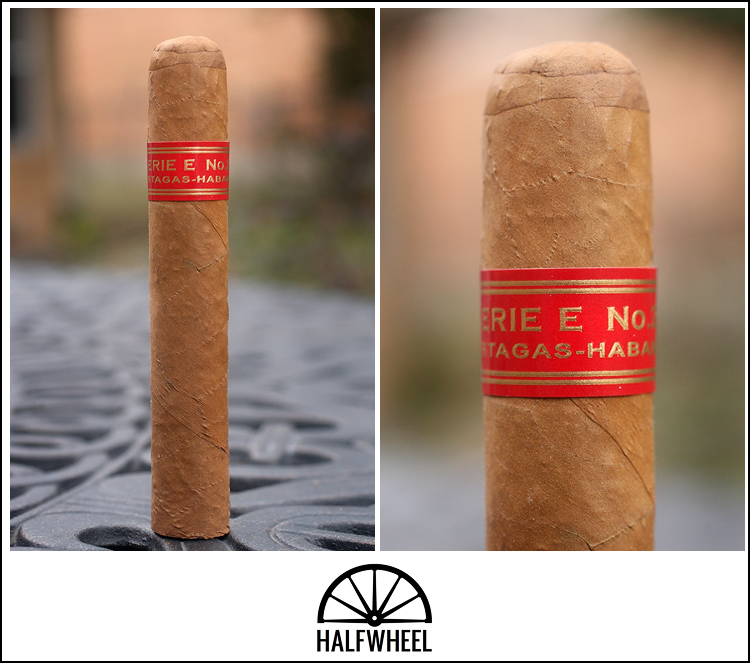 The Partagás Serie E No.2 is quite large in my hand, but feels a bit light when held considering the size. Despite reports of being a Colorado, the wrapper is a very light yellow-brown and has multiple seams running down the length. The Serie E has the ideal give when squeezed and the wrapper smells faintly of sweet cedar, manure and a bit of chocolate.

The first third of the Serie E starts off with a strong note of dry wood, along with lesser flavors of leather, earth and tobacco and manure as well; although that was mainly a smoke smell. There is a nice sweetness that comes and goes and gets stronger towards the end, but no discernible specific flavor on that yet. Almost no spice at all, but there is some pepper on the retrohale, just not a lot of it. 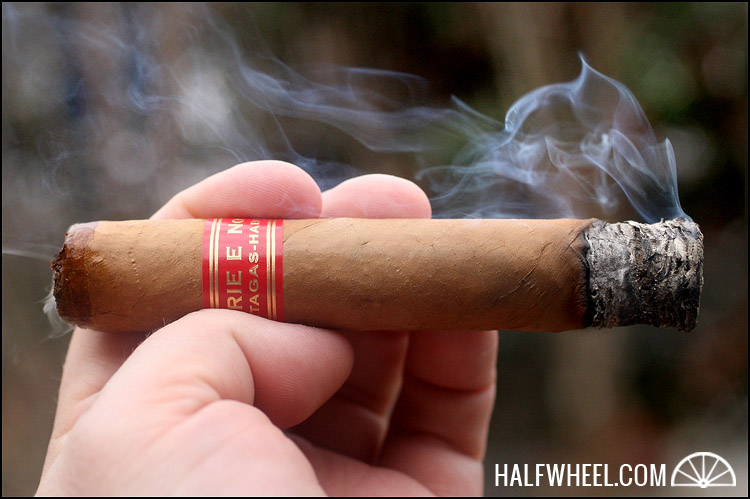 Midway into the second third of the Partagás and the cigar has less of the manure scent while the earthiness seems to take center stage, flavor-wise. The profile gets progressively more creamy as the second third comes to an end and the sweetness is still in the background. I also get some fleeting flavors of nuttiness, but not strong enough to make an impact on the overall profile. Overall strength is increasing as well and it ends the second third a strong medium. 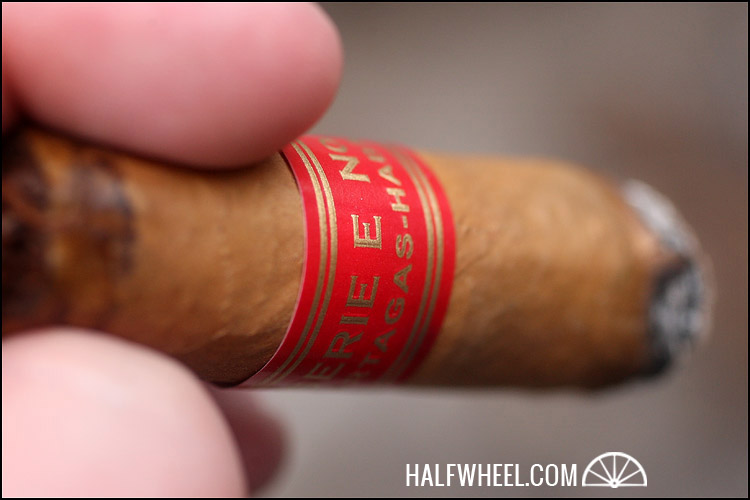 The final third of the Serie E No.2 really steps up the game, with a wonderful combination of honey sweetness and some nice spice on the lips that before now was not present. Other flavors include cedar, espresso and hay. The profile is still creamy as well, albeit not as strong. Strength remains firmly in the medium plus range until the end. The cigar starts getting hot and bitter at the very end, but that is most likely due to the age. 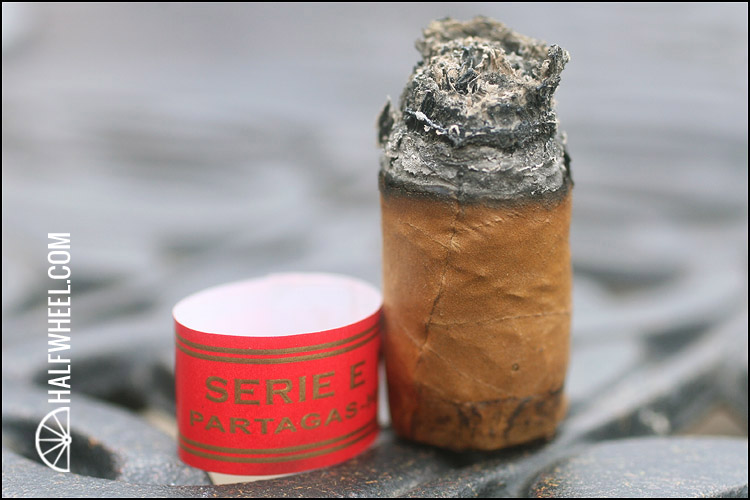 I really enjoy the Partagás profile and I came into this cigar wondering if I would like it more than my go-to cigar in the Partagás line, the Serie D No. 4. Well, it is such a different animal and really tough to compare the two. I found the Partagás Serie E No.2 to be quite a bit stronger and with more spice than the Serie D No.4, but I also found it to be a tiny bit more complex especially in the final third. While I was not impressed with the size of the vitola, the blend held up wonderfully and I think these will only get better with some downtime.