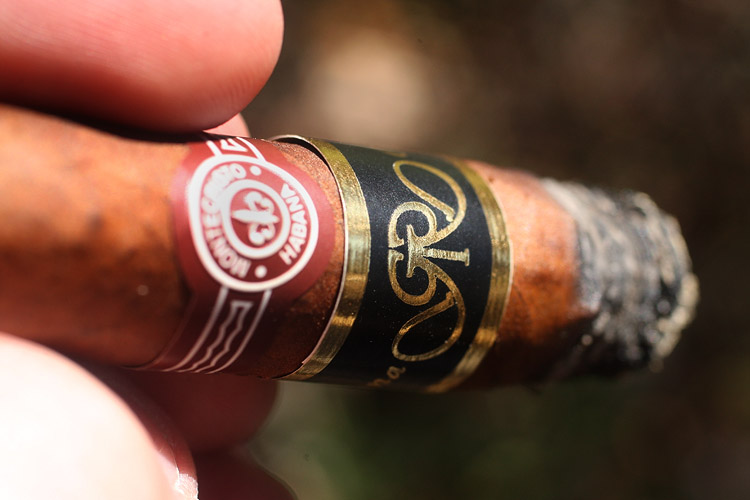 In 2009, Habanos S.A. released the Cohiba Gran Reserva, the first cigar in the new Gran Reserva line. The cigars in this line are to only be released when Habanos S.A. deems there is enough quality tobacco available and will use tobacco that has been aged at least five years. They also sport a brand new secondary band with a scripted and intertwined gold “G” and “R” facing different directions on a black background.

The Cohiba Gran Reserva used 2003 tobacco from San Juan y Martínez and San Luis regions. Only 5,000 boxes of 15 cigars were released and the price of each cigar was around $115. Despite the obscene price, this cigar made quite a few Best of Year lists, including mine, and I gave it a 99 when I reviewed it.

The newest release in the Gran Reserva series is the Montecristo Gran Reserva Cosecha 2005, which was announced at the XIII Festival del Habano. Rolled in the exact same vitola as the legendary Montecristo No.2 Pirámides, this cigar features Vuelta Abajo tobacco from the 2005 harvest aged at least five years before being rolled into the cigars.

Here are some photos of the boxes that the Montecristo Gran Reserva Cosecha 2005 come in. Like the Cohiba Gran Reserva before it, the boxes are numbered, densely lacquered and are really quite amazing to behold. 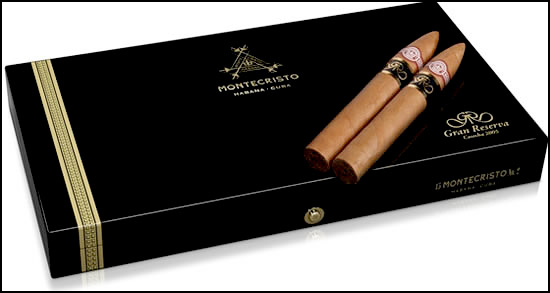 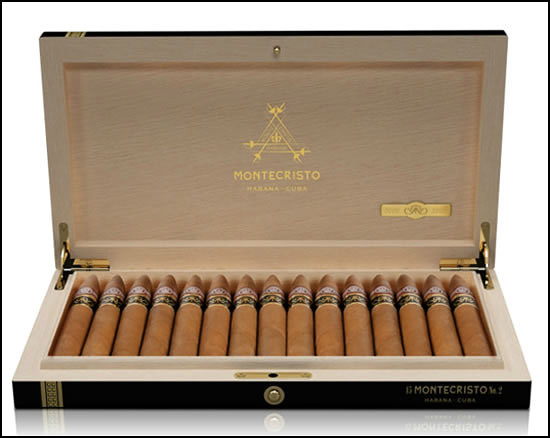 Here is a interesting promo video, which features not only overly dramatic music, but also some actual footage of the tobacco and rollers rolling the cigars themselves:

And finally, here is the press release:

The first Gran Reserva of Montecristo, a reference of flavor in the Habano.

Since its origins in 1935, Montecristo has consolidated itself as one of the most widely recognized brands of Habanos among the most demanding smokers. Now, Habanos s.a. is pleased to present Montecristo, considered for many as the reference of flavor of the Habano, the first Gran Reserva of this brand.

This new Gran Reserva digs deeper into the unique character of Habanos* as Protected Appellation of Origin. For the production of this Gran Reserva of Montecristo, the best tobacco leaves were selected from Vuelta Abajo*, Cuba*, harvested in 2005. All the leaves that make a Habano, filler, wrapper and binder, were aged during a long and careful process of at least 5 years.

These were no less than 5 years of care, control of the evolution of the aging of these precious leaves that, finally, in the master hands of the experienced Montecristo cigar rollers in the H. Upmann factory take shape to create a unique Habano to satisfy the pleasure of the most demanding smokers.

The emblematic Montecristo No. 2 vitola has been the one chosen for this unique production that makes the Gran Reserva of Montecristo.

The whole production process of the Gran Reserva respects the selection criteria expected of a unique product: from the long and careful aging process of at least 5 years of the best tobacco in Vuelta Abajo* to the panel of tasters, who have supervised the selected blend to guarantee a unique, harmonious, and consistent flavor.

The Gran Reserva of Montecristo is a unique production, extremely reduced to 5000 numbered cases containing 15 units each.

In the following days it will start to be available in the best Habanos stores in the world. 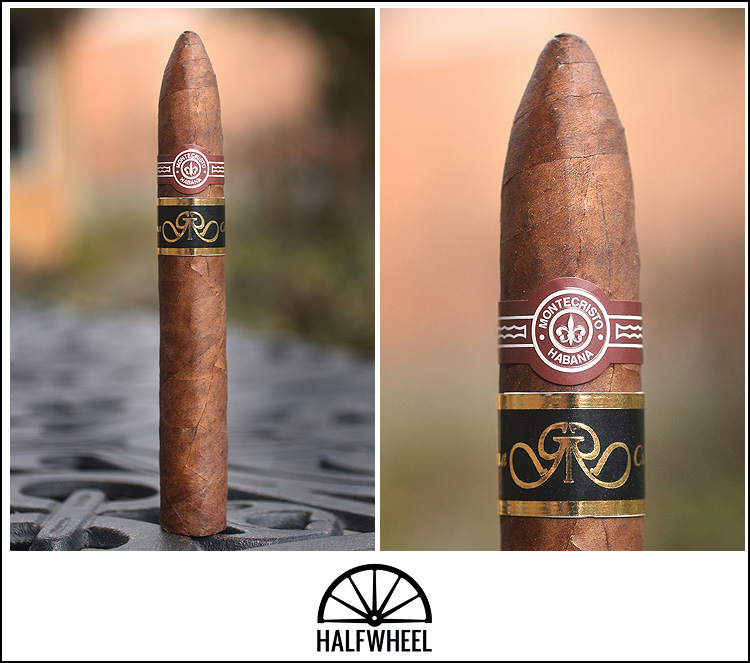 The Montecristo Gran Reserva is a wonderful looking cigar with a dark espresso brown wrapper that, while it has a bit of tooth to it, has no visible veins at all. It has the perfect give when squeezed and the bands contrast nicely with the darker wrapper. The wrapper of the Montecristo smells strongly of sweet hay, barnyard, cedar and molasses.

It starts out with very strong black coffee and hay notes in the first third along with a great sweet nuttiness that is wonderful on the palate. A wonderful start to the Montecristo Gran Reserva and the draw and burn are perfect from the beginning as well. There is a nice fruit note of some sort (I can’t make out what it is in the first third) that comes and goes and is sometimes quite strong, but for the most part stays in the background. Strength is negligible at the end of the first third, about what I expected. 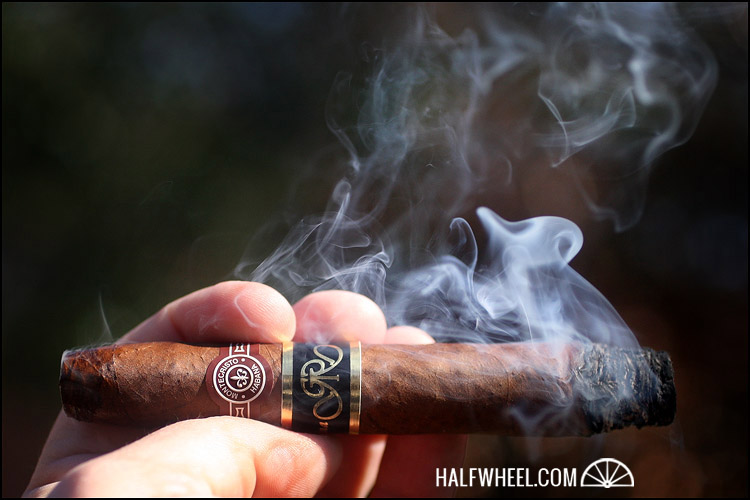 The second third ramps up the nutty sweetness and adds a nice creaminess to the profile that combines quite well. There are other flavors of chocolate, leather and even a bit of honey, but they are not huge players in the Montecristo’s profile, just side notes that come along every once in a while. Unlike the first third, there is some spice on the lips and a bit of pepper on the retrohale, just not a lot of it. 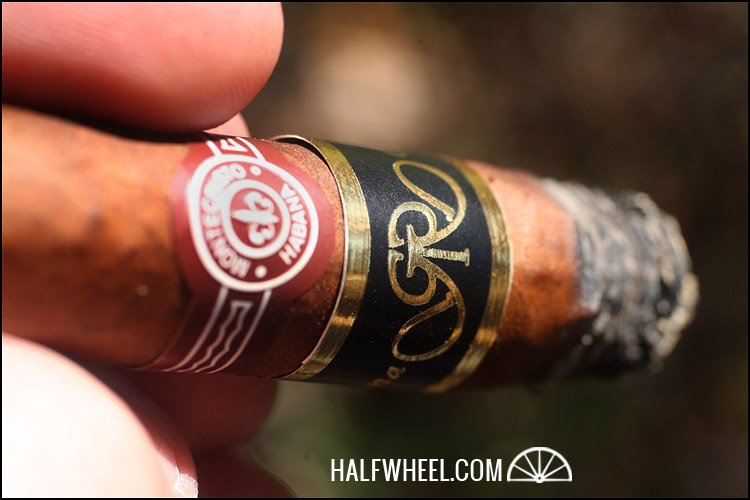 With the final third the profile shifts a bit with the nuttiness receding to the background and a nice sweet floral note becoming dominant. The profile of the Gran Reserva in general is lighter in terms of the distinctness of the flavors. In fact, at points, the profile seemed almost muted. The flavors of the Pirámides were there, just not nearly as strong as before. It was very odd and very noticeable. Still not much spice or pepper, but it is easy to nub. Strength of the Gran Reserva No.2 is a solid medium at the end. 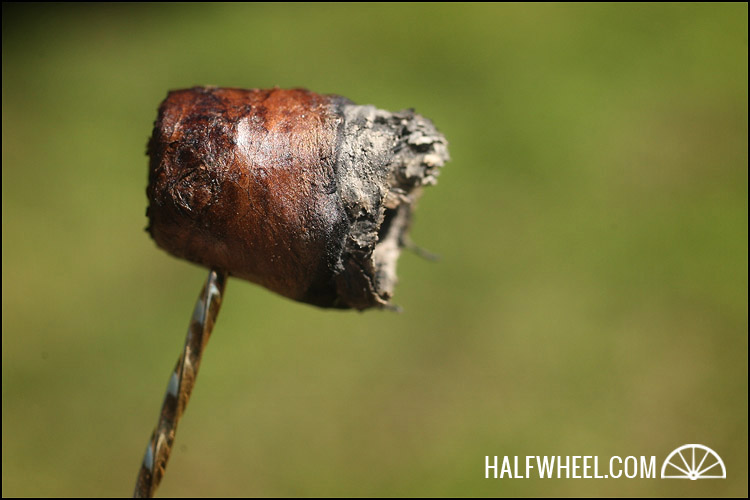 The Cohiba Gran Reserva was one of the best cigars I have ever smoked and subsequent smoking of them reaffirmed that fact. So I was interested to see if the Montecristo Gran Reserva would be close to as good. Well, it was somewhat close, but (if you will pardon the tired pun), no cigar. While it has a great profile and is quite different from a regular production Montecristo No.2, the muted flavors in the second half (more so the final third specifically) were surprising. While there was no doubt I would buy more of the Cohiba Gran Reserva after smoking a few of them no matter what the price, I just don't feel the same about the Montecristo. Don't get me wrong, this is a very good cigar with a very good profile (and the final score reflects that), but I am just not convinced it is worth the time and money it takes to get them compared to any number of the other near legendary Cubans. Having said that, the Montecristo Gran Reserva No.2 Cosecha 2005 is easily good enough to purchase if you run across some.