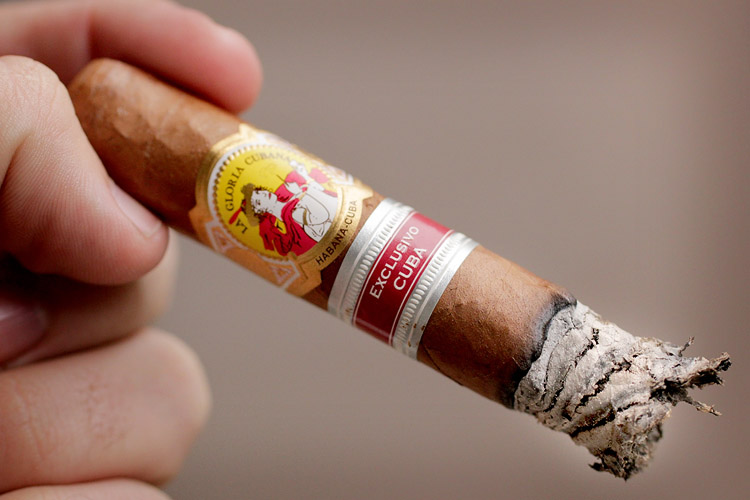 In 2009, Habanos S.A. released a new La Gloria Cubana release made solely for Cuba. Launched under its Edición Regional banner, the La Gloria Cubana Deliciosos was the first, and is to this day the only, ER for Cuba. Known more for its packaging and pricing, like many ERs, the Deliciosos found its way out of Cuba pretty quickly.

La Gloria Cubana was originally launched in 1885 before lapsing in 1959. It reemerged around 1965 and is currently considered a Local Brand for export only, meaning it has limited availability around the world. The tobacco comes from the Vuelta Abajo region of the Pinar del Rio province in western Cuba. Unlike other ERs, the Deliciosos is a pretty simplistic vitola, Corona Extra/Hermosos No.4, from a brand that doesn’t have the largest and most prominent following. However, Habanos S.A. presented the Deliciosos in jars of 25 cigars. Combine the unique packaging with the special role of being Cuba’s first ER and the La Gloria Cubana Deliciosos became a highly coveted release as soon as it was released in early 2010.

The jar is simply gorgeous – a beaming white canvas makes the La Gloria Cubana logo absolutely pop, and everyone who has seen it in person is floored by its beauty. Having passed on numerous other jar offerings (the Partagas P1, the H. Upmann Noellas, et al.), this one was too gorgeous to let get away.

The wrapper seems fairly delicate with a uniformly brown color except for a small water spot behind the band on one of the cigars. There’s not a whole lot on the pre-light aroma: a bit of cracker (think sticking your nose into a box of Ritz), a touch of butter and just a faint hint of wood. However, the cold draw is spot-on with a more robust flavor profile that provides substance to the notes picked up through the nose.

There’s a sour, bitter note that leads the Deliciosos off — the kind of sensation that makes your tongue curl up and try to pull back into your throat. Not the best start to the first third of this cigar, but fortunately it subsides fairly quickly. There’s not a lot of pepper here, but rather a medium bodied smoke that can’t make up its mind as to when to open up.

At the midway point of the second third, a nice blast of pepper and body comes out of nowhere – to this point, the cigar had seemed to be largely a disappointment, lacking flavor and character. This wasn’t a case of expecting magic from a single cigar, either – it was downright boring. If you’d have given this to me blind, I’d figured it was another new release from one of the big manufacturers – there’s nothing that makes me think this is a Cuban cigar at this point.

In the final third, the spicy, peppery note returns right when the band is taken off, marking a change to what seems to become a different cigar. The smoke volume picks up, the flavors become richer, fuller and spicier before taking a real bad turn for the worse in the final puffs as they get hot and bitter and the cigar needs to be put down.

In my mind, this was the perfect cigar: small ring gauge, a lucky find at a gorgeous hotel in Havana, limited production, gorgeous packaging, etc. Then I lit one up and all those thoughts went out the window. Would I buy it again? Absolutely. If subjectivity and sentimentality factored into our scores, this would get a lot higher of a score because of where I bought it, my good fortune in even finding it, and the fact that the jar is a gorgeous piece of art – but the fact of the matter is that the La Gloria Cubana Deliciosos has a long way to go before becoming an objectively great cigar.