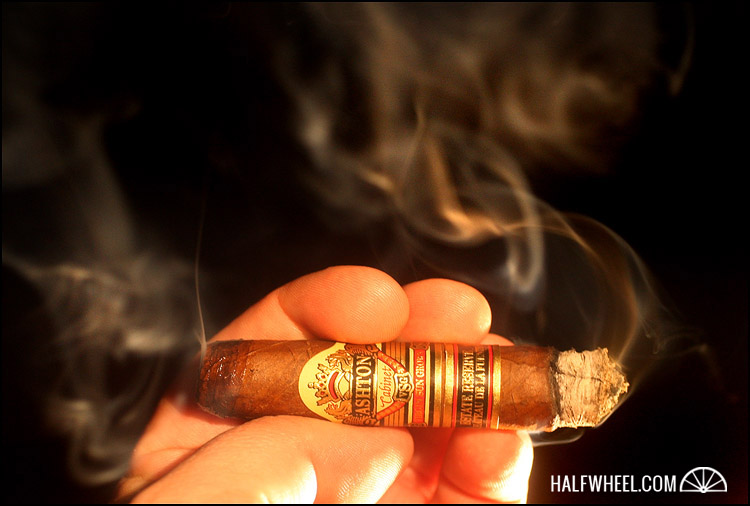 In 2001, Prometheus and Ashton teamed up to release the Ashton VSG Estate Reserve, or VSG ER, a hybrid cigar that took the Dominican Chateau de la Fuente Sun Grown Rosado wrapper from the Fuente Fuente OpusX line of cigars and the filler and binder from the VSG line of cigars.

The VSG ERs were released in a total of 200 humidors that were offered in four (green, blue, red and yellow) different colored humidors, There were only 100 of the VSG ERs (in different sizes) included in each humidor, which means that there were only 20,000 total VSG ERs released. These cigars were sold only with the humidors, so you had to purchase the entire humidor at a price of $4,999 each in order to get the cigars themselves. 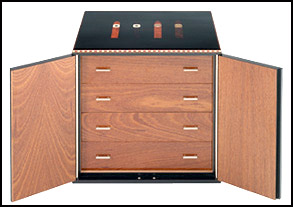 There were nine different vitolas of the VSG ER released and each vitola came in different numbers in the humidors, making it a bit confusing. But below is the production info. There is a noticeable discrepancy between the sizes that were posted on Vitolas.net and the sizes in the official release from Prometheus. Ashton claims that the sizes are the same as the regular VSG sizes, except for the two special sizes, meaning the info from Prometheus would seem more accurate. 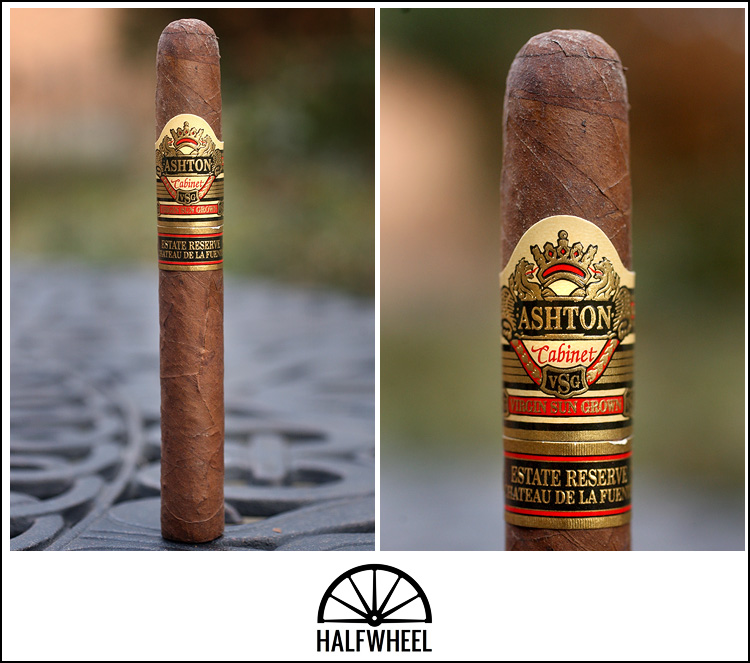 The VSG ER is a great looking specimen with a reddish brown wrapper that has a few bumps running up and down the length. The cigar is hard as a rock when squeezed and seemed slightly box-pressed. The wrapper has very little smell, cedar and pepper.

The first third starts out with a multitude of flavors: sweet floral, black pepper, leather, earth, and just a tad of spice on the lips. I was a bit taken aback by the onslaught of flavors, and they seemed to fade in and out with every puff — a wonderful start to the special Ashton. 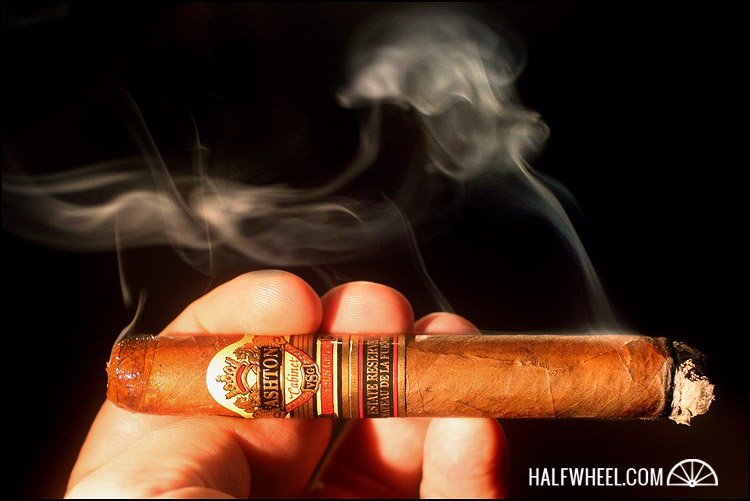 The second third continues the trend of complexity with that wonderful sweetness, floral, nutty and earthy. There was a bit more spice on the lips, and a bit more pepper on the retrohale of the Opus/VSG hybrid. Strength is a solid medium at this point, but getting stronger.

The final third is sweet and creamy all at once, with the perfect amount of spice. The flavors are perfectly balanced with less floral and more earth and nutty. The strength of the Corona Gorda picked up as well, ending at a strong medium. I was easily able to nub it, and really just did not want it to end. I was not sure what to expect from this cigar before smoking it. However, after smoking it, the VSG ER seems to combine the best of both worlds: the sweetness of an aged VSG and the spiciness, complexity and strength of the OpusX, which is not surprising, since it is essentially a combination of the two brands. Incredibly complex flavors, great draw, an ok burn and the perfect amount of spice and pepper to enhance the flavors. Is this the best Fuente cigar I have smoked? Yes, it was and that includes the Casa Fuente Lancero and the Don Carlos Lancero, both of which I love with abandon. They are expensive as hell, if you can even find them for sale, but in this case, the hype is warranted.