A new size from Carlito and a new blend from Pepín. That’s the tough life that Robert Levin, head of Ashton, has to live with. Ashton’s trademark has been a steady supply of new releases, and this year was no different. Product releases were sensible, and I guess to an extent boring. After the jump, updates to San Cristobal and VSG. 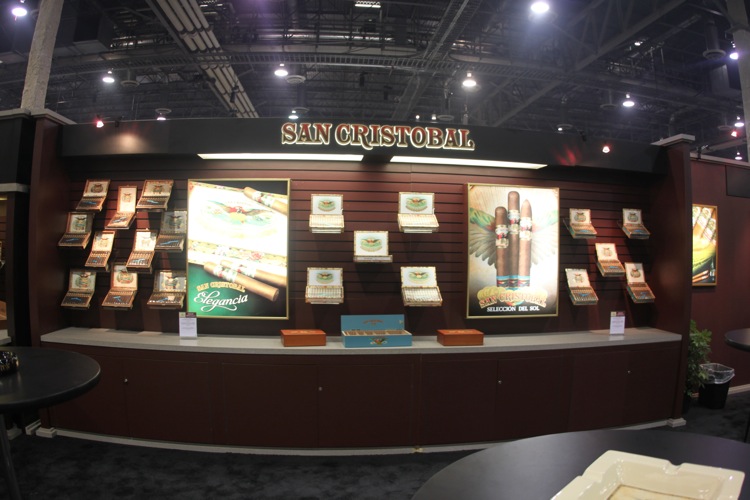 San Cristobal Elegancia
These are already on shelves. Much like Ashton did with La Aroma de Cuba last year with the launch of the Mi Amor, Ashton used a different wrapper to create its newest line, Ecuadorian Connecticut. Nicaraguan fillers and binders over the lighter wrapper, in a hope to create a rather unique profile. Ashton’s salesforce described the cigar as a mixture of classic Pepín and classic Connecticut. (To be clear, Pepín has worked with Connecticut before… 601 Black, Cabaiguan, Tabacco Baez, etc…) Ashton has their signature tasting events already planned, including a special Macallan scotch, selected specifically for the events.

VSG Pegasus
The big claim to fame for the 5 x 54 extension to the VSG line is that it is round. It joins the Wizard and tubo Eclipse as the only non-box pressed VSGs currently made. (There were VSG “Rounds” made early in the release, but that’s another story.) These are supposed to be out in September, but if you are looking for a new VSG to try, fear not… the TAA Robusto Especiales shipped shortly before the show in boxes of ten.

The new ESG was not on display, couldn’t get a comment on that pre-show rumor. — el niño diablo.