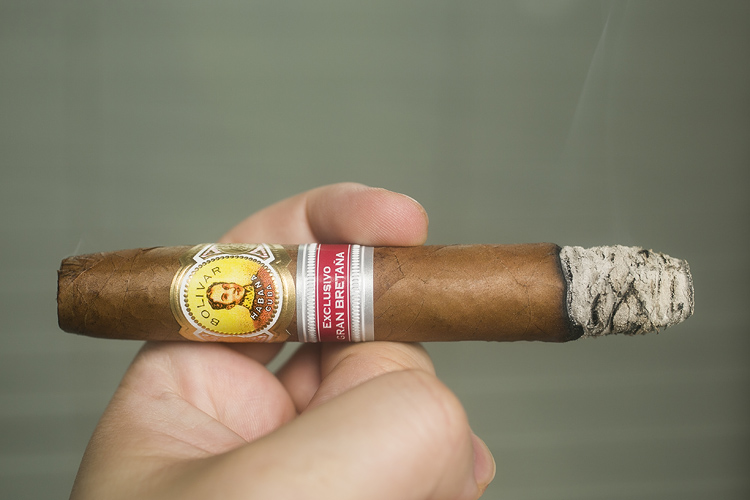 As has become tradition, the Bolivar Británicas arrived late. A 2011 Edición Regional for the U.K., the cigar didn’t arrive on shelves until April of last year. The good news is, when it arrived, the Bolivars were ready to be smoked. For all that has gone wrong with the ER program over the years, the Británicas were a breath of fresh air.

I was impressed with the Británicas when I reviewed it last July:

Bolívar is not one of my go-to brands, it just isn’t. The Británicas didn’t change that, but it definitely is going to aid in the encouragement of trying things that aren’t Royal Coronas, Belicosos Finos or Gold Medals. It’s somewhat frustrating though, because these are the types of cigars that show that there is some reason to try to the Edición Regional releases, even if the broad evidence suggests at least half, and that’s probably conservative, are absolute misses at extremely high prices. The Británicas are already nicely developed with just a hint of youth and a lot more evidence to suggest there’s plenty of improvement left, even if they are smoking rather well at the moment.

I wanted to smoke the Británicas with about a year and a half of them to see what had happened to the profile, which I found to be quite at only a few months.

I was a bit shocked how pungent the aroma is off the cigar. I didn’t recall the notes of tobacco needing processing when I smoked it last, so it was a bit odd and somewhat off-putting. My fears didn’t subside when the cold draw I took was extremely tight despite me being a bit more liberal with the cutter than my norm. It definitely wasn’t what I recalled from a year ago: zero twang, subtle chocolate, touches of barbecue, pineapple and a sharp pepper. Unique? Yes. Pleasant? Yes. Familiar? No.

The Bolivar begins with sweet brown sugar and became over a mixture of cereal and oak. The draw is extremely tight, but it’s burning well and once the nipple is cleared it loosens substantially to a point of comfortable with. There’s a heavy roasted note dominant for much of the first few inches with notes of cedar, cocoa, coffee and meatiness up front and a great mixture of butterscotch and floral through the finish on the nose. Pepper never really makes an appearance, although there are some undeveloped harsher notes, nothing quite identifiable. Towards the end, the cigar got a bit more grassy, although the roasted notes were still very much the star of the show with some added creaminess coming in. This is the fourth Bolivar Británicas I’ve smoked and all have had a pretty bizarre draw pattern. No matter how wonky the cigar starts, by the time the first inch has burned off there’s a solid chunk of ash burning straight. Yet, over the course of the next few inches, the burn strays requiring touch-ups. Smoke production is above average as far as Cubans and the temperature of the cigar remains soft. Strength-wise this was a medium cigar, definitely more nicotine present than in the past.

This cigar changed, which I thought was coming, I was just expecting somewhat of a turn for the slightly worse. The profile underwent an understandable change, the nuttiness that defined the cigar is now more of a roasted flavor. It's a more mature cigar with mature flavors, yet it's also got more strength. This is neither the most-balanced, nor most-complex cigars; rather, it has good flavors in an enjoyable format. I wish I had a few boxes of these to check-in on ever three months or so, I imagine the flavors shifts would be rapid, but logical. Much like I ended my review last time: smoking well, but more left in the tank.