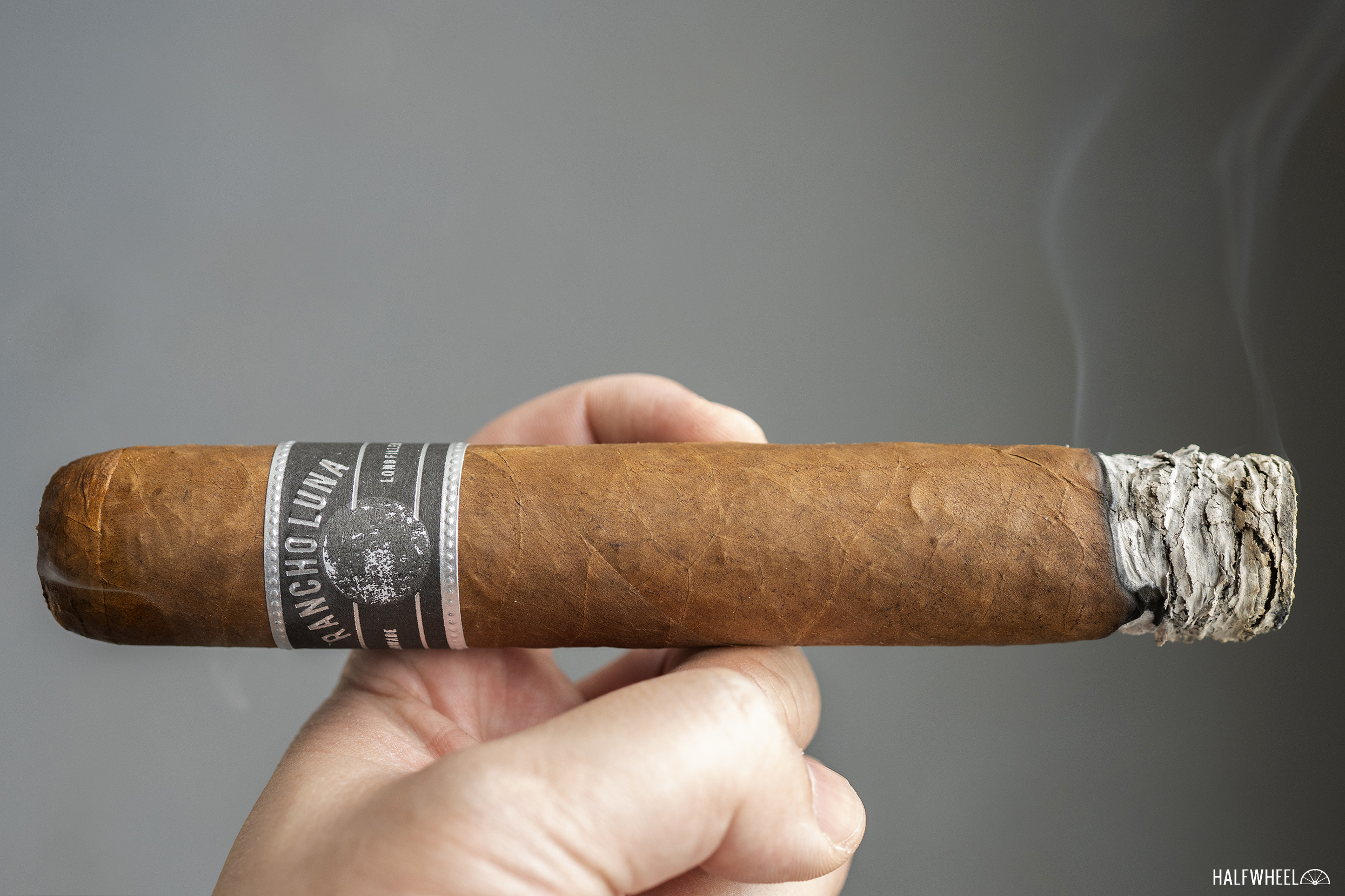 Last year, Justo Eiora of JRE Tobacco Co. told me that the company was planning on releasing a new version of its Rancho Luna line but in bigger sizes.

Given that the regular Rancho Luna line is offered in a 6 1/2 x 60 vitola, it seemed fair to question just how much bigger things could get. As it turns out, a half-inch longer and quite a bit thicker.

In January, the company formally announced the Rancho Luna Grandes, a new Honduran puro that uses a habano wrapper and corojo fillers.

The cigars debuted at TPE 2020 in January and began shipping in February, though as with all things 2020, it seemed like it took a little bit longer for it to show up at a number of stores due to the coronavirus COVID-19 pandemic. 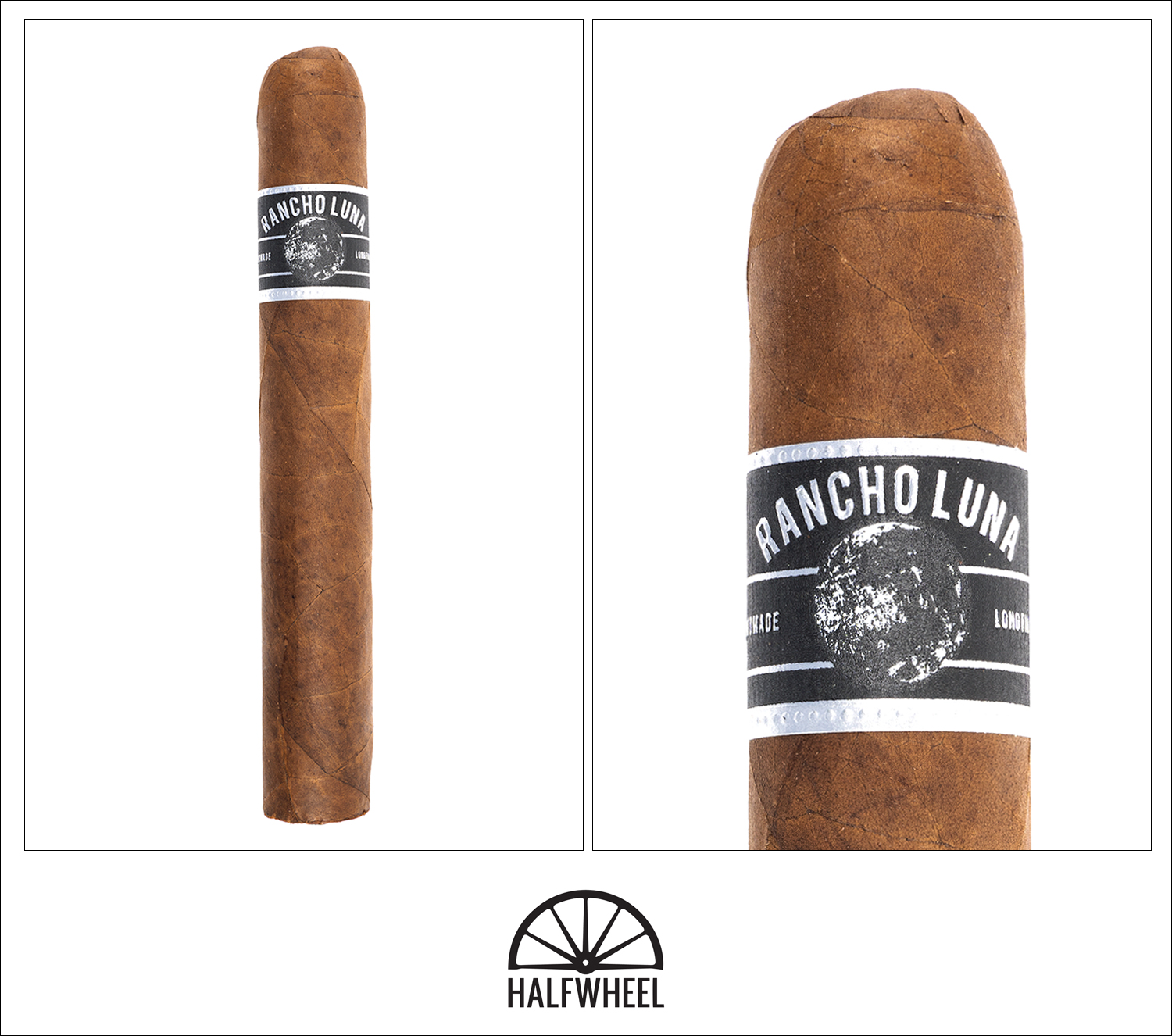 It is challenging to believe that this is the smaller of the two vitolas for the Rancho Luna Grandes. I’d also be lying if there wasn’t a series of expletives running through my head, as well as genuine questions about why so many people seem to enjoy smoking cigars of this size. I think it’s also worth pointing out that outside of one of the world’s most expensive cigars, I can’t think of another similarly-sized cigar that isn’t some sort of value-oriented product. As such, it’s not surprising that the wrapper doesn’t show any obvious issues but is far from the best-looking leaf I’ve ever seen from JRE. Aroma from the wrapper is medium-plus with leather, some barnyard and a fair bit of ammonia. The foot is full and hits my nose with quite a bit of pound cake. Behind that, there’s something that reminds me of morning dew, oranges, some creaminess and ammonia. That distinct pound cake flavor shows up on the cold draw with a much more pronounced vanilla flavor. There’s a bit of black pepper and some sort of artificial sweetness on the back end of the cold draw, which ends up around medium-full.

I typically use a single-flame torch for reviews, but not this time. I grab the Colibri Quasar Table Lighter and immediately the room smells like a typical cigar lounge. That same flavor I found on the aroma—a mixture of woods, tobacco and toastiness—makes it into my first puff, though the standout is a toasty earthiness joined by some creaminess. In the first inch, there’s a very distinct flavor that reminds me of seasoned sushi rice, but sadly it only sticks around for about 10 minutes. Eventually, the profile settles on earthiness, salty leather and a mild amount of cinnamon on the top of the mouth. Retrohales are dry with earthiness on top of some raspberry sweetness and ammonia before a finish of pepper and a not-so-great creaminess. Without retrohaling, the finish is more appetizing, starting with earth before citrus, toastiness and some of that cigar shop-like smell. Throughout the entirety of the first third, there’s an interesting dynamic when it comes to how the smoke makes my mouth salivate, which changes with both the amount of smoke I take in and when I let it go. Flavor is medium-full, body is medium and strength is medium-plus.

The Rancho Luna Grandes gets much earthier in the second third. Just as I think it can’t provide any more earthiness, around the halfway mark, it’s an even stronger profile. Underneath that is oatmeal, creaminess and saltiness, the latter of which is only on the tongue. Retrohaling adds even more earthiness along with minerals and burnt coffee. The finish is a deep, salty earth mixture before some generic pepper takes over and lasts until I take another puff. Flavor is full, body is medium and strength is medium-plus. As with most cigars of this size, the draw is easy and the smoke production is massive. Each cigar needs a touch-up in the middle portion due to an uneven burn. There’s not any massive change in the final third and I’m also not sure there’s much in the way of new flavors. Instead, the profile just seems to lose individual flavor sensations as the Rancho Luna Grandes gets closer to its end. In some ways, that’s addition by subtraction, but most of the addition seems to be earthiness. The saltiness holds on through the two-inch mark but disappears with an inch left. I can still find oatmeal and white pepper, but even retrohales with an inch left aren’t able to deliver much beyond earthiness. The finish has some acorns and damp earth, two flavors I didn’t pick up earlier, but it’s very much in line with what’s otherwise been an earth bomb. Flavor finishes medium-full, body is medium-plus and strength is medium-plus. Construction is fine until the end though there’s a declining smoke production, particularly with an inch left. The Rancho Luna Grandes isn’t a cigar that I’m looking forward to smoking again anytime soon. That is exclusively due to its most noticeable trait: the size. It’s impossible to look past, but if I had to evaluate the cigar based on everything other than its massive vitola, it is otherwise fine. As with most cigars of this size, it’s very reasonably priced, the flavor is decent—though very earth heavy—and the construction is pretty good. Almost every cigar manufacturer I’ve ever spoken to has told me they, “don’t smoke 7 x 70s” and I imagine making it 64 ring gauge isn’t changing that fact. As such, it shouldn’t be surprising this isn’t the most complex or appetizing of flavor profiles, but a beverage or two will help to break up the monotonous flavor. Given the value proposition, I suspect that it won’t matter to most who are remotely interested in purchasing the cigar.