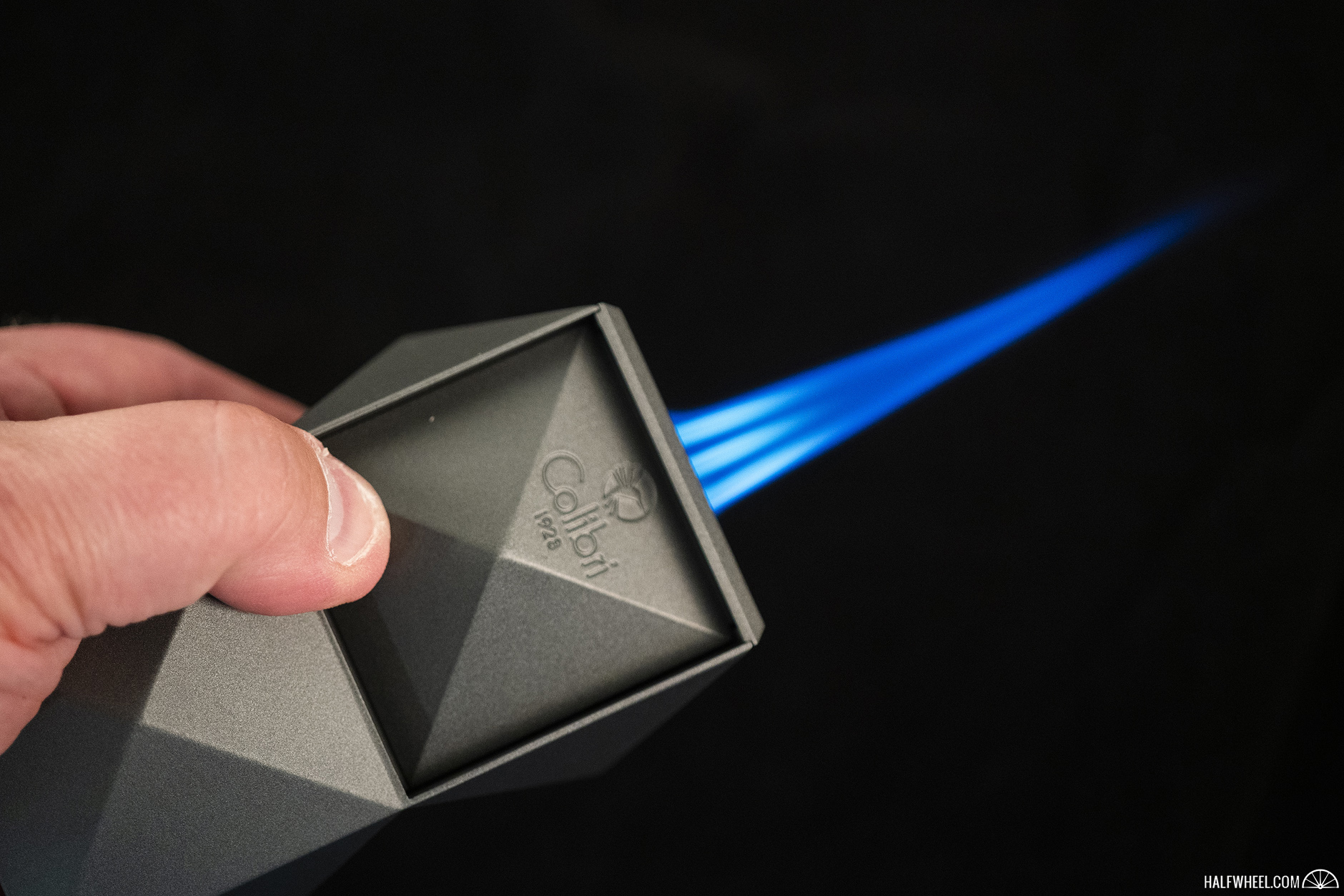 There are a lot of cigar accessories on the market, but there are only a handful of true accessories collections. One of those is the Colibri Quasar.

The Colibri Quasar line debuted in 2014 by way of a limited edition humidor created with Daniel Marshall, notable not just for the collaboration but for its exterior design which featured small pyramids on every face except the bottom, and which drew inspiration from the hobnail pattern on the vintage 1960s Colibri Moletric lighter.

Limited to an initial run of just 100 pieces, the humidor was a showpiece that came with a $1,250 price tag. It was also a marker in the more recent history of the company that reflected a push towards innovation and quality, which could be argued had not been happening in the years before. Additionally, it would be the first piece in what would grow to be a complete line of accessories.

Then at the 2019 IPCPR Convention and Trade Show, Colibri released what could be seen as the final piece: a tabletop, triple torch lighter.

While the hobnail design had already been applied to an existing lighter, the Colibri Quasar Table Lighter ($150) is certainly the boldest rendition to date. The body is essential two of the Desktop Cutters—themselves just large hobnail patterns with a base— and stacked them on top of one another. The lighter stands just under 4.5 inches tall, and while the base and top panels are about 2.1 inches square, the pyramids stick out to make it about 2.75 inches square at its widest.

It weighs in at a hefty 29.3 ounces (832g), just under two pounds, making it one of the heaviest lighters on the market.

In addition to the gunmetal color shown here, the Colibri Quasar Table Lighter is available in black, silver and red. Each comes with a two-year limited warranty.

From a practical stand point, it is a tabletop triple torch lighter. It comes with the standard features of such an item, meaning an oversized flame adjustment wheel on the base as well as two large, blue-tinted fuel windows that show how much butane remains in the tank. It offers a single action ignition that is engaged by pushing the pyramid on the top row that is marked with the Colibri logo.

As that pyramid is pressed down, the two sides of the trap door lid slide backward, butane begins flowing, with a spark from the piezo ignition setting the fuel ablaze. The two outer flames are angled slightly inward, creating a sizable yet focused flame that is best suited to larger ring gauge cigars but which can successfully light a slender cigar without scorching the sides. 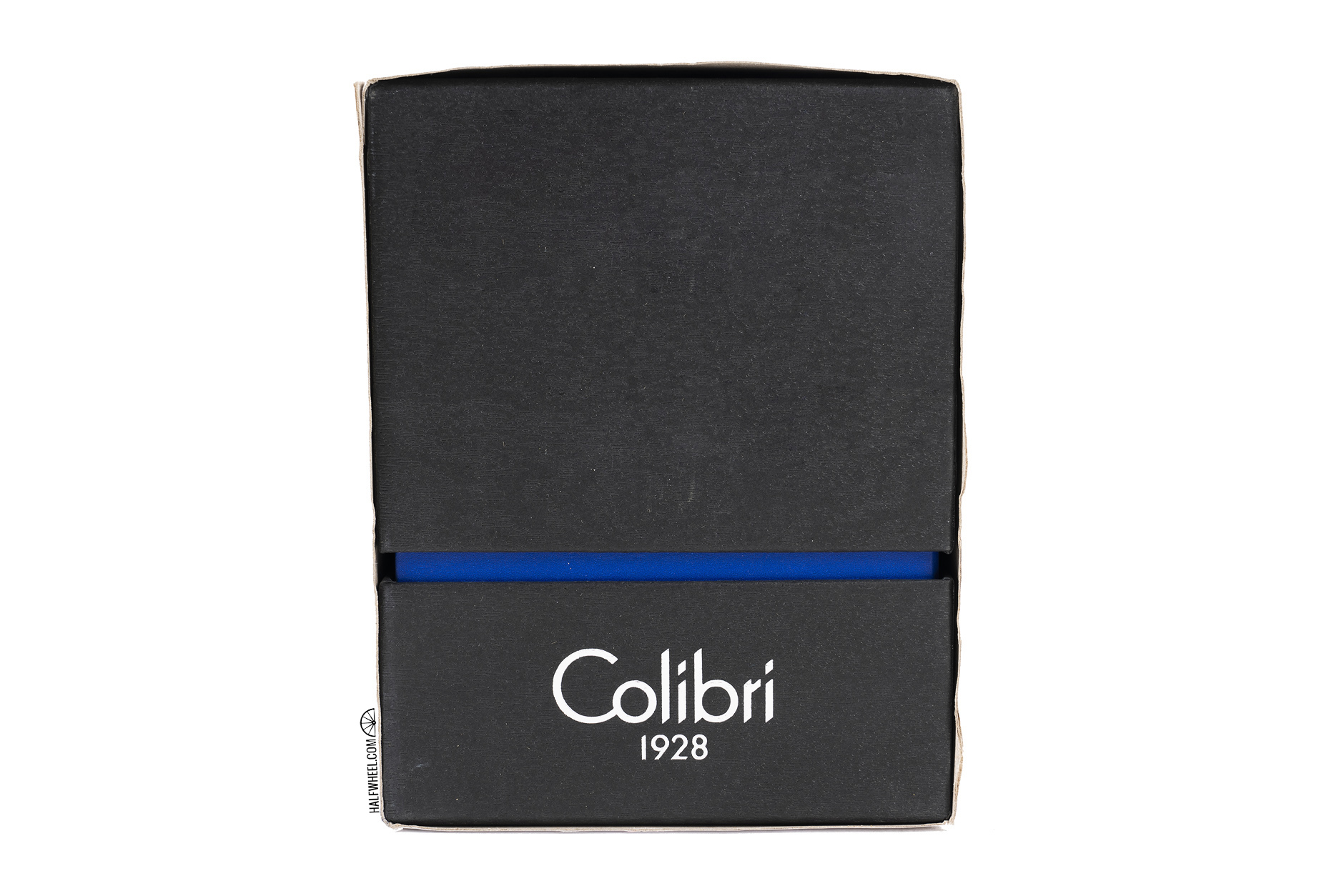 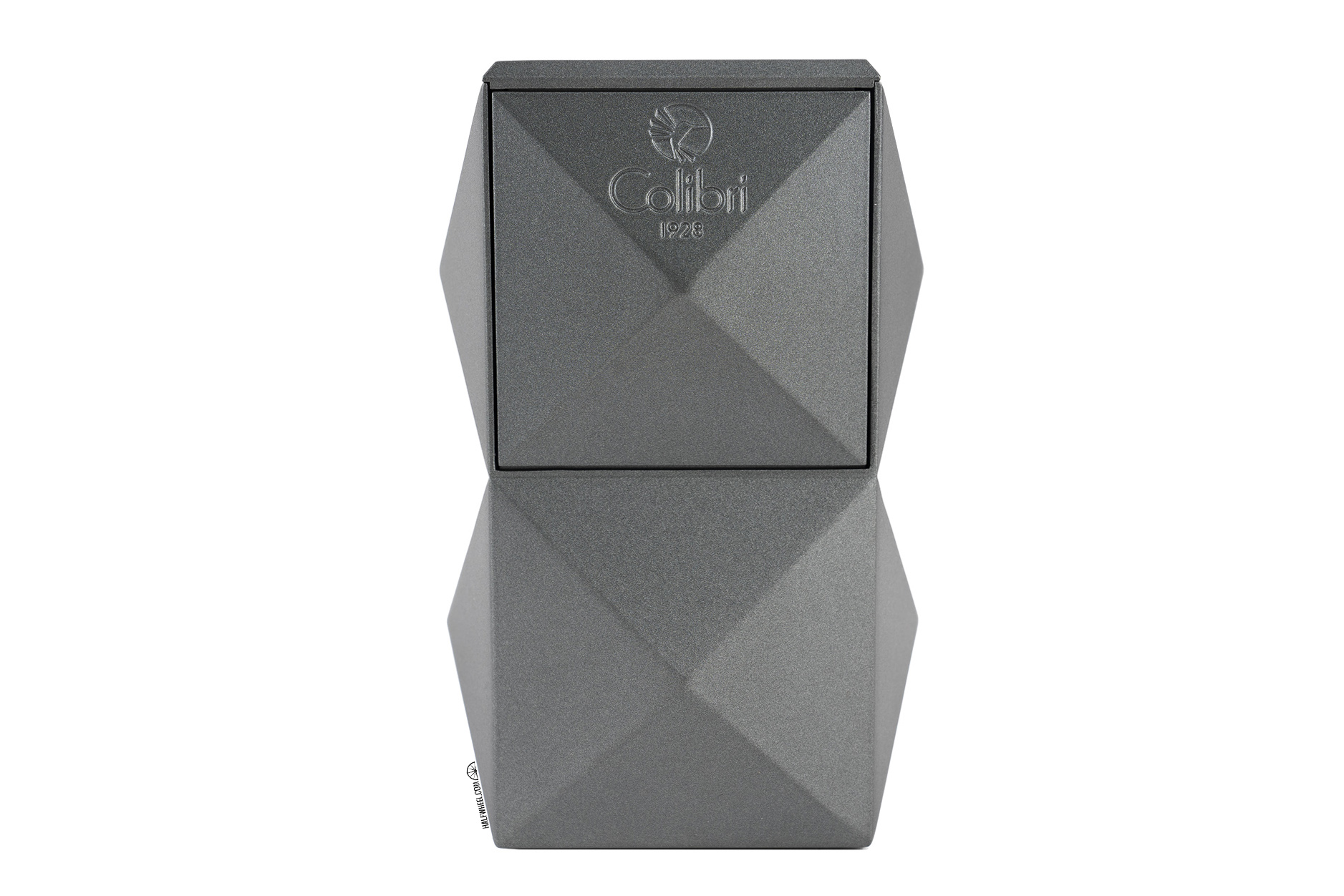 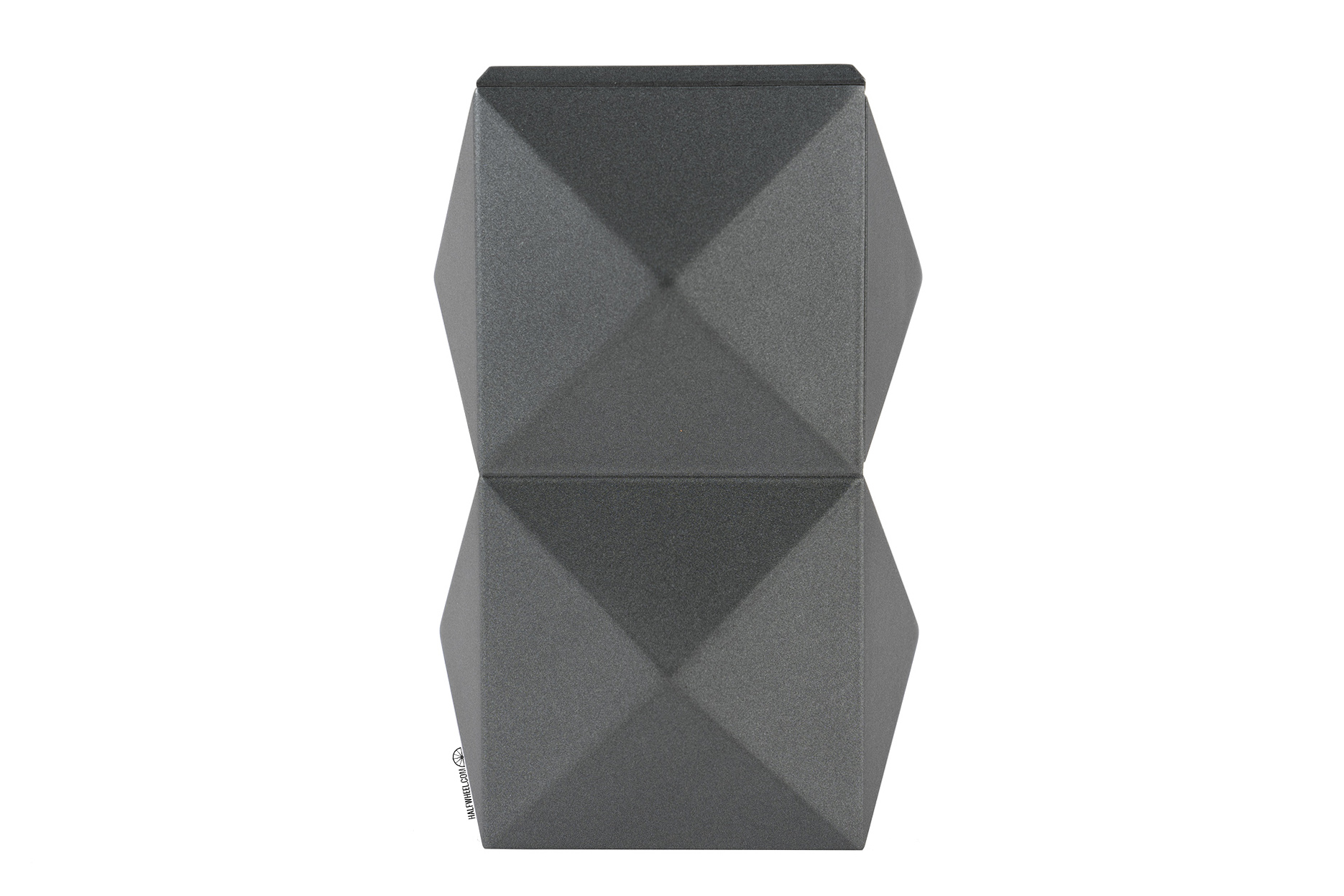 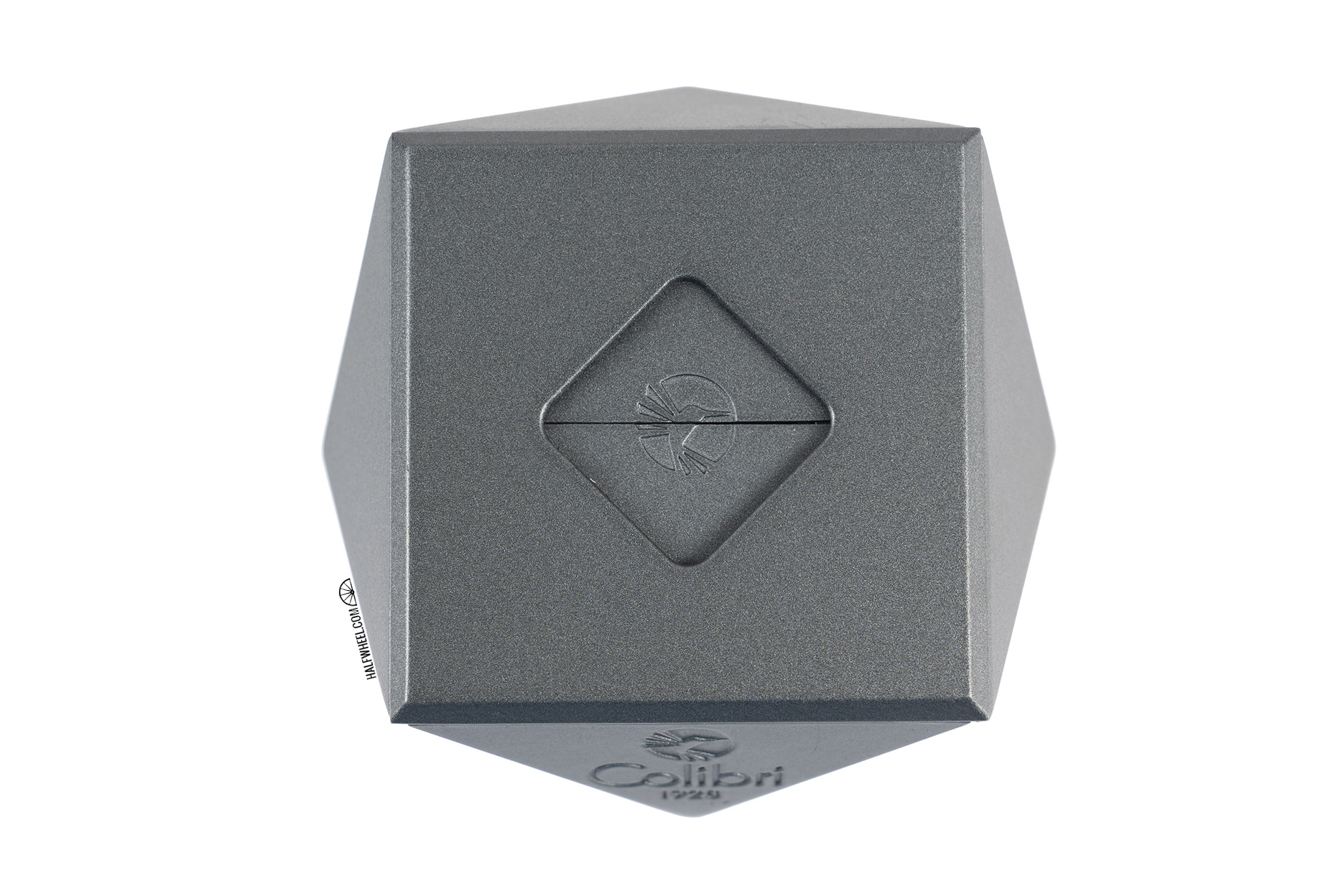 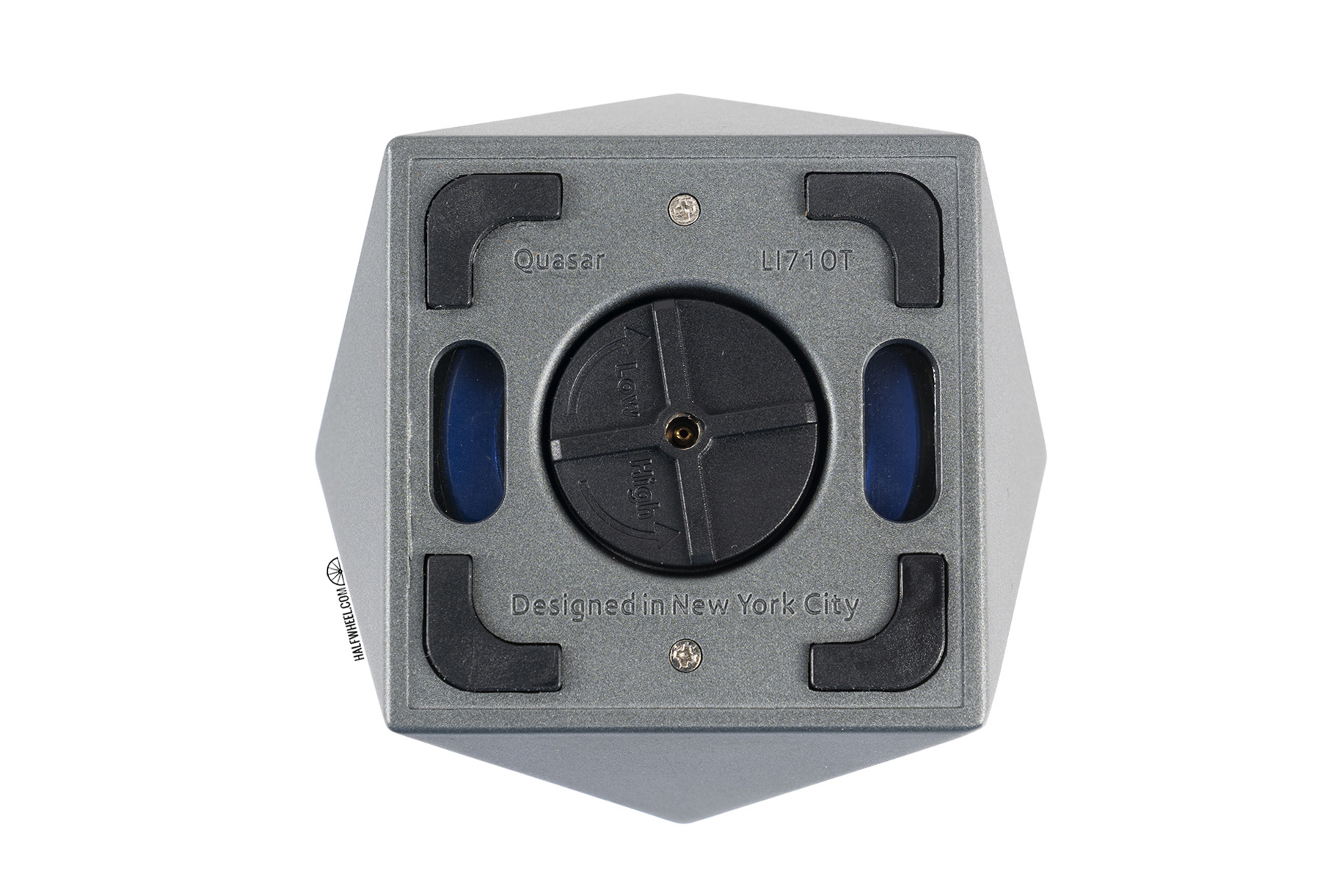 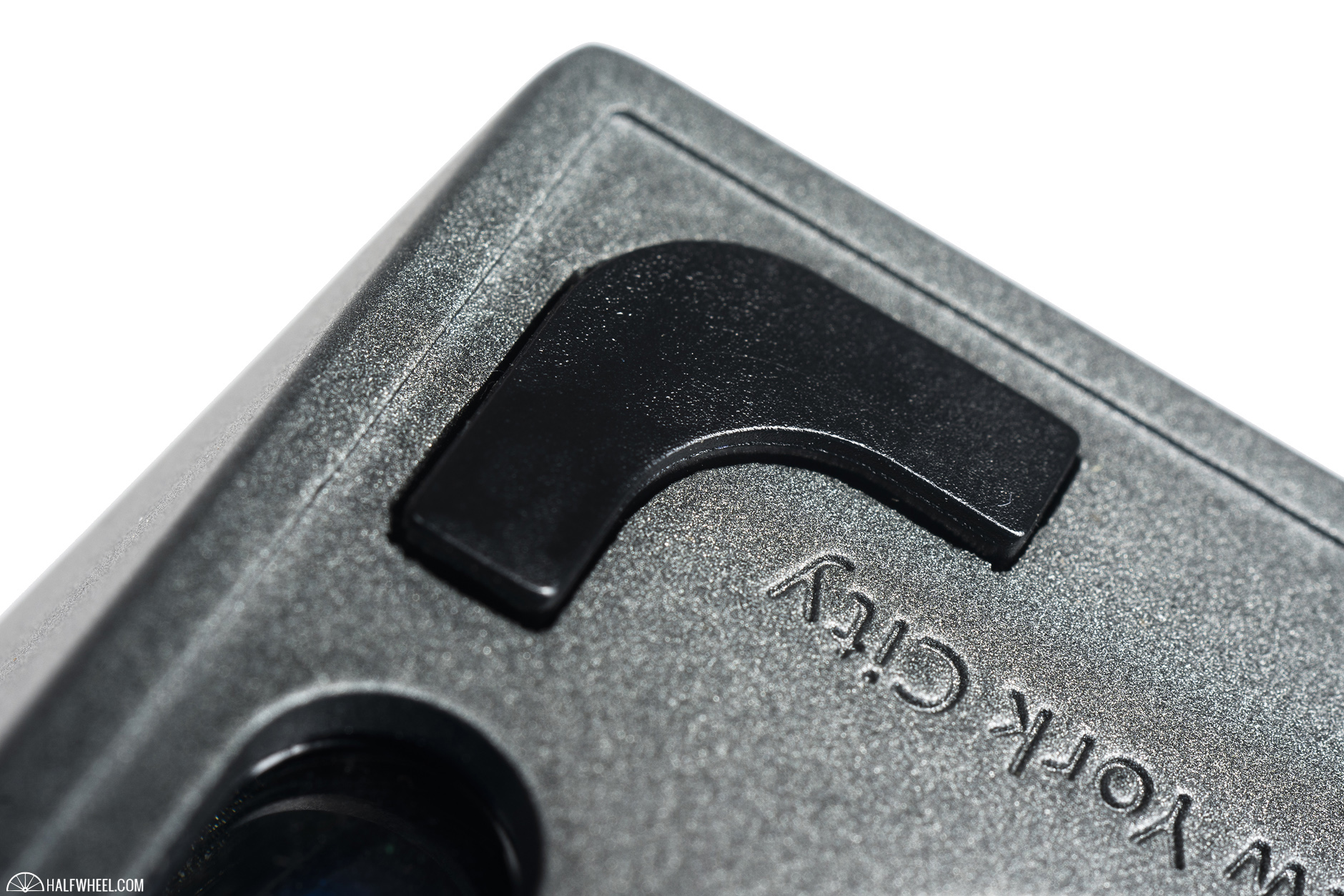 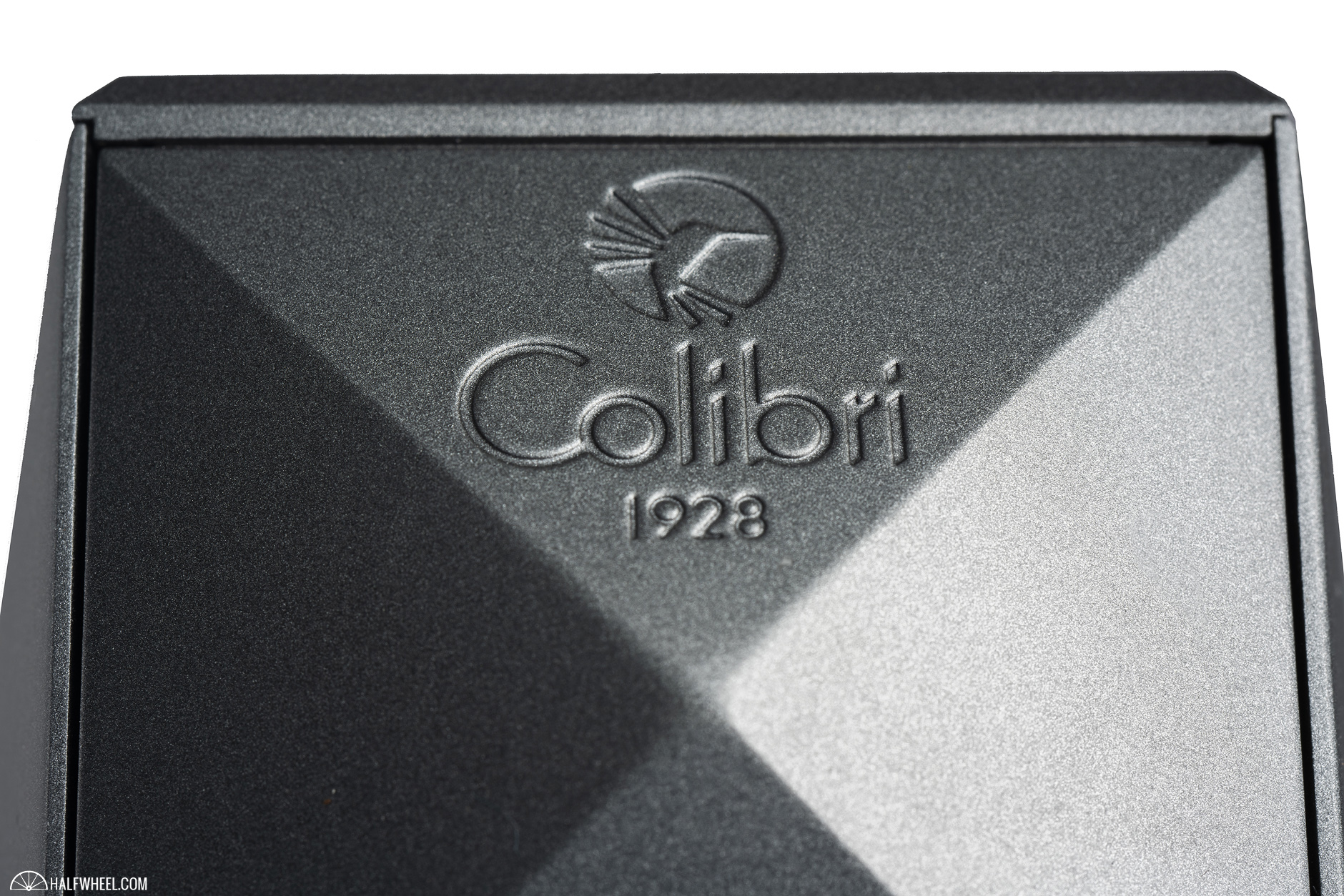 Quite simply, the design. Unless you have a thing for big, heavy lighters, odds would seem to be good that you’re buying it because you like the Quasar design—which is a perfectly good and valid reason to purchase it. As with most lighters, finding competition for the Colibri Quasar Table Lighter depends on what the biggest priority is for you: the three torches, the design, or the fact it’s a tabletop lighter. Yes. From the moment I first heard about the Colibri Quasar Table Lighter, I was intrigued to see if the guts would hold up to the design, which I’m happy to report that it did. Yes, it’s big and heavy, and if you don’t like the design, the best performance in the world probably wouldn’t make it appealing. But if you like the design as I do, knowing that the performance holds its own should seal the deal. Even with its size, it is easy to use, easy to adjust, and easy to refill, which means that when I look at it, I see a lighter I actually want to use. I’ll admit that the design may not be for everyone, but if it is, the function more than backs up the design.