While there will not be an abundance of new products, Quesada’s plans for this year’s IPCPR convention and trade show include a few changes to its product offerings. Carrying on with its updates to Oktoberfest and Big Bang sampler, the Dominican-based company will introduce a new chest for its Heisenberg line. 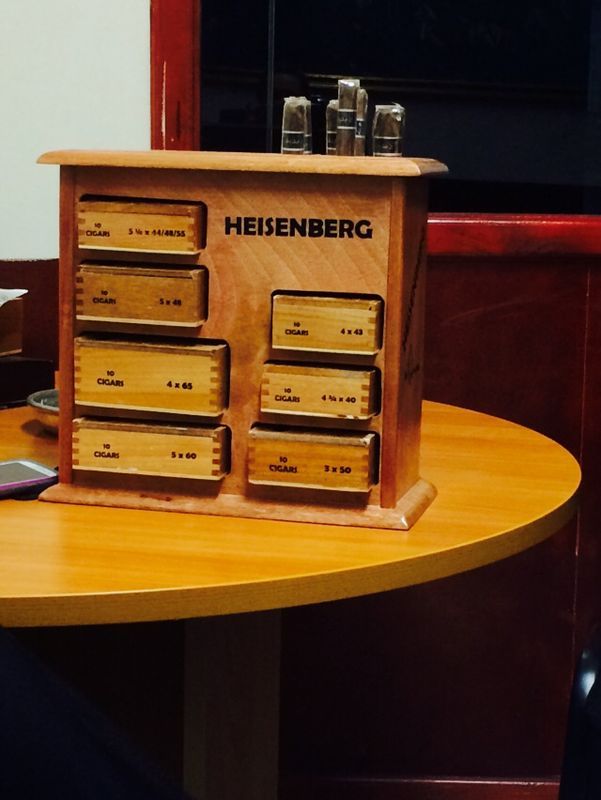 Heisenberg is a line made at Quesada Cigars in the Dominican Republic, offered in seven regular sizes with none of the blend details disclosed, keeping up with the lines theme regarding the Uncertainty principle.

In addition, the company will have a full launch for the Trelos Psaria line, a product made in partnership with Charlie Moore, a television fishing personality. The company debuted the product in late March, although it’s been limited to the northeastern region.

Retailers wanting to get a taste of the Quesada Selección España line will have their chance. Quesada has created a trade show incentive for retailer that will allow any account to purchase three boxes each of the Quesada España Corona, Robusto and Short Robusto. Currently, the cigar is offered regularly in less than 20 accounts.

One thing that will not be at the trade show is a 2014 version of the Tres Reynas, a collaboration project between sisters Patricia and Raquel Quesada and Janny García of My Father.

The cigars, which debuted in 2012, are made by the cigars in Estelí, Nicaragua and distributed by Quesada. For the past two years, the Quesada has shown off the limited edition line at the trade show. Terence Reilly, general manager of Quesada Cigars, told halfwheel the project is on hold due to the business of both companies. Earlier this year, Quesada launched its 40th Anniversary line. For its part, My Father recently launched the La Antiguedad line and is preparing the My Father Connecticut for this year’s trade show.