One of the thinnest long-filler cigars is now heading to stores. Terence Reilly of Quesada Cigars informed halfwheel, the company began shipping the new Quesada Petites, a 4 x 25 cigar that uses Dominican long-filler and an Ecuadorian Connecticut wrapper. 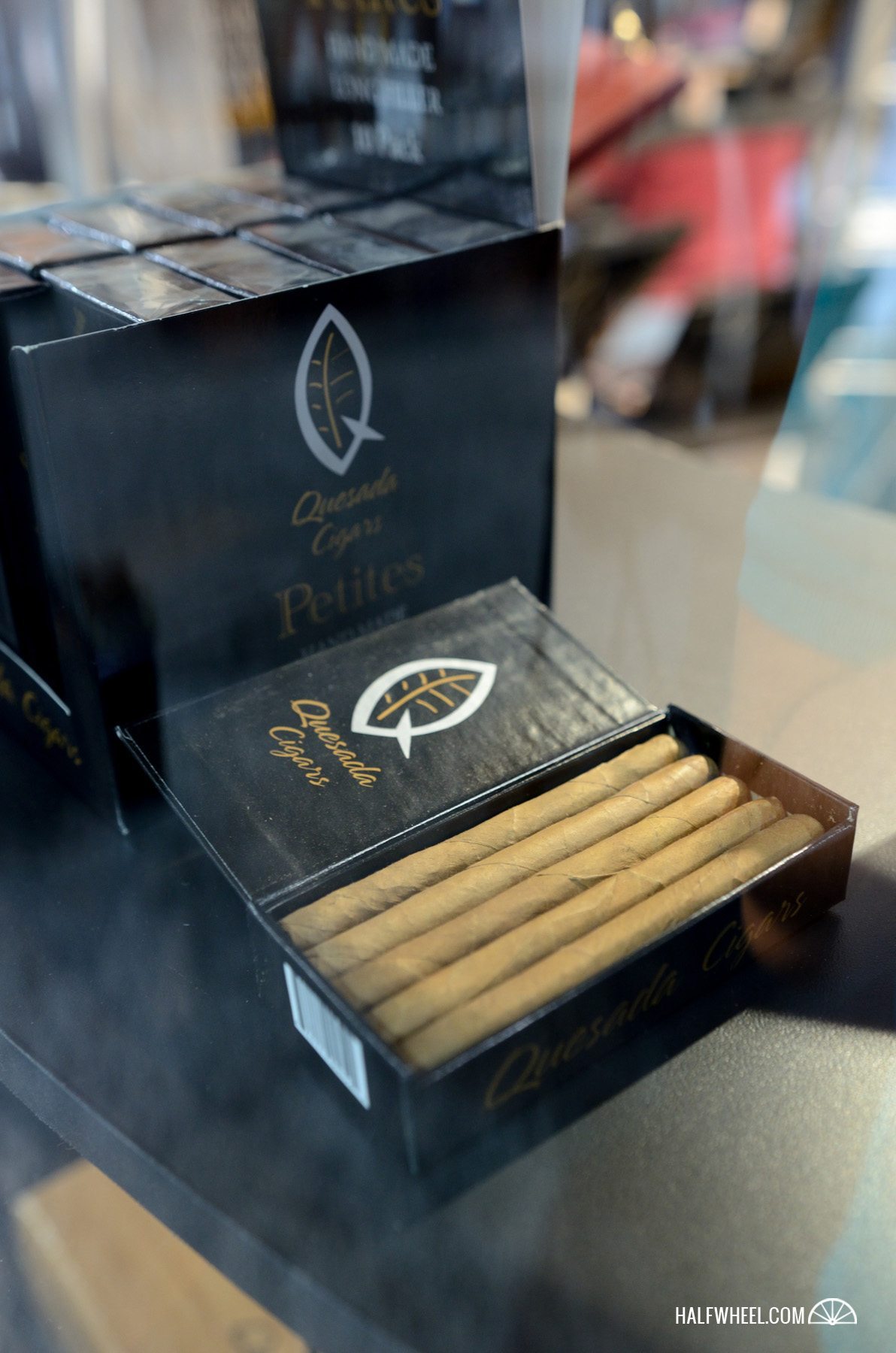 The company showed off the new cigar at last month’s IPCPR convention and trade show alongside a new look for the company’s annual Oktoberfest release, which began shipping Aug. 6, a big ring gauge sampler and a new display tray for the Heisenberg line. The Big Bang sampler and Heisenberg trays have also shipped as of this week.

Quesada Petites come in soft boxes of 10, which retail for $11. It will ship to retailers in sleeves of 10 boxes, or 100 cigars.