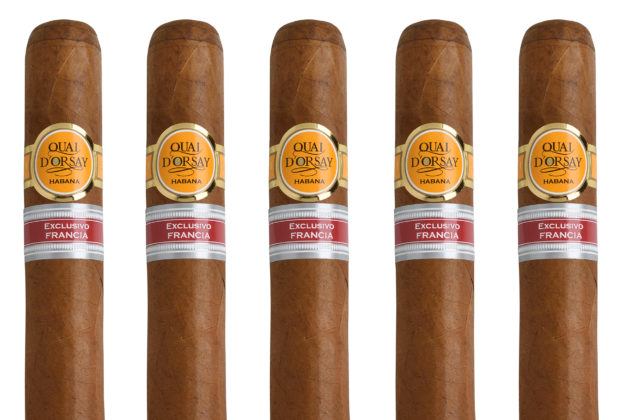 A new Edición Regional for the Quai d’Orsay brand will be coming to France by the end of the year, and it’s the biggest one in the marca’s portfolio.

The Quai d’Orsay Capitolio is a double robusto that measures 6 1/2 inches long (164mm) with a 54 ring gauge, a size known as the Sublimes that has been used for a number of Edición Regional releases as well as a pair of La Casa del Habano exclusives, the La Gloria Cubana Inmensos and the Bolívar Libertadores. It will be priced at €18.30 ($21.17) per cigar and offered in 10-count, individually numbered boxes. SEITA, the exclusive distributor of the brand in France, has commissioned 15,000 boxes to be produced, which are being produced at the Partagás factory.

The company picked the name as a tribute to one of the most famous buildings in Cuba, the Capitolio, which had been home to the country’s government from 1929 to 1959 and is now home to the Cuban Academy of Sciences.

This is the fifth Quai d’Orsay Edición Regional for France, joining the Robusto Embajador in 2011, the Belicoso Royal from 2013, the Robusto Diplomático in 2015 and the Secreto Cubano from 2017. The brand has been used for just one other Edición Regional release, 2011’s Superiores, which was for the Asia Pacific region.

The Quai d’Orsay marca also has three regular production sizes, the Coronas Claro, No. 50 and No. 54.

The brand, which recently underwent a makeover as part of plans to expand its distribution around the globe, was created in 1973 at the request of Valéry Giscard d’Estaing, who was the country’s Minister of Finances at the time before going onto be President of the French Republic. He asked the country’s tobacco monopoly why there was no French cigar, and as a result a request was made to Cubatabaco, whose chief blender crafted a new cigar that would come to bear the name Quai d’Orsay, named for the wharf along the Seine where the tobacco office was located. It remains the only brand made completely in Cuba at the request of another country and is known for having a lighter body and flavor profile, designed to be in line with French staples such as Champagne and foie gras.