Cigar smokers in Switzerland can now purchase the latest Edición Regional made for the country, as the Punch Supremos was released to retail this week.

The cigar is a robusto extra that measures 6 x 53, a size commonly known as the Sobresalientes, which has been used for a number of other regional releases, including the Por Larrañaga Sobresalientes that was created for Great Britain in 2014. A total of 50,000 cigars are being produced, split into 5,000 boxes of 10 cigars priced at CHF 250 each, or approximately $258. 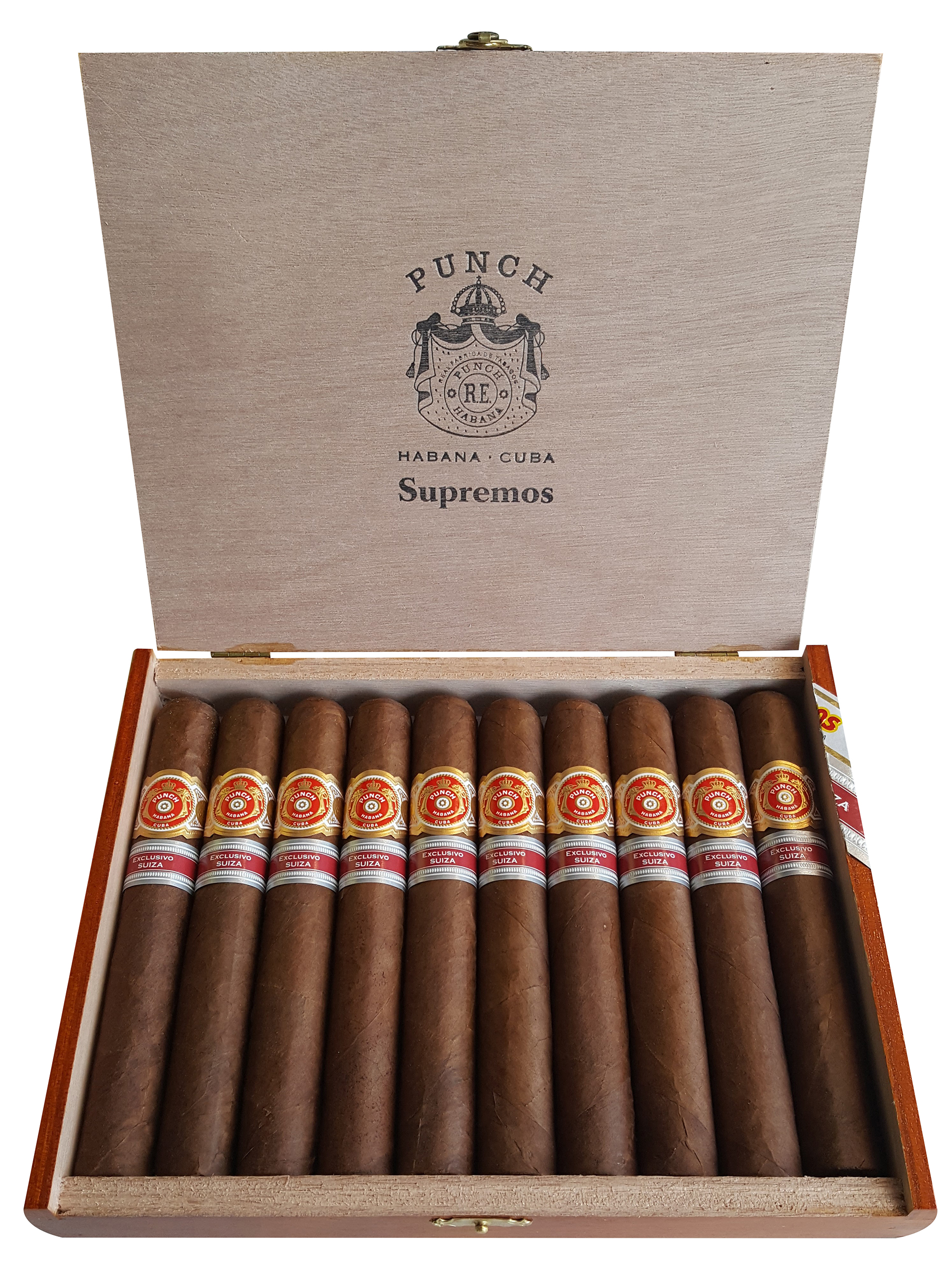 A handful of consumers got a look at the cigar last October during the country’s Habanos Day 2015, though a release date wasn’t yet known. At the time, a representative of Intertabak AG, the distributor of Habanos S.A. products in Switzerland, told halfwheel that 100 commemorative humidors are also bring produced, each holding 50 cigars taken from the overall production. An update on those, including price and a release date, has not yet been provided by Intertabak AG, though they remain in the plans.