As is tradition for Procigar, the event will conclude with Friday night’s gala and charity auction. This year’s auction proceeds will be donated to three different charities: A Home for My Family, the Hospicio San Vicente de Paúl and the Voluntariado Jesús con los Niños.

This year’s auction differs a bit from year’s past in that there are a wide-range of auction items that aren’t humidors donated by cigar companies. That being said, Procigar’s members have each donated humidors for the auction. Oftentimes referred to as a “Panama hat,” this hat actually comes from Ecuador. It’s handmade by weavers and finished off with a black ribbon. For the second consecutive Procigar festival, Fabian Barrantes has a piece of artwork included in the auction. This year’s item is a 30 x 40 inch painting that uses acrylic and 24-karat gold dust. Also included is an “NFT video of its creation.”

As the world lived through some rough months during this pandemic, the world of tobacco has come together to service its aficionados with one of our most cherished products, Cigars! This painting symbolizes the unity of tobacco leaves surrounding the world with the focal point in Santiago the epicenter of manufacturing tobacco. 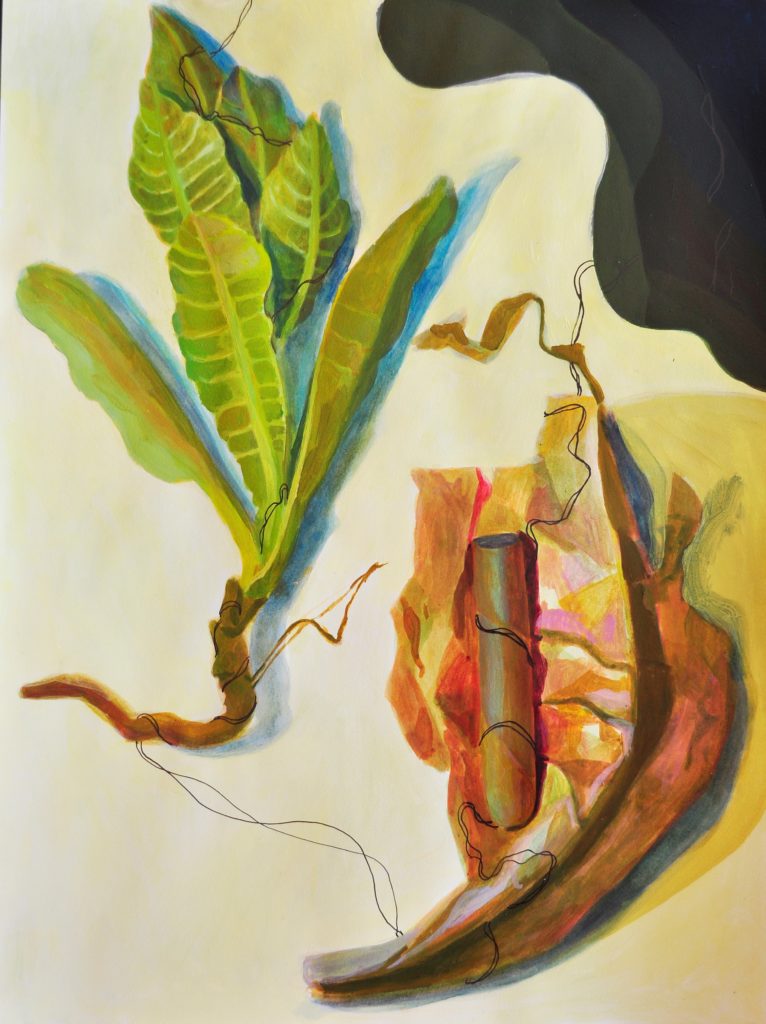 “Connection with the Ancestors” by Lizander Jiménez

Lizander Jiménez is a graduate of The Altos de Chavón School of Art and Design. This painting was used to help create the design for the cigar box that will be given to each attendee of Friday night’s gala dinner.

This humidor from E.P. Carrillo will come with 198 total cigars from these three brands: The Quesada family’s item is a cedar humidor that contains an acrylic painting from Pragmy Marichal, whose art was included in the Vega Magna box.

Inside the humidor will be 120 Casa Magna Liga F cigars. 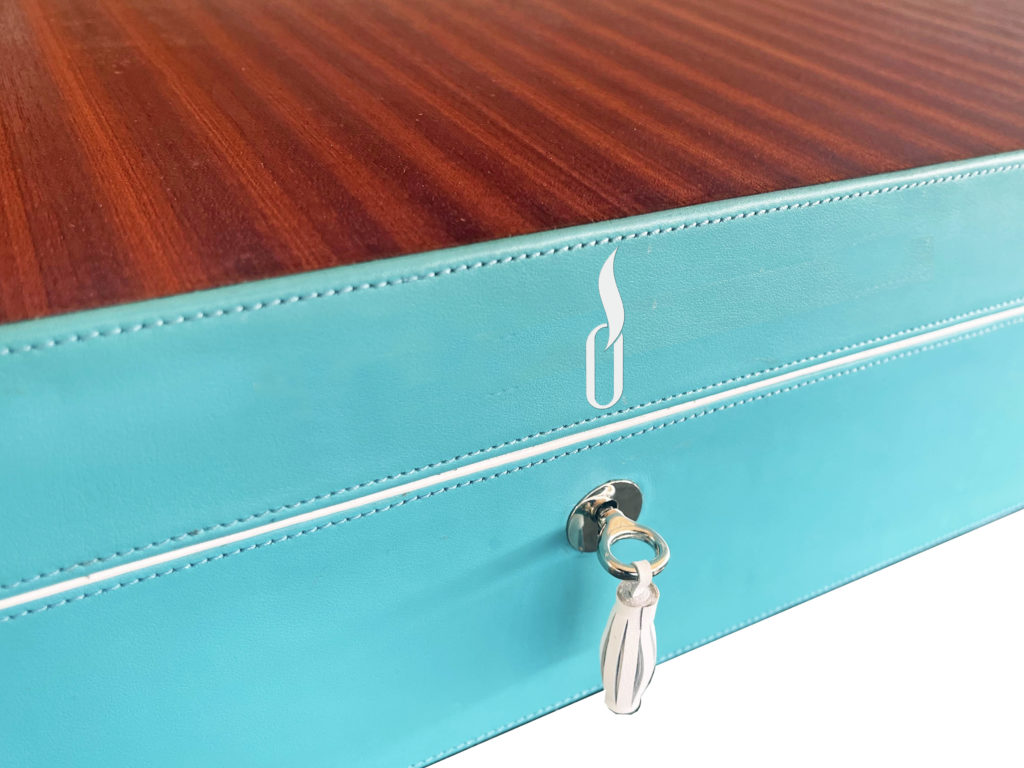 Alex Goldman of Quality Importers Trading Co. has donated the Humidor Supreme Balthazar Humidor used for this lot. This version uses the walnut finish with a PDR logo on front of it. The humidor measures 22 inches x 15 x 33.5 and is capable of holding an estimated 542 toros or 1,024 coronas.

It will come with 80 7 x 52 cigars from the A. Flores Connecticut Valley Reserve Azul and Rosa lines.

This painting will measure 60 x 66 inches and is acrylic and resin spray paint on canvas. I write “will measure” because this piece will be painted during the White Party on Thursday night, an annual Procigar tradition that takes place at Santiago’s iconic Monumento a los Héroes de la Restauración.

To all those anonymous heroines, to the women who day by day with their silent work create homeland. Fernando León’s 100th birthday would have been in 2022, so La Aurora is paying tribute to León, the late father of current owner Guillermo León. The company commissioned Iris de Mondesert, a Dominican architect known for her work with conservation and plastic arts, to create this humidor. The choice of artist is to pay tribute to one of Fernando León’s favorite causes, the preservation of the environment and specifically, trying to protect the habitats of birds. A white-fronted quail-dove, one of his favorite birds, is depicted on the humidor. Inside the humidor are 180 cigars named after Fernando León ranging from regular productions items, future cigars, an exclusive cigar and the cigar that Fernando blended for himself: This appears to be the same Elie Bleu humidor that Altadis U.S.A. released in 2019, though the cigars inside aren’t the same. Those humidors shipped with the Montecristo Cincuenta No. 2, a 6 x 52 belicoso. This humidor is listed as coming with 100 Montecristo Cincuenta Toros, which is a size Altadis U.S.A. sold in boxes outside of the humidor. These cigars were rolled by Lucrecia Valdez, a master roller with more than 40 years of experience. The Montecristo Cincuenta was created to celebrate the 50th anniversary of Tabacalera de García, the massive factory in La Romana, Dominican Republic that produces cigars for Altadis U.S.A. Blend-wise, it uses Ecuadorian Sumatra wrapper over a Dominican binder and fillers from the Dominican Republic and Nicaragua. De Los Reyes’ item this year is described as a “massive tabletop humidor” designed by Rene León using more than 1,700 pieces of coconut shells. It hardly stops there, the rest of the description is as follows:

The way into the drawer is a silver handle, decorated with the magic of Joarla Caridad, in a piece that combines Dominican amber, colored from the bright yellow to the very rare blue Amber, found only in the Dominican Republic.

Gemstones, metal, cedar, coconut shell, the “Raìces” is the perfect accommodation for our exclusively selected Saga cigars that magnifically surrender a bottle of Sir Chill Gin, a Belgian specialty made with tobacco extracts.

Inside are 110 Saga cigars. The humidor from General Cigar Dominicana, part of Scandinavian Tobacco Group, has a globe on top. The concept is two-fold. First, that the pandemic meant many people were unable to see one another, but now are able to; second, that humans need to better protect the environment.

Inside the humidor are 60 cigars, Silencio Red Dot and Silencio Black. (Silencio is the name STG uses to sell its Dominican Cohiba brand in international markets.)

A four-night stay at Villa Tres Amarras, located on the Dominican’s northern coast. The beachfront villa is located on a secluded beach and this package includes: 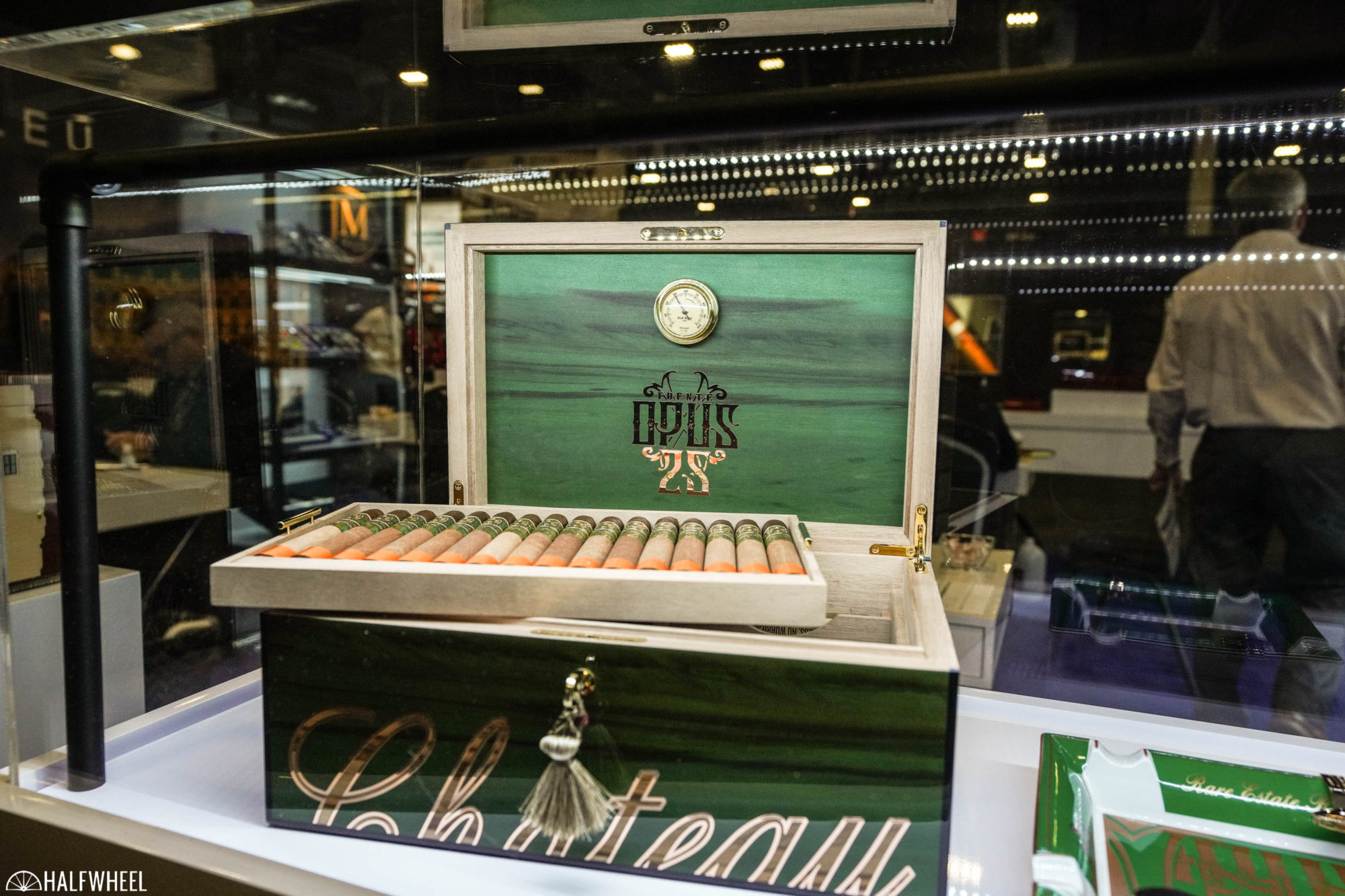 This is the Fuente Fuente OpusX 25th Anniversary Humidor by Elie Bleu that began shipping to stores late last year, specifically, humidor #3 of 225. 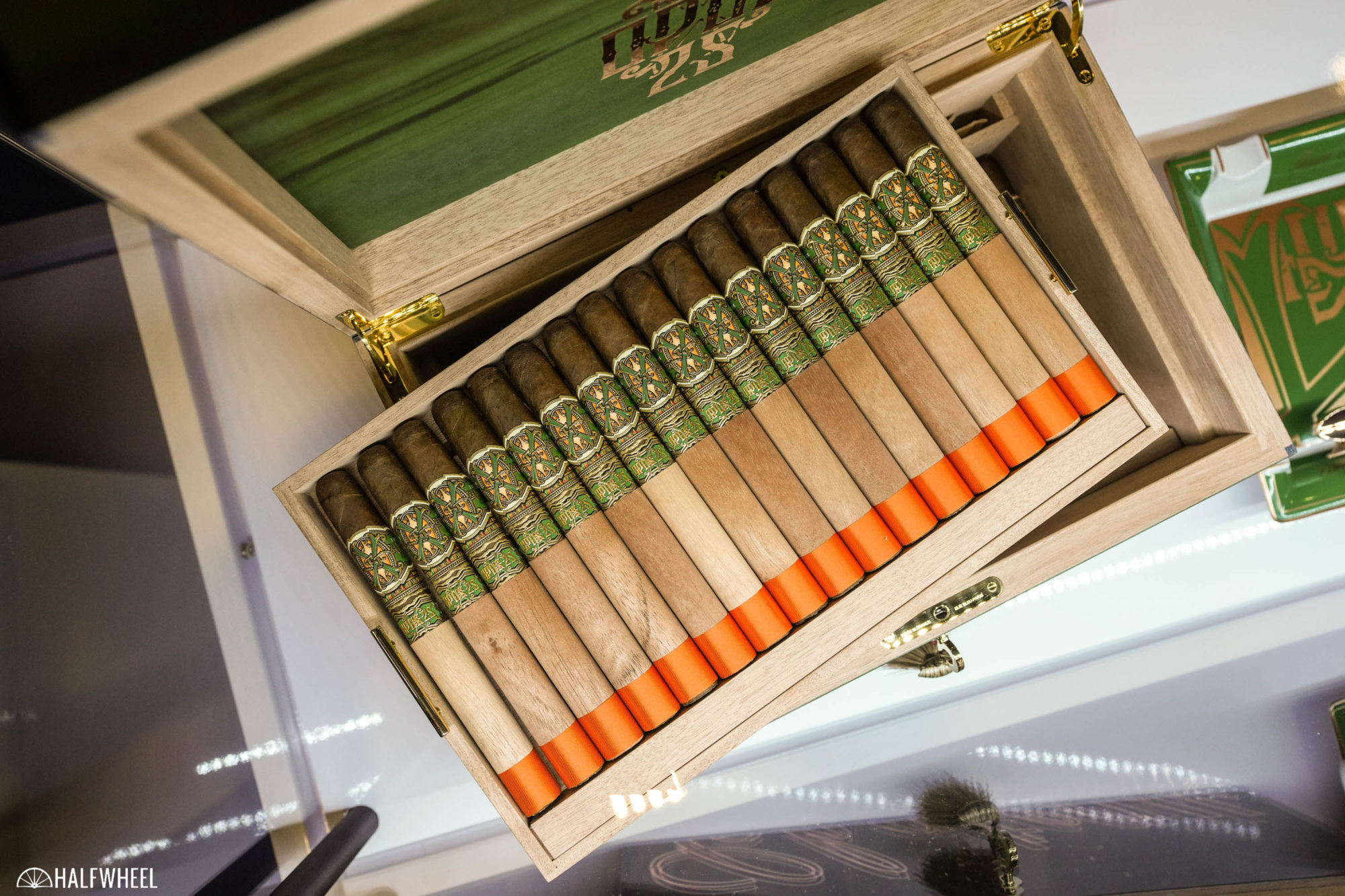 It measures 15.15 inches x 6.69 x 9.84 and uses red gum wood with marquetry and rose gold accents. Inside are 25 Fuente Fuente OpusX 25th Anniversary Churchill cigars, currently the only way to get these cigars is by purchasing one of these humidors. La Flor Dominicana’s humidor this year contains 100 La Flor Dominicana The Golden Bull cigars, a 6 1/4 x 42 version of the Andalusian Bull that is smoked by Tony Gomez and not available for purchase. Details about this humidor have not been announced but it looks quite cool.

A Home for My Family is Procigar’s own charitable initiative. It aims to build new homes for less fortunate employees.