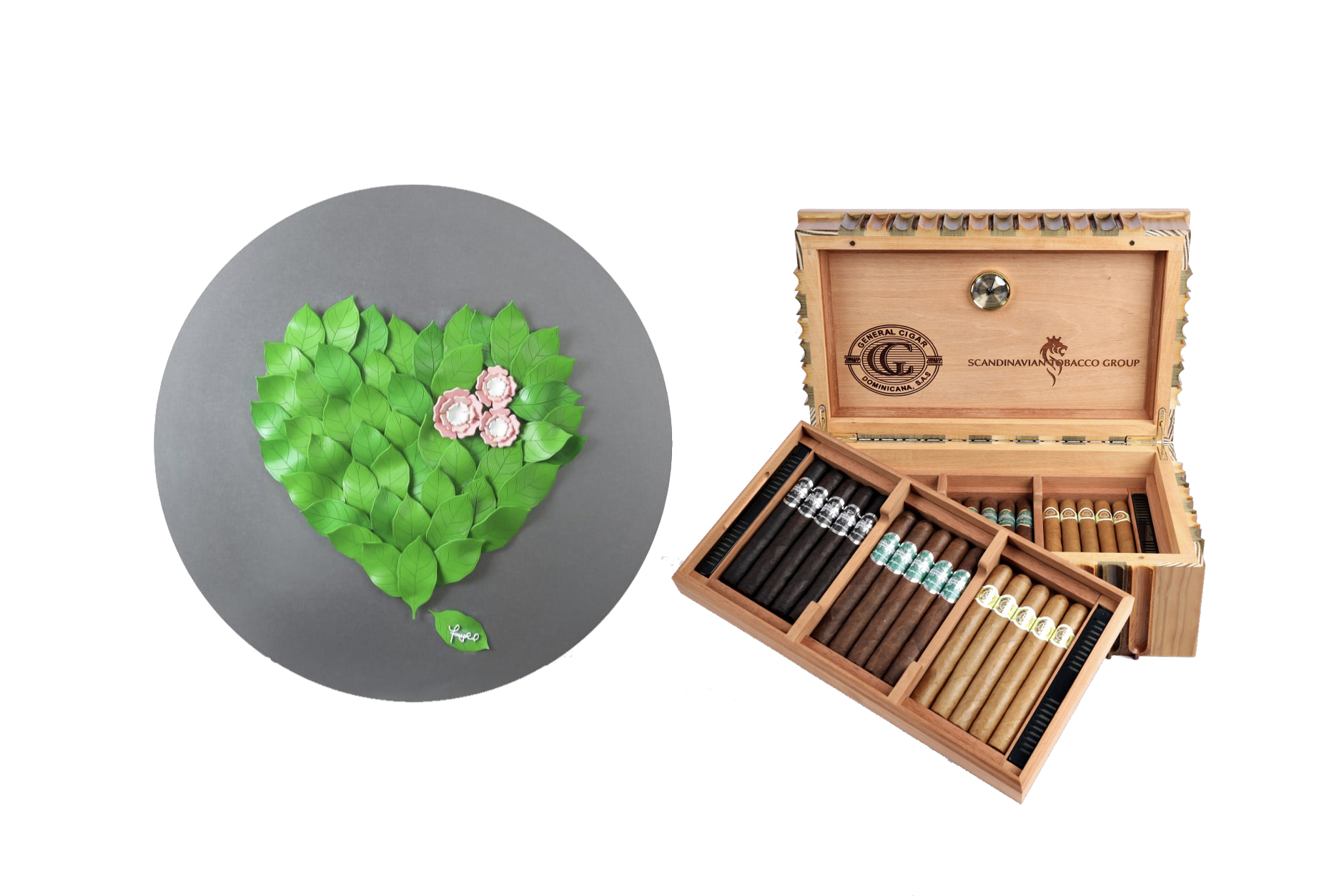 Valentine’s Day is later this week which means Procigar 2020 begins next week. The Dominican Republic’s annual cigar festival always begins the week after Valentine’s Day, starting first in La Romana on the eastern tip of the island before moving inland to Santiago, home to most of the country’s cigar factories.

Next Friday, the festival will come to close with its annual gala night, capped off by a charity auction. Each of Procigar member companies, all cigar factories, donate an item—oftentimes a humidor—to be auctioned off to benefit two local charities: Hospicio San Vincente de Paul and Voluntariado Jesus con los Niños.

Tabacalera La Alianza S.A.’s entry for 2020 is the E.P. Carrillo 10 Year Anniversary, a 2019 release that celebrated the 10th anniversary of the company.

The design took #7 on our 2019 Packaging Award List and includes 10 of each of the following special cigars: 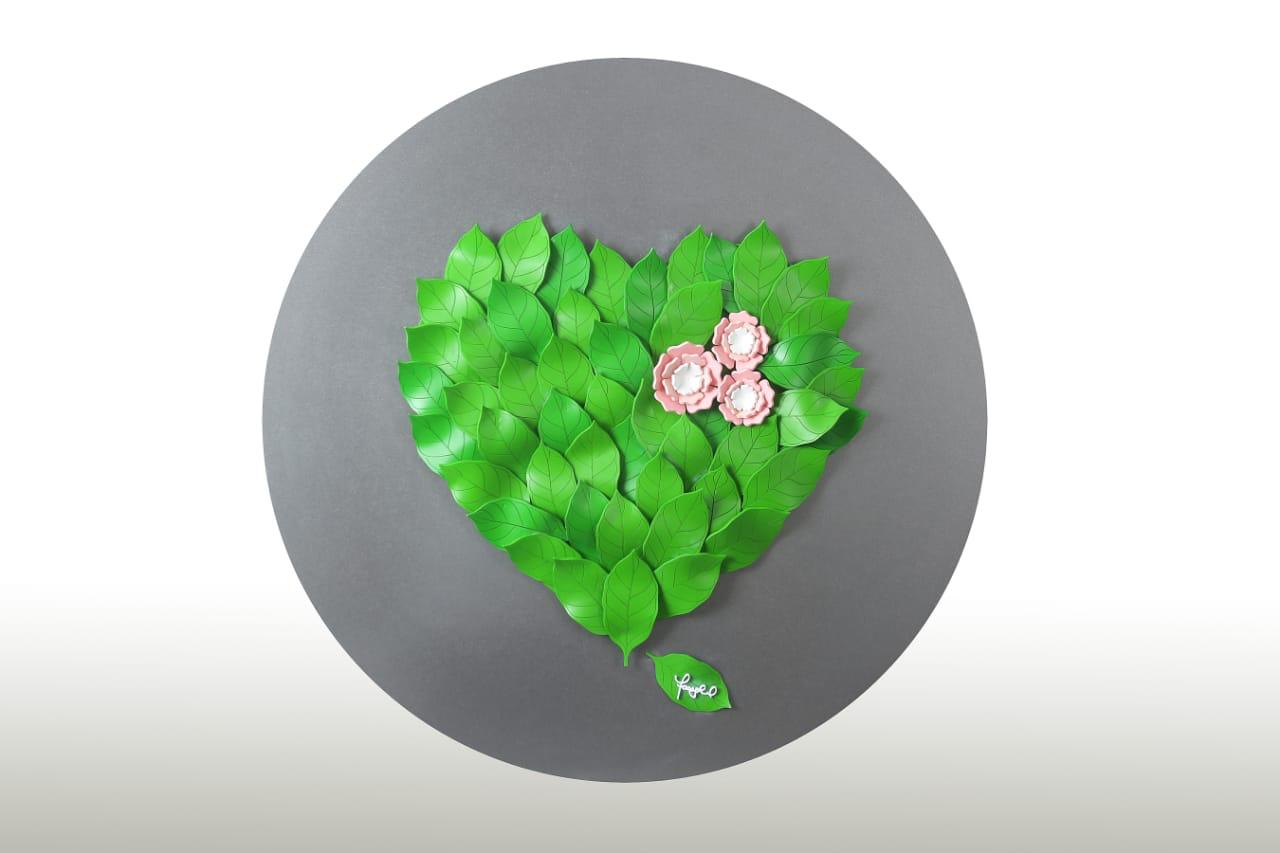 Heart in Flower by Fanny Lora

Fanny Lora, an artist whose works are normally part of the annual Procigar auction, has another tobacco and heart-themed piece. Heart in Flower is made of acrylic and MDF and has a diameter of 30 inches. 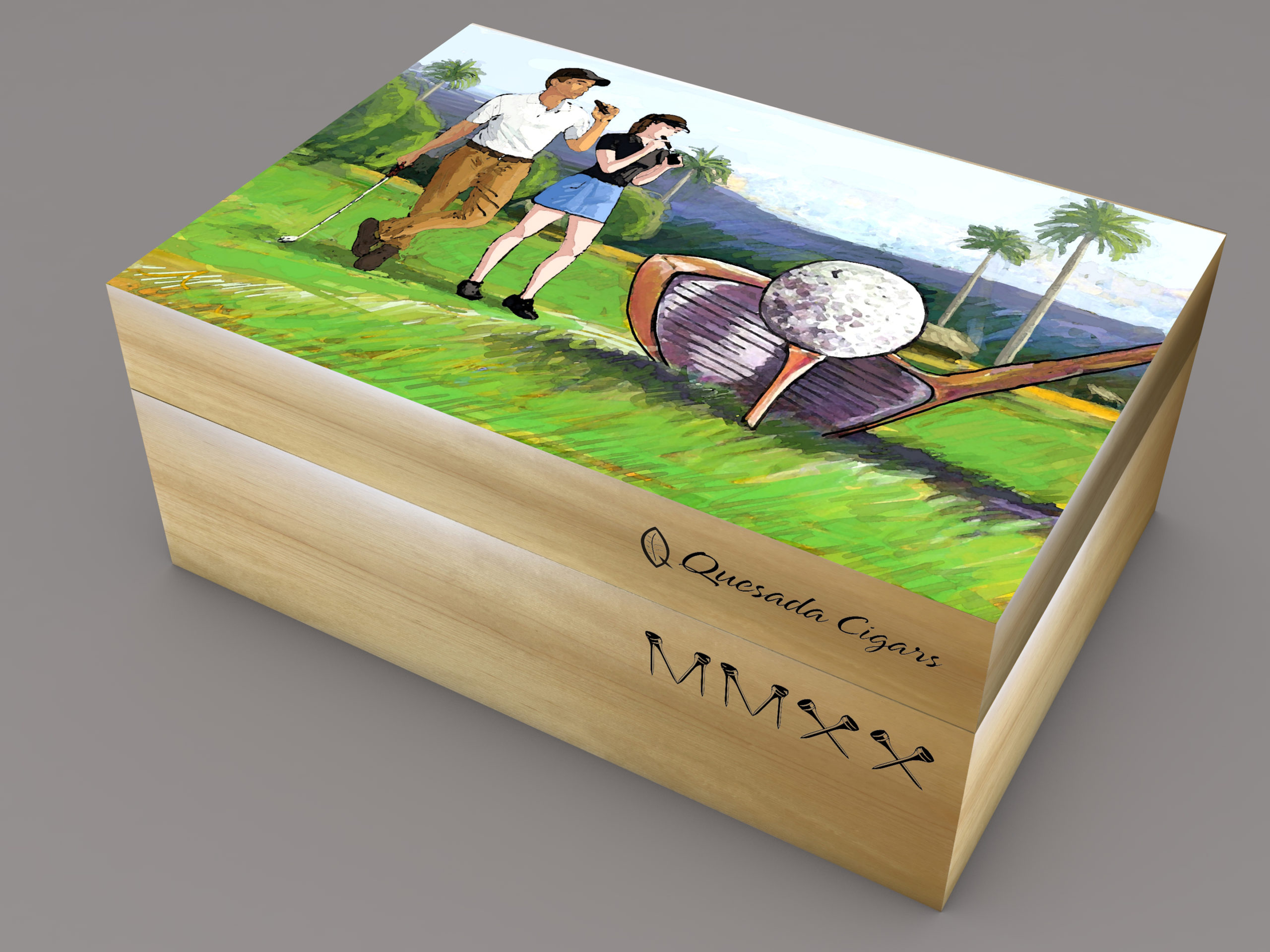 Pragmy Marichal, a Dominican artist who frequently collaborates with Quesada, has designed a golf-themed humidor that includes 120 cigars. 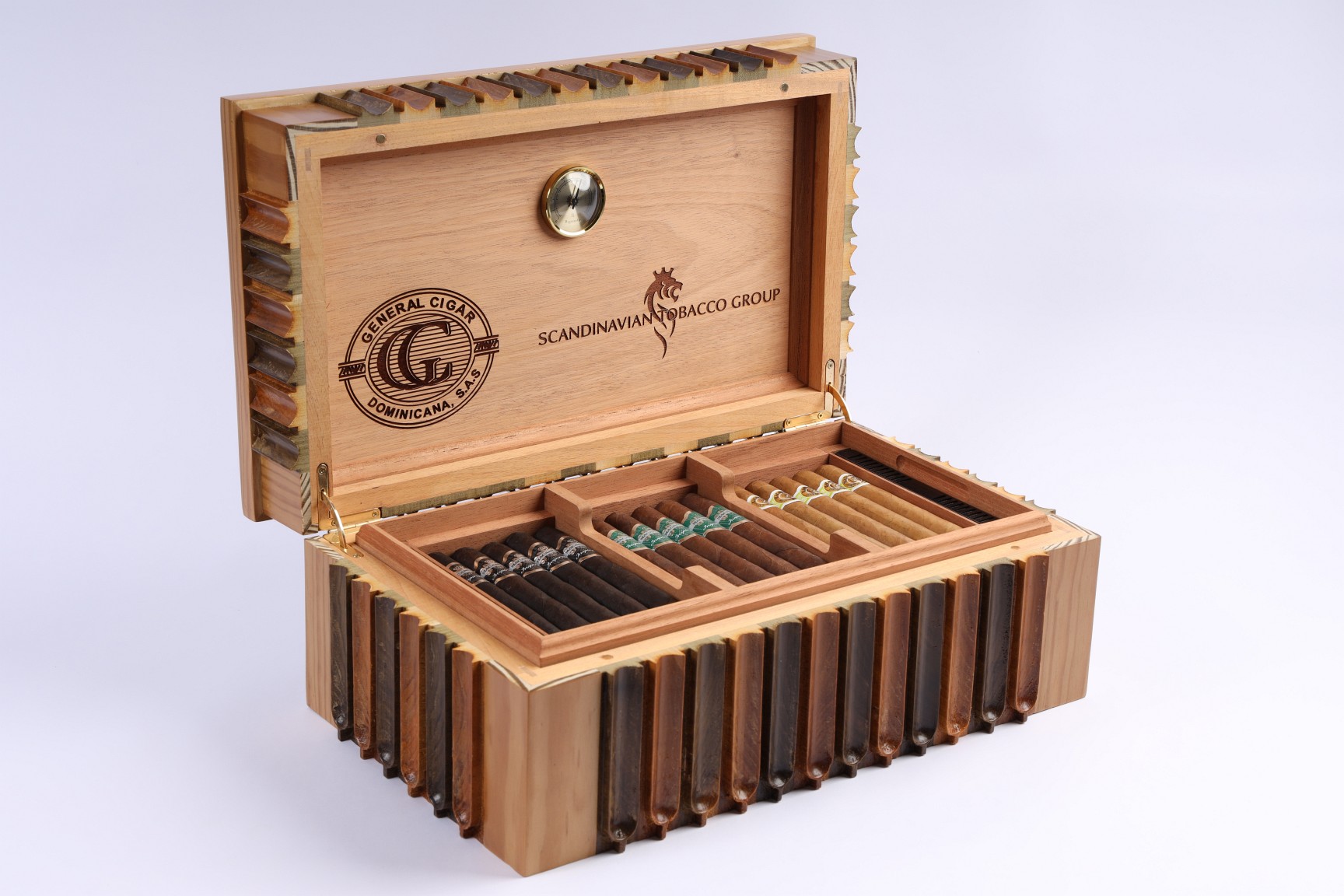 As the name implies, the General Cigar Dominicana humidor uses cigar molds to decorate the outside of the humidor. As is often the case for General’s Procigar humidors, the humidor comes with Macanudos, including the new Macanudo Green. That cigar uses a Brazilian Arapiraca wrapper, though the company hasn’t formally announced the cigar. 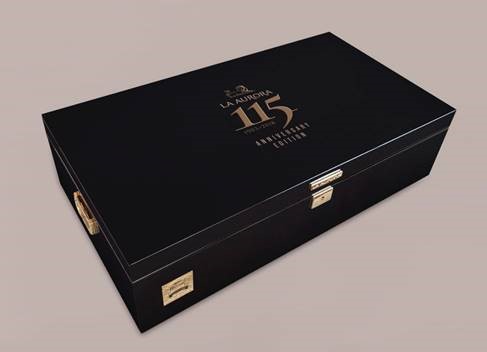 It’s technically La Aurora’s 117th anniversary, but the Dominican’s oldest factory is offering a humidor that is centered around the La Aurora 115th Anniversary Limited Edition. A special humidor has been created out of cedar, gold-plated ironwork and a black lacquered finish. 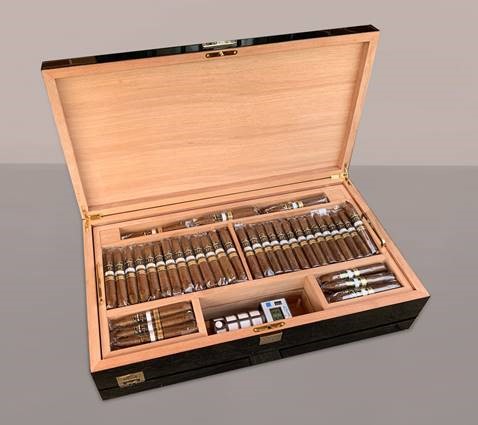 Inside the humidor is 148 cigars, including an exclusive salomones size that is only offered as part of the humidor: 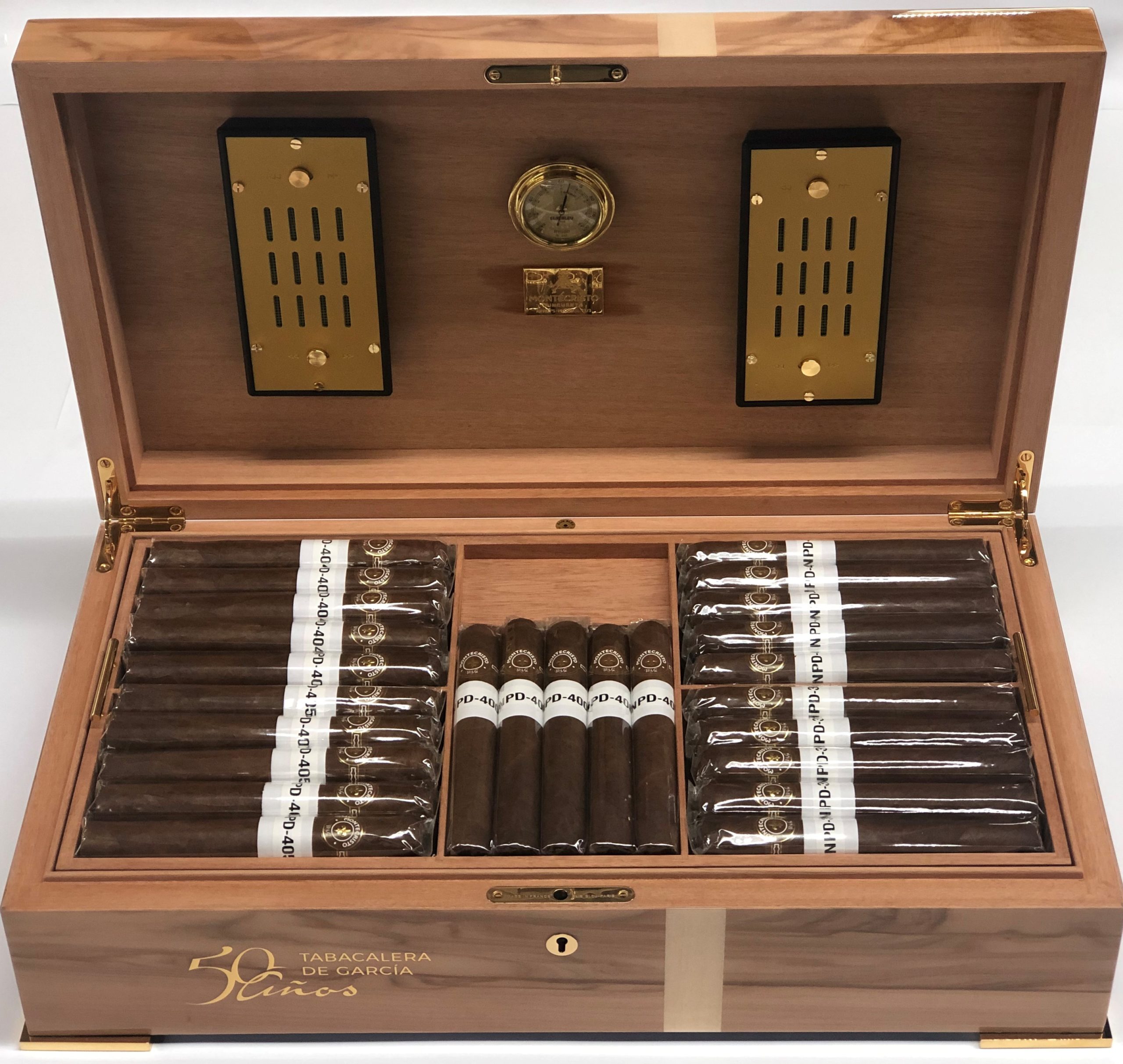 The Toro size was sold in boxes of 10, while the No. 2 was sold only in Elie Bleu humidors. What’s interesting about the auction item is that it’s the same humidor that the No. 2s were sold in, but the cigar is listed as a Cincuenta Toro and appears to be something completely different.

Whatever the case, the cigars were rolled by one woman, Lucrecia Valdez. 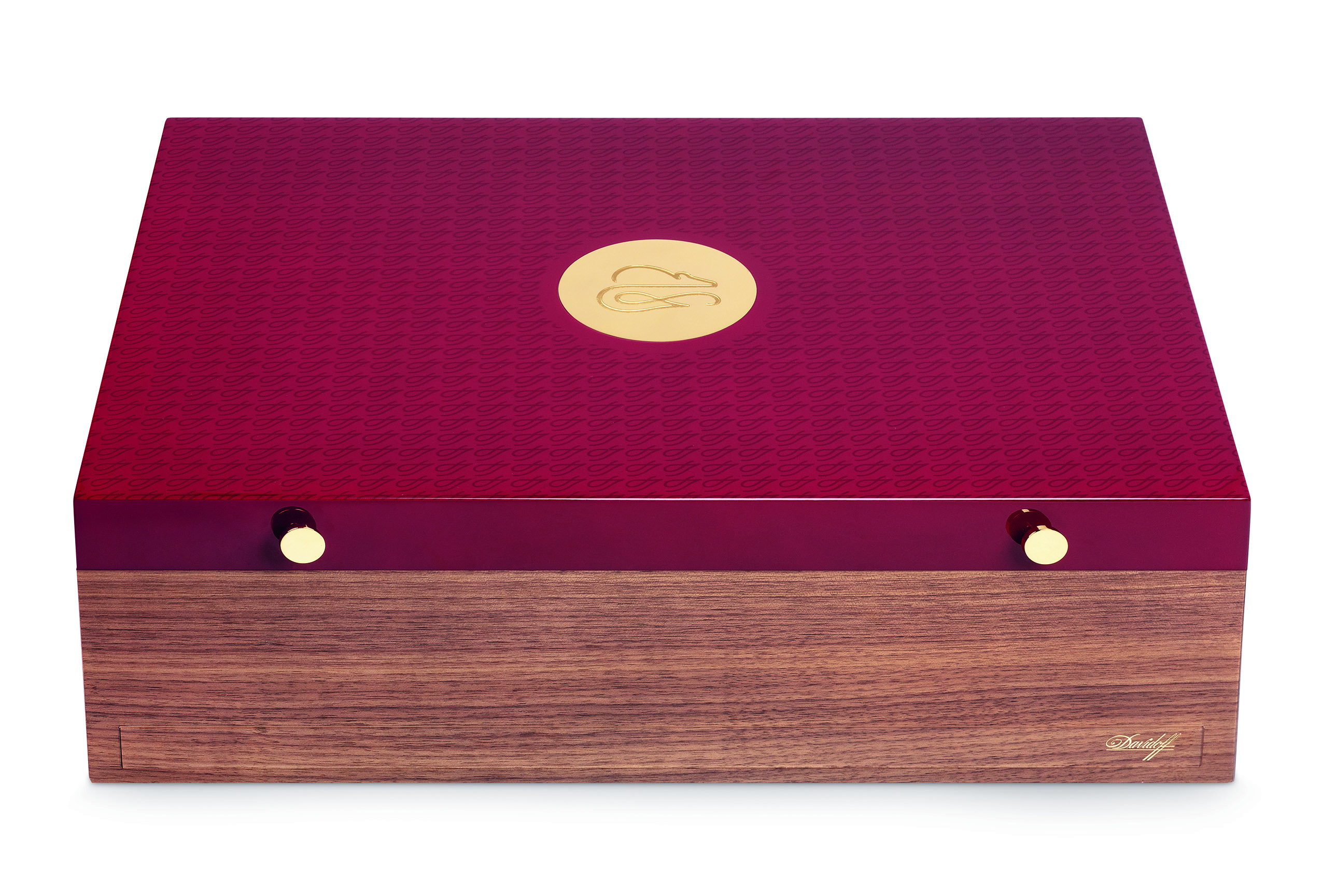 You can read more about this item here. 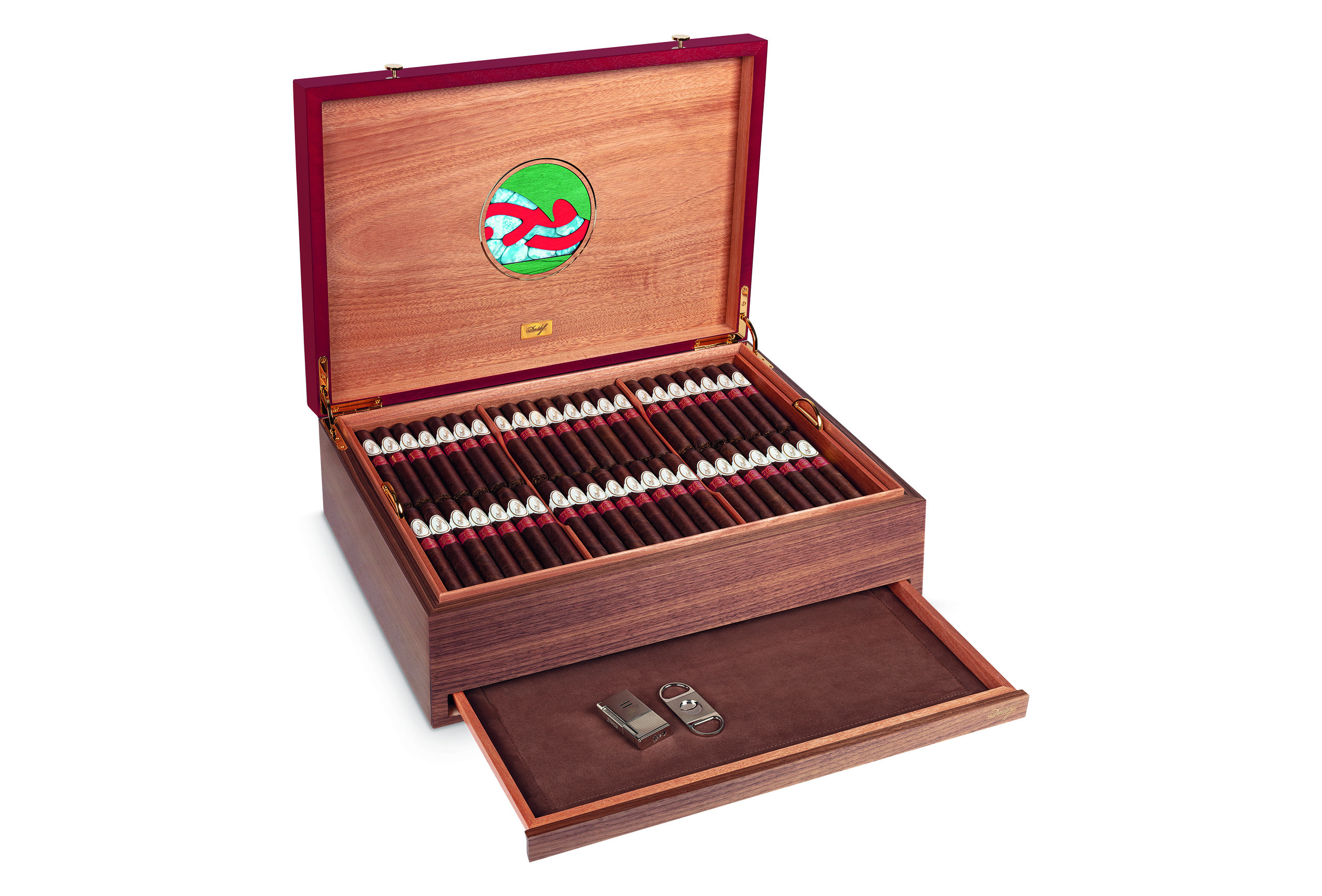 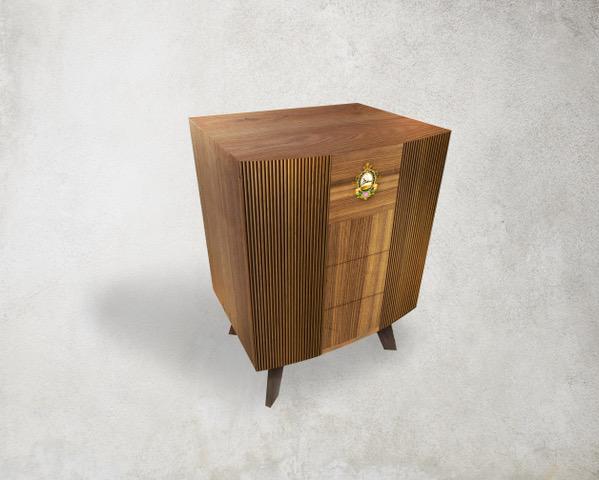 Tabacalera Palma’s humidor for 2020 celebrates music. It looks like a record console because it is. The unit has a record player at the top, three drawers, space for 200 cigars, a mini-bar and a place to hold records. The humidor comes with 100 cigars—split between Aging Room, La Galera and La Instructora—as well as four records the factory says represent important times in music. 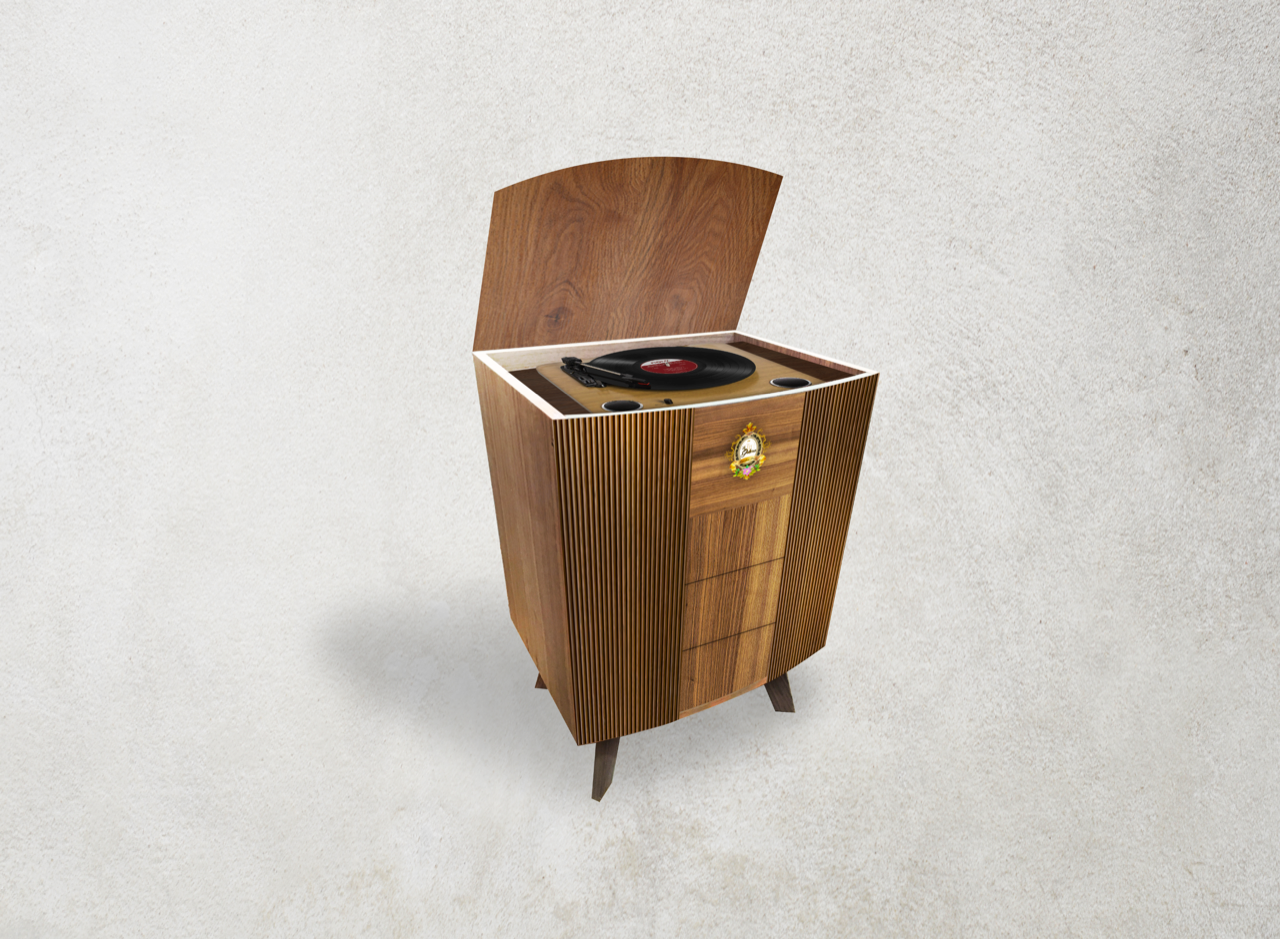 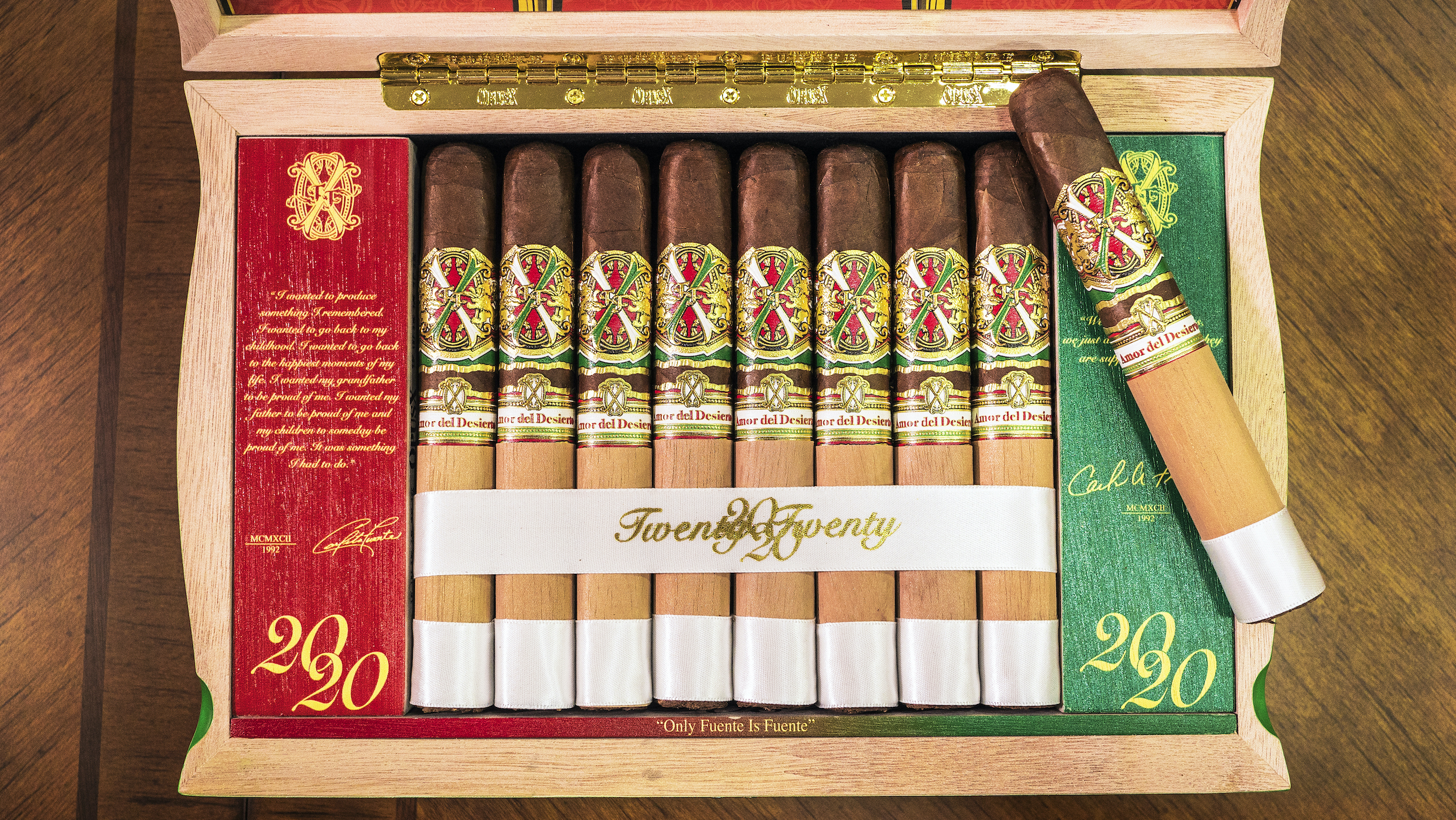 Arturo Fuente will begin selling the new OpusX 2020 later this year, only in the United Arab Emirates, though one person will have the opportunity to buy three boxes in the Dominican Republic. 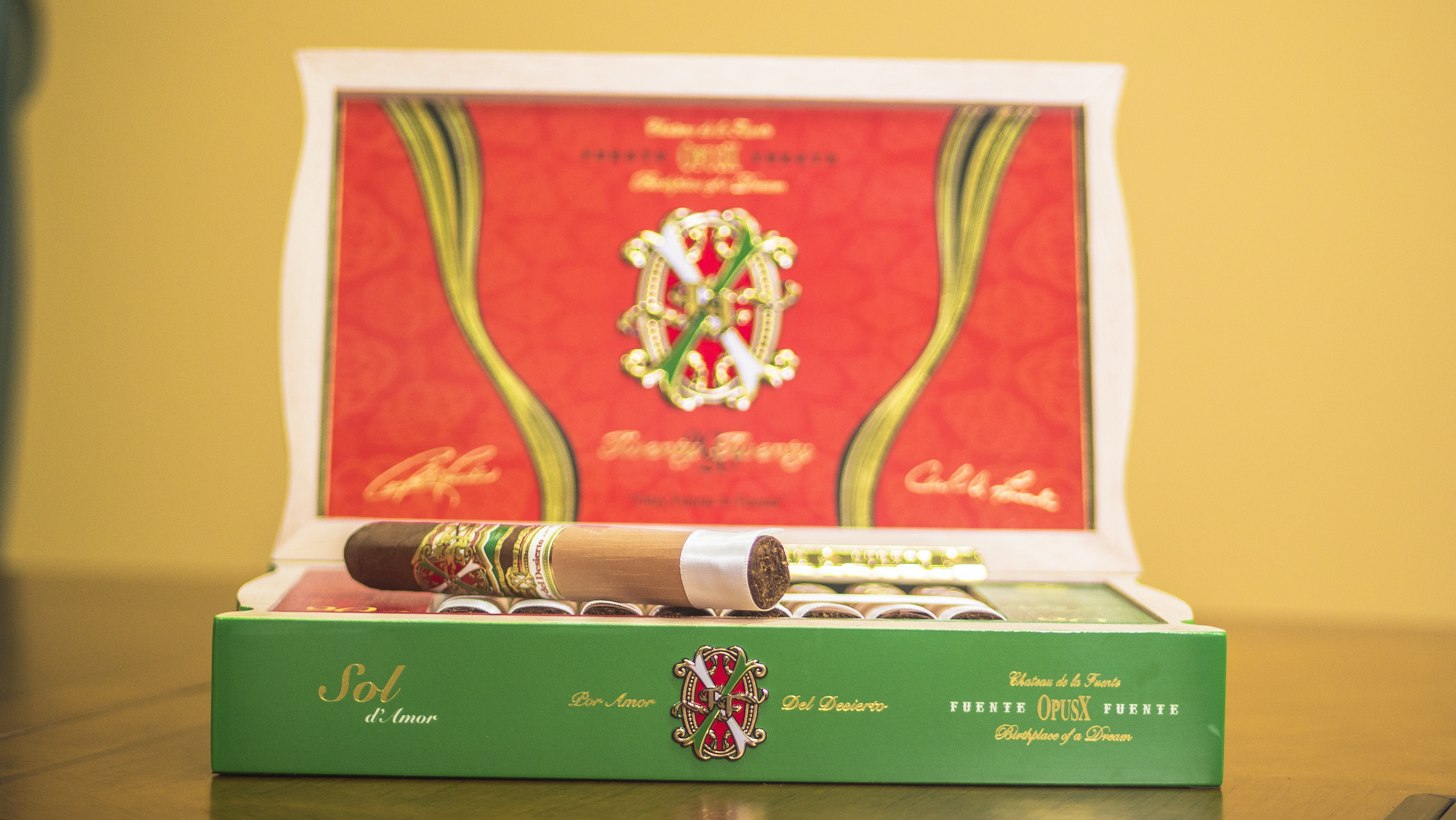 The company is offering one 20-count box of each of the three sizes. 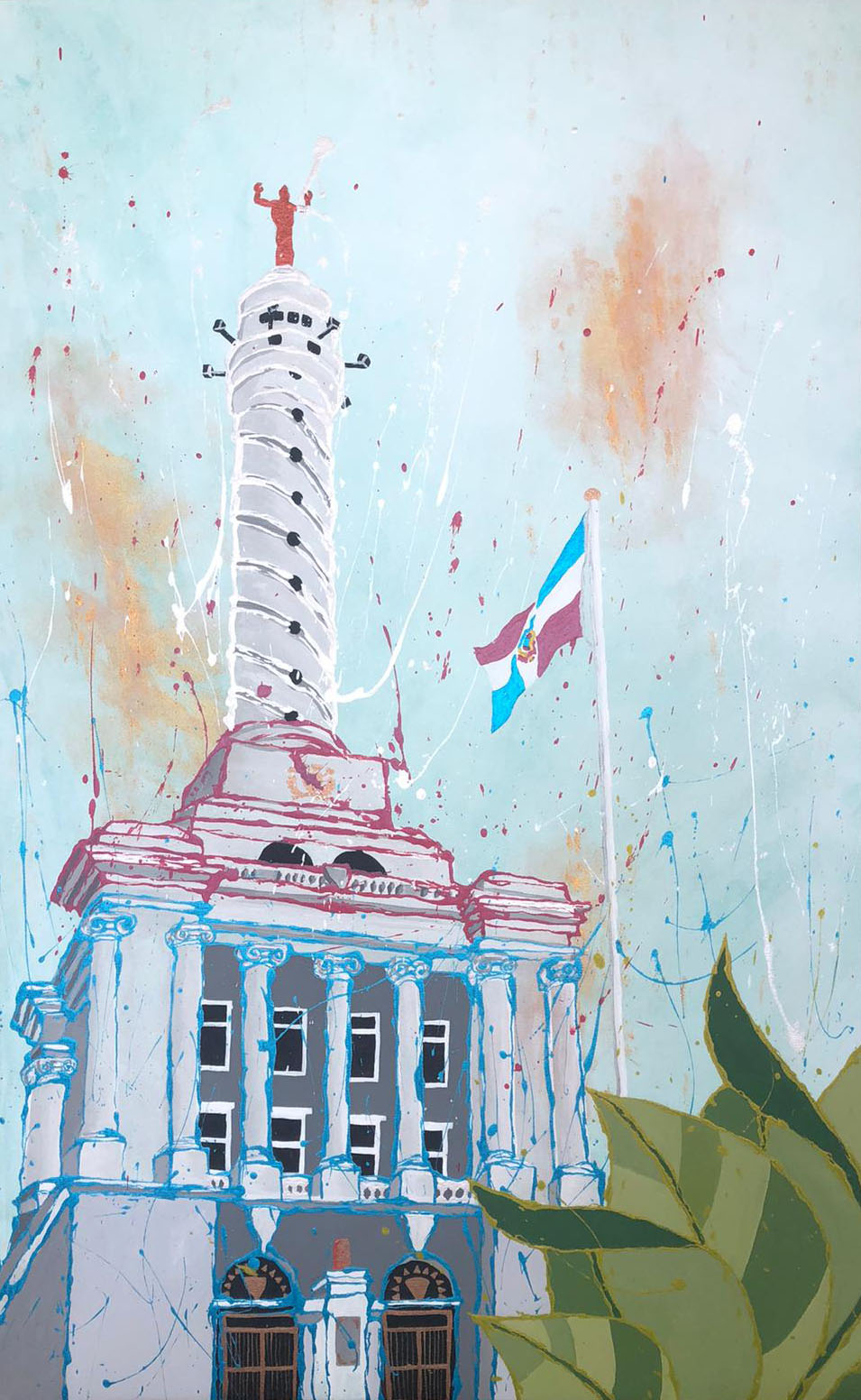 The Monument by Fabian Barrantes

International Packaging Design has created the boxes for Thursday’s night’s annual white party, hosted at the Monumento a los Héroes de la Restauración. Fabian Barrantes, a designer in the cigar industry, painted the design on a 30 x 48 canvas.

The painting shows the monument, but it uses metallic paints, meaning the painting changes colors depending on how the light hits the canvas.