This week is the first week after Valentine’s Day, which also means it’s time for the Dominican Republic’s annual cigar festival, Procigar.

On Friday, the event will conclude with an event at Centro Español in Santiago. As in years past, that event will include an auction benefitting two local charities: Hospicio San Vincente de Paul and Voluntariado Jesus con los Niños. Typically, each Procigar member donates a specialty lot for the charity, the following items are what is currently listed though it’s likely additional items will be added. Longtime Procigar collaborator Fanny Lora is back with a collaboration with Anselmo Liberato. This piece uses two different mediums: an acrylic painting and carved woods of tobacco leaves The humidor was painted under the supervision of Anilcia de Luna, Santiago City Hall head muralist, with various images of tobacco. Inside each humidor is a total of 60 cigars, all in the 5 x 49 size.

The lot from Tabacalera La Alianza S.A./E.P. Carrillo (not pictured) features 10 of each of the four sizes of the company’s Encore line. This appears to be the same humidor the company sold at the 2018 IPCPR Convention & Trade Show. Inside the massive box are 146 cigars and an electronic Cigar Spa humidification system. Of note, that humidor retailed for $5,000, which is a bit above the starting price for this unit. This humidor was created in collaboration with Nsolo Consulting Group. It celebrates the Montecristo brand and appears to include 189 cigars. There are three trays, which appear to hold 18 cigars each, along with nine sections in the bottom that contain 15 cigars. The humidor is finished with polished gold hardware engraved with fleur-de-lis logos.

Inside the humidor are the following cigars: The large Quesada humidor is made of oak with a cedar interior. The top features a glass lid with an engraving by Pragmy Marichal, the same artist behind the artwork inside the Vega Magna box.

Inside the humidor are the following cigars: This massive Prometheus humidor contains 150 cigars, all 6 1/2 x 52 figurados rolled by Nandy López and Héctor Infante, the factory’s master rollers. The humidor is made in France using Macassar ebony and a mahogany interior. Created by René León, the company says this humidor was inspired by a 19th-century tobacco trading building. The humidor, which has 10 cubic feet of interior space, is made out of mahogany, cedar and African wenge and took “nearly 300 hours” to make. This cigar cutter is a bit of a tie to Litto Gomez’s past life as a jeweler. The cutter is made from solid 18-karat gold with stainless steel blades. Eight Burmese sapphires, totaling 1-carat weight, are placed on each side of the main part of the cutter. This is the first of 88 numbered cutters that La Flor Dominicana plans on releasing.

Retail value is $17,000, though a starting bid has not been announced. The factory behind La Galera and others has taken an old rum barrel and it turned into a humidor and mini-bar. Inside, the humidor can hold 100 cigars, now protected from the rum barrel’s influence. 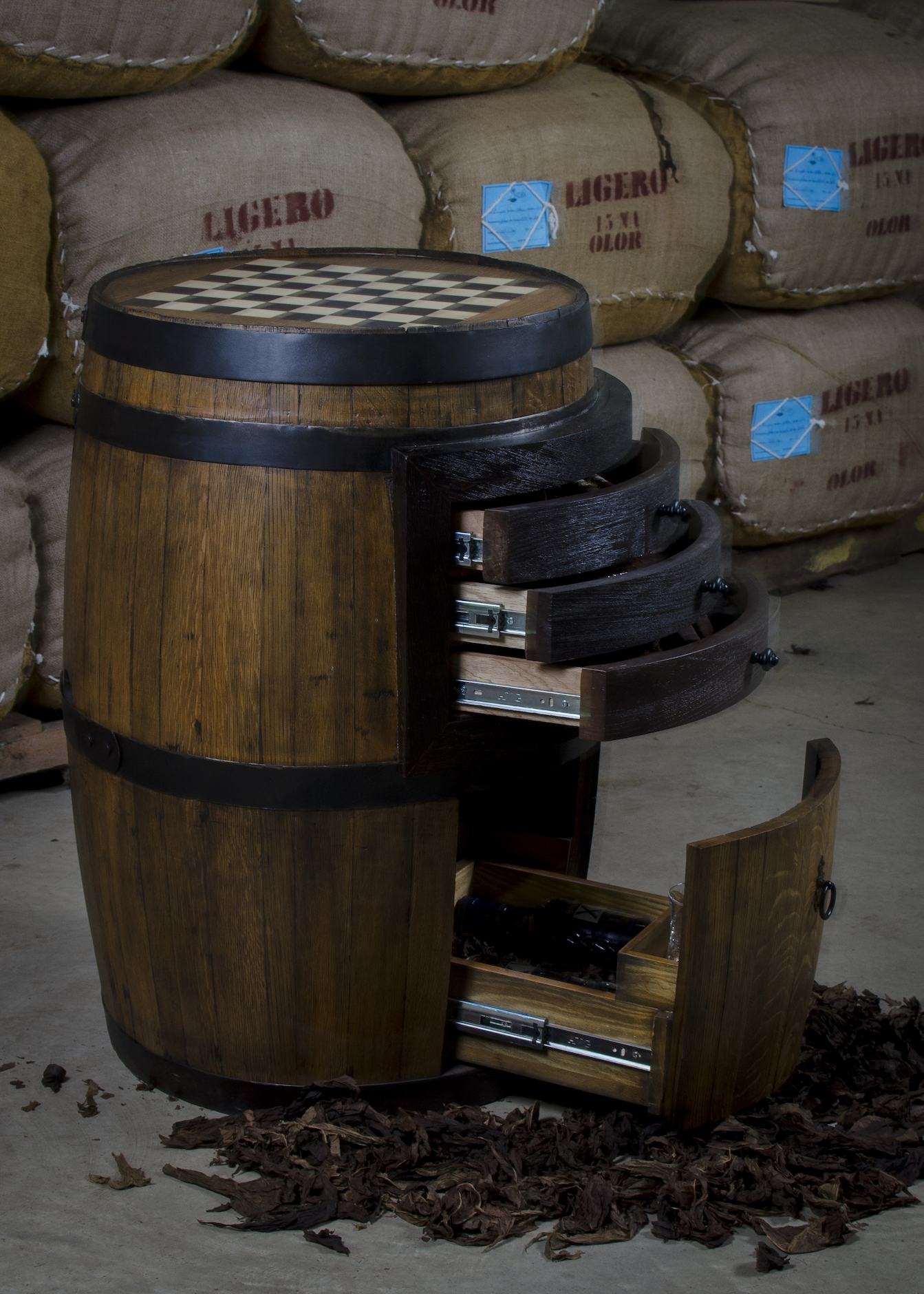 Included are the following cigars: