October 15, 2013 (Esteli, Nicaragua) — 1968 was the year when it all started: the first Premium Nicaraguan cigar was hand- rolled in Estelí under the Joya de Nicaragua seal. With it, the Nicaraguan cigar industry was born and a new era for Premium hand-rolled cigars began. JOYA DE NICARAGUA S.A is proud to honor this achievement with Cuatro Cinco, a Limited Edition cigar. 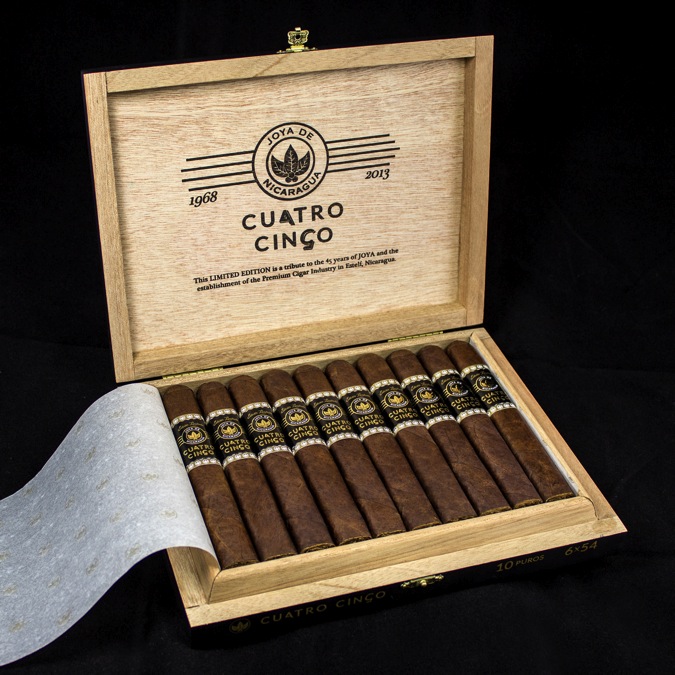 Cuatro Cinco will be available in a single vitola: a 6 x 54 semi-box pressed in 10-count boxes. As a Limited Edition, only 4,500 boxes of Cuatro Cinco are being produced each one numbered to guarantee exclusivity. The initial batch will start shipping in the first week of November 2013 to special Joya customers in the United States and around the world.