Debuting new products is one of the main points of the IPCPR Convention & Trade Show, but Platinum Nova Cigars came out swinging in its first year with a list that included not only 10 regular production lines, but also two limited editions, a sampler and a $125 ashtray.

Although it is thought of by many as a “new brand,” Platinum Nova has been in existence since 2011 though it seems like the company says it wasn’t selling cigars until 2015. It currently is headed by two cigar retail veterans Leonor “Leo” Abzaradel and Aurelio “Ari” Riego. Though the two joined the company in 2019 and 2017 respectively.

That obviously raises the question of what the company has been doing up until this point, who founded and who owns it. Riego, the company’s president, declined to talk about the owner(s), but a quick Google search indicates that Amer Rustom has long been listed as the registered agent for the brand. Rustom owns a number of companies that use the word platinum in their names, including Platinum Group, LLC. Many of those same companies share an address with Platinum Nova.

Also not entirely clear is where the cigars are made.

The company says they are produced in a factory in Santiago, Dominican Republic. Reigo told halfwheel that the factory has 10 pairs making cigars exclusively for Platinum Nova and that we should call it “Nova Cigar Factory.” For what it’s worth, the factory was being referred to as “Nova Cigars S.A.” at last year’s trade show.

That would line up with the following statement, again from the company’s website:

There are some inherent problems with this. Riego said the cigars for this particular release—which I promise I’m about to talk about—were rolled in 2017 and released in 2019, i.e. not three years.

Riego also told halfwheel that he wanted to keep the name of the factory a secret, which makes no sense unless the cigars are being made in a factory that isn’t owned by Platinum Nova. 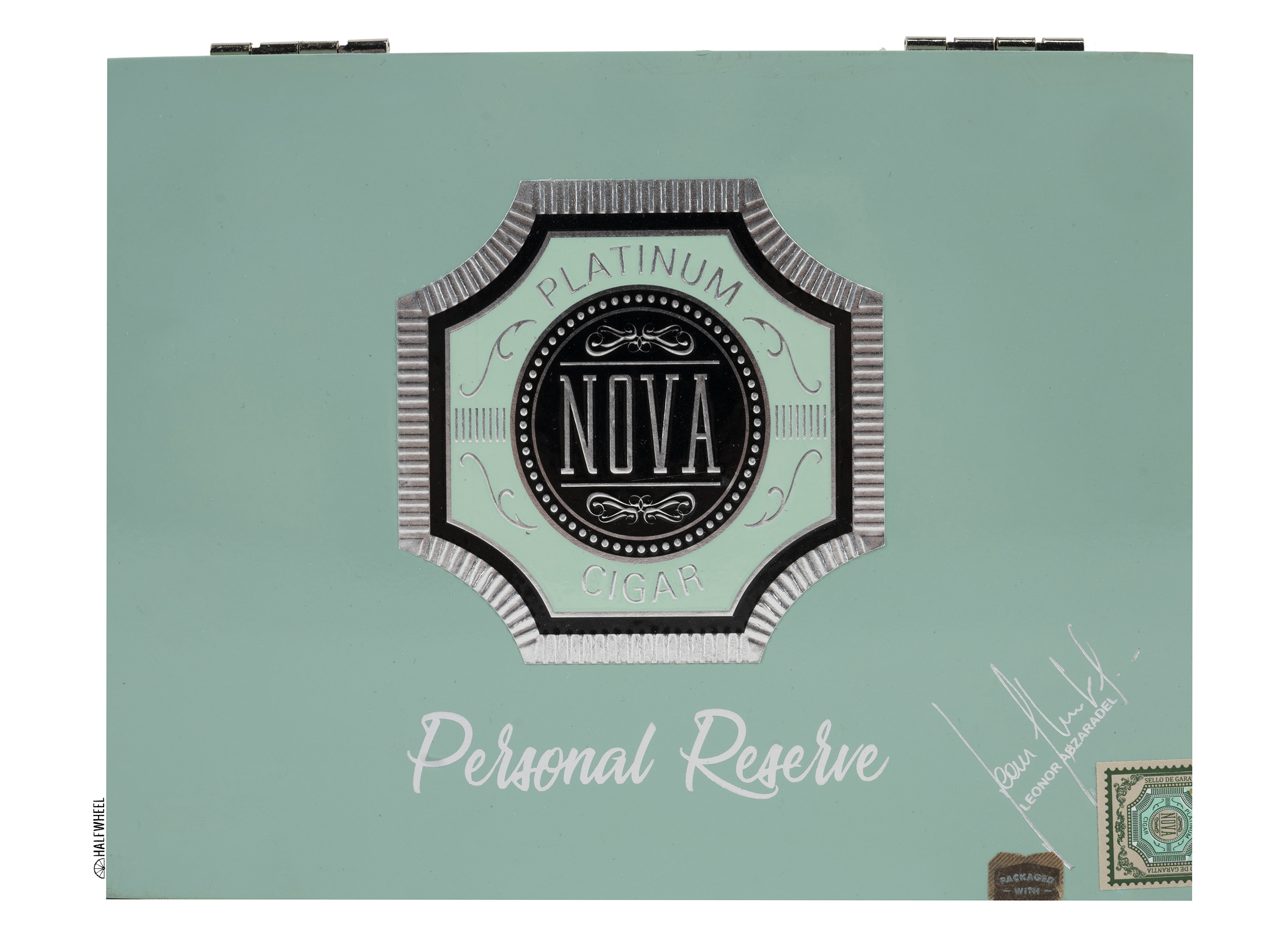 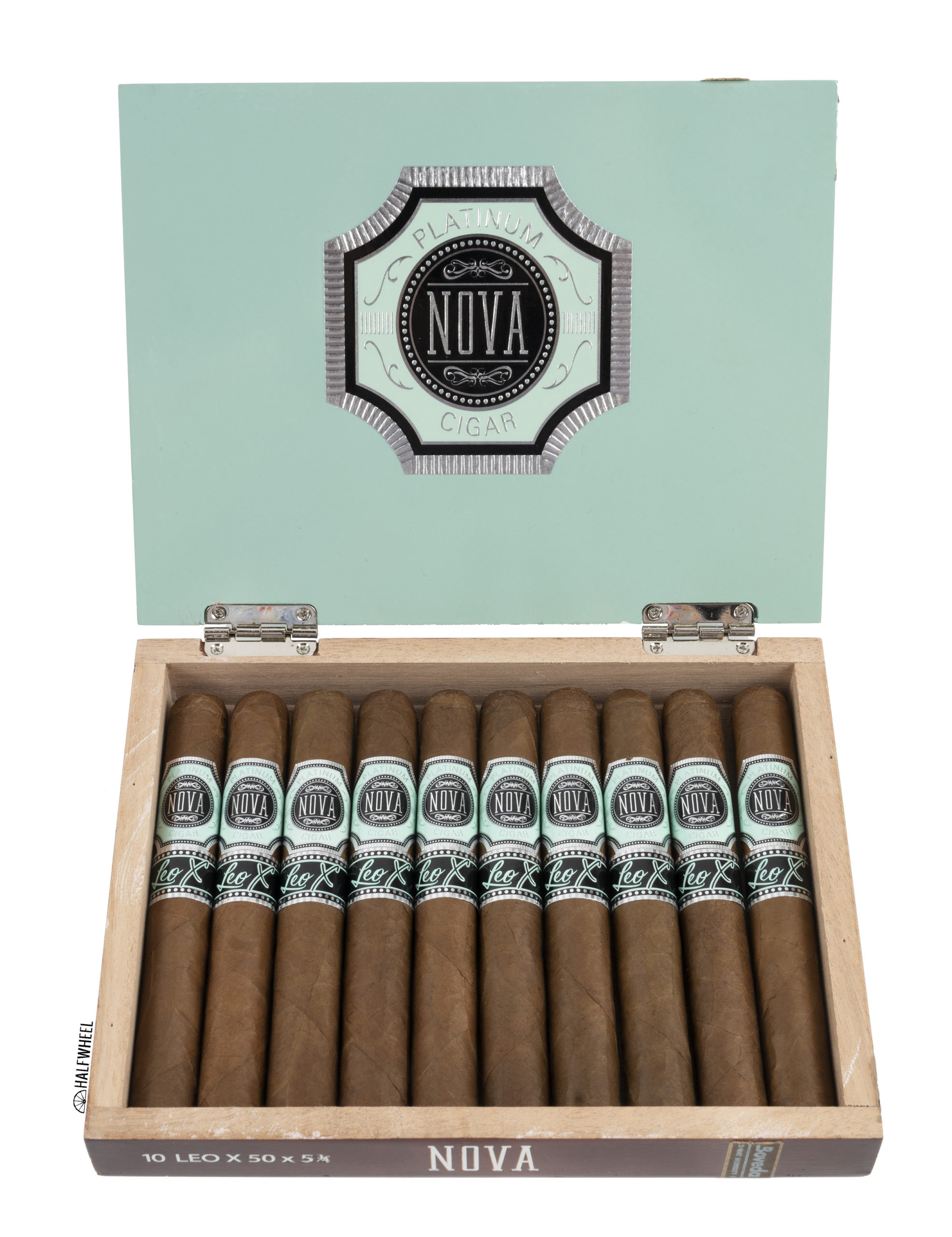 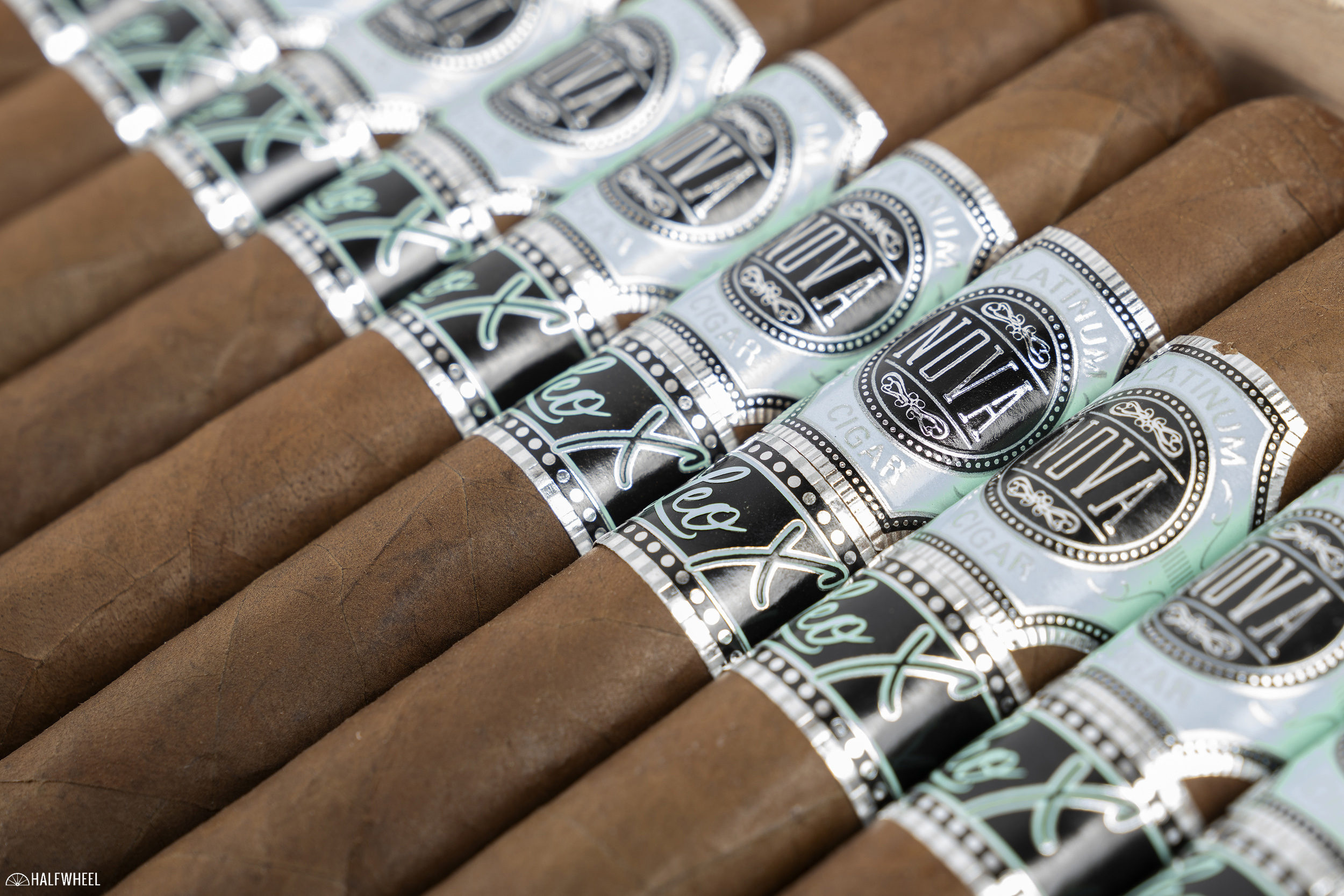 As confusing as that might be, none of that really matters when it comes to evaluating the cigar I’m reviewing today.

The Platinum Nova Personal Reserve Leo X is a 5 3/4 x 50 robusto extra that features an Ecuadorian habano 2000 leaf covering an HVA binder from the Dominican Republic and filler tobaccos also sourced from the Dominican Republic. As the name implies, it’s a cigar that Abzaradel wanted to blend a cigar to commemorate her 10 years in the cigar business; and X stands for 10 in Roman numerals. 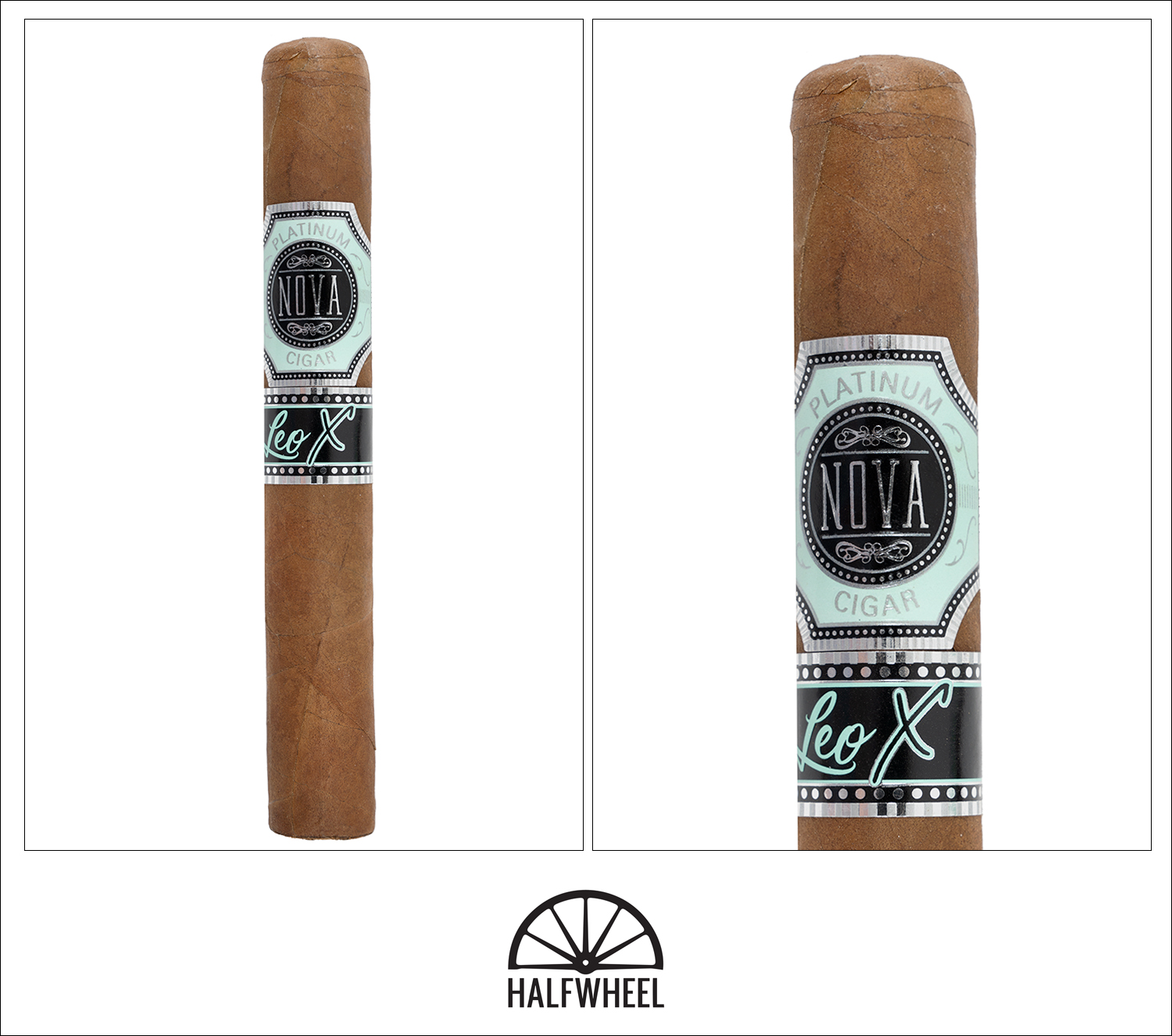 Covered in a milk chocolate brown wrapper, the Platinum Nova Personal Reserve Leo X is quite rough to the touch and features a number of large veins running up and down its length. In addition, there is a touch of oil visible and one of the samples had a large soft located just under the secondary band. Aroma from the wrapper is a combination of generic nuts, manure, barnyard, earth, cedar and slight dark chocolate while the cold draw brings flavors of creamy cedar, earth, cinnamon, cocoa nibs, black pepper and a very light apple sweetness.

The Platinum Nova’s first third starts out with a combination of dominant flavors, specifically salty cashews and leather. Secondary flavors include cedar, cinnamon, earth and generic sweetness along with a bitter espresso note on the finish, while I am picking up some faint cherry sweetness and slight black pepper on the retrohale. Construction-wise, the burn is a bit wavy, forcing me to touch it up a couple of times almost out of the gate, but the draw is excellent after a straight cut and the smoke production is about average so far. In terms of strength, the Leo X starts out firmly in the mild zone and only increases a little by the end of the first third. 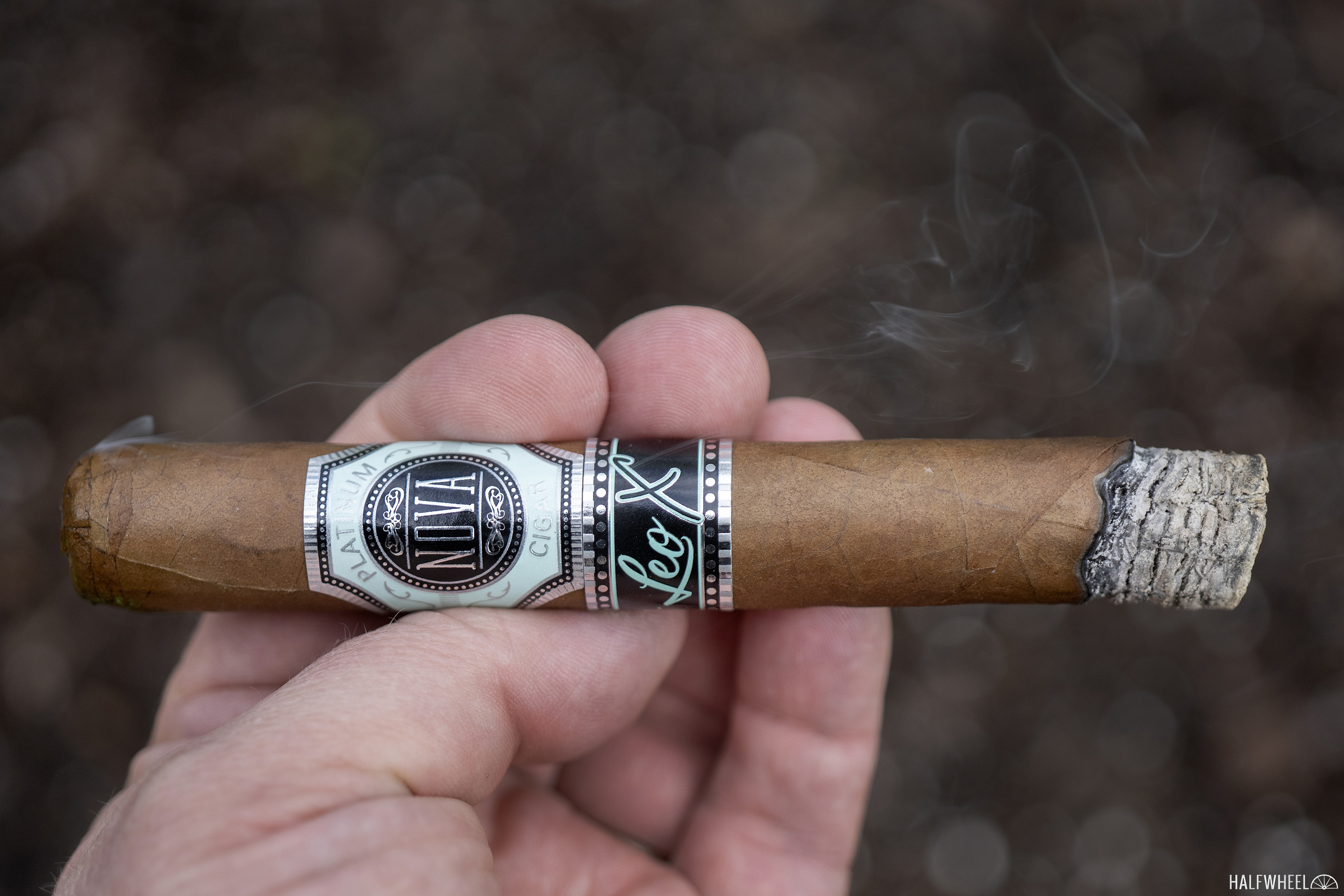 While a new flavor of toasted bread shows up on the retrohale during the second third of the Platinum Nova, the salty cashews and leather combination easily retain the top spot in the profile. Lesser flavors of espresso beans, creamy cedar, earth, dark chocolate and hay flit in and out as well, while the cherry sweetness and black pepper remained at about the same levels on the retrohale. Thankfully, the burn has improved noticeably and gives me no issues at all throughout the middle third, while the draw continues down its excellent path. Strength-wise, the Leo X increases enough to approach the medium mark by the halfway point but stalls out there, at least for a time. 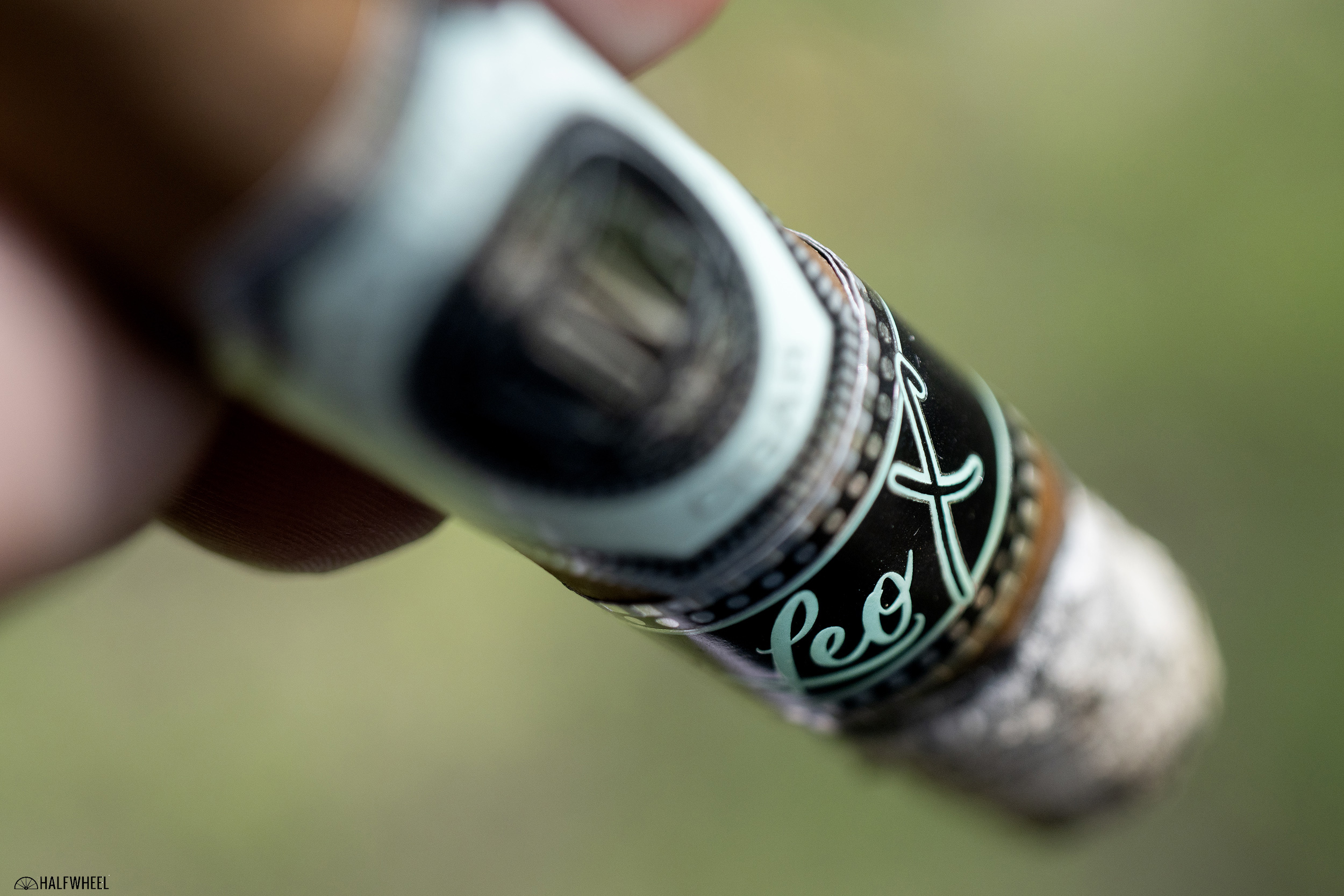 There is not much change in the final third of the Platinum Nova compared to the second third: the same dominant flavors of salty cashews and leather, the same very light cherry sweetness and black pepper on the retrohale and pretty much the same secondary flavors of toast, bitter coffee beans, cedar, dark chocolate and hay. Thankfully, the similarity with the second third also includes the construction, meaning both the burn and the draw are trouble-free until the end of the cigar. Finally, the overall strength increases just enough compared to the second third to pass into medium by the time I put the nub down with about an inch left. 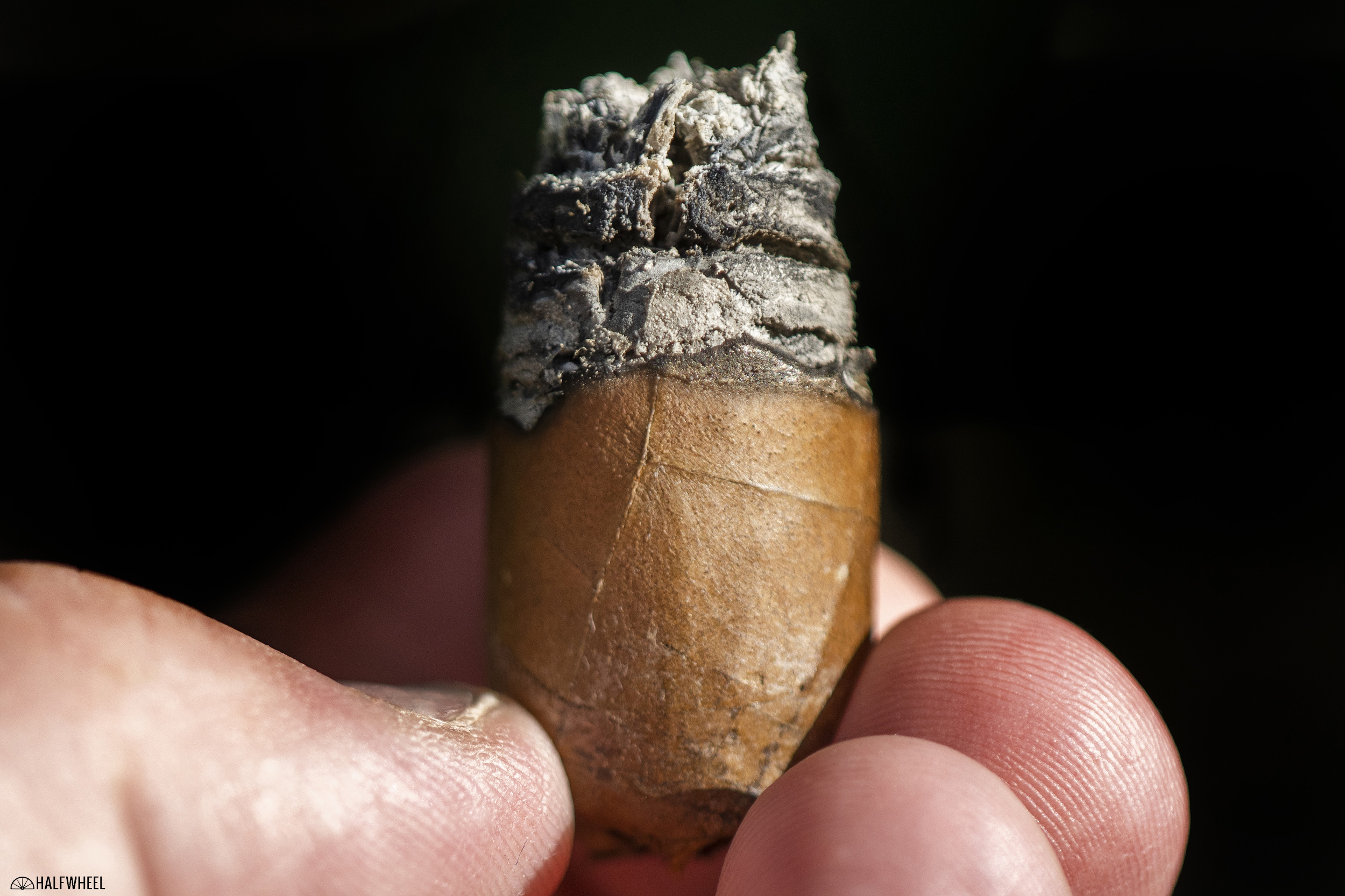 I don’t mind saying that, being a new brand, I have never heard more than a passing mention of Platinum Nova before meeting Abzaradel and Riego late last year. What I found was a blend that was nicely balanced throughout and featured better than average construction, but did not have even close to the complexity or the number of flavors I would expect in a cigar that retails for nearly $22. In the end, although I can't recommend the Personal Reserve Leo X specifically, it won't stop me from trying any of the other blends in the Platinum Nova portfolio.