In 2016, Karen Berger unveiled her K by Karen Berger line at the IPCPR Convention & Trade Show, two years after her husband—and industry veteran— Enrique “Kiki” Berger passed away in 2014. Enrique Berger was one of the first Americans to come to Estelí, and he established a cigar-making operation, Tabacalera Estelí, as well as a farm.

Since that time, the K by Karen Berger brand has grown in leaps and bounds, including the release of four new cigars at the 2021 PCA Convention & Trade Show.

The booth was the same layout as last year, but the outfit that Karen Berger is wearing is wonderfully unique and she is as radiant as ever as she shows off her new cigar that is being released at the show. 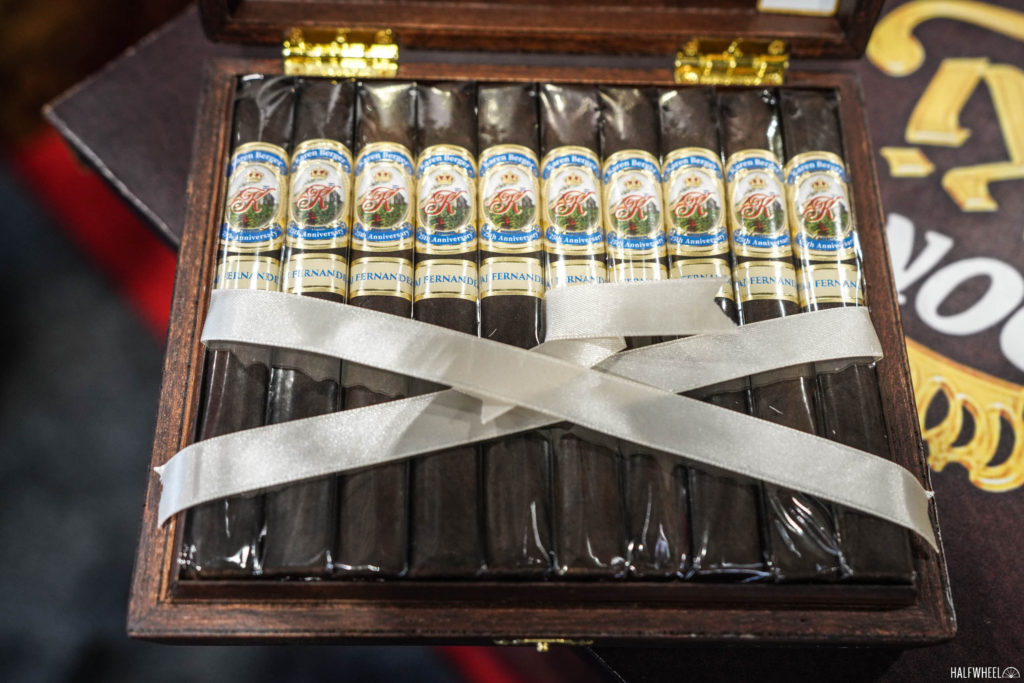 The aforementioned new cigar is being made be made at AJ Fernandez’s Tabacalera AJ Fernandez de Nicaragua S.A., in Estelí. The name references the more than 25 years that Karen Berger and Kiki Berger have worked in the cigar business.